The other month, we took at look at really cool, game-changing Diablo 3 legendaries. Today, we’re gonna have a look at sets. “Set” items are a special kind of legendary that grow more powerful the more pieces you are wearing. The set bonuses that they unlock can lead to some crazy and unique builds. Here are some of our favourites. 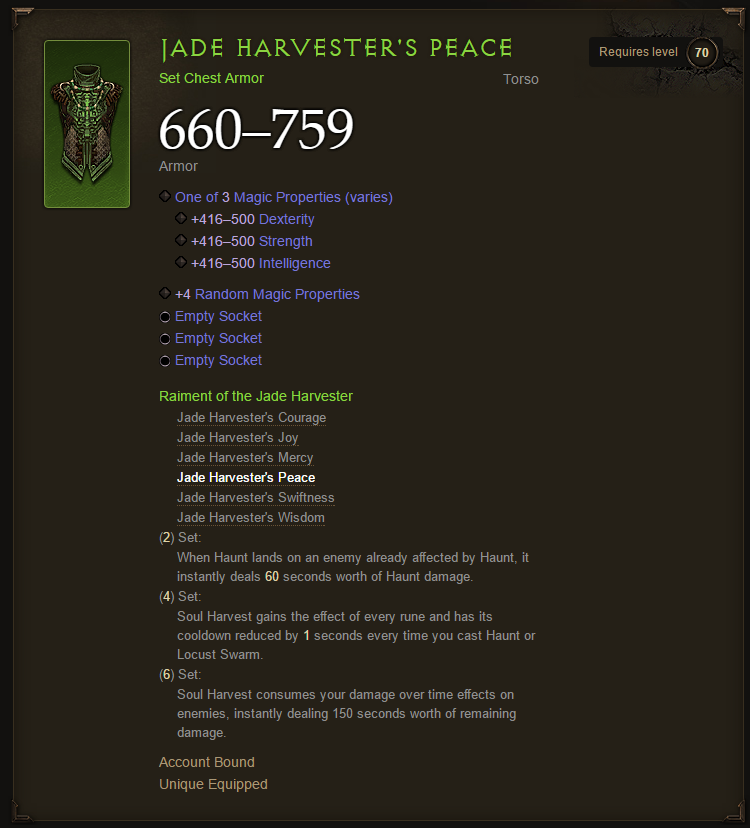 Jade Harvester is a great set that turns the Witch Doctor – usually known for his pets, into a kind of one-hit-kill monster. It’s built around loading enemies up with damage over time spells, gathering them up, and then “harvesting” them for massive damage with Soul Harvest. 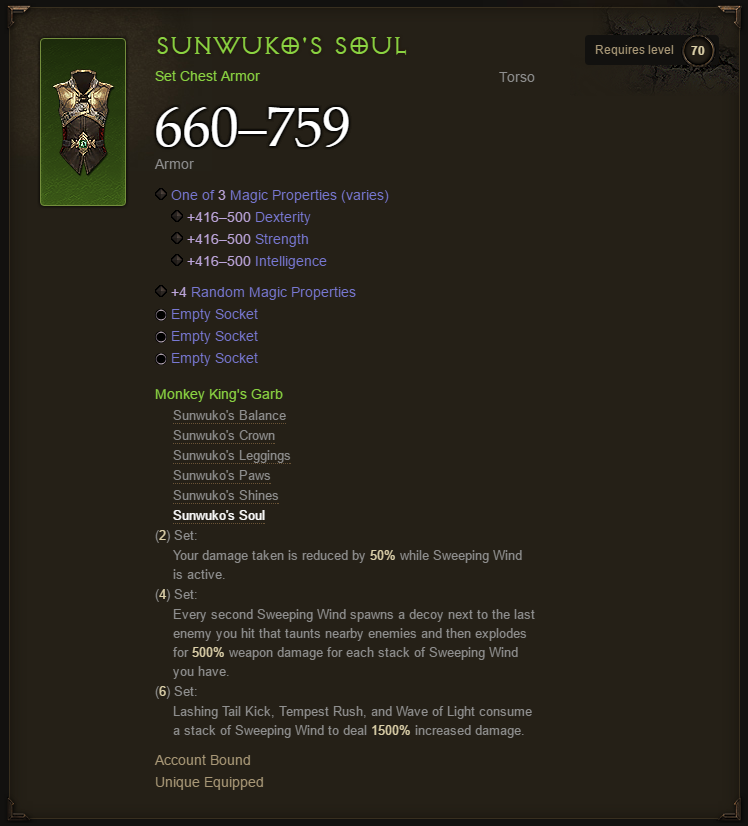 The Monkey King’s Garb is a Monk set that puts a heavy emphasis on Sweeping Wind. When combined with other legendaries, such as several that boost the damage of Wave of Light or Tempest Rush, it can lead to massive damage and heaps of surviveability. 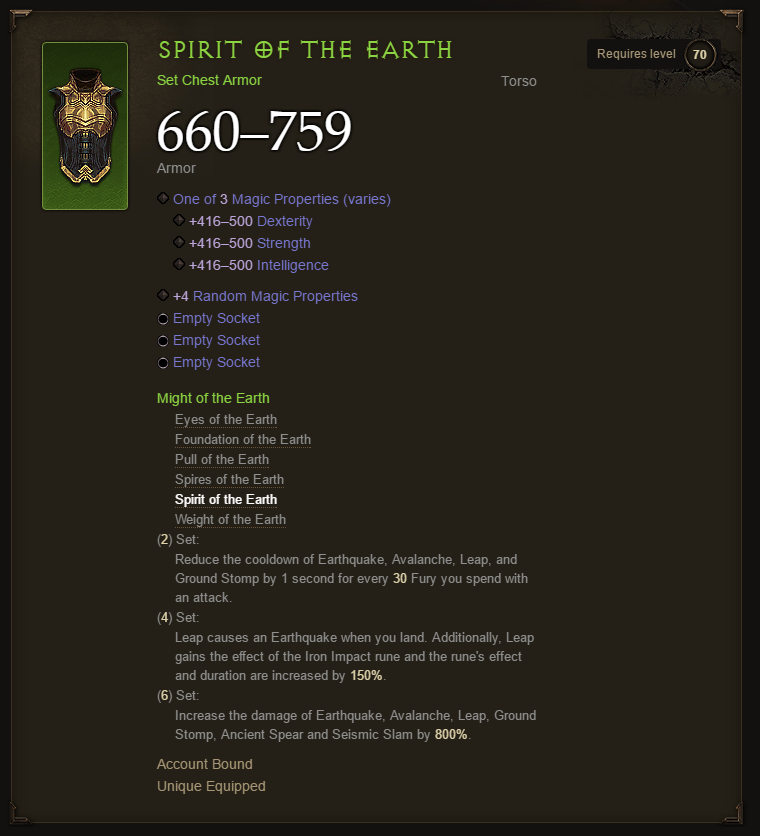 Also called the “LeapQuake” set, Might of The Earth is a fun set that lets Barbarians leap around the map, causing earthquakes wherever they land. 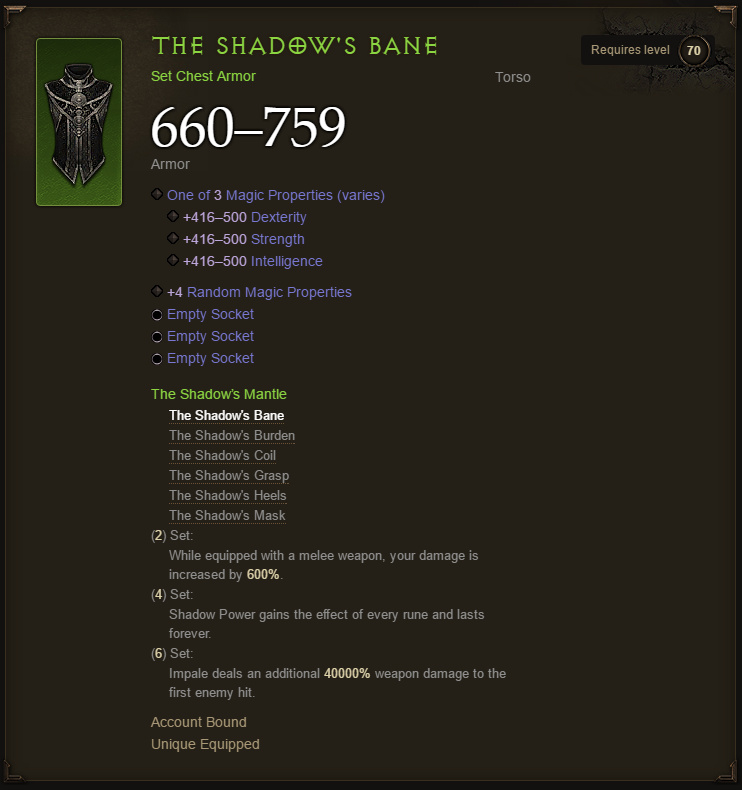 The Shadow’s Mantle is a great set because it finally allows the “melee Demon Hunter” built to exist. It’s a great example of a good set: something that really makes you think outside the box and allows a class to do something that it can’t normally do. 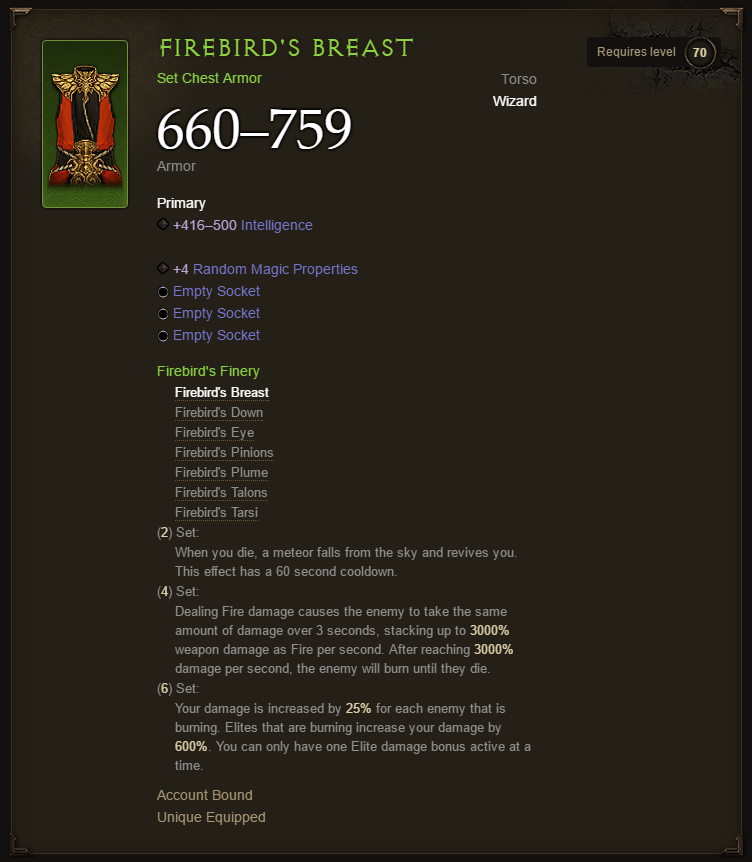 Firebirds is a very visually appealing set with a clear theme: fire. It rewards Mages for focusing on fire spells, and as an added bonus, gives them a “get out of death free” effect. 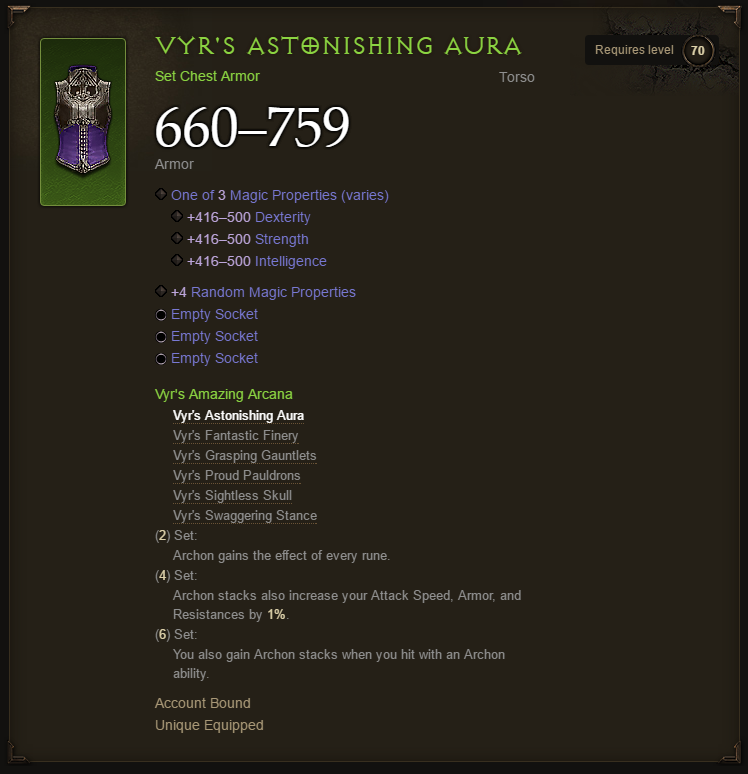 Another Mage set, Vyr’s Amazing Arcana has been reworked significantly from its initial release. Being in “transformed” forms, like Archon, feels really cool, and having a set focused on that form makes it feel even cooler. 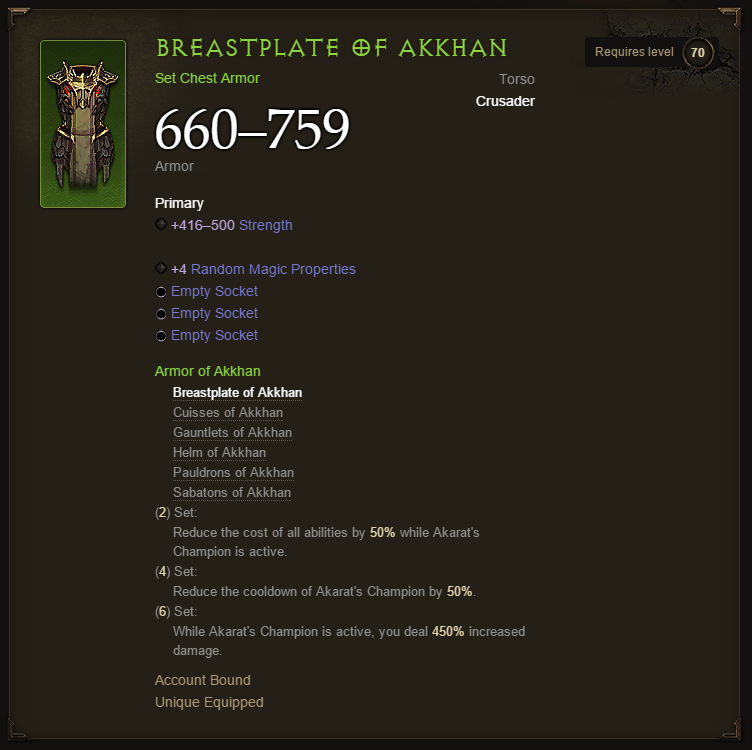 Just like Vyr’s does with Archon, Armor of Akkhan focuses on the Crusader “transformed” form: Akkarat’s champion. With enough cool down reduction, it is possible for Crusaders wearing this set to be in this form 100% of the time. 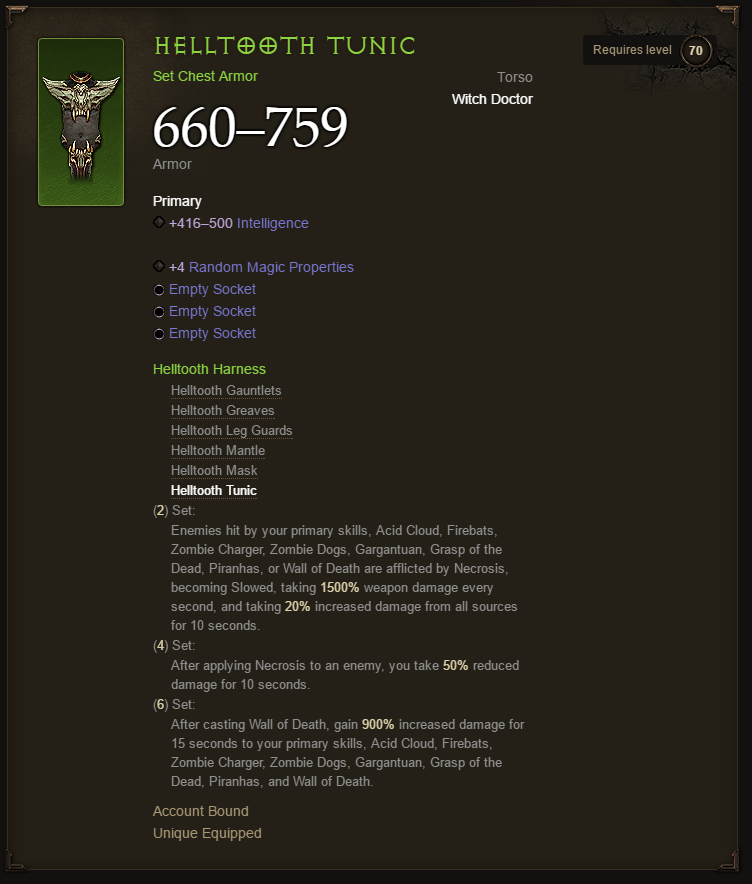 Helltooth is a great set because it has a lot of versatility. You can try and build the entire thing around Wall of Death, using items like Jeram’s Bracers to stack multiple walls on top of each other. Or, you can use it to power up your pets, using items like The Small Man’s Finger to benefit from the necrosis damage buff.

Those are some of our favorite sets. How about yours? Let us know in the comments.