Being a video gamer in today’s world is, to put it mildly, kind of amazing. There are always tons of amazing games to check out, there are multiple great systems, and there’s a huge community to interact with. But if you’re an old-school gamer, you know that today’s new gamers have missed out on some awesome things in our hobby’s past. Not specific games or franchises, but just things that were different in the old days – like these eight examples.

Remember cheat codes? If you knew the right combination of buttons to press, you could unlock anything from upgraded weapons to lots of extra lives, and you didn’t need to buy any DLC to do it. The most famous of these was the Konami Code (Up, up, down, down, left, right, left, right, B, A, Start), which ended up not only in numerous Konami titles, but also becoming a gaming culture staple. Don’t believe me? Enter it on your keyboard while on The Escapist and see what happens. 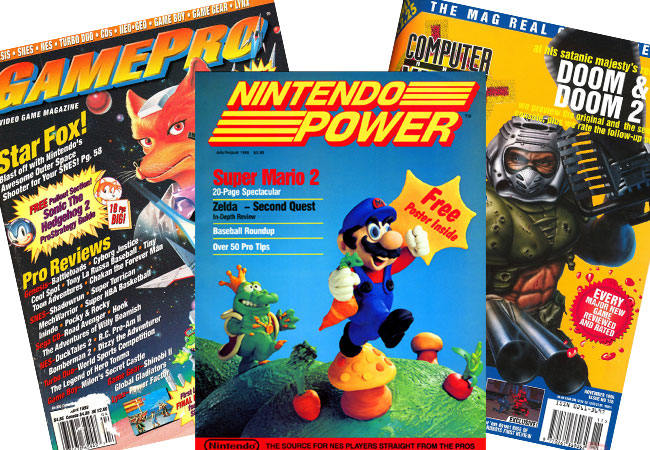 A wide selection of gaming magazines

While Game Informer, PC Gamer, and a select few still exist, there used to be a plethora of gaming magazines. There were official mags for every console, cheat code mags, genre-based mags, and plenty more. No matter what you were into, you could pretty much find a magazine devoted to your niche of gaming. Of course, the advent of the internet made many of them obsolete, so unless you’re into the select few still publishing, you’re out of luck. Another casualty of the fall of the print mag was… 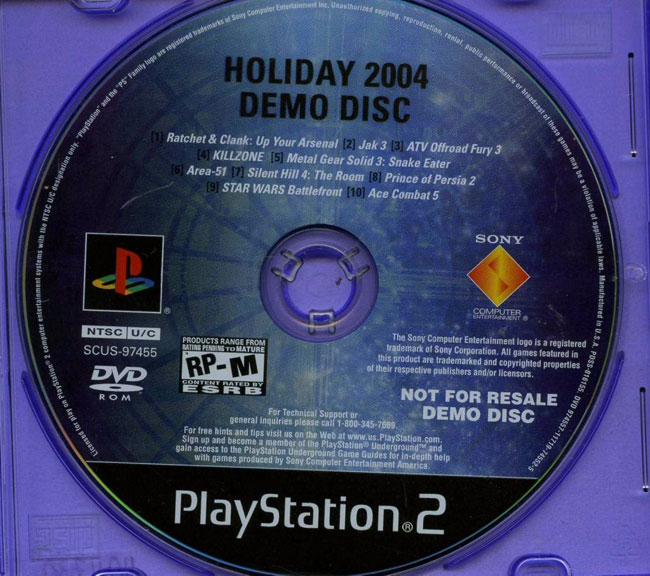 Demo discs (and demos in general)

Classic consoles didn’t connect to the internet, and PC connections speeds were much slower. This meant that companies needed a way to get game demos to gamers, and for that, they used demo discs. Distributed at stores or through magazines, a disc would contain four to six demos of upcoming games; little snippets designed to pique your curiosity. Unfortunately, these discs are mostly extinct, and the game demo has gone with them. Instead, we now have “gameplay betas” that serve the same purpose. 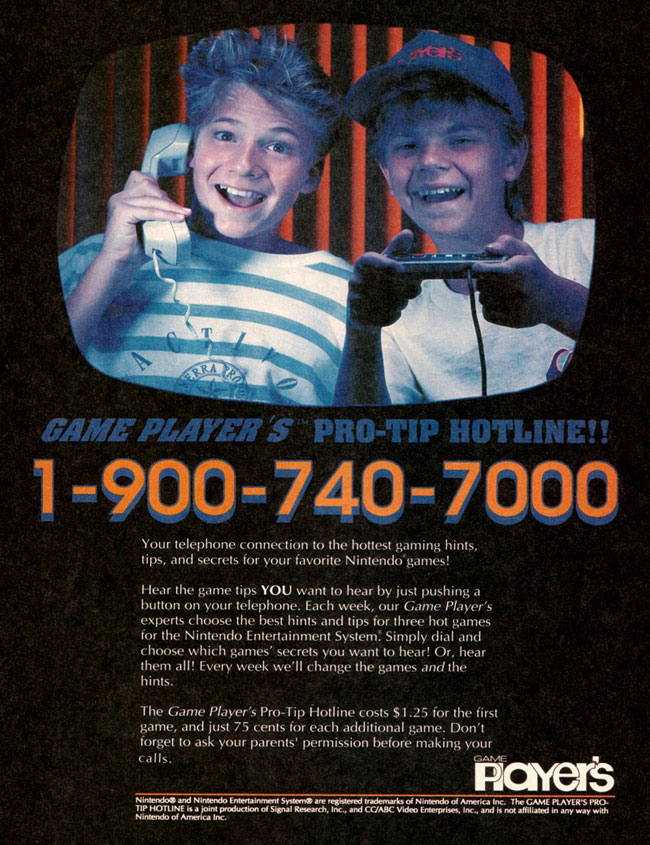 Back in the early days of the console, and before the internet provided this service at no charge, you could call a “tipline” to get hints on how to proceed in a game. Nintendo, for example, would advertise this service in Nintendo Power magazine, as well as in the instruction manual for pretty much every game. The calls were pricey, and if you didn’t understand the economics of making them, your parents were in for a rude awakening when the phone bill arrived.

This one is a personal loss for me. I’ve always loved reading the instruction manuals in a game. In years past, they’d not only tell you what the controls were, but they’d tell the backstory of a game as well. As an added bonus, once you read the whole thing and paged past the legalese that was always included, you’d usually find a couple of blank. lined pages for you to take notes on. It may sound weird today, but I can remember filling those pages with plenty of notes as a kid. 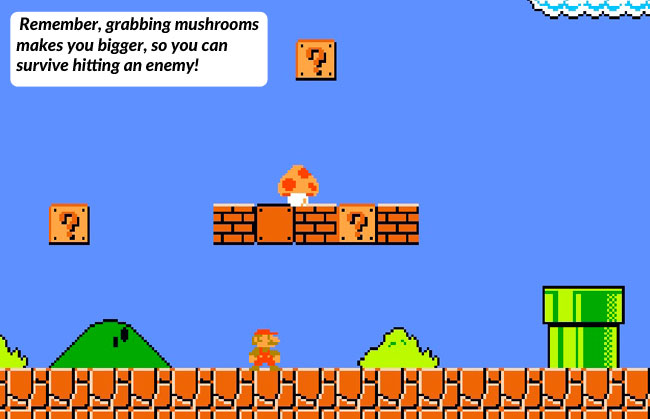 A distinct lack of hand-holding

These days, games like to hold your hand, especially in the beginning. In today’s world, Super Mario Bros. would start out with a “Press A to jump” tooltip, and a notation that those turtles were the bad guys. But in the old days, games didn’t offer that sort of help. In most cases, they just tossed you in the pool, and assumed that you’d learn how to swim. While it could be somewhat frustrating, it was also very rewarding. It was also fun to talk to your friends and tell them that one move you figured out that they didn’t know about. 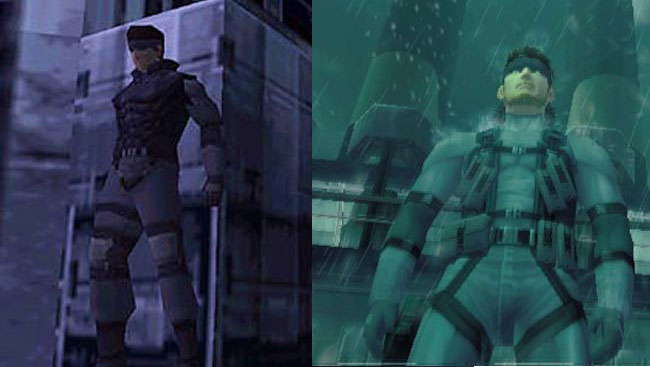 When the PS4 and Xbox One launched, one of the first things gamers noticed was that while the graphics looked better, they weren’t that much better. We’ve reached the point of diminishing returns in game graphics, with today’s advancements coming in areas like physics and other effects. In contrast, the jump from the NES era to the SNES/Genesis era was almost mind-blowing, as was the PS1 to PS2 leap. Those sort of gains in graphical fidelity aren’t really attainable anymore, and it’s a bit sad to contemplate. 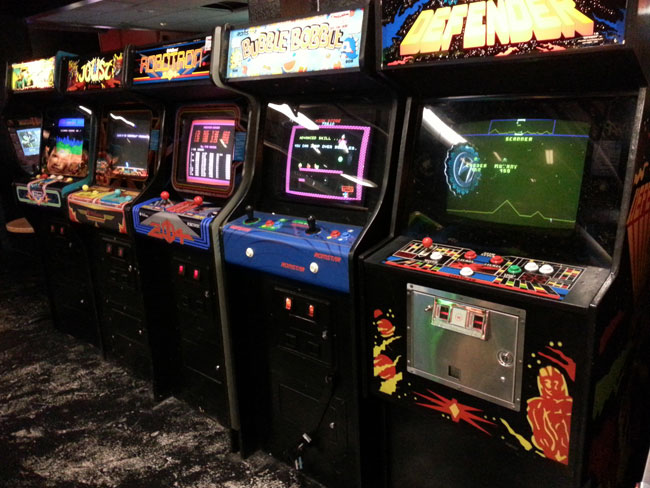 Back in the 1980s and early 1990s, arcades were everywhere, and they had the coolest games. I’m not talking about the glorified, Chuck-E-Cheese-like places where you can exchange 1500 tickets won at Skee-Ball for a spider ring – I’m talking about arcades: dark spaces stuffed with awesome games that you pumped quarters into for your enjoyment. As a kid, there was an arcade in every town, mostly because home video games couldn’t quite measure up to the games the arcade could offer. As consoles and PCs have improved, the arcade has become less and less common, to the point of being nearly extinct. While it’s true that there are still a few surviving arcades, they’re few and far between. If you’re fortunate enough to live close to one, let us know where it is so we can come visit!