Great plot twists can be something you almost never forget. The story of a game is rolling along, and then something completely unexpected knocks you off your stride. Done right, they can make good stories into great ones, and great stories into something truly memorable. These eight games employed some of the best plot (and most unexpected) twists you’ll find. Just a reminder: We’re discussing plot twists, so there are spoilers in basically every entry in this gallery.

Braid
The twist: The Princess is afraid of you

Braid was a platformer that brought Super Mario Bros. to mind in more ways than one. Not only are you platforming in a very similar way, but you’re out to rescue a princess! Throw in a bit of time travel, and that’s the game. Until the big twist hits and you learn that the princess is actually trying to get away from you, and she’s rescued by the knight. That’s when you realize that you’re not the hero – you’re the villain. If you stay through the epilogue, it becomes even more clear. 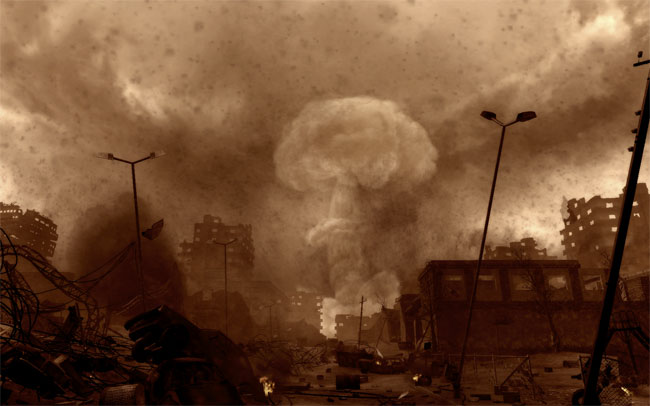 Call of Duty 4: Modern Warfare
The twist: You can’t survive a nuclear detonation

By the 2007’s Call of Duty 4: Modern Warfare rolled around, we all knew how the first-person shooter genre worked. We played the hero, we shot a lot of enemies, and we saved the world in the end. Even if we died, we just respawned and carried on. CoD4 changed all that. We’d really never seen a game’s protagonist die along the way, and to finally have it happen from a nuclear explosion was mind-blowing. It was even more impactful because of how it was presented – Infinity Ward let us stumble around the wasted landscape a bit before succumbing. 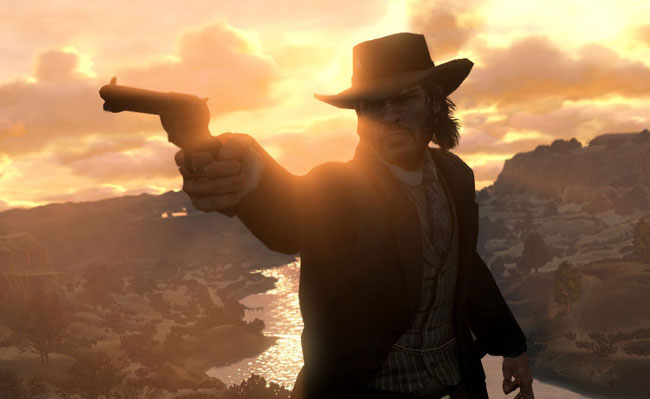 John Marston is an outlaw gone straight. He’s only back riding the range to keep the government off his back. Once he’s done that, he can go back to his simple, hardscrabble life, right? Wrong. Despite being one of the most badass gunfighters in all the Wild West (as he proves throughout the game), Marston finds himself in a gunfight that he just can’t win, no matter how fast he is on the draw. Worse, the game has the player trying to win the fight, as though there’s some chance at success. You don’t see it coming until it happens, and you’re even more surprised when the game carries on without the familiar hero. 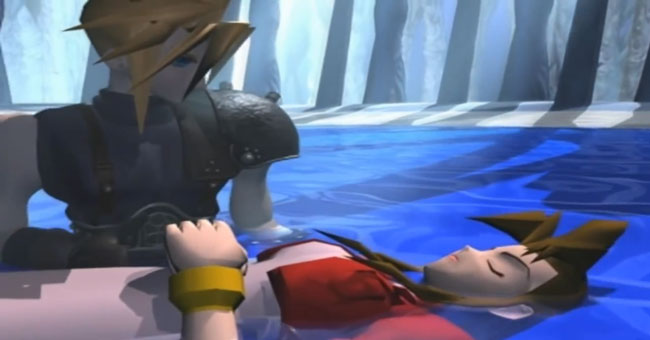 Final Fantasy VII
The twist: The death of Aeris

Final Fantasy VII is getting a remake, so even more people will be able to experience the gut-wrenching twist that comes when a character that you’ve spent countless hours training, equipping, and becoming attached to gets cut down. Aeris seemed to be set up as a continuing character – one that’s important to the story – but that’s all changed when Sephiroth cuts her down. It’s been called the most shocking moment in a videogame more than once, and with good reason. 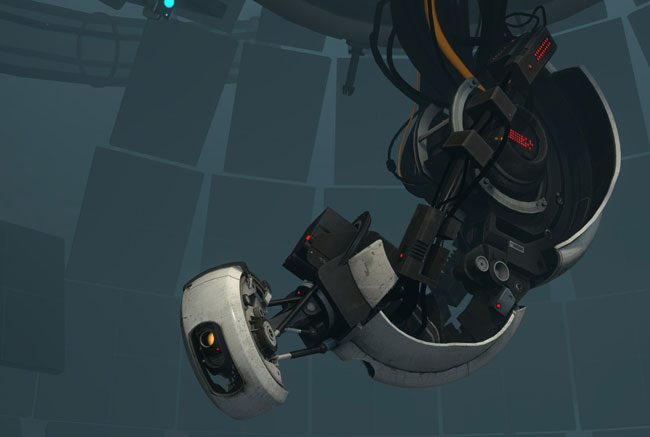 Portal 2
The twist: GLaDOS is on your side

After the events of Portal, it’s no surprise that you accidentally activate your old nemesis, GLaDOS, who soon gets up to her old tricks again. With help of a small, round robot AI named Wheatley, you decide to take GLaDOS out. Unfortunately, Wheatley ends up taking her place in control of Aperture Science, and he goes mad with power. Next thing you know, you and GLaDOS (who at this point is ensconced in a convenient potato) are working together, trying to place her back in control of the facility. It’s even more surprising when she lets Chell leave after she regains control. 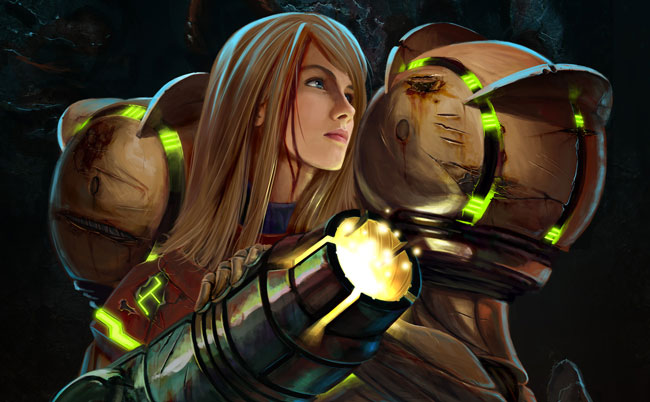 In 1986, action games followed a basic formula that went something like this: badass guy (or guys) take on overwhelming odds and save the world. While the setting changed the formula rarely did. So you can imagine the surprise that gamers experienced when they finished Nintendo’s sci-afi action-adventure only to find that the badass hero they’d been beating down on enemies with was actually a female. I remember the deep discussion that were had around school about it, and it still remains one of the biggest surprise reveals of all time. 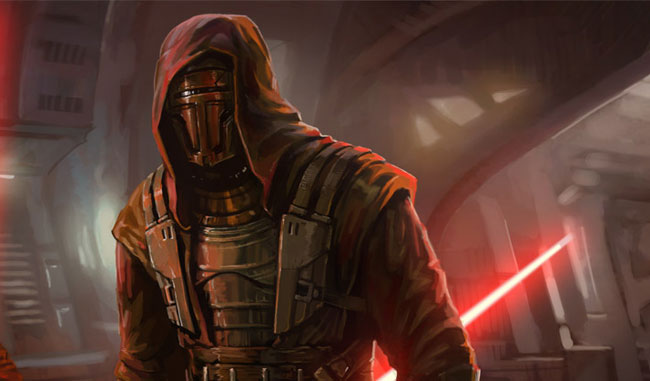 Star Wars: Knights of the Old Republic
The twist: You are Darth Revan

At the outset of Star Wars: Knights of the Old Republic, you’re a Jedi with amnesia who’s being trained to fight against a Sith named Malak. He’s only slightly less scary than his deceased master, Darth Revan. After your training is complete, you search the galaxy for Malak, travelling to a number of different planets with your companions. Only deep into the story do you realize the truth: YOU are Darth Revan. It’s a brilliant twist, made all the more so by how the game handles it. You can choose to turn aside from from your evil past, or you can embrace it. It’s a rare twist that can work no matter how you choose to proceed, but this is one that does. 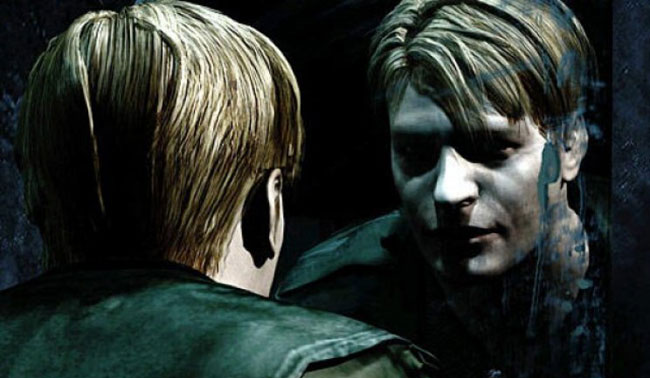 As James Sunderland, you spend the vast majority of your time in Silent Hill 2 searching for your wife, Mary. You believed her to be dead, but after receiving a cryptic letter from her, you’ve headed to Silent Hill to find her. Throughout your time in town you’re pursued by weird monsters, and you even encounter a woman named Maria who looks suspiciously like your missing wife. When you’re deep into the story and fully invested in finding Mary, the game hits you with the twist: Mary’s already dead, and James knows it because he killed her. Everything falls into place after that, and you realize that the town isn’t there to hide Mary – it’s there to punish James.