In case you somehow didn’t notice, we’ve spent the past week celebrating the 30th anniversary of The Legend of Zelda. Throughout the week we’ve looked back on the past three decades, ranked the top 10 games, reminisced about the evolution of our hero in green, talked about the 10 most memorable characters from the games, and today we looked at the influence the franchise has had on the industry as a whole. With a gallery to myself, of course I was going to make it a Zelda-themed one! So without further delay, here are my 8 favorite weapons from The Legend of Zelda, in no particular order – excluding the Master Sword, because that’s a given.

Did we miss your favorite? Let us know in the comments!

Making its first appearance in A Link to the Past, the Hookshot has become a recurring item in The Legend of Zelda, and it’s ridiculously useful. You can use the Hookshot for travel – if you shoot something and the Hookshot latches onto it, Link is propelled forward to that location. Maybe an enemy is too far away and your legs are tired? No worries! Hookshot that jerk and he’ll come to YOU. You can use it to kill small enemies and stun bigger ones. 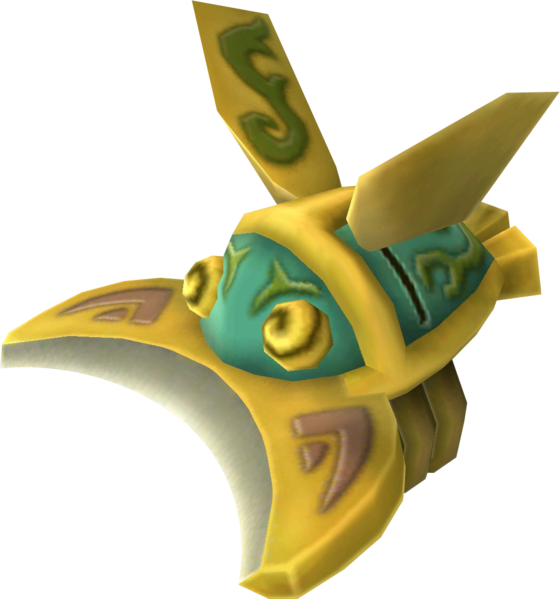 The Beetle made its debut in Skyward Sword, and was easily one of the best parts of the game. It’s basically what happens when the Hookshot takes steroids, combining the best parts of the weapon with aspects of the boomerang and even the bow – but it does it all while maximizing the use of the motion controller. But hands down the best part about the Beetle – it can take bombs, carry them, and drop them on enemies, for funsies. YES PLEASE. 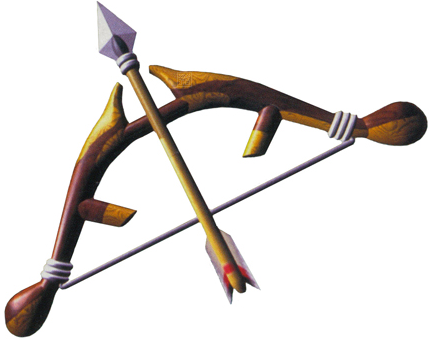 Ok, so by itself the Bow is underwhelming. But it’s earned its place on this list, overshadowing plenty of other cool weapons, because of what it can do with some upgraded ammunition (arrows). Do you want to just shoot something far away? Ok, the Bow is useful. But listen, what if you want to shoot something far away with fire? The Bow can do that too. Ice? Check. Light? Affirmative. Sure, not every game gave you those awesome arrows, but the Bow? It was ready for them. 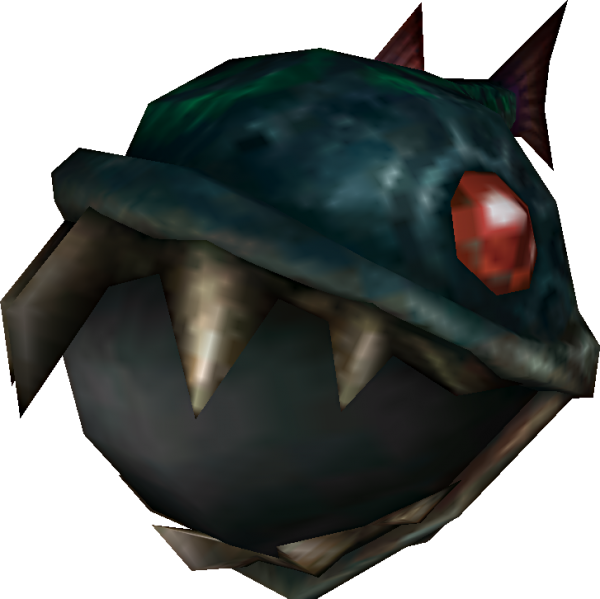 Water. Bomb. A bomb that can explode under water. Why was this not always a thing? Oh yea, because of that whole fire and water thing. This is freaking genius. Many a time have I wanted to blow shit up underwater and both the game and logic were like “no honey, that can’t possibly happen.” But you know what? It did happen. Sure they’re more expensive and there’s a ridiculous limit on them, but none of that matters because Water Bomb. 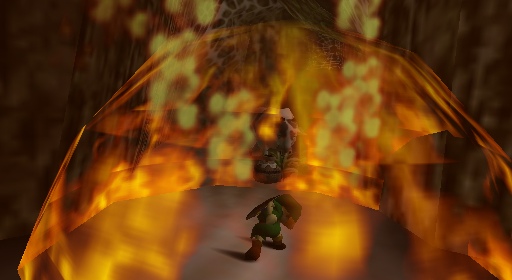 If this list were set up from worst to best, Din’s Fire would, every time, rank in the top two for me. Few abilities in The Legend of Zelda are as useful as this spell – if you want to light a bunch of torches at once, that’s fine, but you have a fire dome, with the ability to incinerate every living thing within a surprisingly large radius around you. Few items that have ever appeared in any of the games have been as brutal as Din’s Fire. 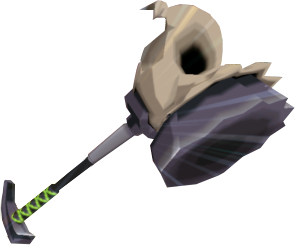 Hammers are common in the Zelda franchise, and have uses both in battle and in solving puzzles. I’ve loved many a hammer in my day, but none have been as cool looking as The Wind Waker‘s Skull Hammer. I mean, look at it. It has a skull (duh) and sends out shockwaves when it hits the ground, so you can miss an enemy and still not miss. The best thing to do is to shoot an enemy with the Ice Arrow and then smash it with the Skull Hammer. No mercy!

I remember the first time I went on the quest for this sword in Ocarina of Time. “How could this possibly even be worth it?” I thought to myself, the stupid child that I was. I embarked on a surprisingly long mission, tasked with delivering eye drops to a giant Goron. But at the end, I got the most badass sword ever. It’s massive, strong as hell, and deals twice as much damage as that puny Master Sword. It might be an optional side quest, but getting Biggoron’s Sword was never “optional” for me. 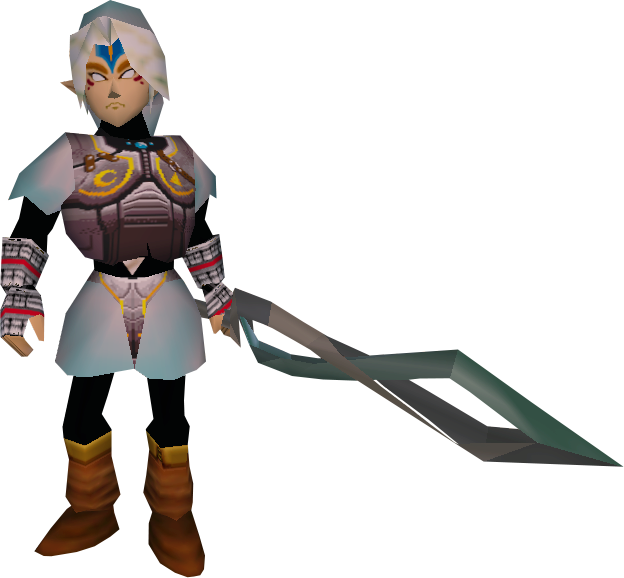 The Fierce Deity Mask isn’t so much a weapon as it is a mask that turns you into a weapon. You remember flipping between child Link and adult Link in Ocarina of Time? Well in Majora’s Mask, you throw this bad boy on – after you’ve gotten it, of course – and become a giant adult version of yourself. It is, hands down, the most unapologetically badass thing from any Zelda title. YOU CAN SHOOT SWORD BEAMS, you can take out most bosses with, like, four hits…. and now I miss Fierce Deity Link.