This coming holiday season will be seeing a whole slew of people heading back home to spend time with family. To fill those awkward silences we suggest a board game. We’re giving you eight suggestions for games that aren’t too nerdy for your family, will keep the conversation away from politics, and stop cousin jimmy from being too obnoxious. 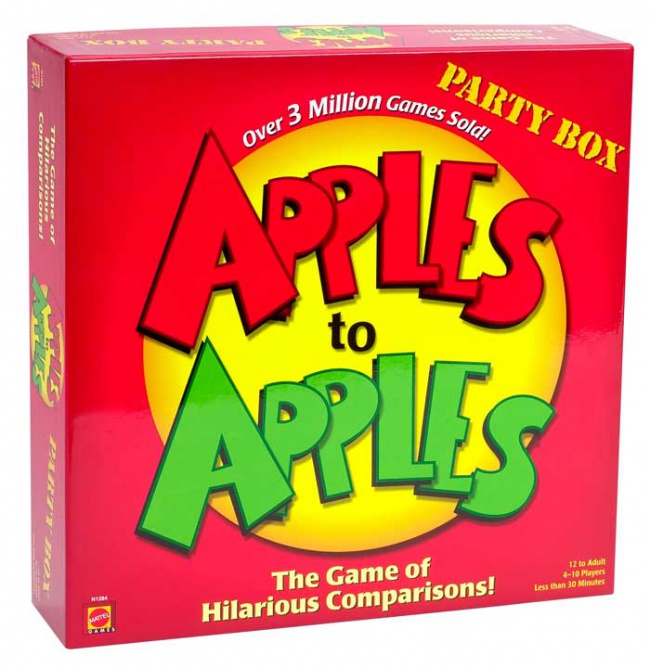 Apples to Apples is the perfect way to get everyone in the family involved. This fun time will have you basically playing Mad Libs with everyone. They pick a sentence with a word or two missing and everyone else at the table has to choose what would best fit the sentence from a set of cards with chosen words upon them. It’s basically a family friendly version of Cards Against Humanity, be sure to keep that filthy minded cousin of yours from playing the game like it is Cards Against Humanity otherwise this can get pretty dirty pretty quick. 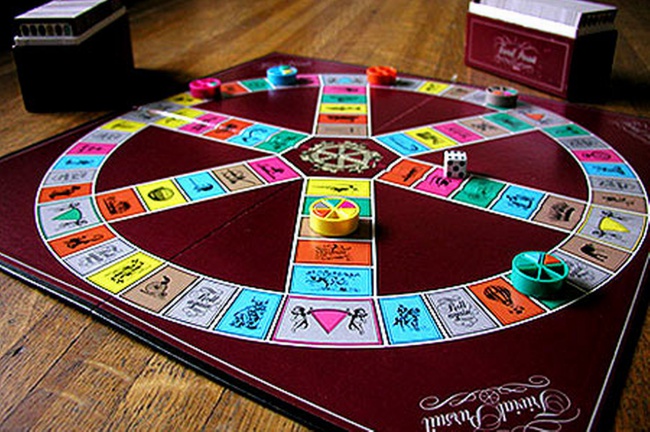 Trivial Pursuit is what separates the nerds from the non-nerds, in that the sports section will usually decide the winner. If you’re playing with your family that loves sports and pop culture you may met your match so avoid playing against them, instead play as teams and grab that sport loving bastard and get them on your side. This game is best played in teams, just so that you can compliment your inadequacies as a trivia master with the brains of those around you. So join together with a bunch of people to make this more fun, and more fair. 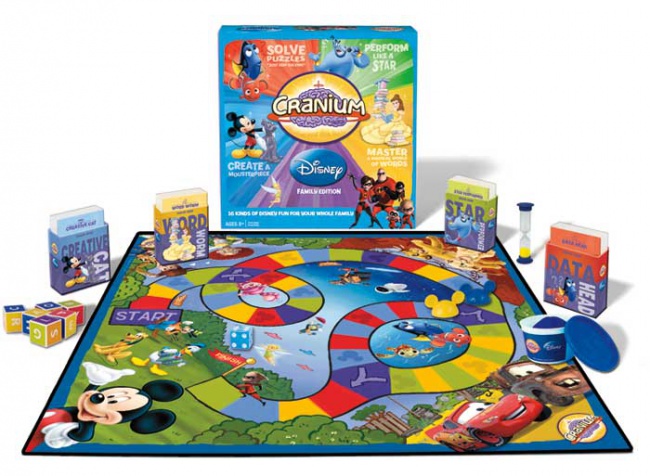 Cranium will assault every sense. If not through the drawing and yelling then just the quality time spent sniffing the play dough that comes with the game. This will have everyone working together to belittle the one person on your team that can’t draw, or rather the one person on your team that decided that they would do the drawing. That’s the last time you volunteer to do anything with these people, but don’t fret because you can get back at them when they mold the play dough into something that would puzzle Picasso. 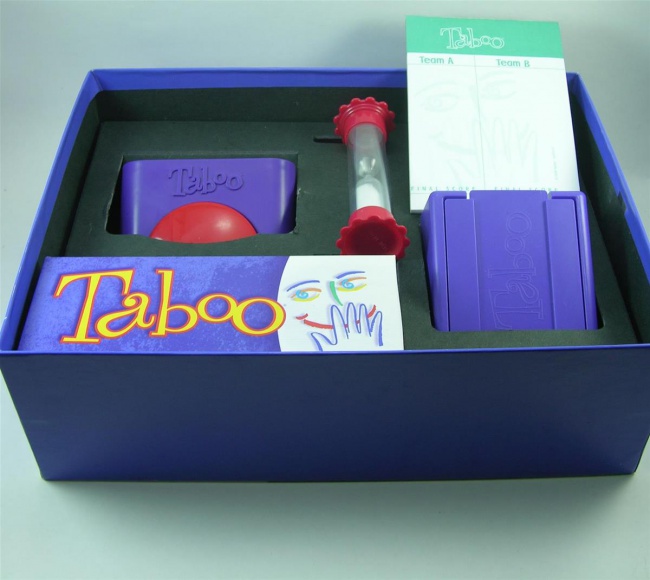 If you’re into the team thing then we have just the game for you,Taboo. This two versus two game can find the weak spot in any relationship and eat away at it. Taboo is best played with someone that you know extraordinarily well as your teammate, even then though this may, and probably will, result in you two yelling at each other because they couldn’t remember that one time they did that thing that reminded you initially of “In Laws”. Because they didn’t remember that one time that Bethany threw up at Sarah’s birthday party. It makes sense, why wouldn’t they get that. 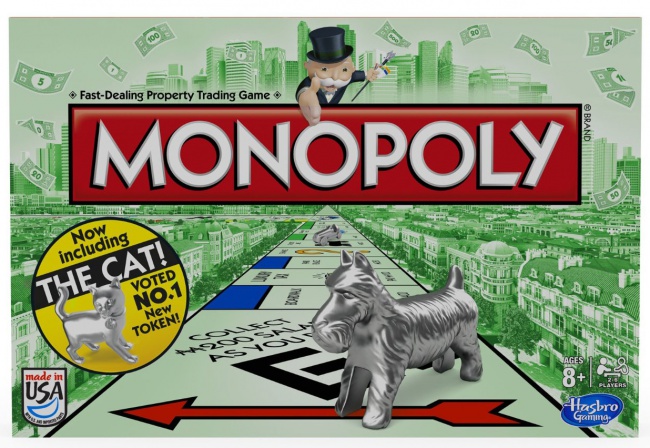 Monopoly, or Capitalism: The Game, sends you around the board to purchase property and win beauty contests. This is the perfect game for the family, multiple people can play, and alliances are encouraged. Although be careful who you choose to ally with, because Uncle Jim will stab you in the back the first chance he gets. He said that he wouldn’t go after all four railroads, but you know that he’s trying to trade for the other two from your cousin Jessica, and then here comes $200 every time you land on Reading Railroad. Damn you Uncle Jim. 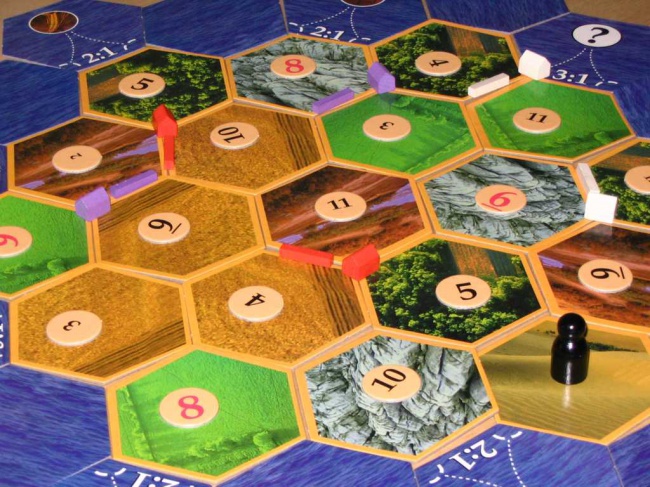 Settlers of Catan will have your aunt asking you for wood for her sheep, this will result in a giggle fit from everyone else in the vicinity except the aunt that wanted that damned wood to begin with. This settler sim has you building cities, bigger cities, and roads. Remember the roads because someone is guaranteed to get pissed someone else cut off their road, now they can’t get the longest road. Prepare for some hurt feelings, but if they couldn’t take the harsh realities of settling a wasteland then they shouldn’t have gotten into the settling business. 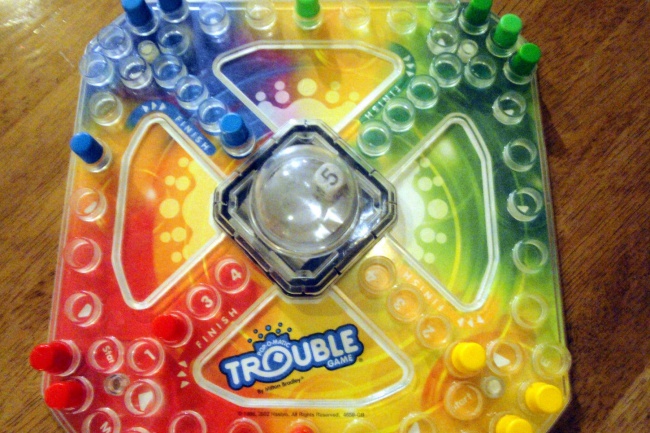 Pop-O-Matic Trouble is the dumbed down version of Sorry, which is really the dumbed down version of Parcheesi. The fun of the game is the Pop-O-Matic bubble on the board, the real fun is to forget the game altogether and just focus on annoying everyone else by popping the die over and over again til someone yells for you to stop. If you want to take this all up a notch use the Pop-O-Matic die attached to the board for other games, it’ll lighten up the mood and get your grandfather to scream at you to leave that damned thing alone. 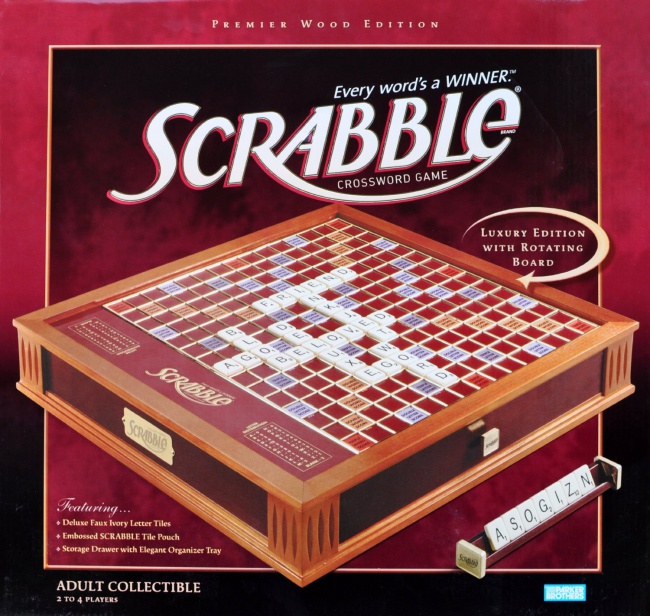 Scrabble is the perfect way to get relatives to read the dictionary. This game will leave you screaming that its rigged because you keep getting vowels, how in god’s name can you spell anything when you just have three I’s, two A’s, and an E. This will ultimately give everyone an enjoyable time, it’s a tough game to screw up and if you go in with a good attitude it could possibly endure through all of the times you can’t put anything anywhere and you’re forced to spell “DO”, just so you can get rid of one of your damned vowels.