Without question, Divinity: Original Sin was one of the best RPGs of 2014. Developed by Larian Studios, the Kickstarter-backed game launched in late June, and was soon receiving solid reviews from around the internet. This morning, Larian announced a sequel, and although the first game was quite good, we do have a few suggestions for them on how to make the second game even better.

Got a suggestion of your own? Tell us in the comments! 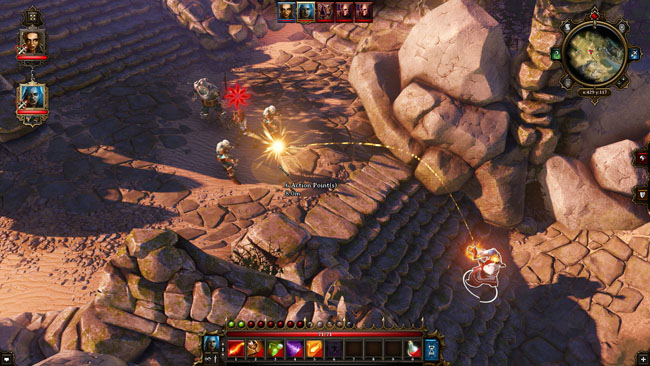 DO: Add a Little More Guidance

One of the most common complaints leveled at Divinity: Original Sin was that it was far too easy to lose your way and not find it again, mostly because the game offers little in the way of guidance. That’s certainly true, and while the process of discovery is a big part of the game, it wouldn’t hurt to make things a little more clear, even if it’s just an option that can be turned on if the player wants it. It needn’t be something blatant, like a big arrow on the screen. It could be subtle, like an additional dialogue option if you return to the same NPC. But however you fix it… 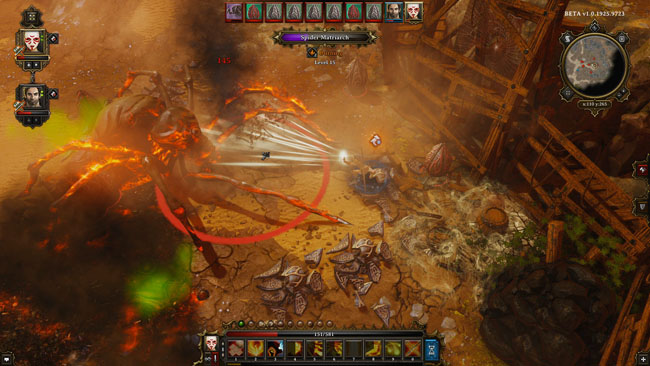 Adding a bit of guidance to help a stuck player is a fine idea, but don’t take it too far. One of the things that made Divinity: Original Sin so endearing was that it did not shy away from being really difficult. It was a complex game that combined spells, environmental status, and other effects to make a battle something far more than a dice roll. That depth and complexity is admirable (and all too rare these days), and should be preserved at all costs. 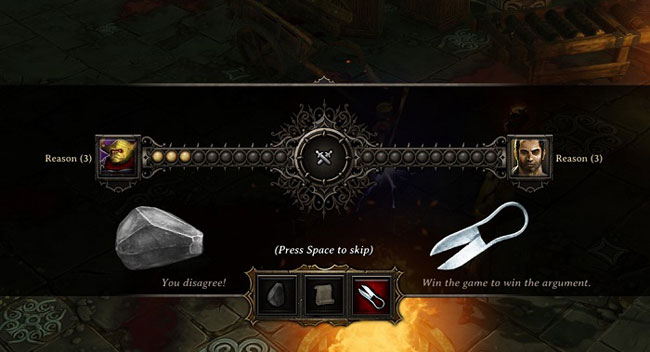 DO: Get Rid of the Rock-Paper Scissors Conversation Game

Whenever your Divinity: Original Sin characters disagreed, or disagreed with someone else, you’d find yourself playing a little rock-paper-scissors minigame, with the results weighted based on your charisma score. While this system certainly worked in context, it felt both out of place and silly. It’s no different than simply using a dice roll to resolve things, and really did no more that break you out of the game’s world for something that ultimately had little value. In the sequel, we need to use charisma checks, dice rolls, or just about anything that isn’t a forced minigame. 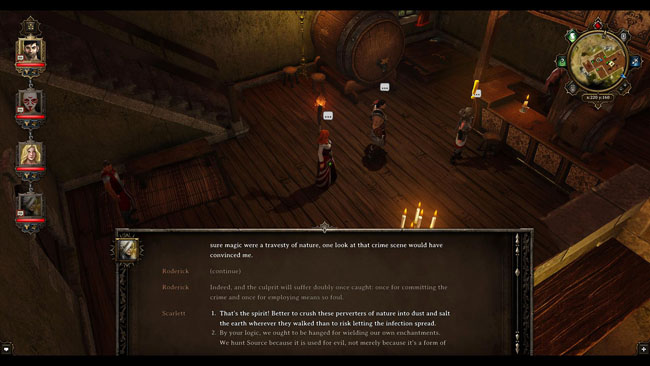 At first glance, you could be forgiven for dismissing Divinity: Original Sin’s story as standard fantasy nonsense, but as soon as you start playing, you find out that the game isn’t taking itself nearly as seriously as you are. Jokes and puns abound, even if some of them are somewhat subtle. It’s part of what makes the game great, and it absolutely needs to stay in for the sequel. Feel free to be a bit serious, but don’t lose the light-heartedness that made the original great. 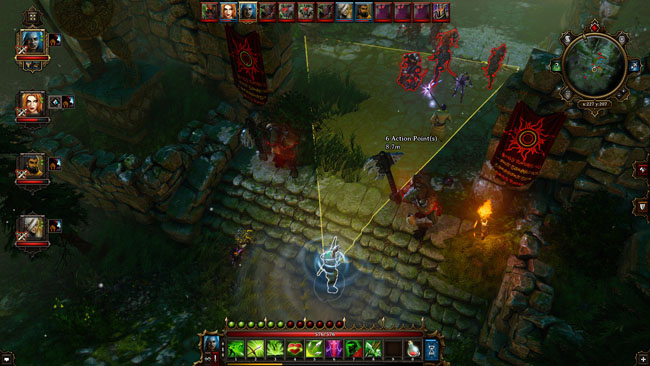 DO: Make the quest journal clearer

Alongside the idea of providing guidance comes this. The quest journal in Divinity: Original Sin was only marginally useful. It told you what your quest was, but it never felt like it was helping you find your way. Many of the quests didn’t even mention where you were supposed to go, or who you were supposed to talk to. While exploration is a vital part of the game, it stands to reason that if the character took on an important quest, he might have jotted down the details in his journal, right? 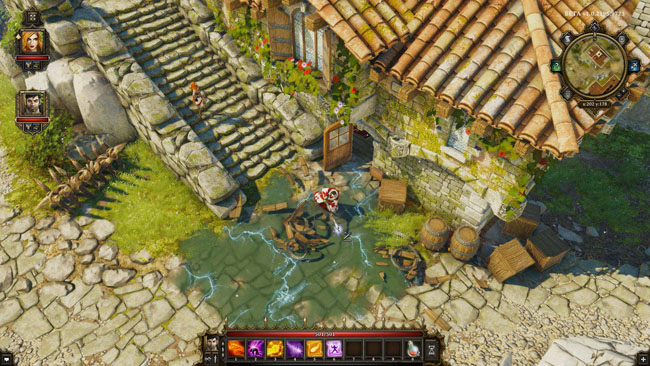 DON’T: Be Afraid to Take Risks

Divinity: Original Sin was a huge risk in and of itself. After all, the ‘conventional wisdom’ said that for RPGs to succeed, they had to be more like Skyrim and less like the classic SSI games. Now that the initial bet has paid off, Larian shouldn’t be afraid to stick to their guns and keep making the games they want to make, rather than the games that the usual suspects say are the only path to success. 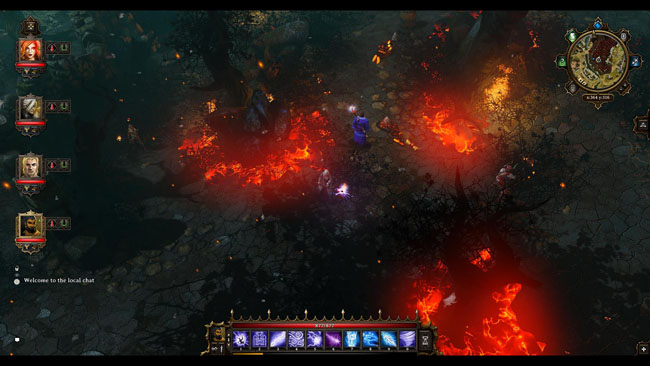 DO: Fix the Inventory System

One of my biggest complaints about Divinity: Original Sin was the inventory system. In short, it was a bit of a mess. Each character has a discrete inventory, leaving you constantly shuffling items to get them to the right person, or just to make room because you happen to be controlling the person who has no inventory space. Worse, you money is held by the character who loots it, and only that character can use their money. This makes things like repairing gear in town much more tedious, as you’ll spend more time shuffling gold pieces around than you do repairing. It shouldn’t be a hard fix, but it’s one that desperately needs to be made. 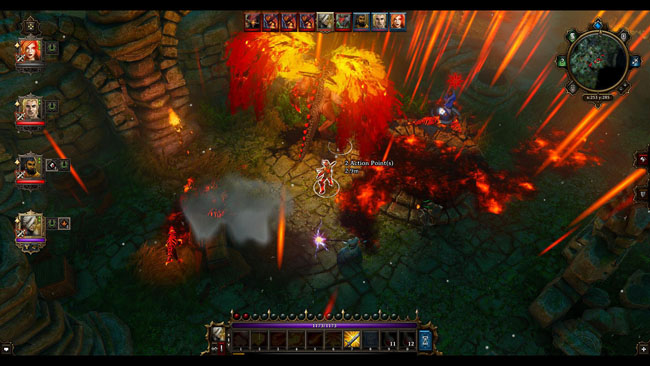 DO: Keep the mod tools

Finally, Larian needs to be sure and continue their stellar support for the mod community. As usual for a game that allows it, there are mods for everything from graphics to UI customization to difficulty and everything in between. You can dye your gear, or edit your save, all thanks to modders. Supporting mods like this extends the lifespan of a game, and it’s a huge boon for a game like Divinity: Original Sin that was born from community support in the first place.

At Long Last, The ‘Hateful Eight’ Trailer Has Arrived