The history of Dungeons & Dragons is filled with fantastic monsters. Although there are many challenging foes, there are some among this varied bestiary that stand out. Maybe they’re impossible to defeat, they’re super annoying somehow, or they’re just straight up bad news. Whatever the reason, these eight monsters are not a welcome sight to players who encounter them.

Basically a large, cube-shaped ooze that measures roughly 10 feet on a side, the Gelatinous Cube doesn’t sound all that threatening. But when you realize that it can simply engulf its opponents, paralyzing them and literally eating them alive, you begin to understand why adventurers are wary of it. Add in the fact that it’s transparent, which makes it hard to see, and you’ve got one dangerous beastie on your hands.

As if the undead aren’t bad enough, the Lich is sort of a super undead. In short, a lich is a creature that has transformed itself into a powerful undead spellcaster. Not only does the lich retain many of its abilities that it knew in life, it also gains a number of new abilities when it undergoes the transformation. Worst of all, the lich is almost unkillable, thanks to storing its life force in a phylactery, a small wondrous item that is created by the lich. Unless the phylactery is destroyed, the lich will appear to be dead, but will return to life a few days later. 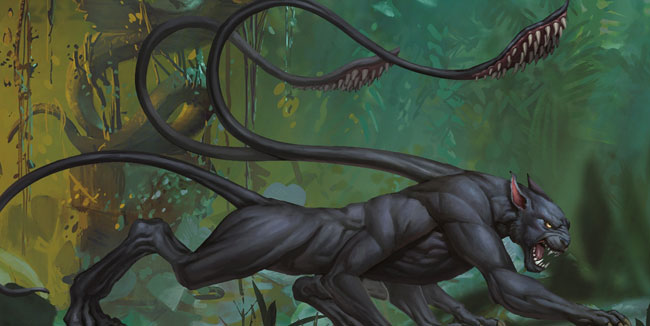 For a D&D player, there is nothing worse than taking a swing at a monster and flat-out missing, and that’s why the displacer beast is such a terrible thing to encounter. It looks like a black panther with two tentacles growing out of its shoulders, but it’s not enough to look terrifying. The worst thing about a displacer beast is that it is constantly projecting an image of itself a few feet away from its actual location. So when you swing and slice through the beast, it’s actually off to the side about strike. They’re as bad as rogues.

Dark Souls fans are probably nodding right now. Mimics are shapeshifters. They typically take whatever form they think will lure intelligent creatures to them so they can attack. If they’re hunting adventurers, this usually means chests full of gold and other goodies. By the time the unfortunate adventurer is close enough to detect the deception, the mimic is already preparing to attack. Instead of a handful of sweet, sweet loot, they’re facing an enraged monster. Talk about a letdown.

One of the most disturbing looking monsters in D&D history is the mind flayer. They look like a human with an octopus for a head, and they pack a serious punch. The use psionic attacks to paralyze the minds of their foes, at which time they close with them and use their face-tentacles to remove the brain from the head of the hapless adventurer. They also enslave all manner of beings in their colonies, using their mind powers to control the actions of the slaves. 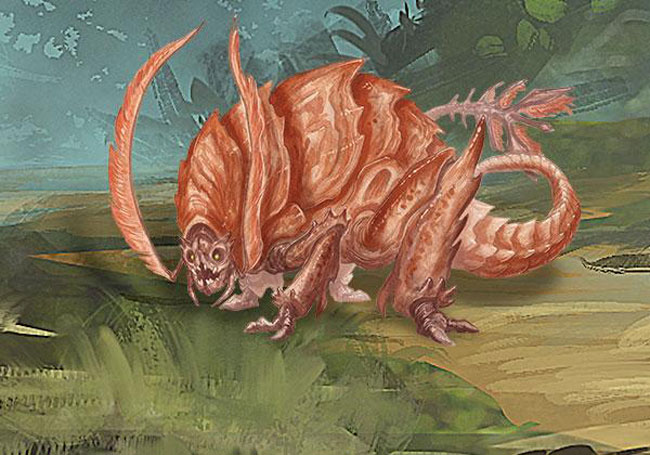 The Rust Monster is a benign enough beast. In fact, it won’t attack you at all, and even if it does, it’s not a major threat to do much damage. No, it’s the other abilities of the Rust Monster that will have even seasoned warriors in full plate mail running the other way. You see, Rust Monsters feed by eating rust from ferrous metals, and your average adventurer is covered in the stuff. One touch from their antennae can weaken or destroy armor and weapons, making them an expensive foe to confront. Your best course of action is to flee, and maybe drop some bits of metal behind you to distract the damn thing. Not sure how well that works in Neverwinter, though. 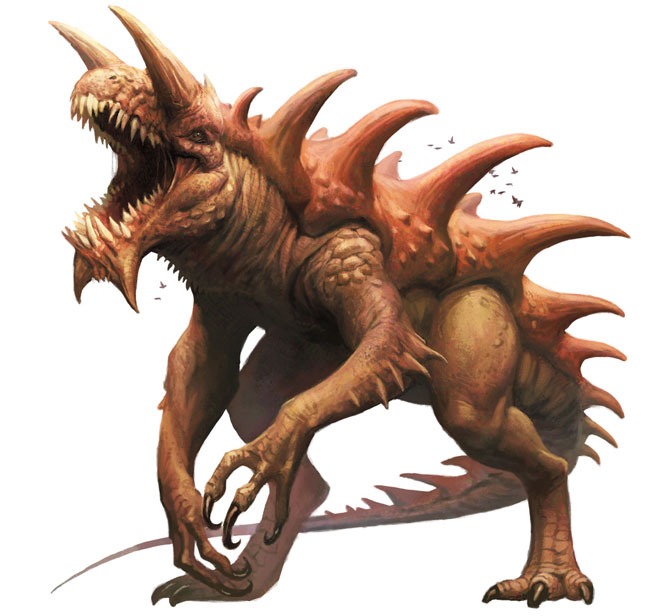 One of the largest monsters you’ll ever see in D&D is the Tarrasque. Fully 50 feet tall and 70 feet long, it weighs in at over 100 tons. It can resist almost any attack, reflect hostile spells, and even swallow its opponents whole. Just being near the beast can cause a character to become frightened, and it is nigh-on impossible to kill. The Tarrasque is the monster that you end up facing when your Dungeon Master has either given you too much gear and equipment, or when you’ve finally made him so mad he’s decided to kill you off. 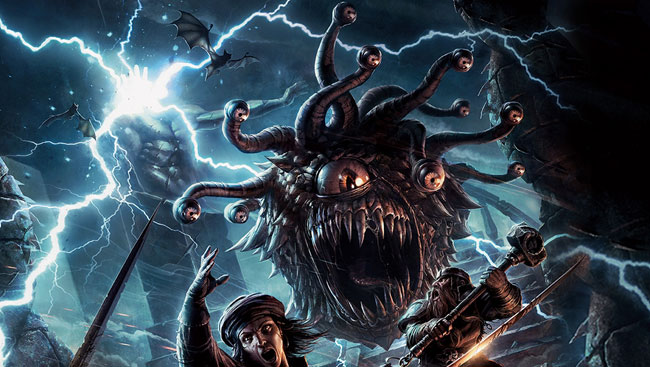 Of all the monsters one might encounter in a D&D session, the Beholder may be the most recognizable of them all. The floating, spherical being has a giant eye in its center, and number of smaller eyes on the end of stalks sprouting from its body. These smaller eyes shoot a variety of rays at enemies than can (among other affects) charm, paralyze, or even petrify their target. The beholder can even generate an anti magic field, negating many spells and effects. It’s a terrifying foe, and most adventurers recognize them instantly.

The Cosplay of Comiket 2015