It goes without saying that there are spoilers galore. You have been warned!

A special operations division of Imperial Intelligence, the Black Stormtroopers called Death Troopers wear only black armor instead of the blinding white armor typical stormtroopers wear. Those who are sensitive in the force also wear this armor sporting the name “Shadowtroopers” who made their debut in Jedi Knight II: Jedi Outcast. 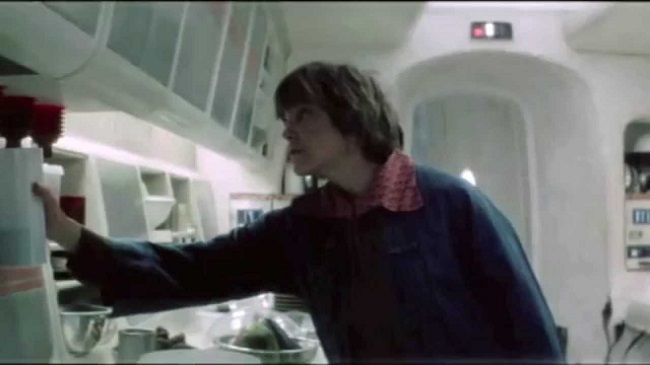 Fans of the original trilogy will remember the blue milk from the movie “A New Hope”. It makes a return in Rogue One while Lyra is grabbing stuff to make their escape.

For those that don’t know, it’s from the mammary glands of a Bantha. Enjoy! 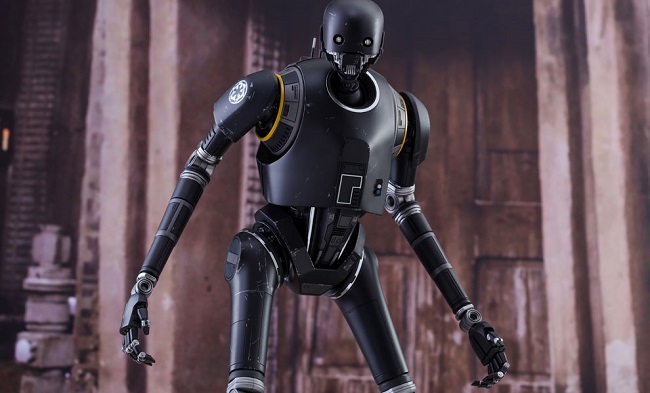 K-2SO is a KX-series Secuity Droid, also known as an Imperial enforcer droid. Enforcer droids debuted in the mobile game Star Wars: Commander. The K-2SO shares a very annoying habit with C-3PO: he’s always telling everybody the odds of failure and assured death.

You’ll recognize the moon Yavin IV as the headquarters of the Rebel Alliance. The fourth moon was first seen in A New Hope. One may recall a scene recreated in Rogue One when a Rebel Guard scans a ship taking off from the Rebel base that’s reminiscent of when a guard scanned the Millennium Falcon as it landed on the moon. 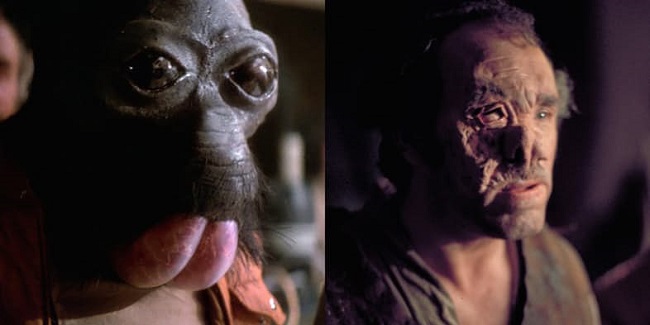 Two very unexpected characters make cameos during one of the early scenes on Jedha. Jyn bumps into none other than the scummy Ponda Baba and Cornelius Evazan. In A New Hope, they’re the two criminals that pick a fight with Luke in the Mos Eisley Cantina. 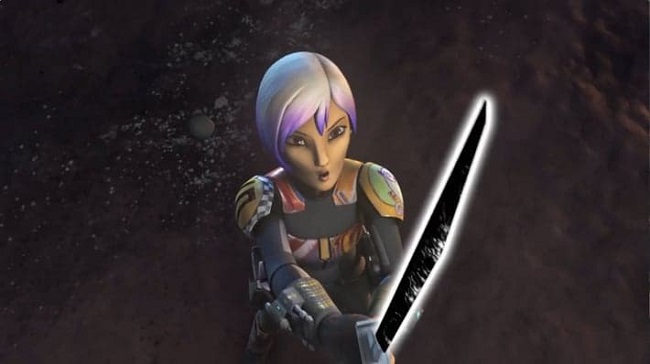 While searching through a hard drive searching for the Death Star plans, Jyn and Cassian come across an archive of files referencing a Black Saber.

The Black Saber named the “Darksaber” was favored by the Mandalorians in both Clone Wars and Star Wars Rebels. The Darksaber was from the ancient past of the Jedi order, which was stolen by the Mandalorian Clan Vizla and passed down throughout the generations from warrior to warrior. 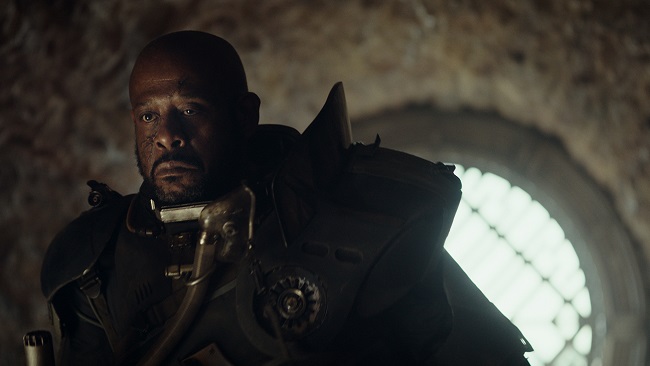 The line made famous by Admiral Akbar was also spoken by Saw Gerrera when telling Jyn about the Imperial Pilot’s defection. 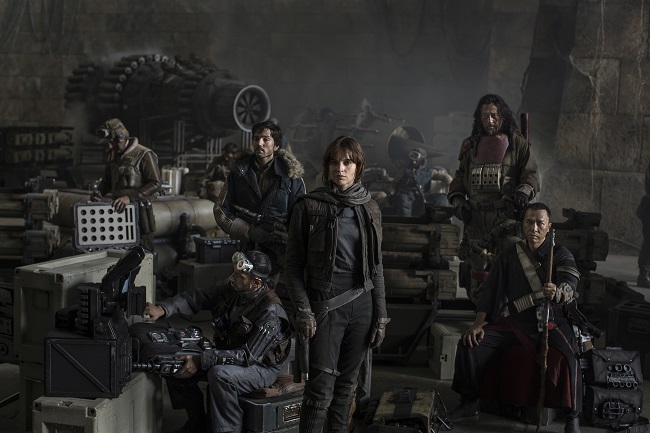 The title of the film itself is a callback to the callsign of the leader of Rogue Squadron, the elite starfighter unit of the Rebellion, and later the New Republic.