PC case mods have been around for a long time, and they vary in complexity. Some are as simple as a new paint job or adding a cigarette lighter, and some require a bit more creativity. The mods in today’s gallery are definitely the latter. All eight of these case mods aren’t just different, they’re one-of-a-kind. 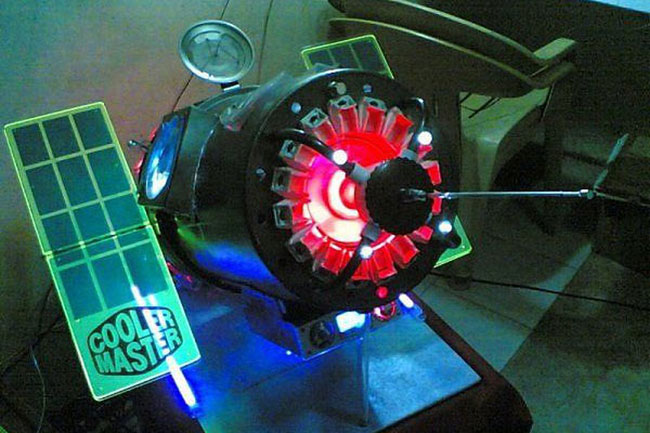 The Satella v2 Satellite was just an innocuous bucket until case modder sunnyXtremist got his hands on it. A few case fans, and LEDs later, you end up with this awesome looking satellite. It might never get to space, but it will definitely turn some heads here on Earth. 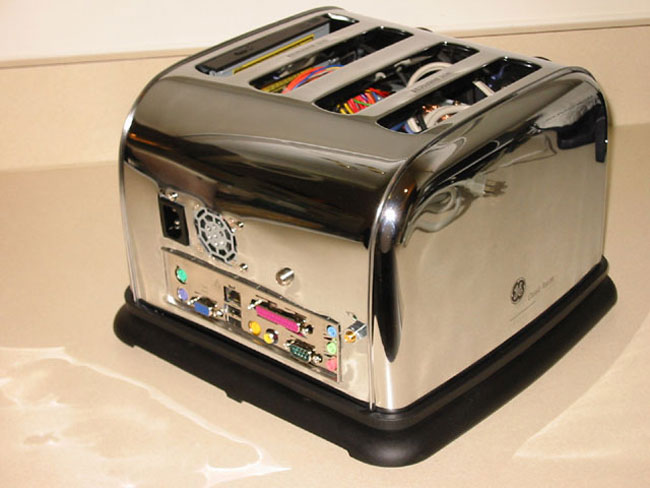 When Adam Bertram, the creator of the Toaster PC, heard his wife say she wanted a PC in the kitchen, he decided to try to make it fit in by placing it inside an appliance. For space, you can’t go wrong with a toaster, so he shoehorned the guts into a stainless steel GE 4-slot model. It should fit in great on the kitchen counter. 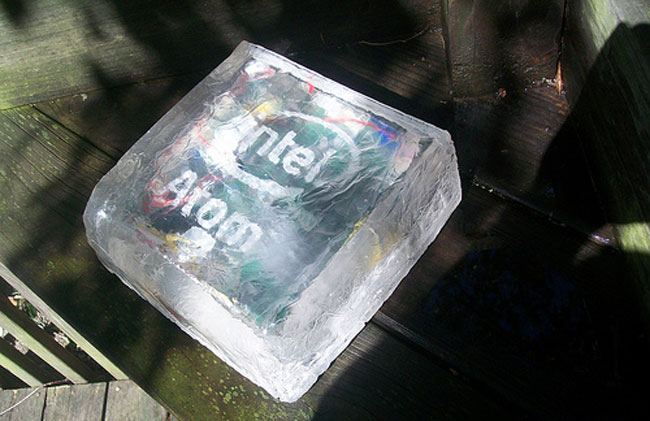 Everyone’s worried about keeping their PC cool, so why not encase it in a block of ice? OK, maybe that might be a little…I don’t know…damp. How about a plastic resin case that just looks like a block of ice? Yeah, that seems better. This Intel Atom-based build looks great, even if it isn’t as ice-cold as it might first appear. 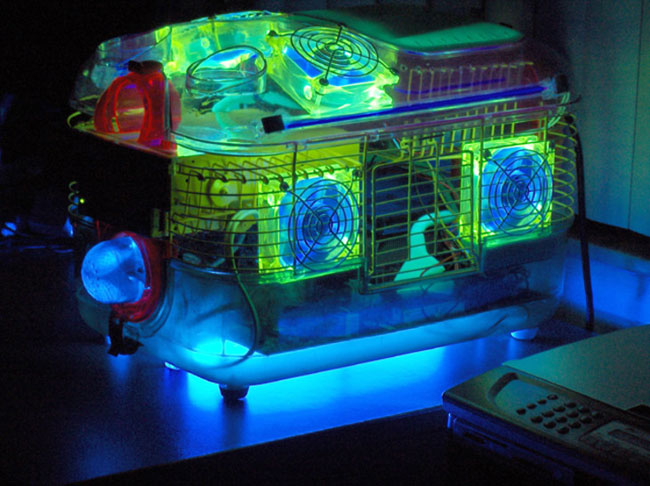 Here’s a case idea you might have never heard of before: Inside a gerbil cage. There’s plenty of ventilation – you just have to make everything fit. Add in all sorts of UV-reactive paint and UV lighting, and you’ve got a one-of-a-kind glow-in-the-dark PC masterpeice. Not going to lie, when I first saw this case, I thought it might be an attempt at building Johnny 5’s head. 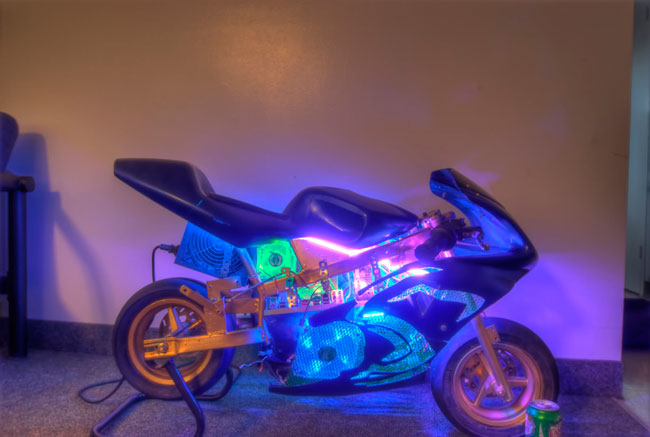 A pocket bike is a miniature motorcycle that usually between three and four feet long and stuffs a moderately powerful engine into that frame, resulting in a loud, fast little bike. If you have one lying around that’s junk anyway, why not build a PC inside it? Odds are you’ll never see a PC inside a pocket bike in anyone else’s house, and the darn thing actually looks great. 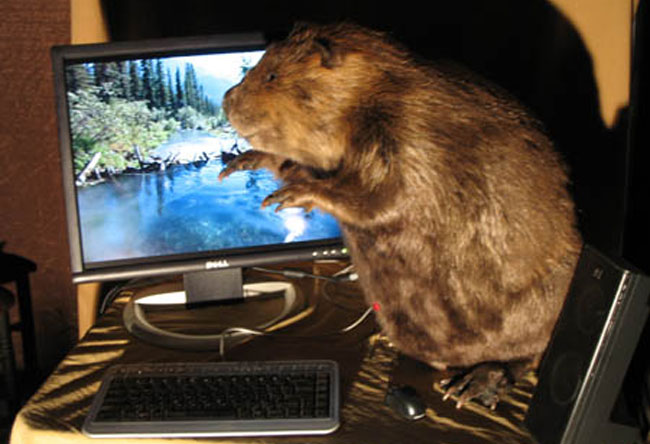 This unassuming stuffed beaver actually housed a relatively powerful machine for its day. The only giveaway is the 80mm case fan embedded in the beaver’s back. Hopefully, this build will lead to scores of stuffed-animal builds, or maybe combination PC parts / taxidermy stores. Of course, then you have to put up with the stuffed beaver staring at you while you game. 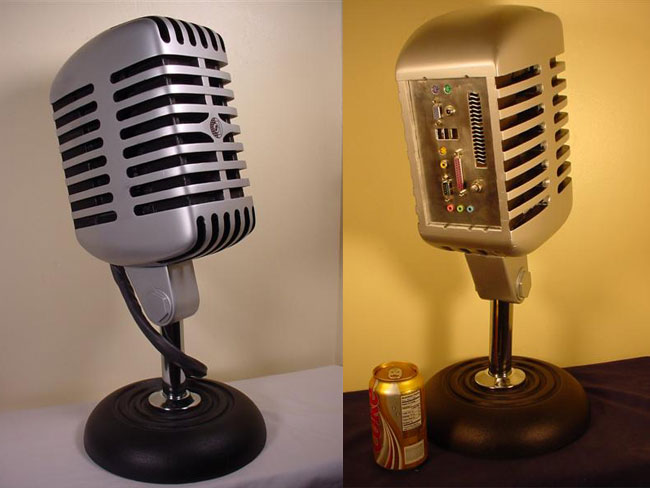 If you’re into recording voices, you’ve probably heard of the Shure 55 Unidyne microphone. It’s a classic 1930’s design, and you’ve seen it in old videos being used by everyone from Elvis to the Beatles. Jeffrey Stephenson wanted one so badly that he built his own, and he shoved a PC inside it. The coolest part of this build is that the stand it uses is an actual cast iron microphone stand. 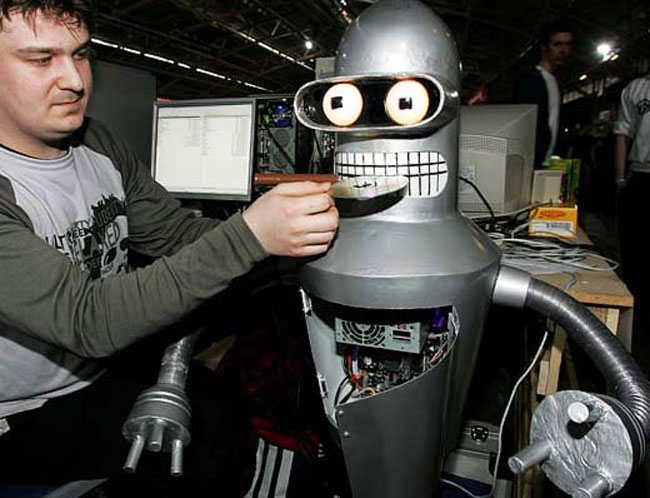 To my mind, the inside of everyone’s favorite robot from Futurama is a perfect place to build a PC. The challenge is building the head, body, and legs properly. This mod overcomes that challenge and then some, combining a perfect representation of the foul-mouthed robot with plenty of PC components. Slot loading the CD into his mouth is just the icing on this awesome cake.