In the past few years, he free-to-play MMO has risen to prominence. While there are plenty of differences between the various games, all of them share that major component: they don’t require a subscription. No matter how the microtransactions are arranged, if you’re into MMOs, you should probably give these eight games a try. After all, it won’t cost you a dime up front. 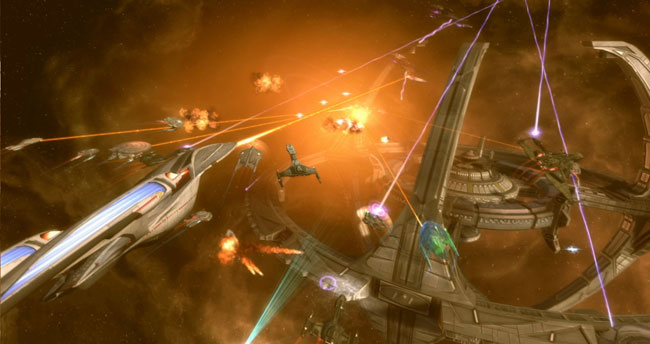 I’m on record as wanting a good Star Trek game, and right now, Star Trek Online is the best way to boldly go to the final frontier. It’s true that the game had issues when it launched, but since then, Cryptic has done a ton of work on the game, adding plenty of missions, ships, a new faction, and even high-end voice actors like Michael Dorn (Worf) and Denise Crosby (Tasha Yar). If you’ve always wanted to take your place in the captain’s chair, then you should give Star Trek Online a look. 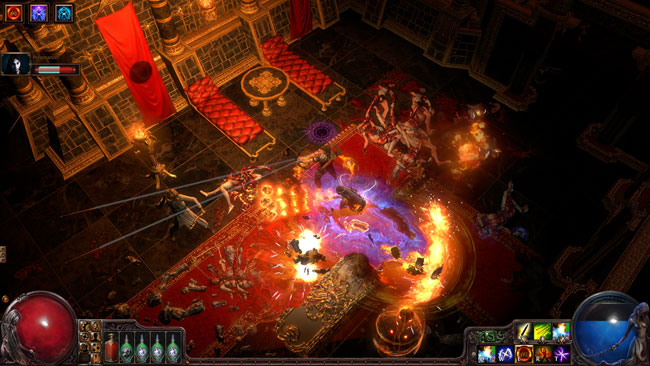 If you’re a fan of action RPGs like Diablo, then Path of Exile may be the free-to-play game for you. Set in a persistent world, it offers randomly generated levels, PvP, and lots of loot and gems. As one of the game’s six classes, you’ll explore the world, gather loot, and meetup with other players in town. You can even group up with your friends to take on bigger challenges. Grinding Gear Games continues to expand Path of Exile’s world, so if you’re into action RPGs, you should check it out. 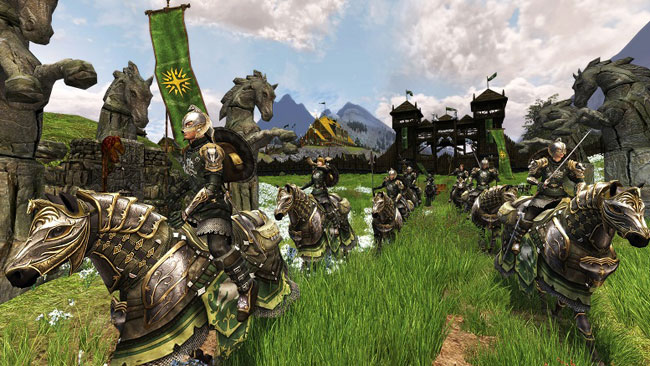 Lord of the Rings Online

Turbine’s take on Tolkien’s Middle Earth has been a fixture in the MMO community for years now. Since its launch in 2007, it’s been adding more and more of the lore and locations of Middle-Earth to its world, while allowing players to pursue their own story paralleling that of the Fellowship of the Ring. It transitioned to a free-to-play model in 2010, and has been fairly successful since then. It’s showing no signs of going away, as just last year, Turbine renewed the license to produce the game through 2017. If you’re a fan of Lord of the Rings, it’s definitely worth a download. 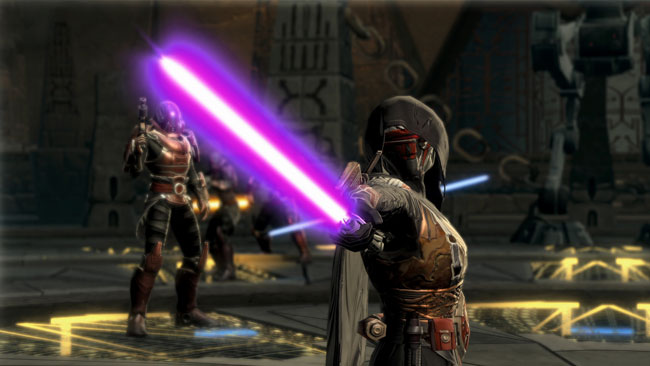 When it was announced that a Star Wars MMO was in the works, lots of people ere understandably excited. Bioware ended up producing a really solid, story-driven game, and lots of people were playing it. Now that it’s gone free-to-play, you can check out the stellar storytelling that Star Wars: The Old Republic offers without the commitment of a subscription. Its microtransaction model isn’t the best, as it leaves out some features that most other games offer for free, but if you’re a Star Wars fan, you should probably give this one a try. 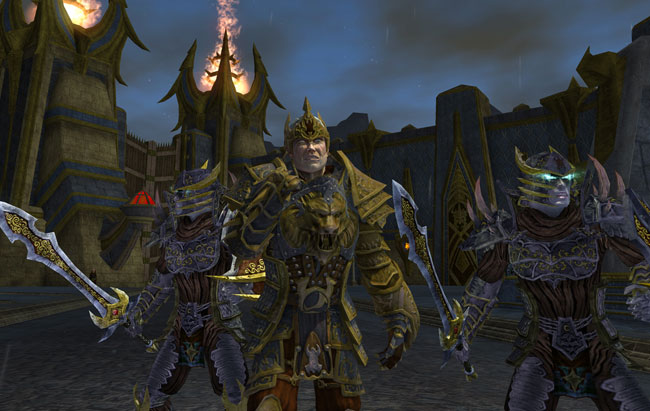 Originally launched in 2004 by Sony Online Entertainment, Everquest 2 continues today under the auspices of the newly formed Daybreak Games. Originally, the game required a subscription, but in November of 2011, Sony announced a transition to a free-to-play model. The medieval-fantasy MMO can now be played for free, or as part of their “All-Access” subscription that allows access to all of Daybreak’s games. It’s a traditional MMO, but the Everquest franchise is one of the longest running in history. If you’re an MMO fan, you almost have to try this one. 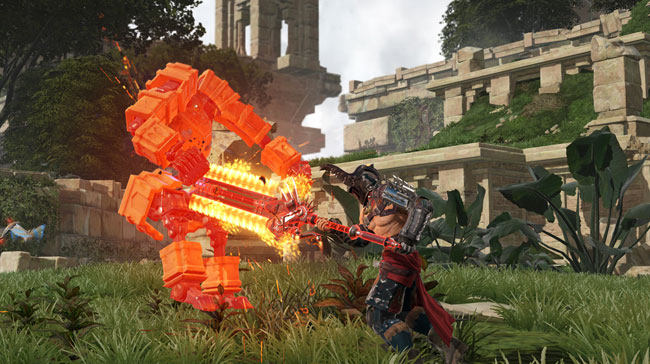 Although it’s only in open beta right now, Skyforge is generating a lot of positive buzz. Skyforge casts you as an immortal being fighting to protect your world from hostile gods. There’s no leveling system, and there’s no fixed class system, meaning you can change up your character whenever you want. Skyforge is an action-MMO, meaning that you use mouse look and the left and right mouse buttons for your primary attacks. Again, it’s still in beta, but it’s shaping up to be worth your time. 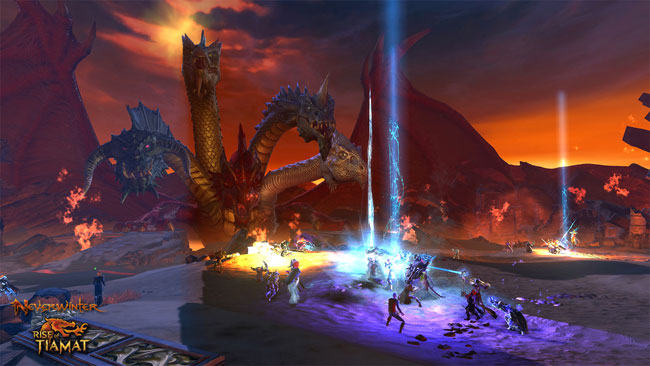 Cryptic Studios teamed up with Wizards of the Coast to create Neverwinter, anm action-MMO set in the Forgotten Realms. For fans of D&D, the game will be very familiar, as it uses traditional classes, and is based on a modified version of the 4th Edition ruleset. In keeping with those foundations, Neverwinter has a strong story running through its gameplay, and it often ties in with the ongoing storyline of the D&D universe. It also features player-created dungeons, PvP, and more. Fans of D&D will find a lot to like in Neverwinter. 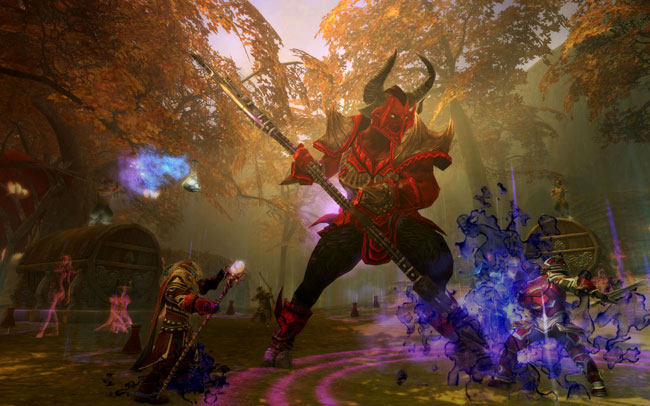 Sometimes when a game makes a transition to free-to-play, it can lose some of its appeal, especially if the free-to-play plan is somewhat restrictive. That’s not the case with Rift, though. Trion allows players to access all of the content, even if they’re paying nothing. You can play every zone, do every quest, join guilds, and do all the things you’d expect in a fully subscription-based MMO. The biggest restrictions are a cap on in-game currency and on posting in the auction house. Both of these are intended to combat gold sellers, and both are lifted if you make just one purchase from the game’s store. It’s probably the most fully-featured free-to-play game available right now. If you’re a fan of MMOs and you never got around to trying Rift, the price will never get better.