More than a few games have left us asking, “Is that it?” when the credits roll. A short, perfunctory ending sequence is the most we can ask for from most games.

But a handful of heroes push the story outside the limits of the credits roll. In fact, more than a few games fake us out with the credits. We’re meant to think the game is over, everything is settled, and then the story kicks right back into high gear, sending us straight into a playable epilogue. Sometimes this is a post-game, sometimes it leads to the final battle (or sequence) and sometimes it’s just an additional ending that truly settles things.

Here are 8 games that didn’t quit when the credits rolled. The story continued, and some of these games saved the best stuff for last. And just as a heads up, we’re wading deep into Ending Spoilers territory.

Halo: Reach tells the story of the planet Reach, where the alien versus human conflict first kicked off. At the end, your allies are in full retreat, but you – a lone Spartan super soldier – stand firm against an endless opponent. Instead of running, you go out fighting.

The true ending doesn’t begin until after the credits roll, which is how I’ve chosen to make this list. With the escape out of the way, you take control of the last member of Noble Team on Reach and a combat mission ensues. You’re trapped on a blasted chunk of rock as an infinite swarm of Covenant soldiers descend on you. You’ll fight until the end, and the true ending begins to play only when you’re inevitably killed. It’s a somber little ending for the final Halo developed by the original creators, Bungie. 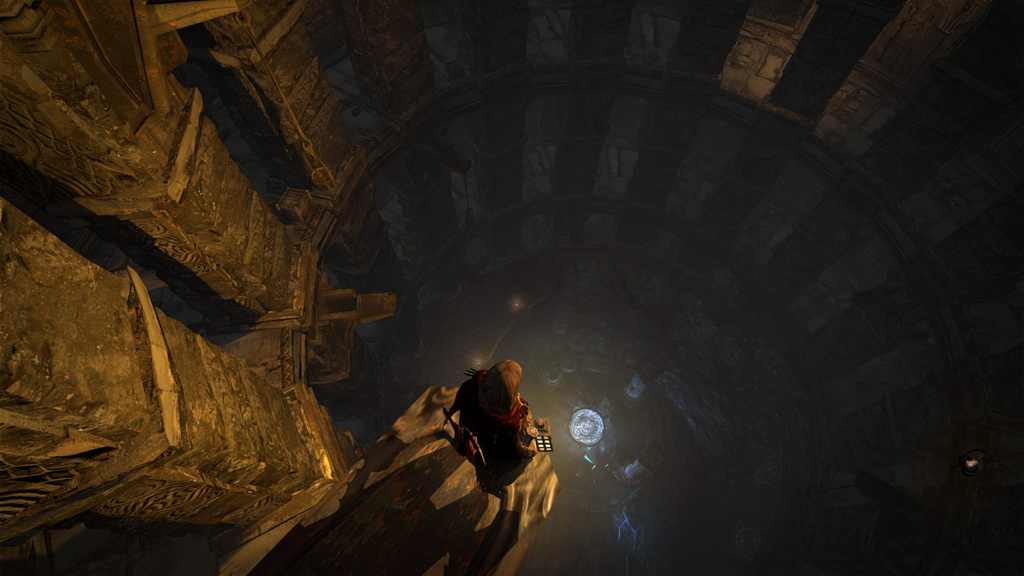 Jumping into an even more spectacular post-game, Dragon’s Dogma saves some of its best tricks after the ending credits have rolled. As it turns out, that giant dragon you’ve been hunting all game (which has stolen your heart, bummer) isn’t the only threat in the world. A new, deep dungeon with entirely unique enemies and bosses appears in the center of the capital. It’s an insane reveal that only gets crazier as your knightly hero delves into the terrors of the Everfall, a massive location that’s unlike any other area of Dragon’s Dogma.

If that wasn’t enough, the entire world changes. New locations unlock, new enemies wander the world, and new quests can be tackled with your kitted-out party of pawns. The ending itself supplies an interested twist on these fantasy stories, going places I wasn’t expecting the first time around. It touches on themes on inevitability, fallibility, and destiny in an interesting way – one that encourages you to break the chain and forge a new path. Basically, I’m saying it’s worth experiencing for yourself. 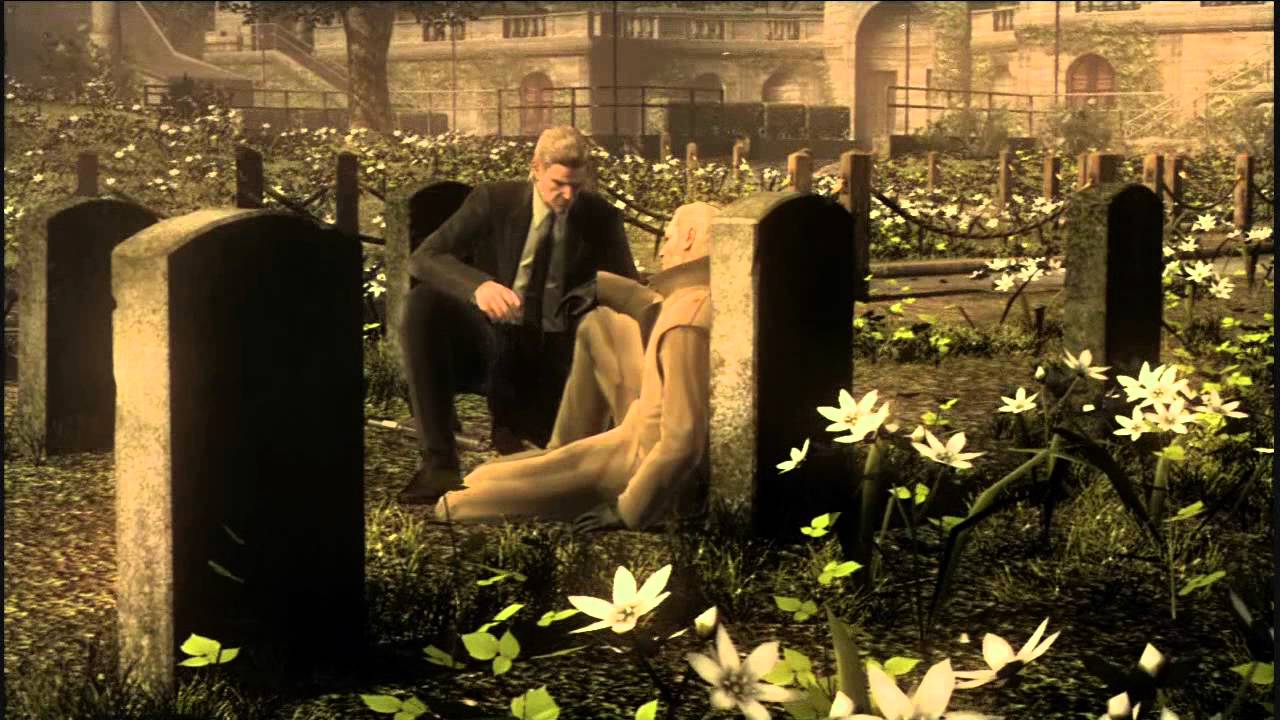 We’ve had one playable ending, and one full post-game ending, so let’s settle in with a long (and we do mean long) cutscene fake-out. The ending of Metal Gear Solid 4 finds beloved hero Solid Snake with a gun in his mouth, standing over the grave of a friend in a graveyard filled with white roses. There’s a bang, the scene fades to black, and credits play.

A list of names appears – but there’s one that sticks out. A voice actor is listed for “Big Boss”, but we never met Big Boss. What’s the big deal here? The name lingers on the screen, and the cutscenes continue for about an hour, as the character makes a (not-so) final appearance in this storied franchise. It’s a meta-narrative fake-out, using the credits to announce the presence of a new figure into the final moments of the game. That’s so Hideo Kojima it hurts. 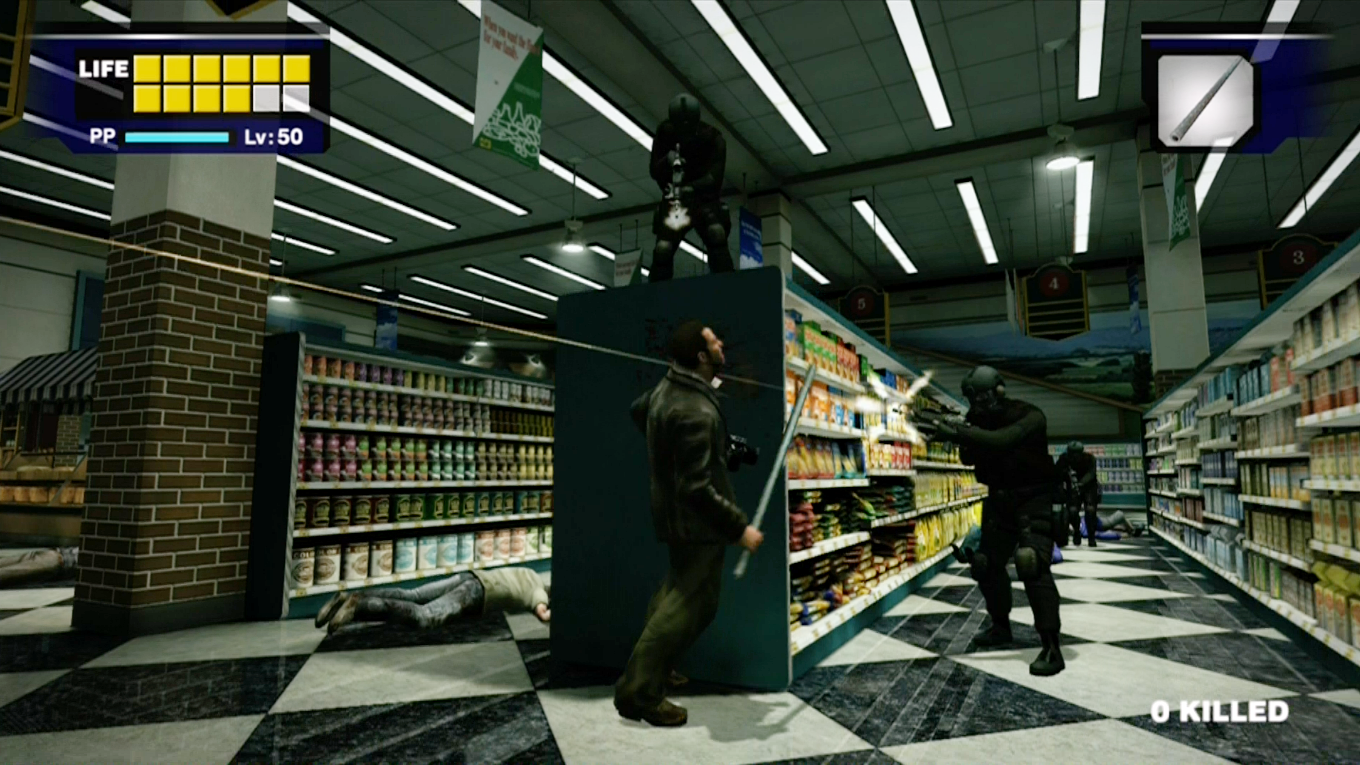 This is a triple-pack of ending fake-outs and post-game epilogues. For the first three major entries in the zombie-squashing series, the credits could never contain the full story. The “True” ending was out there, and the real-time limits of your three day adventure never applied as strictly as promised.

In every Dead Rising, a military strike is imminent. Your goal, for most of these games, is to document and solve the outbreak problem before an airstrike wipes you and your friends out. Thanks to the various protagonists, the airstike is called off and more precious time is afforded for your final escape attempts. This is always called “Overtime Mode”, and usually pits our heroes against new foes and new challenges.

Too bad the streak was broken in the otherwise improved Dead Rising 4. DLC replaced Overtime Mode, even if the Frank-West-as-a-zombie add-on is absolutely the true ending to the game. 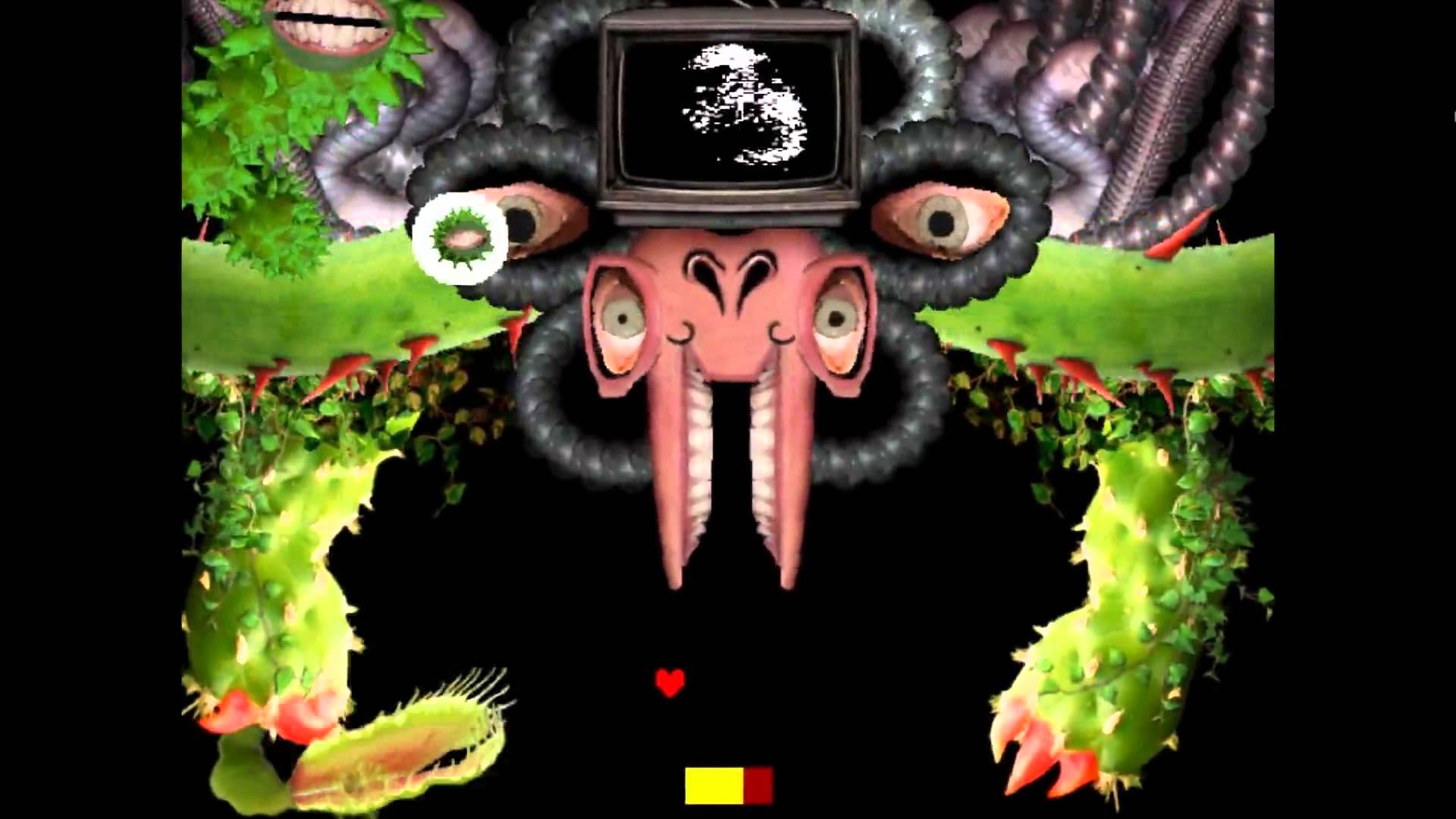 There are multiple endings to Undertale, but the true ending is only available after you’ve experience the bittersweet ending once. The first go-around turns out not-so happy, even if you’ve won the day and safely escaped the underground lair of the monsters in this throwback indie RPG-lite adventure.

No, it isn’t until you’ve returned and made friends with every character that you can experience the actual ending. Throwing out that bittersweet stuff, Undertale squarely aims for “Super-Happy” on the Wayne’s World scale of endings, turning all your past failures into triumphs. There’s a new boss, a new dungeon, and an all-around better end in store for anyone willing to stick it out in the post-credits world.

One of the most interesting (and almost secret) epilogues isn’t even a post-credits ending. We’re cheating here, because Hitman: Blood Money gives us an ultra-rare mid-credits fakeout. Let me explain in detail.

After Agent 47’s supposed death, the big bald assassin is given a funeral. For all intents and purposes, 47 is dead and the credits begin to roll. If you do nothing, 47 is lowered into an incinerator, and that’s it for the big lug. But, if you mash buttons hard enough while the credits are rolling, Agent 47 will suddenly wake up from his self-imposed death-state and begin a rollicking spree of revenge against the evildoers in attendance. 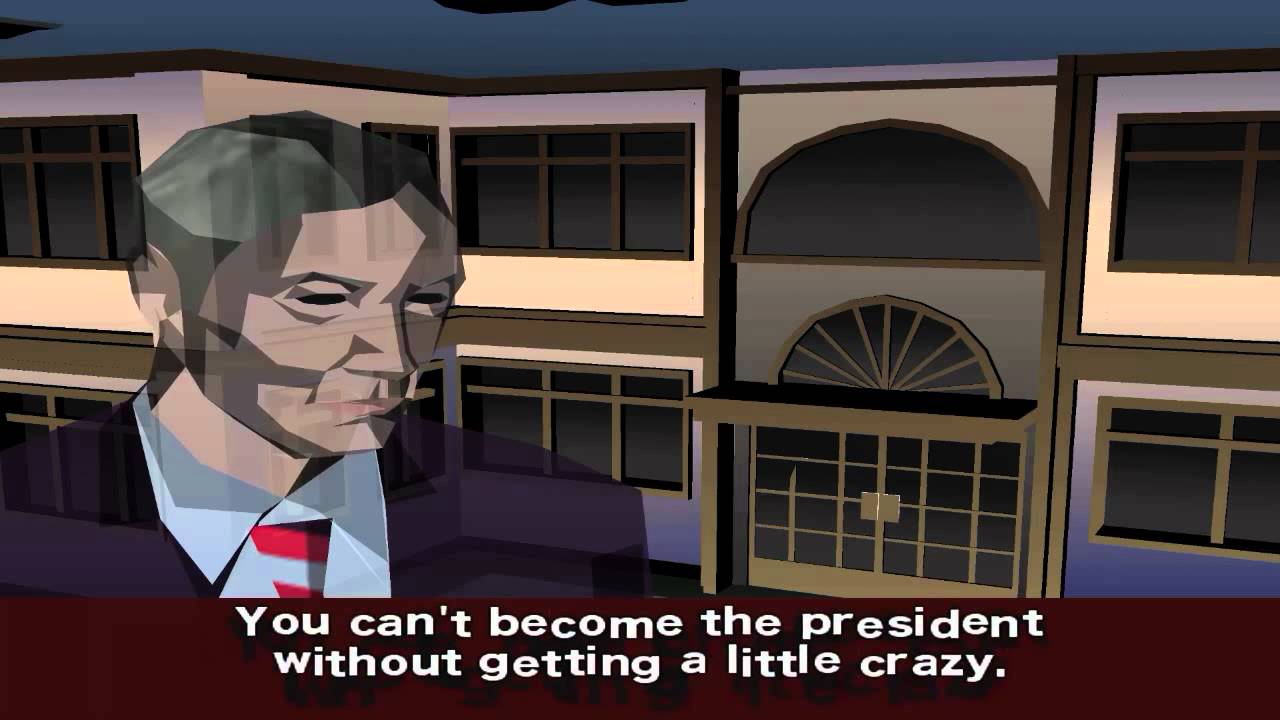 There’s no easy way to explain the bizarre ending of Killer 7, or any of the game’s story for that matter, so let’s just focus on the facts. Fact: The final (seventh) chapter doesn’t begin until after the ending credits, which get another set of ending credits, which lead to a post-post-credits scene, which in turn lead to a third set of credits. That’s nuts, but I should probably expect that much from Suda-51.

Let’s break this down. After completing Chapter 5: Smile, which ends with the dramatic deaths of the Smith Syndicate and leads to the de facto captain of the Killer 7 squad, Garcian Smith, shooting himself in the head, the credits roll. It isn’t over yet, though. Chapter 6 unlocks after the full credits, leading to the true ending to the “plot” of the game. Then there’s more, and more, and more. There’s nothing explainable about Killer 7, but I know for sure it belongs on this list. 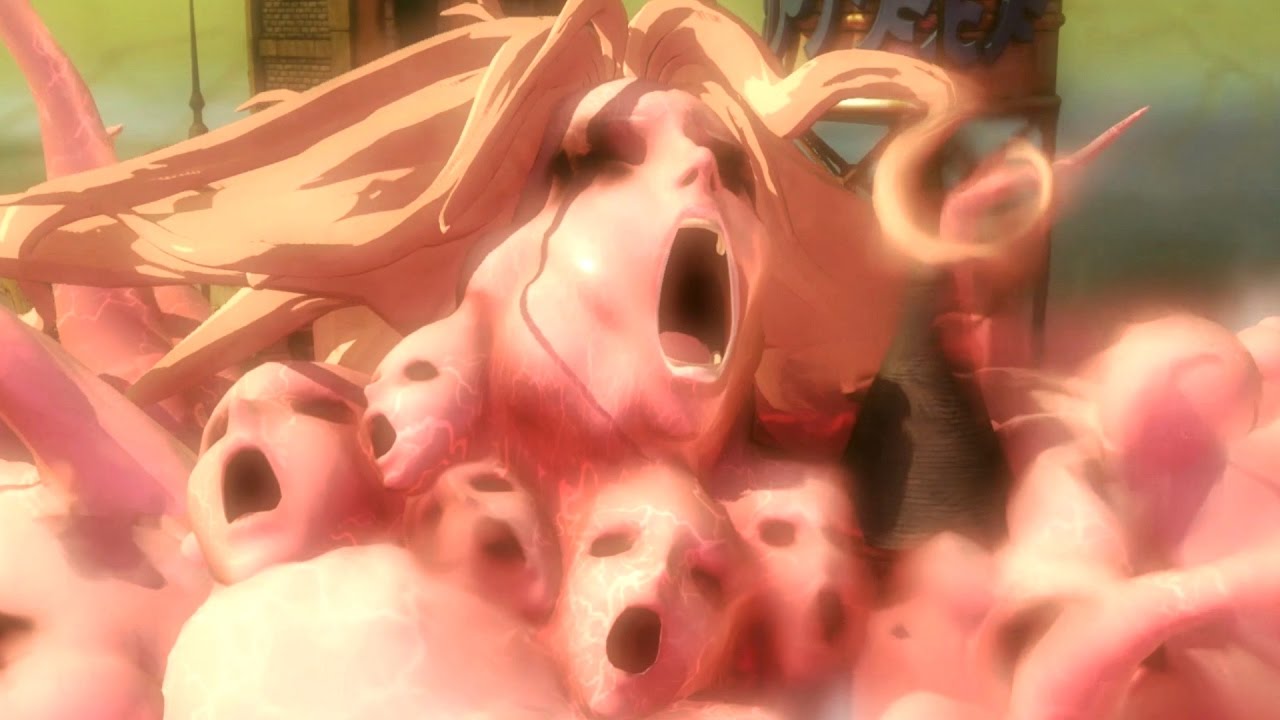 The newest game on the list by far, the anime-inspired open-world adventure game Gravity Rush 2 includes an entire series ending story line after the credits roll. This isn’t your regular post-game adventure, this is a massive, complete chapter with hours of cutscenes, special missions, unique enemies and epic boss battles.

Finally, the game explains mysteries that were left unresolved in the first adventure and sends the heroine up to the top of the world tree. Gods are fought, demonic entities are summoned, cities are destroyed and madness abounds as reality comes crashing to a halt. There’s nothing quite like the weirdness of Gravity Rush 2, but hiding a full multi-chapter campaign after the ending credits is a ballsy move.