Everyone can think of that one game that they love to play with their friends. Let’s face it – some games just get better when you have a couple of buddies along for the ride. Maybe the game is fun when playing solo, or maybe the AI is annoying, but when you get your friends involved, it really starts to shine. Here are the eight games we immediately thought of that fit that bill.

Did we miss your favorite? Tell us in the forums! 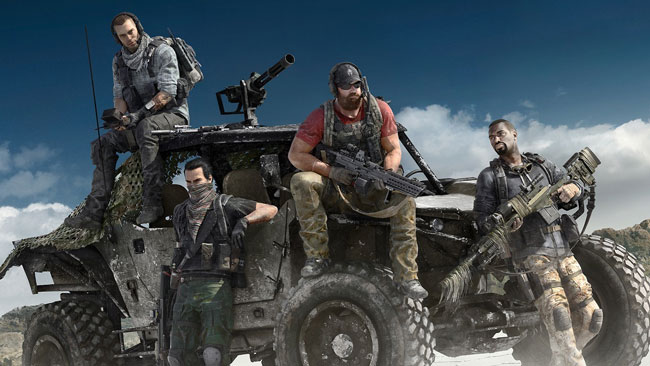 Ubisoft’s open-world shooter has gotten mixed reviews since it launched earlier this year, but it’s a great example of a game that you can really get into with friends. Riding around the map in a group of vehicles, raining death down on your enemies, and finding out which of you is legitimately the worst driver of all doesn’t even begin to scratch the surface of the fun (and laughs) you’ll have in this game. 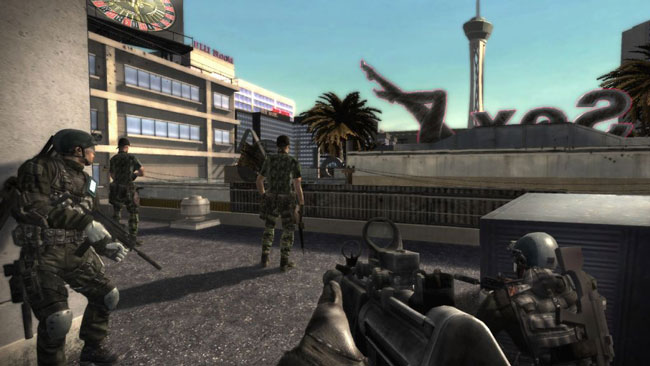 Two Tom Clancy games in a row? Yep. Vegas 2 not only offers up its full campaign for co-op play, but it also gives you one of my favorite game modes to date – Terrorist Hunt. You group with up to three friends to take down a fixed number of enemy terrorists on a good-sized map. While that might sound simple, the terrorists are unpredictable, and since death comes quickly, things can quickly go sideways. It also offers you the chance to watch (and heckle) your friends after you’ve met your demise. 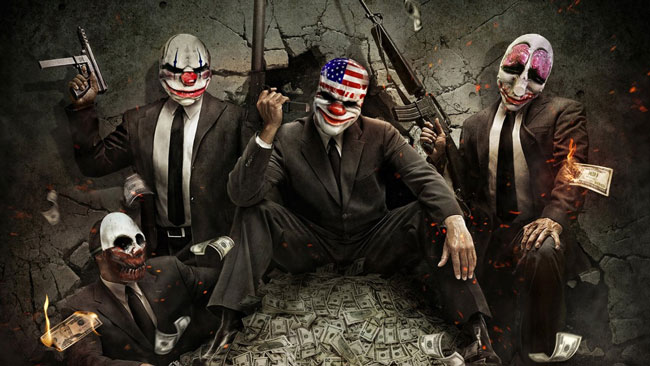 Planning a heist is tough work, and planning a heist with Payday 2‘s sometime unreliable AI partners is all the harder. But when you convince three friends to come join your life of crime, you’ll be knocking over banks in style. Of course, the temptation of harder difficulties will mean you’ll need all your wits and your reflexes to get through, and hanging above it all is the prize of getting through a mission without raising a single alarm. Good luck with that. 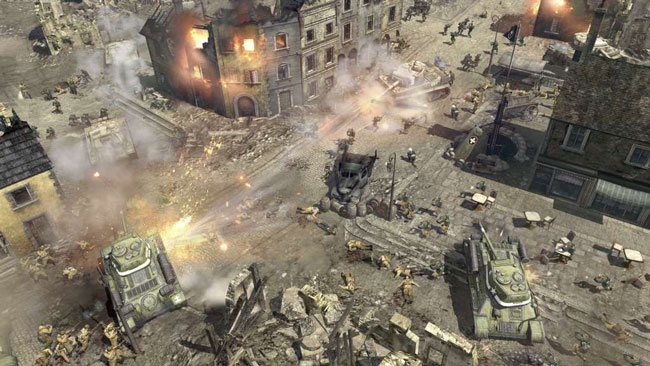 Relic’s World War II RTS still stands as one of the genre’s best offerings of all time, and it only gets better when you team up with friends. Plotting out your defenses, picking complementary specializations, and then having the satisfaction of seeing your multi-pronged attack come together perfectly never gets old, and if you can convince some other friends to take up the roles of the opposition, you’re in for a real treat. 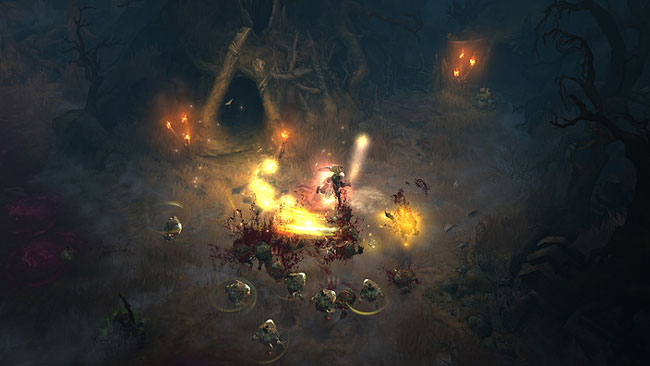 Blizzard’s action-RPG has improved markedly since launch, and you only make it better when you bring along friends. Figuring out the combinations and synergies you can employ is almost as much fun as successfully pulling them off, and you can scale the difficulty from “Just sitting around shooting the bull while we break stuff” to “Oh my God make it stop.” Don’t be surprised if you r friends keep coming back for more. That loot is addictive. 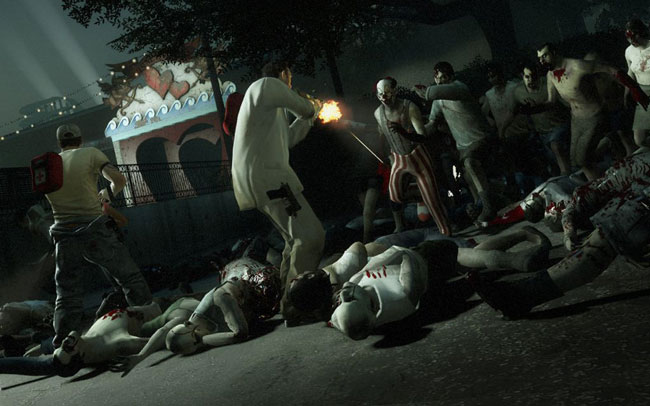 Few games are better with friends than Left 4 Dead 2. Sure, it’s simple premise – survive the level to get exracted to safety by shooting a bunch of zombies – but the AI director that adjust the game’s pacing keep it feeling fresh every time you load it up. Sticking together and working as a team are paramount, as those that stray too far from friends quickly find themselves hunted down. Some people prefer the original game, but as the sequel packs in both sets of characters, all the original maps, and adds melee weapons and new firearms, it’s got far more to offer the newcomer. 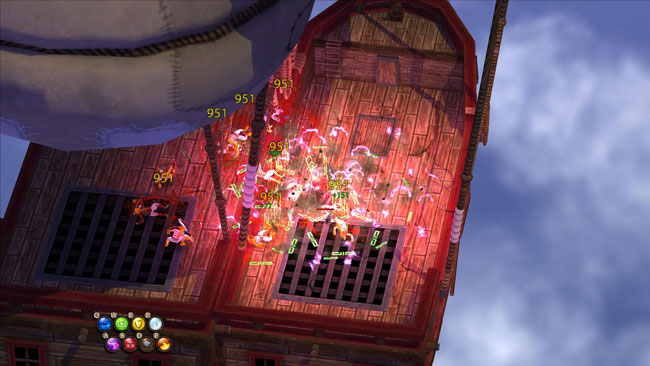 Sure, it’s a cartoony, top-down game with a complicated system for casting magic spells. It’s also got a story that can be enjoyed alone just as easily as it can with friends. But when you bring friends into the game, you learn about one very interesting aspect of Magicka: friendly fire. Yes, you will kill your friends in a large variety of amusing ways, from setting them on fire to electrocuting them with lightning. In fact, the number of friendly fire deaths almost always exceeds deaths from enemies. Add in the fact that the game is also extremely fun, and you’ve got a winner on your hands. 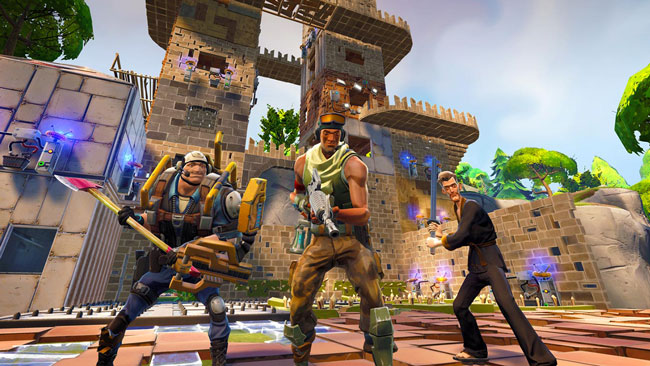 Epic’s new survival / shooter / building game is pretty fresh on the market, but it’s already clear that you’re going to want a few friends along for the ride. Not only do they bring more materials, more special abilities, and more resources, they’ll also add another gun when the fight goes sideways, as it inevitably does. Add in the variety of classes and specializations, and you can get a bit different type of party every time you turn around. Hey, everyone needs a friend to help fight off the storm.