Sometimes you just don’t have a lot of time to sit down and play games. Sometimes you just want a game to occupy a block of time while you’re doing something else. Whatever the reason, you need a game that can be played for 15 – 30 minutes at a time without feeling like you’re wasting your time, or losing progress when you have to quit. That’s the question that was asked in this thread on the Escapist forums, and the subject of this week’s Community Gallery of the Day.

Special thanks to Escapist community member PeaceRiot for starting the thread! 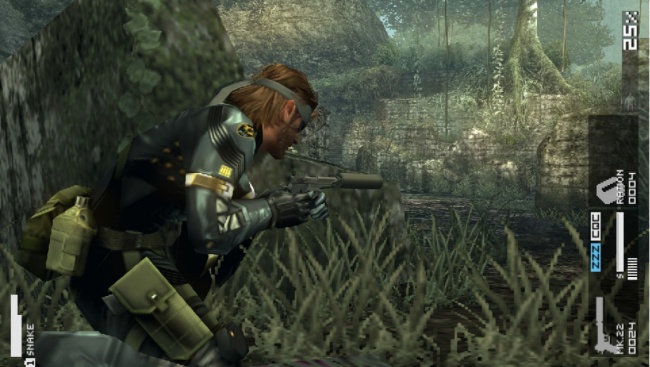 Snake’s in Costa Rica as the leader of a mercenary group that’s been hired to take on the mysterious Peace Sentinels, a group so well-armed they’re nearly an army unto themselves. As Snake, you’ll need to build your ranks up, manage your soldiers, and keep their morale up. The mission structure of Peace Walker is what makes it an ideal short-session title. Originally released as a PSP title, Peace Walker is played in short missions, interspersed with crew-management tasks at your case, including researching new gear, keeping your troops fed, and more. Best of all, if you have a PSP, you can play it on the go. 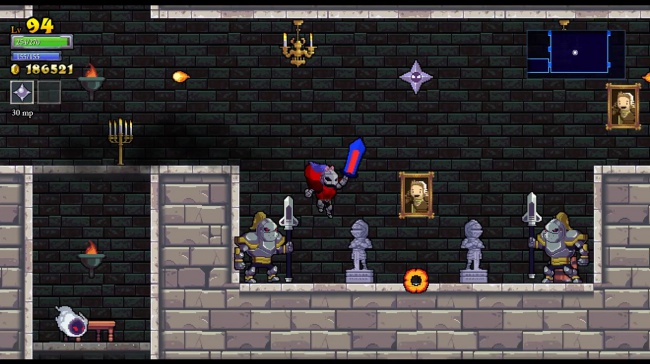 A shining example of the recent resurgence in rogue-likes, Rogue Legacy sends you into a castle to gather loot, gear, and take out some heavy-duty bosses. Unfortunately, failing and dying is a major part of the game. Each time you are killed, you’ll get to pick your heir. They’ll receive all your gear and money, and head back in to tackle the castle again. The catch is that the castle changes every time you die. Room shift, boss locations vary, and you’ll never see the same configuration twice. One or two castle runs can eat up a nice half-hour or so, and then you can be about your business. You can even play Rogue Legacy on your Vita, and it supports cross saves with the PS4, meaning your gaming-on-the-go furthers your home saves as well. 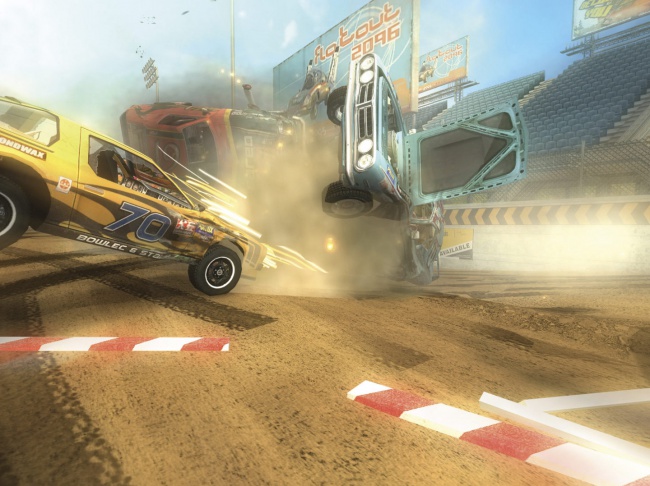 Bugbear Entertainment’s over-the-top racing game is a great way to kill 30 minutes. You can run a race or have a great time with the minigames that require you to crash the car, launching yourself into the air and onto a dartboard, through field goal uprights, or other ridiculous goals. Don’t have a PC that you use? Flatout 2 was re-released on Xbox 360 (and PC) under the name Flatout: Ultimate Carnage, and on PSP as Flatout: Head On. 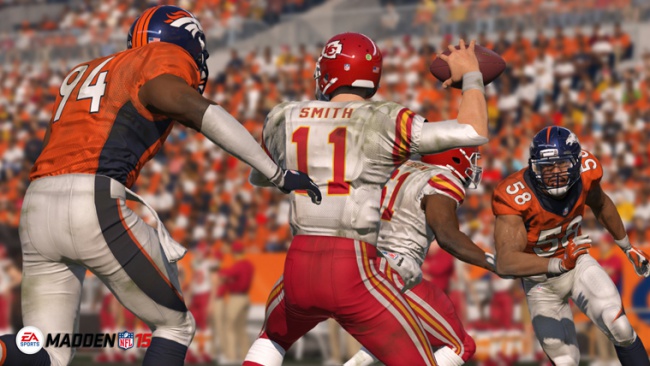 Sports games are one of the best ways to not only kill some time, but make sure you don’t lose track of time while you’re playing. Most every one will let you set the length of the game to whatever you like, meaning you’ll know just about how long you’ve been sitting in front of the screen. You can play Madden if you’re into football, FIFA for soccer, or NBA 2K if you’re into basketball. There are plenty of options, and you can pick the one that suits you best. Personally, I’ve been having fun with Super Mega Baseball. 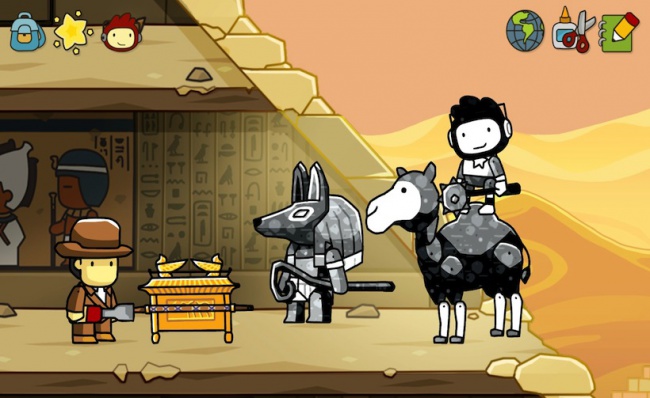 If you’re into puzzles and brain games, then spend your half-hour with Scribblenauts Unlimited. Solving puzzles helps main character Maxwell collect Starites, which are used to lift the curse that’s turning his sister to stone. The puzzles range from simple to deceptively hard, and you can play on either your WiiU or your 3DS, however the 3DS version is missing the object editor, a major part of the game. 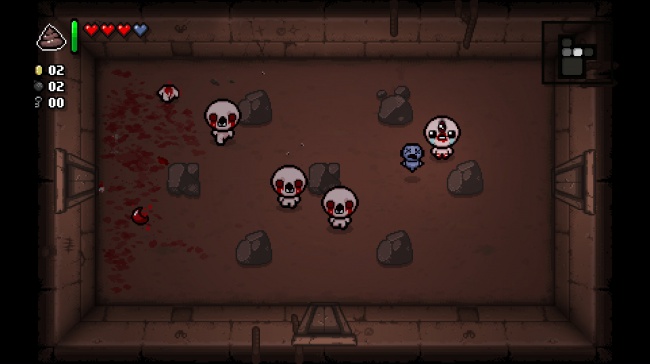 Inspired by the biblical story of the same name, Binding of Isaac: Rebirth is a remake of the original game. Isaac is attempting to escape from his mother through the monster-infested basement of their home, and eventually ends up confronting her. Since it doesn’t use the Flash engine, this version of the game allows players to save and quit mid-session, perfect for limited gaming times. 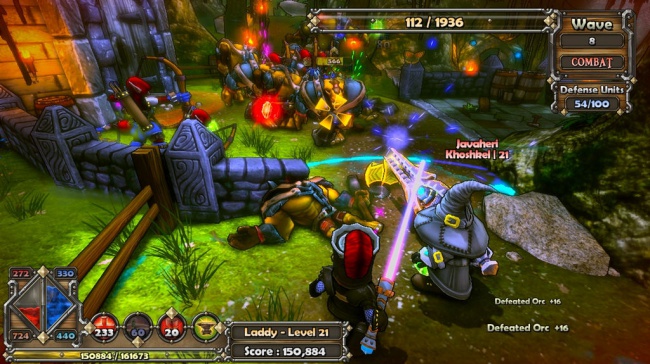 Dungeon Defenders combines tower defense with a third-person action RPG to create a super-fun game that you can play alone or with friends. Placing traps, hazards, and towers to defend an Eternia Crystal from waves of encroaching enemies may feel complicated, but levels can be completed fairly quickly. The game’s persistent character development also means that even a short play session can permanently improve your character. 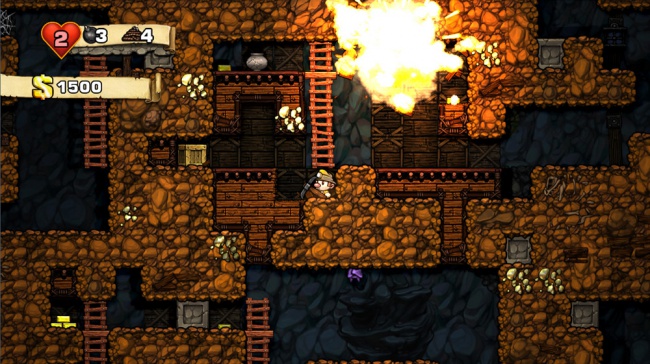 Spelunky is another roguelike that’s worth your 30 minutes a day. You’re a nameless explorer who heads into the bowels of the earth in search of treasure. Along the way, you find monsters to kill, damsels to save, and of course, treasure. Of course, each time you die, you start back at the beginning, and the levels have all changed again. If you’re playing on any of Sony’s platforms (PS3, PS4, Vita), your progress is automatically synced between versions, so even your shortest sessions contribute to the cause.