The medieval setting has been around video games for years. Some games focus on a purely historical setting, while others go for the more fantasy-focused approach. Whichever you prefer, there are plenty of great medieval games out there that bring the setting to life, and then drop you into it. These eight games put you right into a medieval world, but at least they don’t make you muck out the stables. 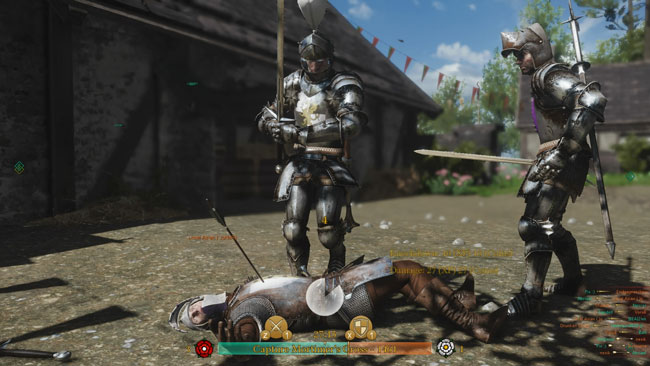 War Of The Roses

Based on the actual War of the Roses that took place in the fifteenth century, this game puts you in the shoes of a soldier in the war. One of its best features is the wide range of customization available for characters, from the weapons they use to the coat of arms displayed on their shields and armor. The multiplayer-only game offers four distinct game modes ranging from deathmatch to conquest. It has a steep learning curve, but if you can get past that, it’s a really enjoyable experience. 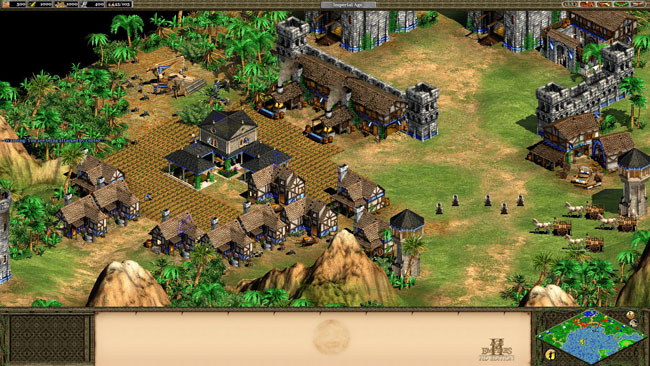 Ensemble Studios’ real-time strategy masterpiece was remade in 2013 to run better on modern PCs, bringing a classic title to a whole new audience. You take the reins of a civilization in medieval times, and build it up to the Imperial Age, all while taking on your enemies in a fight for survival. AoE2 is one of the classics of the RTS genre, and any fans of those games should give it a go. 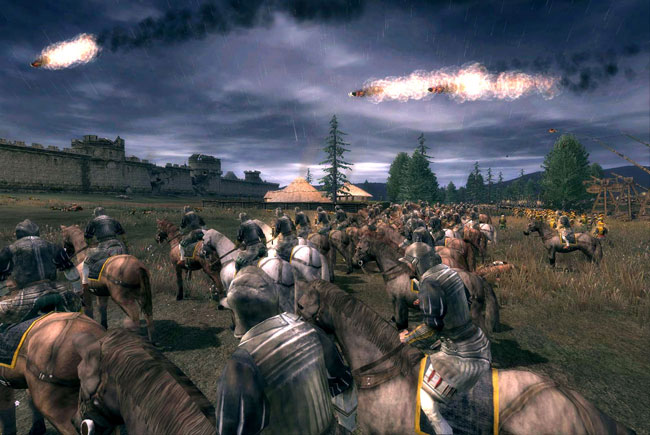 Medieval 2 – Total War was the fourth game in the series, focused on the years from 1080 to 1530. Not only does it feature medieval warfare, it also lets you dig into the politics and religion of the era. You can choose to play against other players, play through the extensive single-player campaign, or take on any of the many historical scenarios the game offers. However you choose to play, you’ll find the gameplay engrossing and the depiction of medieval warfare one of the best around. 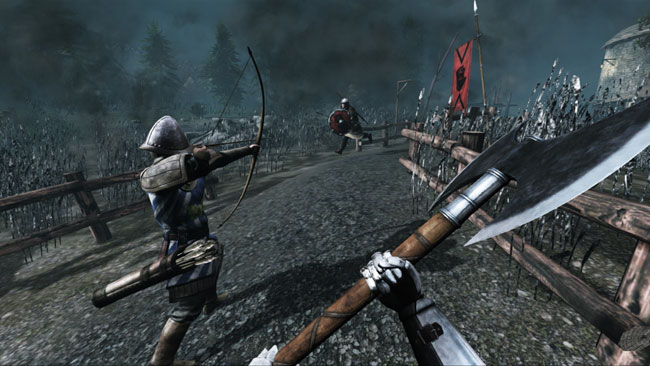 Chivalry: Medieval Warfare began as the Half-Life 2 mod Age of Chivalry. It’s basically a team-based shooter, except with swords instead of guns. You can also use bows, maces, and other weapons, and there are even siege weapons available. It may not be hyper-realistic, but at least there’s no magic, and no elves. 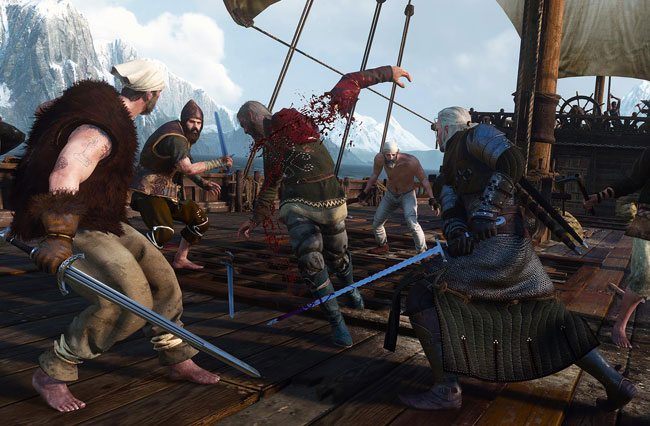 CD Projekt RED’s most recent entry into The Witcher series is also the most expansive. It’s set in a fictional world, and there is some minimal use of magic, as well as some fantastic creatures. That said, it’s an open-world sandbox game that lets you roam a huge medieval setting and complete quests while swordfighting, interacting with NPCs, exploring villages, and quaffing ales. 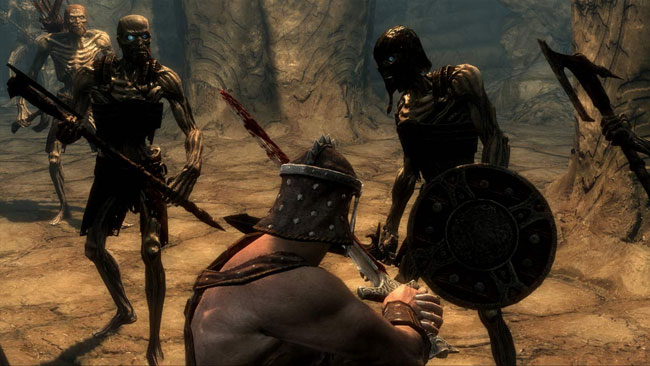 Probably no game with a medieval setting has been mentioned more than The Elder Scrolls V: Skyrim. Bethesda’s RPG is set in an enormous world that you have to save, and you can use any number of abilities, from swords to bows to magic, to achieve your goal. Along the way, you’ll encounter wolves, enemy soldiers, bandits, and even dragons. Again, it’s more of a fantasy setting, but the medieval ties are easy to see. 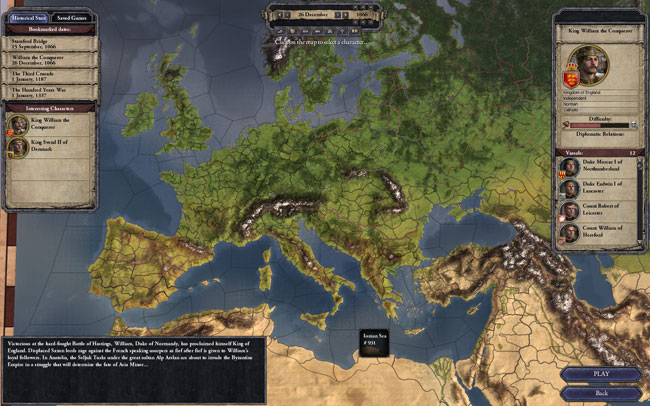 If you’re a fan of grand strategy titles, you owe it to yourself to play Crusader Kings 2. You’ll find an amazingly deep experience that puts you at the head of a medieval country. You’ll get to play politics, go to war, and mange your lineage to ensure that your dynasty continues to grow. Along the way, you’ll meet some famous figures from history, like William the Conqueror and Richard the Lionheart. As long as you don’t anger the Pope, you can find yourself amassing great amounts of power. 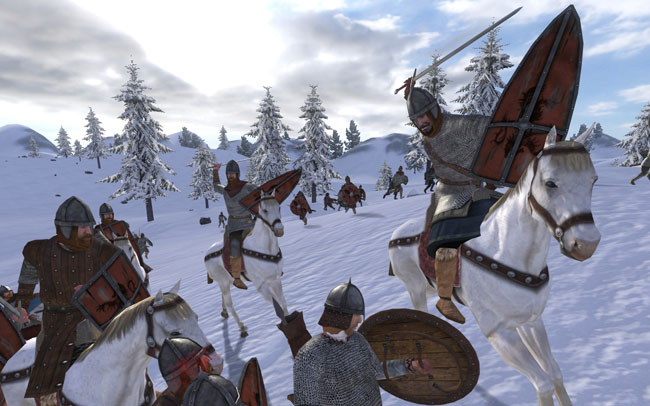 Set in the fantasy land of Calradia, Mount And Blade: Warband features a ton of customization options for the player. How you design and play your character affects how you interact with the world. There’s not a lot of overarching storyline; instead, the player is left to rise through the world as they see fit. This may mean you become a vassal of a powerful lord, or that you live a life of crime. Warband also added multiplayer to the already expansive game, meaning that you could now skulk around dirty villages with your friends – much like you did in college.