The survival genre has became extremely popular of late. Games that drop players unarmed and barely clothed into a large world seem to be popping up all over these days. Some have zombies, some have dinosaurs, and some just have other people. Whatever the enemy might be, if you’re a fan of the survival genre, these eight games are definitely worth checking out. 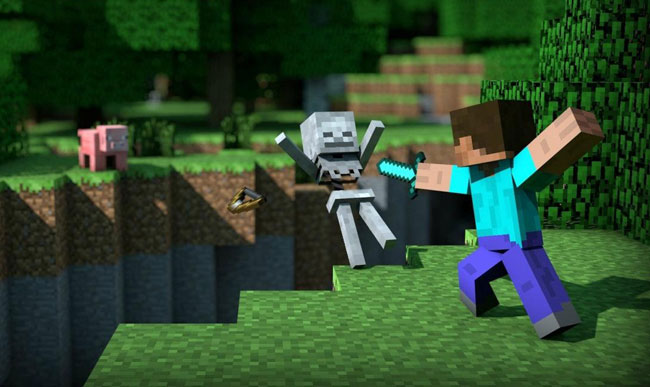 Although Minecraft is often seen as a LEGO-like building game, it’s actually the game that jump started the flurry of games in the genre that we’ve seen in recent years. You’re alone (mostly), and you have to start from scratch and survive in a hostile world. You’ll build a shelter, gather resources, and even equip yourself with arms and armor. Toss in the almost countless mods you can use to customize your experience, and you’ve got a survival masterpiece. 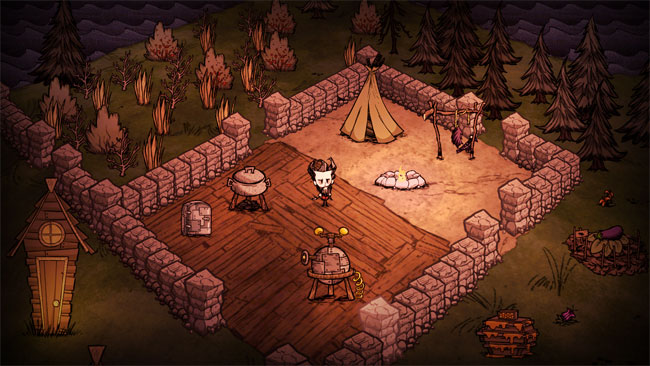 Despite the title, you can fully expect to starve in this one. Don’t Starve drops you into a dangerous world with an art style that looks like something from the mind of Tim Burton. Despite all your gathering, crafting, and planning, you never really get to a point where you don’t fear the dark, and that’s what makes Don’t Starve so memorable. 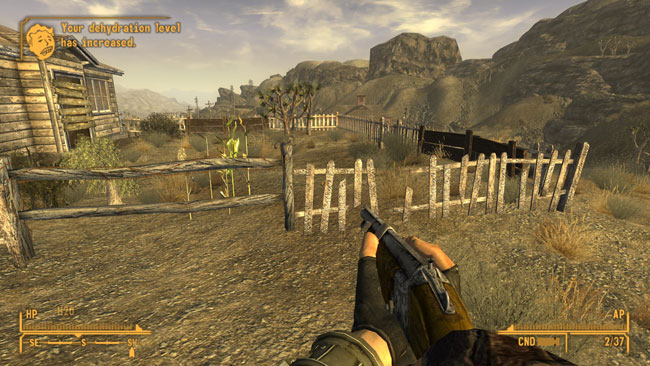 While you might not think of Fallout: New Vegas as a survival game, if you turn on the optional hardcore mode, it definitely qualifies. In hardcore mode, clean water is hard to come by, hunger can force you to eat things you’d normally ignore, and radiation is far easier to accumulate. It’s also harder to get rid of. A broken limb is a much more serious injury that requires lots of treatment. In short, it’s an intense, stressful experience that should be played very differently from the base game. 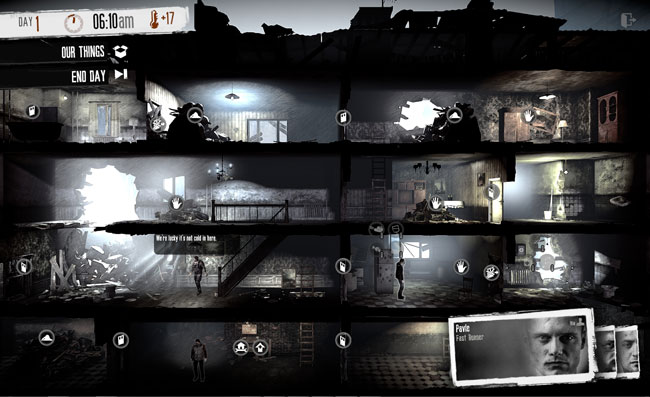 This War of Mine

Video games have put you into war before, but This War of Mine turns the concept on its head by giving you control of a group of civilian survivors. Ensconced in a makeshift shelter in the midst of a war-torn city, you’ll have to send your survivors out under the cover of darkness to gather supplies, medicine, and other necessities. They’ll encounter NPC survivors that you can either trade with, or take out. You’ll have to maintain the health, hunger, and mood levels of your survivors until a cease fire is declared. The time until this happens is random, so you never know when it might happen. It’s a different take on the genre, but it’s definitely worth checking out. 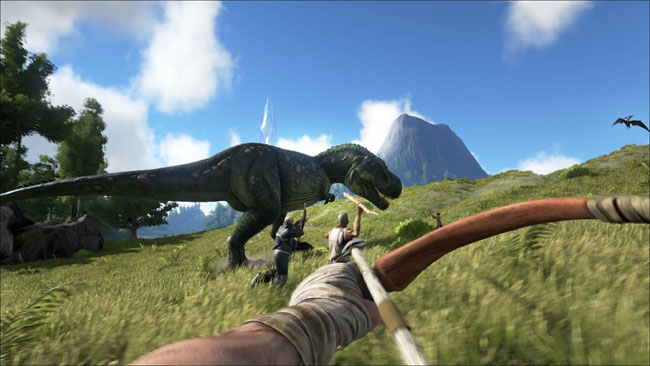 ARK: Survival Evolved is the new kid on the survival scene, but it’s a game that’s definitely catching peoples’ attention. Dropped into a world filled with dinosaurs, players must gather resources, craft weapons, and build a shelter. As you gain levels, you’ll unlock new schematics for crafting building components, weapons, and more. You can even tame dinosaurs, fit them with saddles, and ride around. Of course, you can also get eaten by them too. 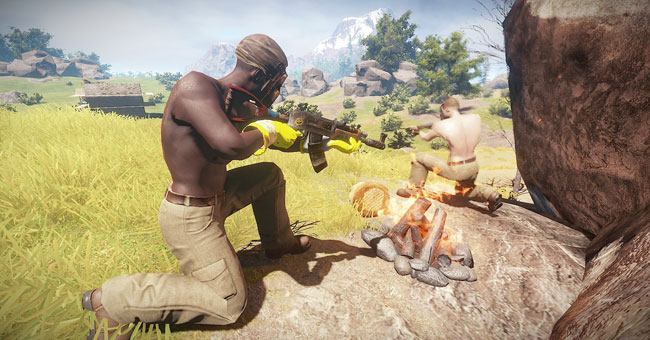 Sometimes referred to as a “survival game for grown-ups,” Rust is one of the few games in the genre that is only playable in multiplayer. You’ll need to take the rock and torch you spawn with, gather resources, and then begin to outfit yourself with weapons, clothing, and other necessities. You’ll also have to keep yourself fed, avoid wildlife attacks, stay away from radiation, and most of all, protect yourself from hostile players looking to take you out. 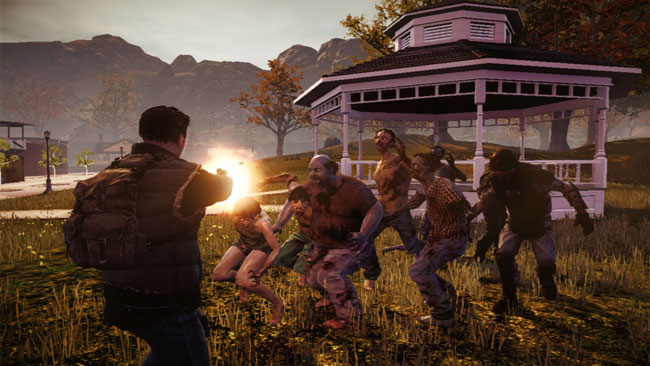 In a world plagued by zombies, you’ll have to survive by avoiding confrontations, gathering resources, building a base, and teaming up with other survivors. That’s State of Decay. The game focuses on surviving through a number of problems besides the zombie issue. You’ll need to befriend NPCs, gather supplies (which become harder and harder to find), and do all of this in a game where the world continues to exist (and advance) even when you’re not playing. It’s an interesting, engrossing take on the survival genre. 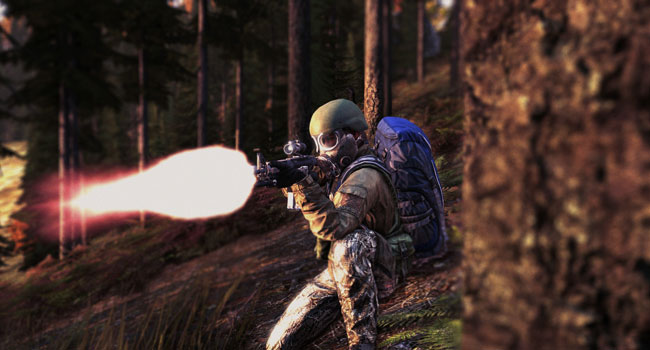 Without question, Day Z is one of the biggest games in the survival genre. Originally billed as a survival game in a world filled with zombies, it quickly became apparent that the biggest threat players would face would be each other. As you scavenge the large open world, you’ll find yourself constantly looking over your shoulder. Since it’s built on the ARMA 2 engine, you not only have to worry about getting attacked, but even if you survive, you could bleed out if you don’t have the resources to stop the bleeding. Between the large world and the danger that fills it, Day Z is definitely a harrowing experience.