If you like sneaking around the world, creeping up behind people and knocking them out (or taking their life), we’ve got some games for you to check out. These eight PC games let you indulge your inner thief, without all the pesky run-ins with law enforcement. 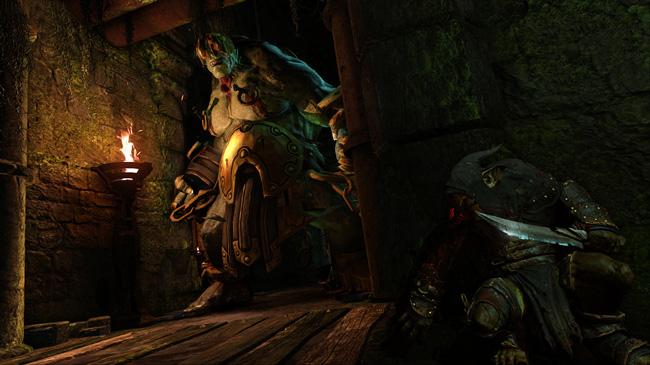 Styx is a goblin thief who can use nooks, crannies, and shadows to conceal himself until the time is right to strike. You’d better bring your “A” stealth game as well, as the combat is a bit of an afterthought, and being forced to resort to it often leads to your demise. Luckily, the world is well-designed, with plenty of options for concealment and vertical movement. You can also check out the sequel, [i]Styx: Shards of Darkness[/a]. 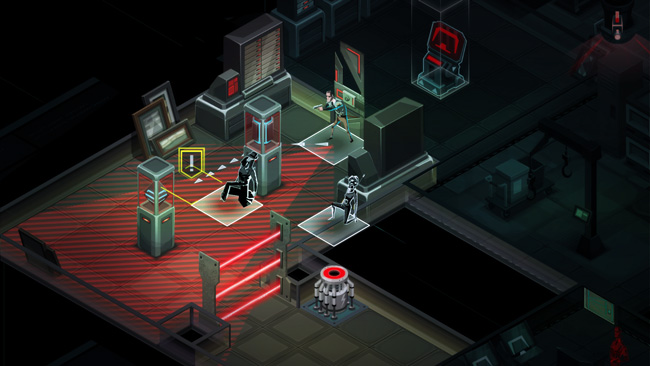 If you’re more of a fan of turn-based games, but you still love your stealth, then Invisible Inc. is for you. It features randomized levels and permadeath, much like a roguelike might. Instead of sneaking around in first person, you are managing your team in an isometric, X-COM-like experience. The game’s time limits force you to make difficult choices, such as whether to save a teammate or grab another reward. It’s a stealth game for those who think well on their feet. 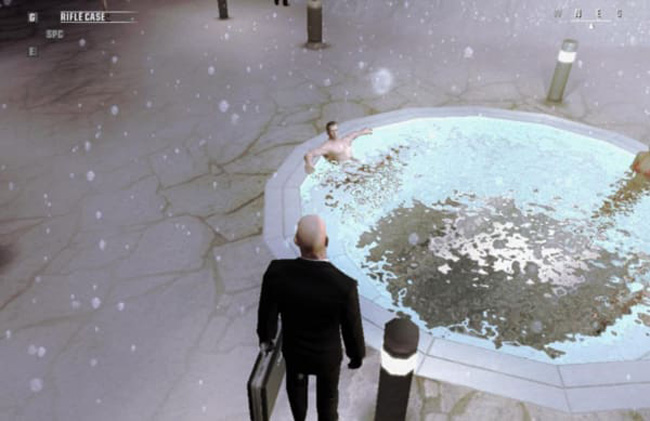 While the first two Hitman games are also worth checking out, Hitman: Blood Money is the one that I keep going back to replay. What made it so great was the wide variety of missions and different ways to complete them. There’s one particular mission that I always remember that you can finish by shooting the bottom out of an outdoor hot tub and watching your target fall to his death. Best of all, you’ll get to read about your shenanigans in the newspaper at the end of the mission. 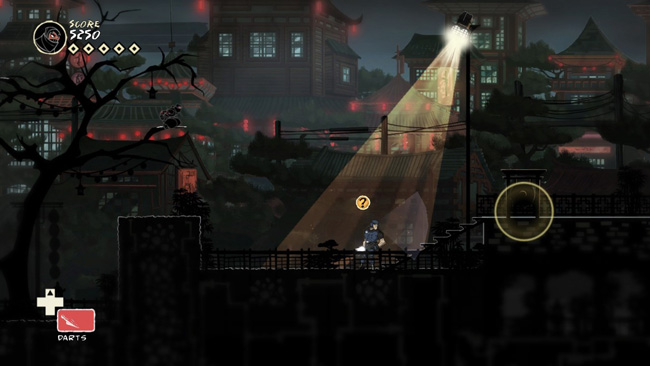 Mark of the Ninja

When you think of stealth games, you rarely think of 2D side-scrollers, and yet, here’s Mark of the Ninja. The game is all about making the most of what the levels give you. You’ll not only need to find a hiding spot, but be careful getting into it, as lights and sound will both give you away. Your arsenal is filled with smoke bombs, swords, and shuriken, and you’ll need to use all of them to great effect if you want to succeed. 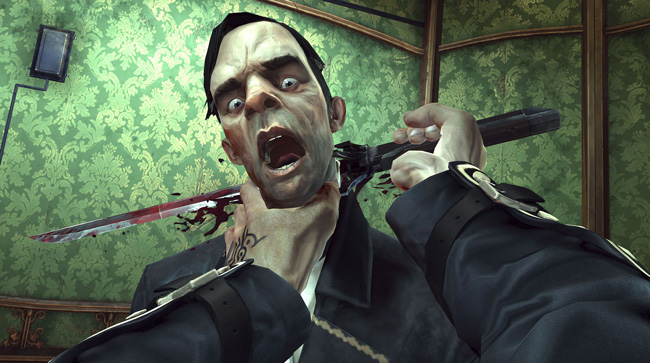 Both games in the Dishonored series are worthy entries here. They’re somewhat different as stealth games in that there’s less hiding and more moving from spot to spot. Oh, and there’s the whole superpowers thing. Corvo (and Emily in Dishonored 2) has access to a short-range teleport, the ability to summon rats, and other special abilities thanks to a shadowy figure called The Outsider. Traversing Dunwall, learning its mysteries, and working to complete the game without killing anyone are worthy pursuits for any stealth fan. 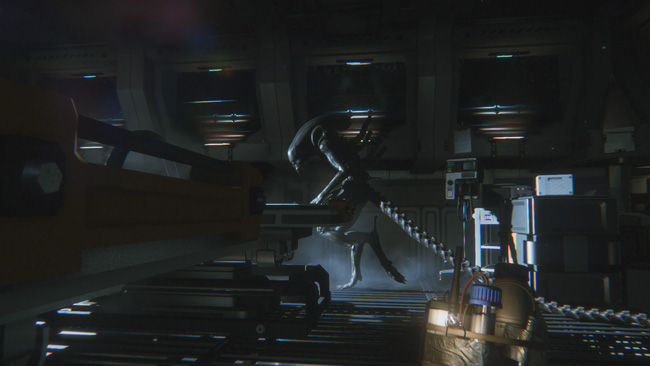 You’ll spend most of your time in >i?Alien: Isolation running away, but you won’t have to wonder who your antagonist is. The alien appears early and often, and you’ll quickly learn how to sneak about, utilizing cover, vents, and other hiding places to avoid your foe. Even though there’s only one alien, you’ll also have to deal with androids and other humans as you try to escape. The tension is only exacerbated by the fact that the sounds, lighting and other atmospherics are spot on as well. It’s a must play for stealth fans, survival horror fans, and oh yeah, Alien fans. 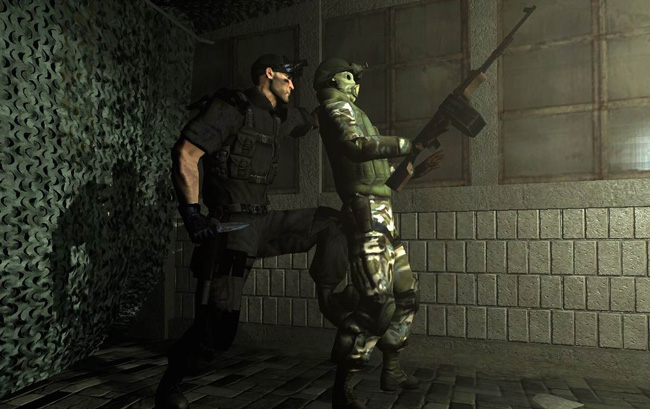 The Splinter Cell games were always fun, but Chaos Theory is where the series really came into its own. It took the focus on light and darkness to new levels, and provided protagonist Sam Fisher with plenty of new tools, including cameras fired from guns and the ability to interrogate enemies at knife point. But its best moments came when, after hours of agonizingly making your way through a level, you finished without a soul having laid eyes on you. That feeling was hard to beat. 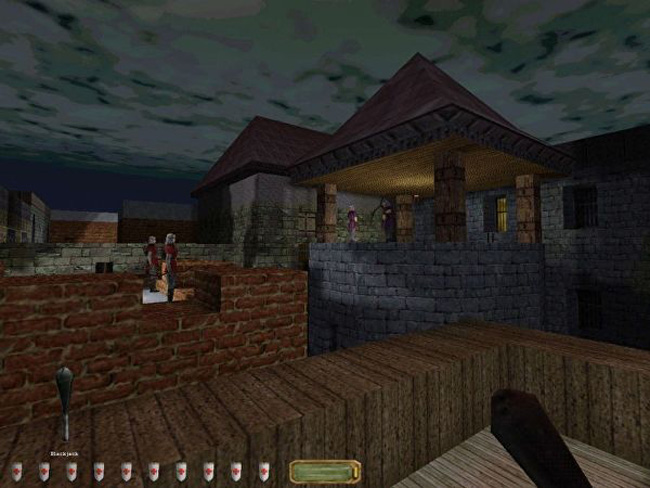 It’s hard to pick between the first two Thief games, because they are both great. If you want to play one, you should really play them both to get the full story of Garrett. But I always think that Thief II earns the title because its level design is so great, and its UI and AI are vastly superior. The levels are complex, with many paths through them, and you’ll be surprised how much story information you’ll garner just wandering around. The Thief games set the standard for how light and shadow affected stealth, and its simple approach is still worth experiencing. Just make sure you’re handy with a blackjack.