What if computers could generate Magic: The Gathering decks like some form of trading card game mad libs? Just imagine the hilarity that would ensue… Now, stop imagining, because this is a real thing. Angelo D’Argenio has written two articles detailing the AI that was able to “learn” how to generate perfectly reasonable Magic cards – it’s a fascinating insight into how human creativity could potentially be replaced by AI in the future. For the time being, however, the process is imperfect, and leads to some quaint results at times. Here are eight examples of accidentally humorous cards generated by a computer, excerpted from D’Argenio’s articles. 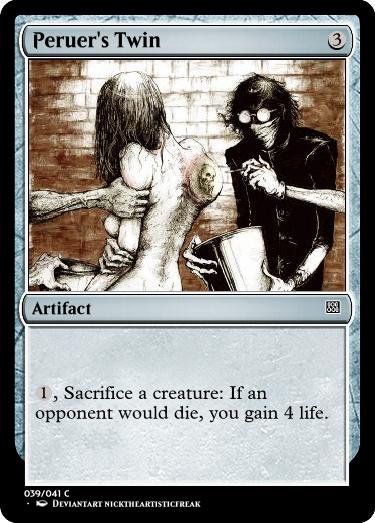 This is an artifact that exists solely to rub salt in your opponent’s wounds. Did you win the game? Gain 4 life anyway! I guess this would have some actual use in a gigantic free for all multiplayer game. 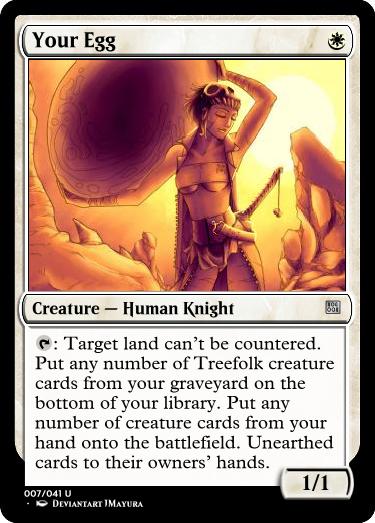 Oh what glorious gibberish this card is. Besides being called Your Egg, which is just the best name for any card ever (“I cast fireball on Your Egg; it is now boiled”) its tap ability prevents people from targeting lands, lets you put Treefolk cards on the bottom of your library, and allows you to dump your entire hand of creature cards for no cost! Then it does something with unearthed that it doesn’t particularly understand. That’s okay; we don’t particularly understand either. At least it got its power and toughness right. 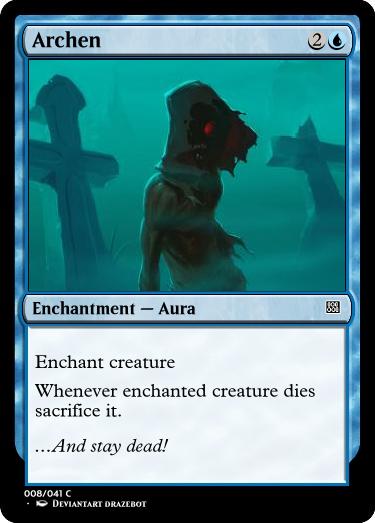 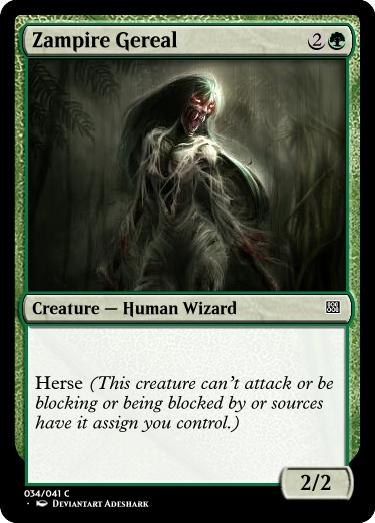 I just really like that Zampires (legally distinct from Vampires) have a keyword ability called Herse. I’m not entirely sure what it does as it’s reminder text sounds like a drunk hobo got his hands on a Magic rulebook, but it’s cool nonetheless. I’m also not sure why Zampires are green. Its creature type is Human Wizard, so maybe a Zampire is just someone cosplaying as a vampire. Or maybe that’s just a really unfortunate first name. One again the generator understood how power and toughness worked, but didn’t particularly understand how creature abilities worked. 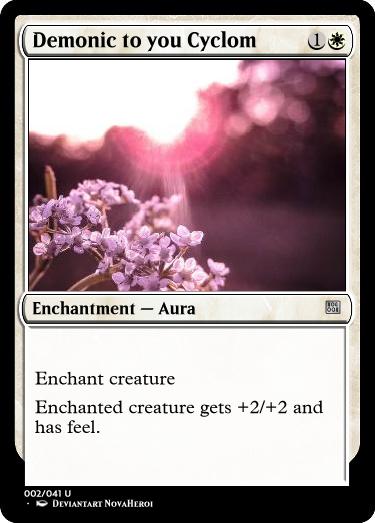 This one is almost playable. It also gives your creature all the feels. Awwwww! 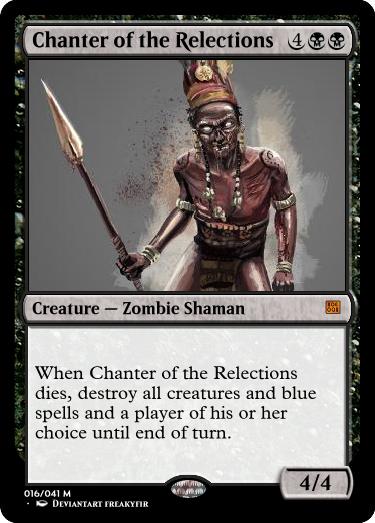 The ultimate destruction card! It destroys all creatures, and blue cards and… a player!? Well, it destroys a player of the Chanter’s choice, so start asking your card which player gets to be wiped off the face of existence. 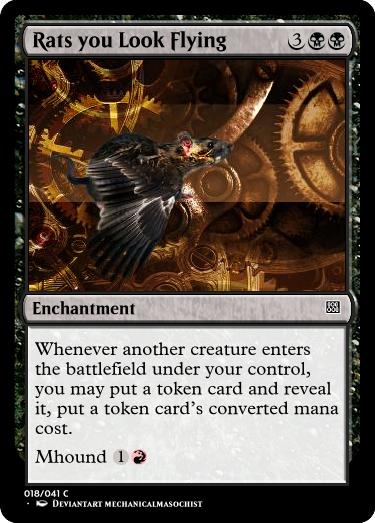 Another piece of fantastic gibberish. Rats you Look Flying didn’t even get its name’s capitalization right. I can’t even begin to interpret this card’s effect. I don’t know what Mhonunding is, and I’m totally unsure what it wants me to do with tokens. I guess, whenever a creature enters the battlefield under my control, I can put a token card… somewhere… and reveal it… and then I can put the converted mana cost… which is zero… on the token? Do I need a marker for this? 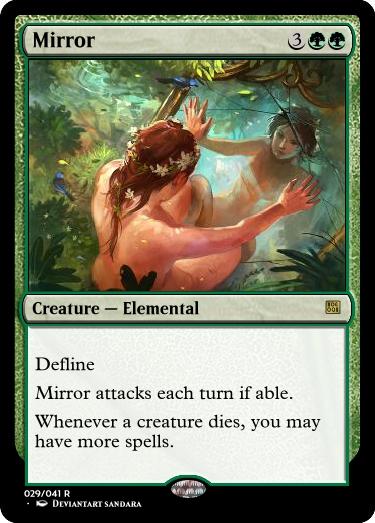 I don’t know what Deflining does, but I do know I want more spells. May I have more spells? This is also a rare example of the generator messing up creature power and toughness, as it has none.