The first episode of Resident Evil: Revelations 2 is out today. If you’re like me that, means you’ll play through it in one sitting, and be left wanting more. With the second episode still a little over a week away (March 4), you’ll have to get your horror fix somewhere. That’s where these eight games come in. You can play through any of these to keep your horror cravings at bay.

Got a favorite of your own? Tell us in the comments! 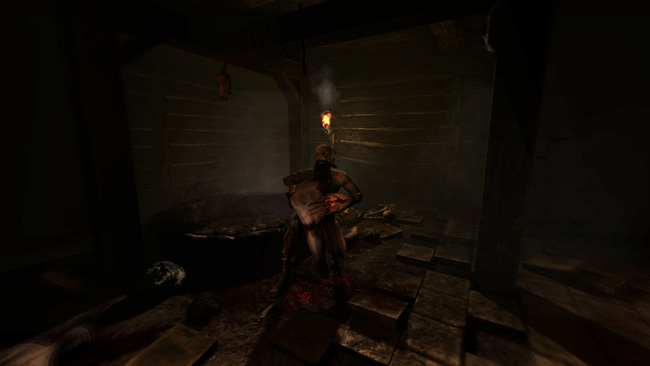 In Amnesia: The Dark Descent, you’re exploring a scary castle from a first person perspective. When you hear or see a monster, you don’t move to take it on. Instead, you have to find a way to avoid it, as there are no weapons available to the player. Not only do you have to make sure that you keep yourself alive, you also have to manage your sanity. Staying in the darkness, witnessing disturbing events, or staring at enemies for too long will drain your sanity. The lower your sanity, the more surreal and disturbing the environment becomes. It’s a game that loads you with stress, and then makes you run away instead of taking it out on something. 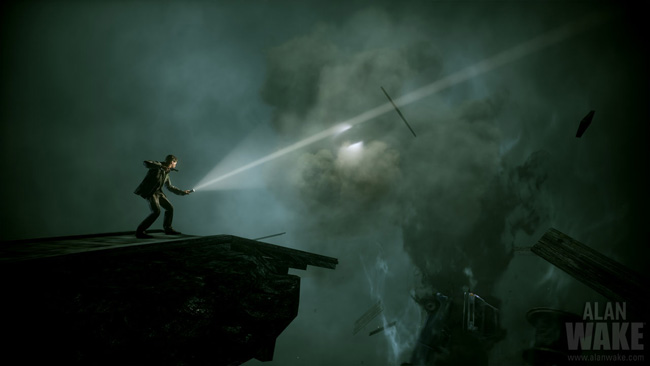 Alan Wake is still one of my favorite horror games. Not because of its combat, which is kind of clunky, but because the story is so well put together. It’s almost like playing a character in a Stephen King novel. As the titular novelist, you find yourself in the town of Bright Falls for a vacation as you attempt to get past the writer’s block that’s hindering your next novel. Less a survival horror game than a psychological thriller, Alan Wake nevertheless has its share of spooky, scary moments. 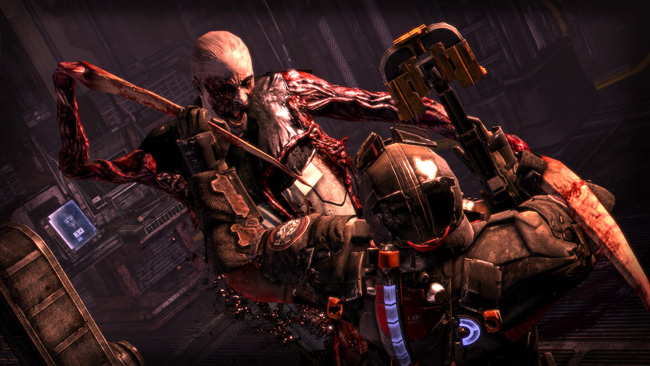 After his ship answered a distress call from the USG Ishimura but then crashed into it due to a malfunction, engineer Isaac Clarke finds himself as one of the few survivors. The rest of the crew has either died in the collision, or been attacked and killed by the monsters they found on the Ishimura. As he works his way through the ship repairing the critical systems, Isaac has to deal with the necromorphs, find a way to get another ship to come and rescue the survivors, and manage to overcome the treachery of the other humans still on the Ishimura. The game’s oppressive atmosphere and terrifying creatures make it a must-play for fans of the horror genre. 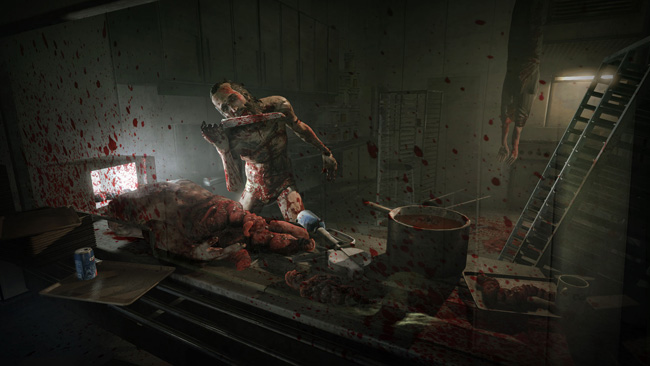 Outlast was an indie darling that popped on the scene in 2013. It casts you as Mike Upshur, a freelance investigative journalists, who’s investigating allegations of inhumane experiments being conducted at an asylum. When he arrives to check it out, he finds himself trapped in the asylum. Alone in the dark, with only a video camera with a nightshot mode to find his way around, Upshur is stalked by monsters and humans alike as he tries to make his way out. Outlast was a great experience, and it showed off just how scary a video game could be. 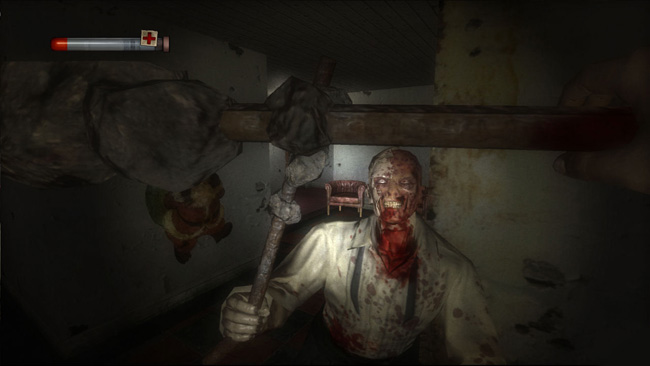 Another first-person horror title, Condemned: Criminal Origins casts you as FBI crime scene investigator Ethan Thomas. He’s searching for evidence to help track dopwn an elusive serial killer, known only as “X”. As he goes around the city investigating, the crazed denizens of the condemned buildings he’s in attack him mercilessly. Surprisingly, there’s not much shooting here. Guns are available, but there’s no extra ammo, and once the clip in the weapon is empty, it’s only useful as a club. The combination of forensics and the supernatural makes for a great experience. 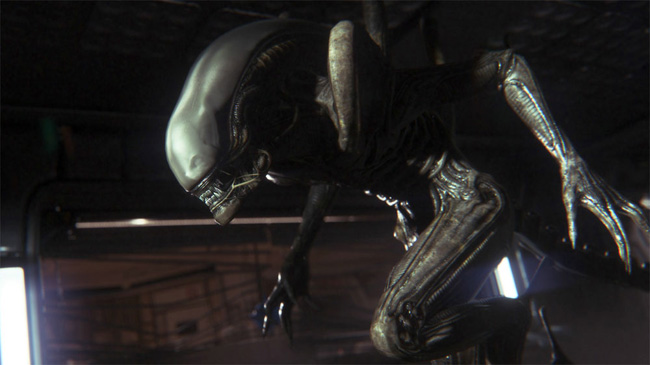 Creative Assembly’s take on the Alien formula turned out to be a near-perfect encapsulation of the fear and tension that were endemic to the first movie. Amanda Ripley’s search for information about her mother quickly turns ugly when she arrives on the space station Sevastopol. The station is in chaos, and Amanda soon learns why: there’s an Alien loose on the station. She spends the rest of the game avoiding the Alien, as well as the human and android foes that are out to stop her. While you can acquire a gun and make some devices to take out enemies, there’s a lot more avoiding and hiding here than there is combat. If you’re a fan of Alien, or just want to spend some time avoiding an unstoppable killing machine, this one is for you. 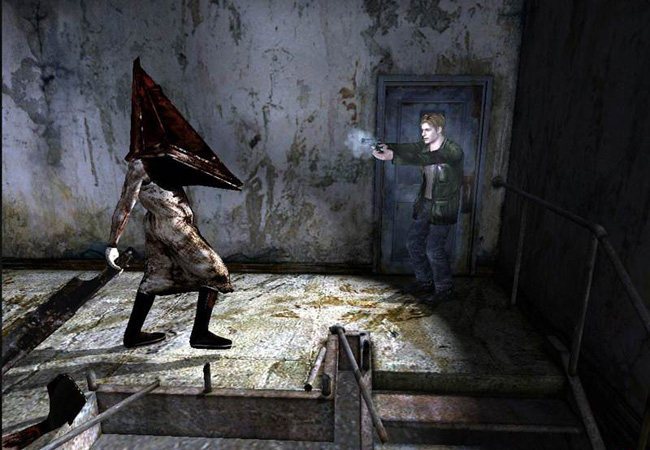 Silent Hill 2 is the story of James Sunderland, who’s come to the small town after receiving a letter from his deceased wife saying that she’s waiting for him there. Much of the game is spent exploring Silent Hill, solving puzzles, and attempting to track down his missing wife. Combat is a lesser focus of the game. We see the iconic Pyramid Head in SH2 for the first time as well. Silent Hill 2 brings everything to the table: creepy monster designs, atmosphere, psychological horror, and more. Top it off with a great soundtrack, and you’ve got a must-play horror title. 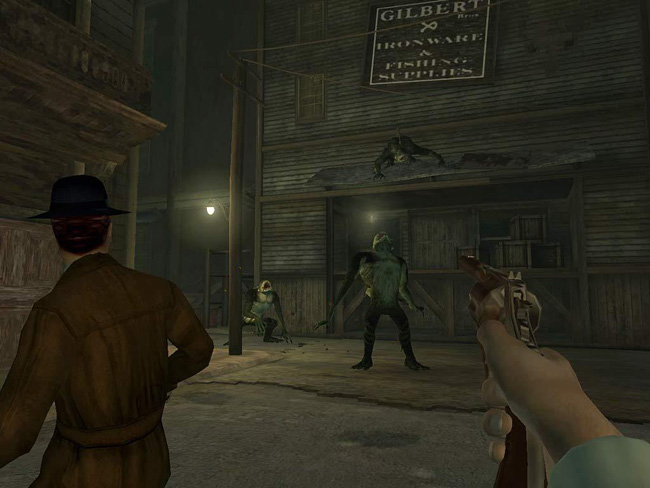 Call of Cthulhu: Dark Corners of the Earth

I hesitated to include Call of Cthulhu: Dark Corners of the Earth in this list, simple because the version available on Steam is a little buggy, but the horror it offers is too good to pass up. Combining stealth and evasion with investigation and even a little first-person shooter gameplay makes for a game that offers up a bit of everything. As private detective and former police officer Jack Walters, you’ll investigate cults, take on a Shoggoth, and learn the secrets of Cthulhu. There’s no HUD, so you’ll have to get all your info from visual and audio cues, and you’ll even need to count your shots to know when your gun is about to run empty. The atmosphere and setting of Dark Corners of the Earthcombine with some great set pieces (like the hotel escape scene) to make for an awesome experience.