Summer is almost over, and kids are going back to face the bleak reality of daily classes, homework, tests, and all that other stuff that gets in the way of 24 / 7 gaming. But, there are a few benefits to the back-to-school season – namely, it reminds me of all those awesome games pre-loaded on computer labs across the nation.

Here, I’m going to run down 8 awesomely nostalgic Back To School games. Who says educational games can’t be fun?

The Number Munchers was one of those fun puzzle games you could enjoy while sharpening up your math skills. After selecting your mode (Multiples, Factors, Primes, Etc) you’ll hop into a grid with the Number Muncher, and start munching away – you earn points for eating numbers that Multiples of 4, or 2, and as the difficulty level increases, your math skills will be tested.

It’s easy to forget a game like Number Munchers is educational. It’s simple, effective fun that keeps you active, and there’s just enough character that our child-brains were entertained by the basic graphics. The series continued, and Number Munchers remains an all-time classroom computer classic, along with another game everybody knows. 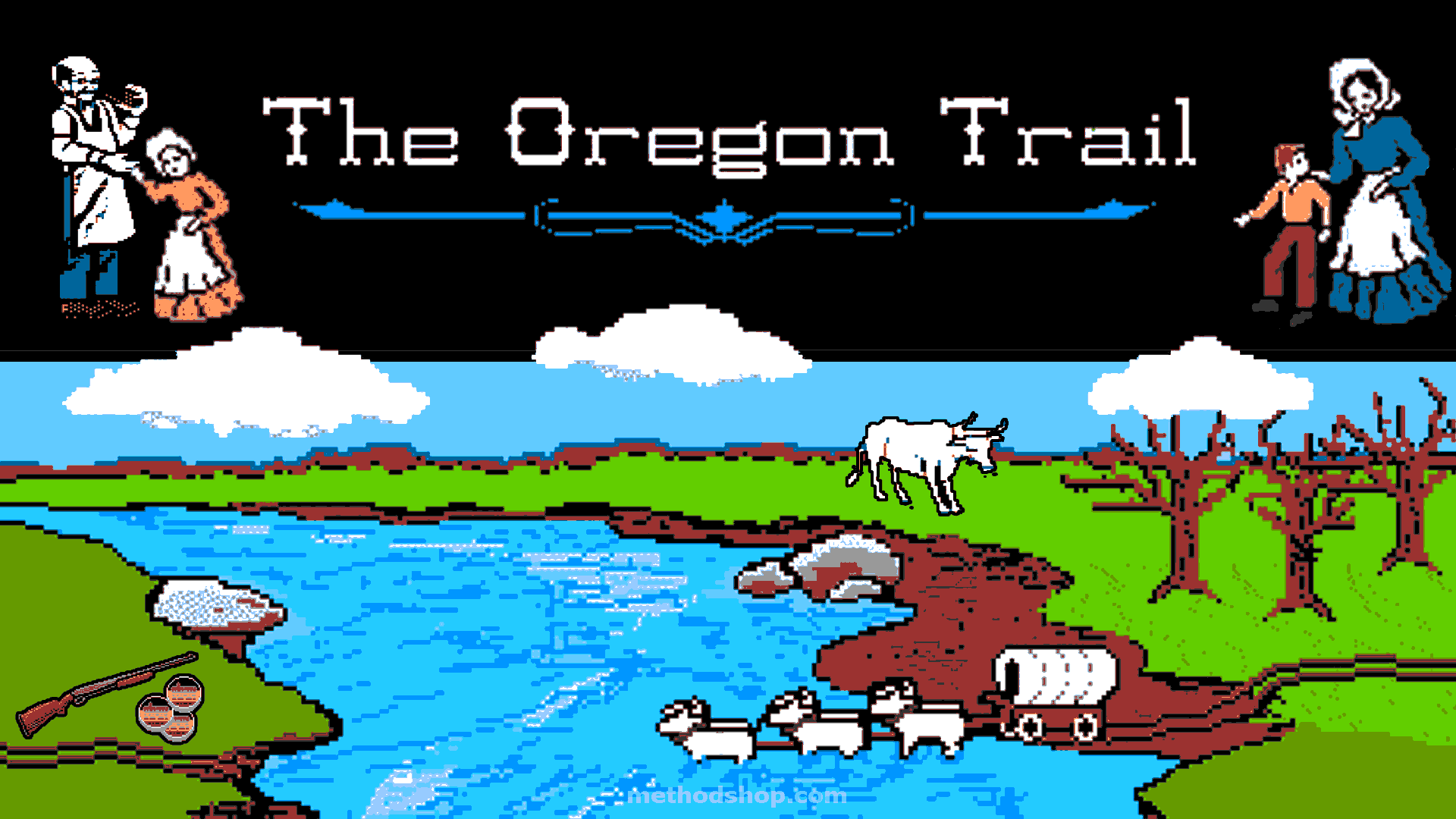 Everybody knows Oregon Trail. It was a mainstay on Elementary School computers, and a perfectly grim time-waster with educational elements. Really, looking back at it now, we’re not totally sure how this game was educational. Maybe it was trying to teach us that traveling the Oregon Trail would’ve been terrible.

Oregon Trail was an adventure game, an action game, and the true predecessor to rogue-like randomly generated, painfully difficult games like FTL. You pick your character, select your provisions, and attempt to ride the Oregon Trail without dying of dysentery. The game is so ubiquitous, it’s basically the Mario of educational games. When you think of Back-To-School gaming, the first thing I think of is Oregon Trail. 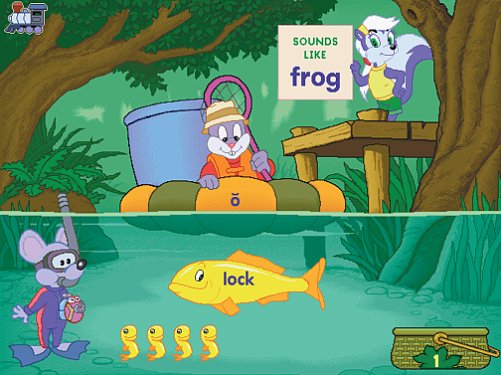 Even after learning how to read, Reader Rabbit was a pretty good way to brush up on your words. Like most of the series on this list, there are tons of Reader Rabbit games out there – some are about filling in letters to spell words, others are more complex, and challenge (slightly!) older kids to find the right word for certain sentences.

Stick with Reader Rabbit long enough, and the games step into the muddy waters of reader comprehension – a tricky subject, even for kids that have no problem understanding words. These games were an early, useful tool for helping young children learn their ABCs.

Creating Rube-Goldbery machines is the name of the game in The Incredible Machine. For each puzzle, you’re given a select number of parts to complete an objective – popping balloons, dropping balls into containers, tossing basketballs through hoops, and more. You’ll have to place machines (and parts) while connecting everything up to engines to complete each puzzle. It’s a really fun little game, and it surely helped lead more than a few curious minds toward the STEM fields. We can only hope. 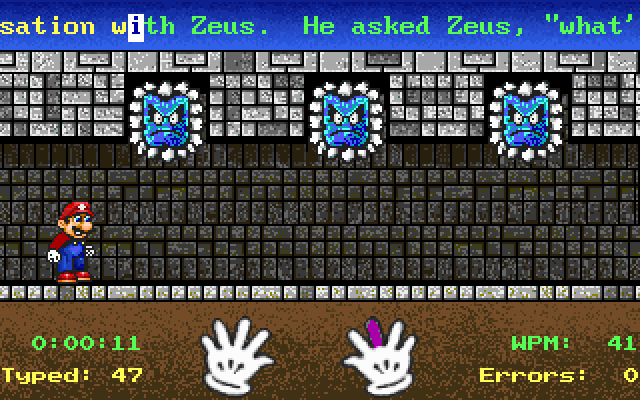 While hardly the best typing game available, just being associated with Mario makes this the most recognizable of the typing challengers. Like the slightly-more adult Typing of the Dead, the game is all about typing – and typing as fast as possible. Mario is controlled by typing instead of your controller.

The levels are setup to resemble stages in Super Mario Bros.. There are enemies to hop on, blocks to jump into, and Princesses to save – you’ll just have to type to make progress. Letters, and eventually words or phrases impede your progress in the standard typing-game format. Look, I couldn’t turn down Mario as a child, so Mario Teaches Typing earned most of my typing-game time by default.

My persona favorite educational game, Math Blaster is about two things – solving simple math problems, and shooting garbage. After completing a series of math problems correctly, your little lizard brain is rewarded with a shooting sequence. Junk flies across your space ship screen. You click to shoot as much floating debris as possible – you’re not just getting smarter, you’re cleaning up space too!

Other games in the series featured interactive stories, pausing to let the player solve math puzzles – like guessing how many gold eggs were hidden inside a box, based on the size of the box, naturally – or 2D platforming puzzles, forcing your crew of aliens to collect numbers to complete equations. That’s all too confusing for me. I’ll settle for the math problems and trash shooting, thank you very much. 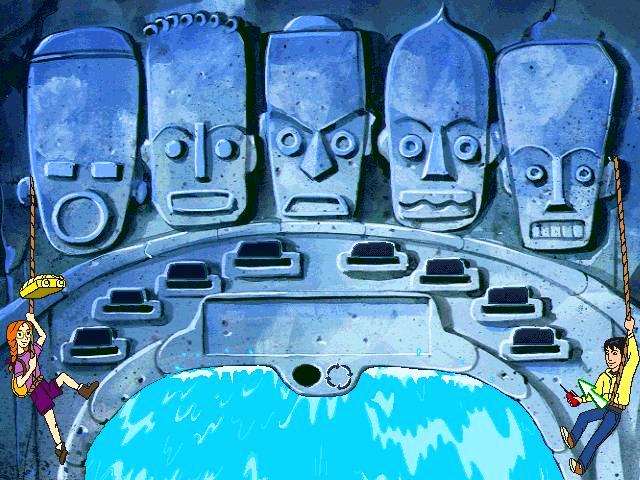 Another blast from the old-school past, the ClueFinders series is a Reader Rabbit for older kids. These games aren’t so simple, and aim to improve abstract thinking with more complex puzzles, and an actual narrative to follow. This is an adventure game in all but name – but the puzzle structure really puts it closure to something like the Layton series.

Playing as a group of cluefinding kids, you go from screen-to-screen, completing various educational activities. There’s less focus on pure reading comprehension in ClueFinders, with tons of math puzzles thrown in to tax both sides of your brain. It was a pretty good way to pass the time back in the golden age of educational games.

Logical Journey of the Zoombinis

Another weird little puzzle game that’s just educational enough to trick teachers and school administrators into installing it, the Logical Journey of the Zoombinis is a puzzle game that’s all about defining parameters. It’s your job to save the Zoombinis, strange little blue guys with a variety of accessories and styles you can select before beginning your adventure.

There’s something inherently charming about the Zoombinis, and the game doesn’t have any creepy visions of hell like the similarly premised Lemmings series. You won’t see the Zoombinis getting crushed, burnt, or drowning – no, this is a nice little game about figuring out which Zoombinis can do what, and where they can go. No math or letters to learn here – it’s just pure logic, and one of the most fun games involving the process of elimination. Here’s hoping this game (and others on this list) continue to get play on old, under-funded school computers across the nation.