To commemorate the seventieth anniversary of D-Day we are giving you eight of the amazing tools that soldiers had at their disposal during the second World War. So check out the gallery and appreciate what it took to fight a war. 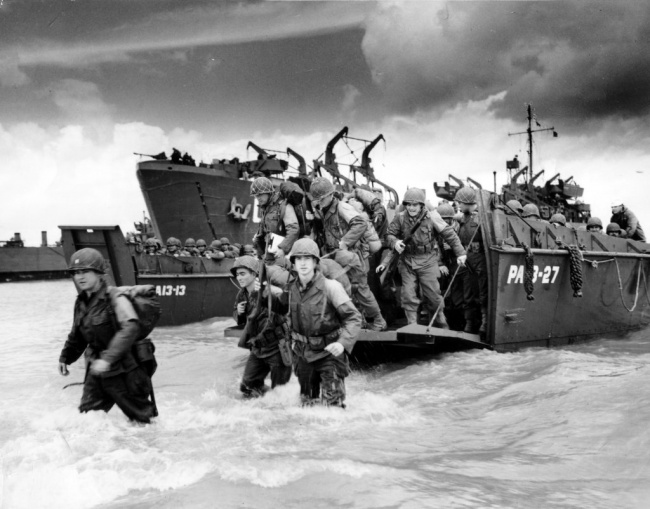 The Higgins Boat, or LCVP (Landing Craft, Vehicle, Personnel) was used to deliver soldiers to the front lines of battle. It was so important that General Dwight D. Eisenhower said “If Higgins had not designed and built those LCVPs, we never could have landed over an open beach. The whole strategy of the war would have been different.” 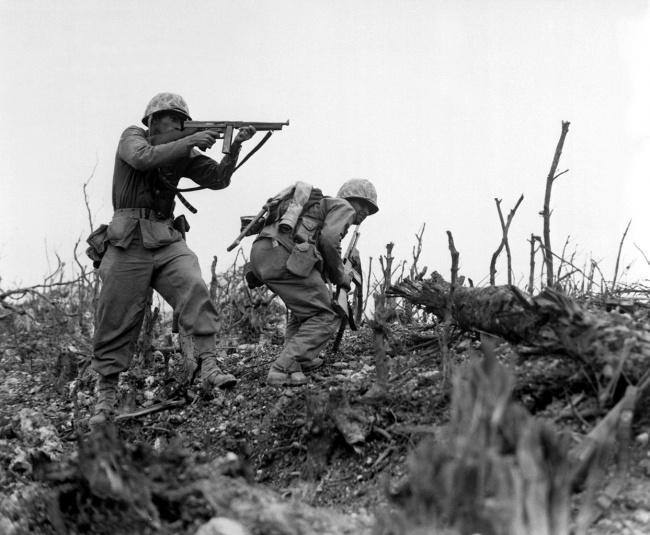 The Thompson submachine gun, nicknamed the Tommy Gun, was adopted by the U.S. military in 1938. This quick-shooting gun was the gun of choice for civilians and soldiers alike, it was notoriously used by mobsters to get rid of undesirable individuals. 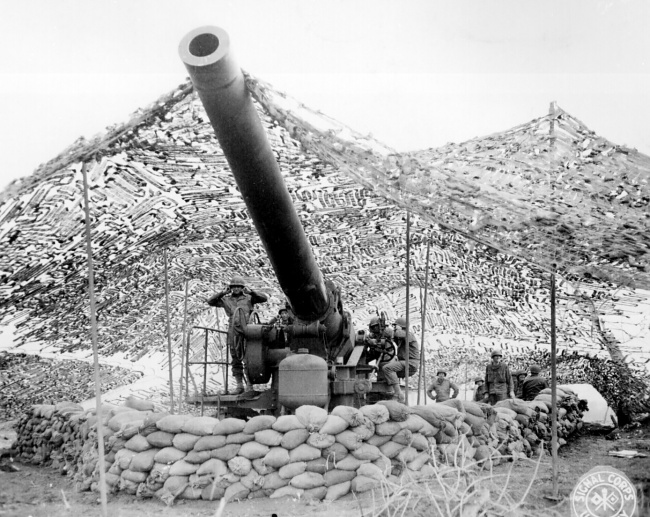 The M1 240mm Howitzer first saw use on the Anzio Beachhead in 1943. It went on to be used in the Korean war, they were used to handle the Chinese bunkers and fortifications. A weapon of this caliber is referred to as “super heavy artillery” – it’s so large as to be completely unwieldy in normal combat. 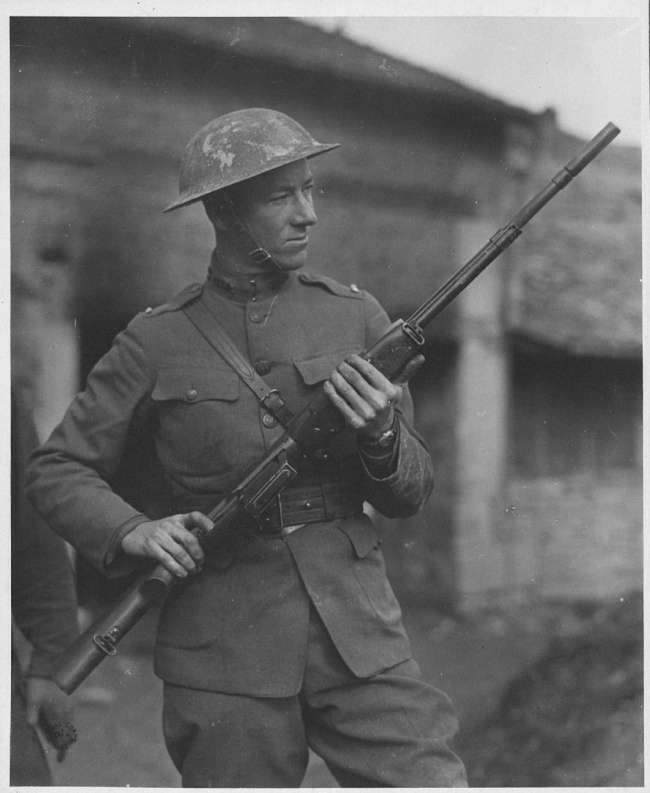 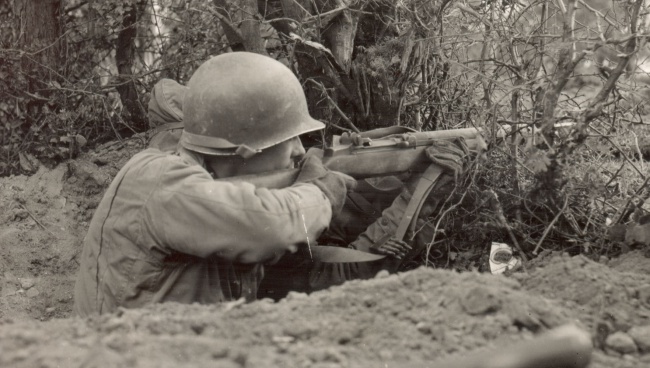 General George S. Patton referred to the M1 Garand as “the greates battle implement ever devised.” The Garand truly helped the allies win the war, the higher fire-rate made the gun superior to the bolt action weapons that the enemy would consider standard. 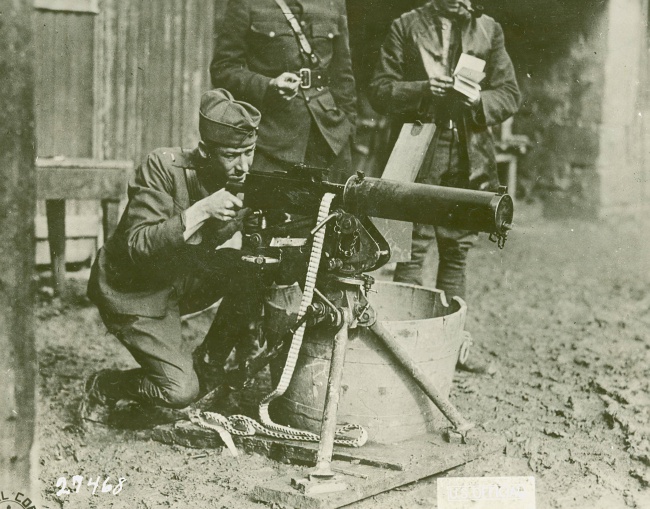 One more of Browning’s masterpieces. The M1917 Browning was used throughout World War I, World War II, and Korea. This heavy machine gun was used in the air and on the ground. The diversity of its use was probably because of its high fire rate at 450 rounds per minute. 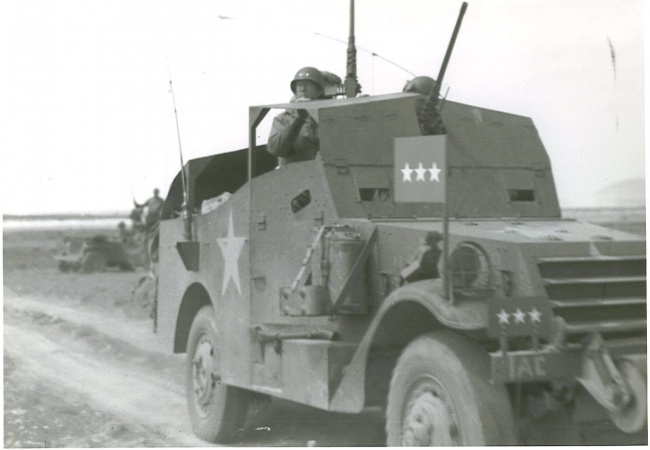 The M3 Scout Car, or White Scout Car, was armored vehicle that saw quite a bit of use in World War II. Pictured above is General George S. Patton in his personal scout car. There was also a version that was made with tracks, call the M3 halftrack. This useful piece of machinery was also used by the military as an ambulance, so you know that it had to be sturdy. 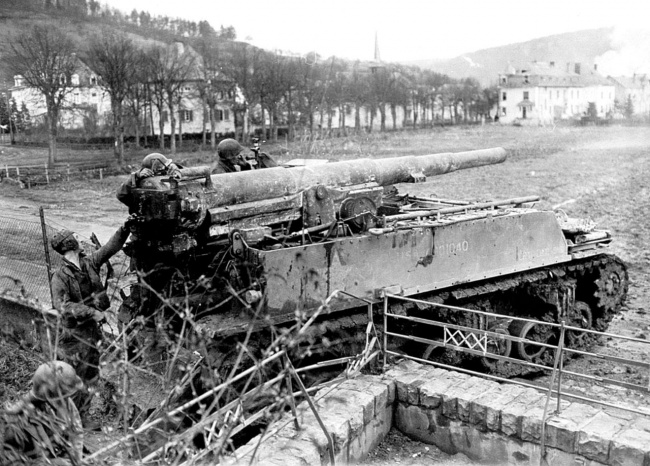 The M12 Gun Motor Carriage was basically a 155mm gun mounted onto an M3 Lee tank. They saw most of their action in North-West Europe during the war. Today there is only one remaining M12, it is on display in the Fort Still museum in Oklahoma.