Is The Simpsonsa parody of the world or is the world a parody of what happens on The Simpsons? The Simpsons have an uncanny knack for somehow predicting the future. Do they have a time machine and do this on purpose, are they a bunch of clairvoyants? We simply don’t know. What we do know is that there have been multiple times that events in their show have become true with surprising accuracy at times.

Here are eight interesting events that happened in the show.

Any Simpsons fan knows who “Blinky” is. The 3-eyed fish that was first seen in the show over 20 years ago thanks to the radiation coming from the power plant.

Well, fast forward to 2011 and as a fisherman was just trying to catch a meal near the local power plant, he catches none other than a three-eyed fish that looks eerily similar to its cartoon counterpart!

This is one of those random things that Homer fantasizes about by combining clothing or an item he frequently uses with food to somehow make it better. In a 1998 episode, Homer realizes he hasn’t done anything with his life and ventures out to create that one item that would make him the next big inventor. One of the ideas he has is Hamburger Earmuffs.

Well, these really exist, or did at one point. When an Amazon user tried to order a t-shirt from the retailer, he was shipped a pair of these bad boys instead. He made a bunch of tweets with bad puns on twitter to show them off, having a bit of fun with them and they went viral. 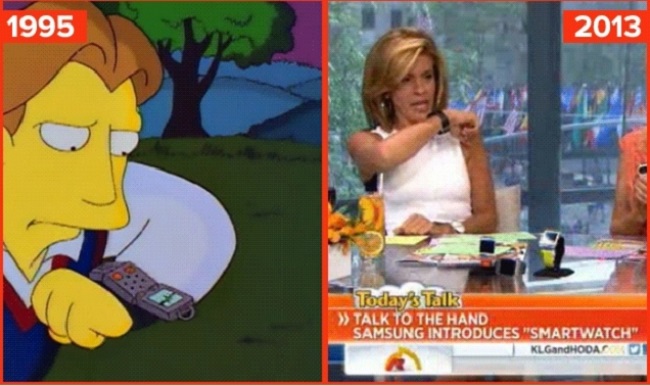 Back in 1995, The Simpsons aired an episode which Lisa sees a glimpse in her future where she sees a who she would potentially marry. In this episode, her fiance owns a watch he can speak into, just like the ones you can find today. 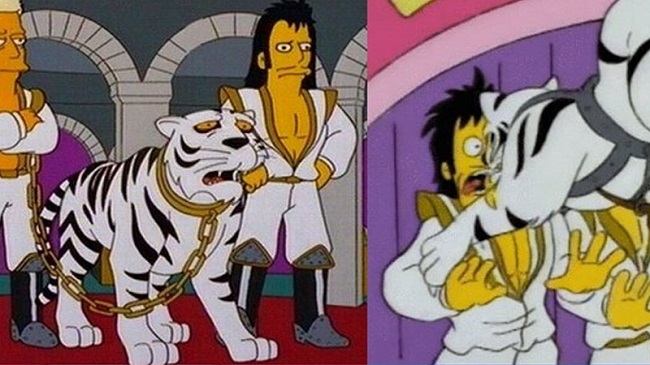 What is it with the 20-year time gap? Did <>The Simpsons<> really have someone that could predict the future or something?

In 1993, The Simpsons played an episode where famous magicians, Siegfried and Roy, were attacked by one of their beloved white tigers only to have it happen 20 years later in 2003! 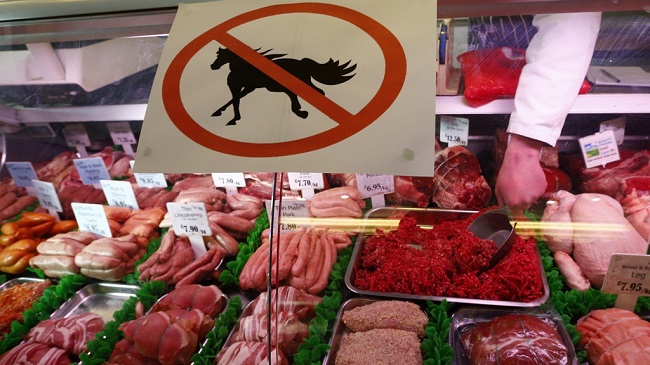 In 1994, The Simpsons showed the kind of meat they serve in their elementary school, horse meat.

Well, it turns out in 2013 the United Kingdom and other nearby countries had such an issue with various supermarket chains serving horsemeat labeled as beef we would normally associate with cow meat.

This election season, one big topic that was discussed was the flood of fake news that hit social media. This new weapon in the mud-slinging arsenal made it difficult for the average voter to know what was real and what was fake in the ocean of information. The Simpsons predicted this sort of thing with an episode showing that the editor of a television show edited footage to make Homer look like a sex-crazed maniac.

In 2010, The Simpsons aired an episode in which Jagdish Bhagwati wins a Nobel prize in Economics. When Martin shows the betting pool list, it shows that Milhouse predicted that MIT Prof. Holmstrom would win it. This year, Professor Holmstrom did win this coveted prize. While it took him another 6 years, it’s just another example of all of the little things that can be found in each episode.

Back then, the writers used Trump as a warning that the country was going insane and in their eyes, Trump was the perfect candidate to represent this escalation of crazy. While it was a small reference, it was a prediction that became true, nonetheless.