We didn’t do our normal “If I Won the Lottery” section for our gift guide this year, but that doesn’t mean there aren’t a ton of products that go beyond a more modest gift-giving budget, so we decided to have a go at it. These gift ideas are way too expensive to be a reasonable purchase for a passing acquaintance (Unless you’re Notch, in which case, I’d like to remind him that I’m a passing acquaintance!) but if you’re looking for that piece de resistance gift for your dearest gamer, this might help! 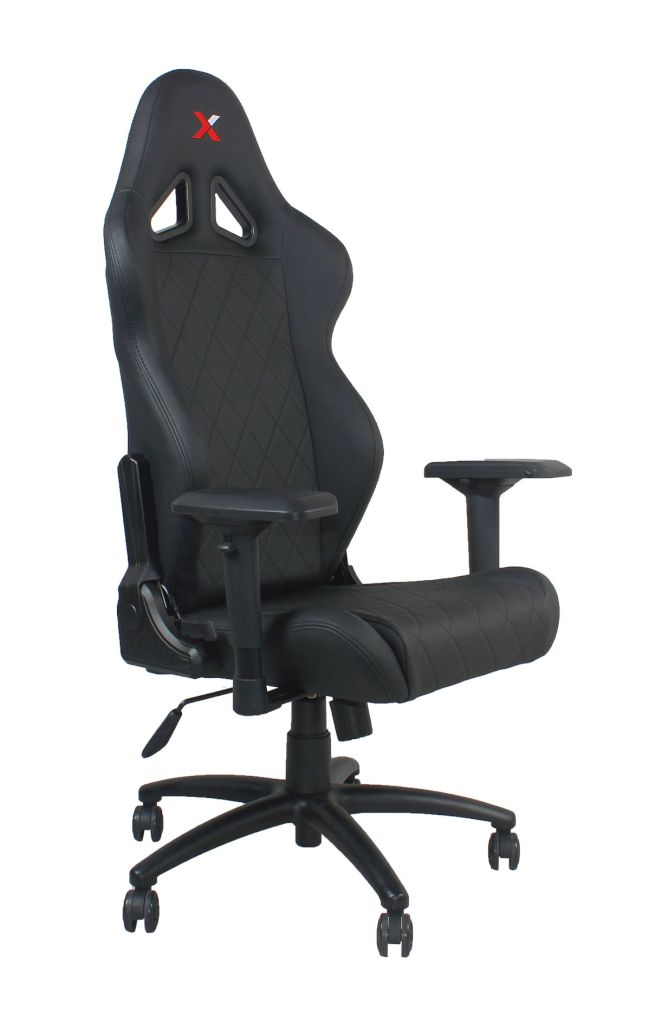 I’ve never been a particular connoisseur of office chairs, but I’ve talked repeatedly about the Playseat racing chair, and the description of RapidX’s Ferrino line was reminiscent enough of that to pique my interest. Turns out, it’s very much like the Playseat, both in form and style, and hits a similar price point, but the RapidX Ferrino is relevant to anybody with a desk. The folks at RapidX sent me the Ferrino model to check out a couple weeks back, and I’m still in shock at how much of a difference a good chair makes when you sit at a desk for 12+ hours a day.

When I was assembling it, I did end up breaking off a couple fragments from a plastic facade, which didn’t noticeably affect the chair but doesn’t reflect the impeccable quality of the product. The Ferrino’s reclining seat back and adjustable arm rests make it perfect for a shared space, when you’re not the only one using it, or for long gaming or working sessions. The outrageously silly product images seem to bespeak the company’s commitment to its product over its hype. Seriously, they actually photoshopped the chair next to a desk. And into a skate park. And into some sort of… warehouse, maybe? Obviously, they do it to easily swap out different models and colors, but I’m easily amused, so I made these.

I’m not going to claim that I know this to be the best chair, and it carries a fairly hefty $350 price tag, but I can say that it’s the most comfortable, functional office chair I’ve ever used, and I’m old enough now to appreciate the optional lumbar support.

VR is a heavy investment and an untested industry, so it’s a bit risky to invest in the hardware as a hobbyist. It’s still an incredible piece of technology that will awe even the most serious technophiles. I’ve had a good bit of experience with both the HTC Vive and the Oculus Rift and found they actually complement each other quite well, as different situations will lend themselves to one or the other headset. If you’re not sure which would be better for your VR-curious loved one, check this out. 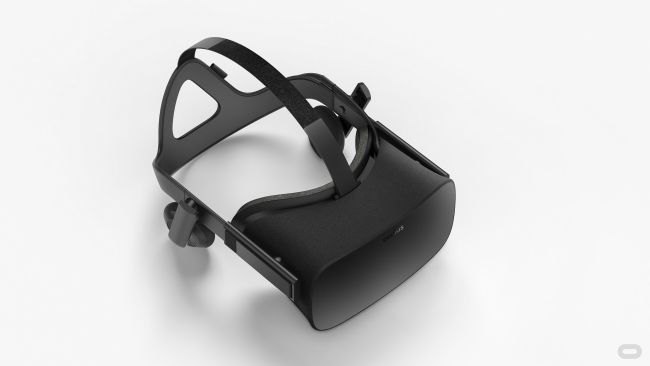 Oculus Rift offers a great VR experience in a more limited space. You can get a near-complete experience on Oculus just sitting at your desk because there’s only one sensor. That limits the technology’s ability for more immersive experiences, as it’s difficult for the sensor to track the headset if you’re facing the other way. Not everybody wants to commit a whole room to VR, so the Oculus is the best bet for someone that’s likely to use it less regularly and more recreationally.

TL;DR – If they’ll be playing with VR at their desk, get them the Oculus Rift. 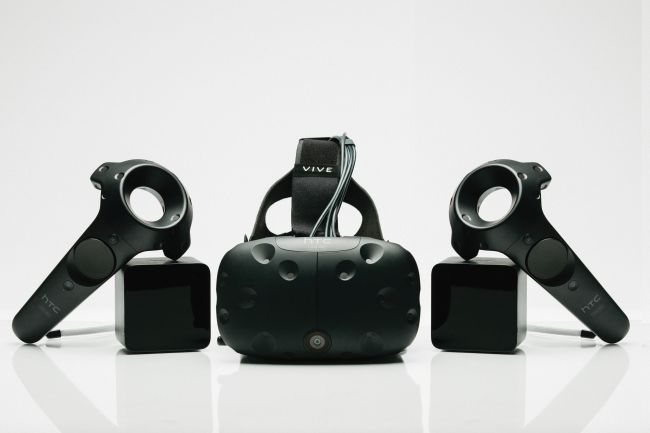 HTC VIVE has a more advanced sensor setup that requires you to mount a laser beam cube (technical term) to two opposite corners of the play area. It’s nearly impossible to have enough space for the full experience in a furnished office, but if you can find the space, it will be a fuller immersive experience. It also defaults to a controller in each hand, which then serve as your hands in the virtual world. (The controllers are also why the price tags are so different. Oculus Touch just launched at $200, making the package cost roughly the same.) If you’re not restricted by physical space(insert metaphysics joke here), the VIVE will be a great option for someone likely to spend a lot of time with VR.

TL;DR – If they’ll be playing with VR a lot, and have plenty of space to play in, get them the HTC VIVE. 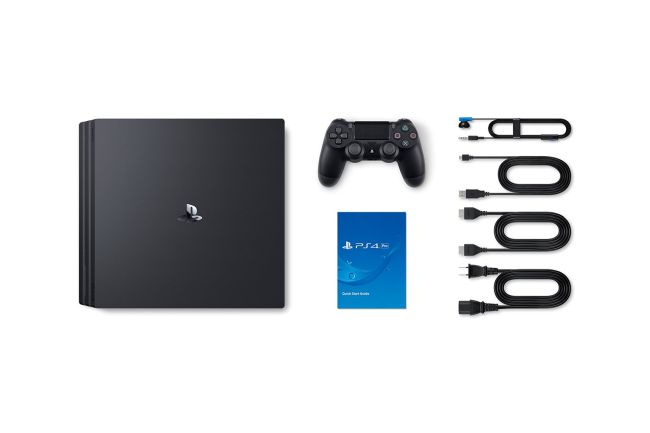 Until earlier this year, my last PlayStation was a PS2 that broke twice, days after the warranty expired. I’ve been on Xbox ever since, but I finally acquired a PS4 earlier this year, and it made me seriously disappointed that I waited this long. Sure enough, just a few months later, the PS4 Pro shows up and makes me sad all over again.

If your lucky gamer already has a 4k-resolution TV, the PS4 Pro is the first console to support it, and the vast increase in processing power will help minimize load times, as well as improve the visual performance in graphics-intensive games. I want one and I don’t even have a 4k TV, I am just incredibly impatient. 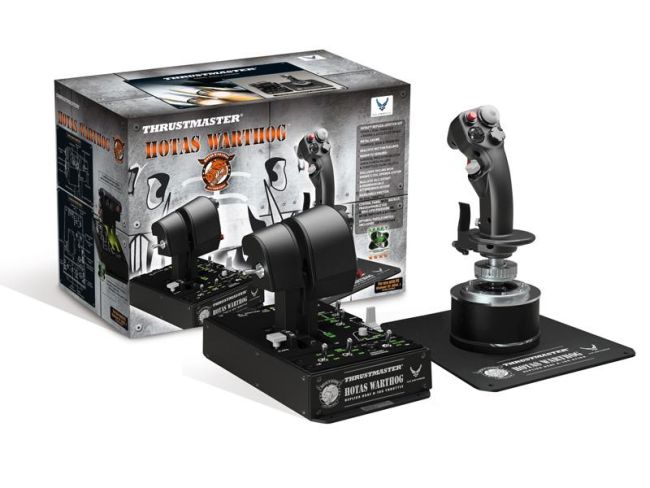 At first glance, the HOTAS Warthog may seem like an insane indulgence, but in the world of high-end flight simulators, it’s not anywhere close to top-of-the-line. Modeled after the actual controls in the US Air Force’s A-10 Warthog (hence the name), this joystick-throttle combination is well-made, covered in buttons and aircraft-grade toggle switches, and it’s satisfyingly heavy (14 pounds!). The joystick can be mounted to your desk, and the thing is just insanely accurate. Paired up with the matching throttle, it’s as close as you can get to flying an A-10 without joining the military.

If there’s a gamer on your list that’s looking for the precision of a flight stick and enough buttons to never have to touch the keyboard once the game is running, this is the setup they need. You could even kick in a copy of DCS World to complete the package. Despite having some clunky software to customize it, it’s as high-end as most flight sim pilots will ever get. It’s not a Boeing 737 cockpit mocked up in a garage, but it’s pretty damn good nonetheless. 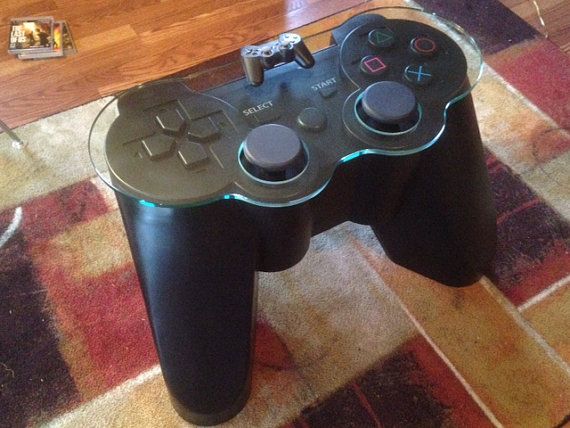 If there’s a gamer in your life that you like enough that you’re willing to part with $3,000, you may want to consider this massive PlayStation 3 Controller coffee table. The entire thing is handmade from Birch plywood and comes complete with a custom cut tempered glass top, so you don’t have to worry about IRL fighting anyone who spills a drink on it. Probably. There’s even a nifty fold-down door, perfect for storing games, and controllers, and games, and snacks, and…I think you get the point.

The table is nearly a perfect replica of the controller that inspired it – only, you know, 100lbs, so you should be prepared to hand over an extra $200 for shipping. 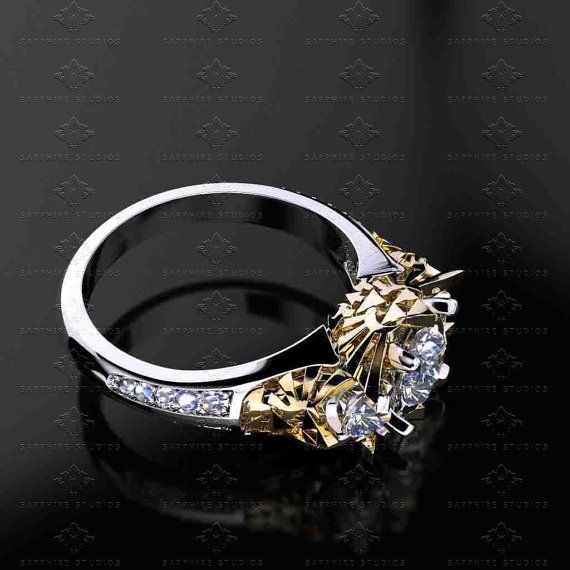 Legend of Zelda Triforce Engagement Ring. Produced by SapphireDesignStudio. Available for $485 to $1,266 USD at Etsy.

If you’re looking for both a gift for that special gamer in your life and an engagement ring, there’s no shortage of video game-inspired engagement rings for you to choose from – and while my judgement may be clouded by personal preference, some of the finest selections happen to be inspired by The Legend of Zelda. Take this one on Etsy, for example. So, what makes this a Legend of Zelda engagement ring? Probably has something to do with the awesome hylian crest details surrounding the lab-created diamonds.

The ring ranges from $483.14 for a Sterling Silver option, all the way to $1,266.61 for 18K white gold, with the option of adding yellow, rose, or black accents. If you want to get really crazy, there’s also a matching wedding band for an extra $500. You know, because it’s dangerous to go alone. 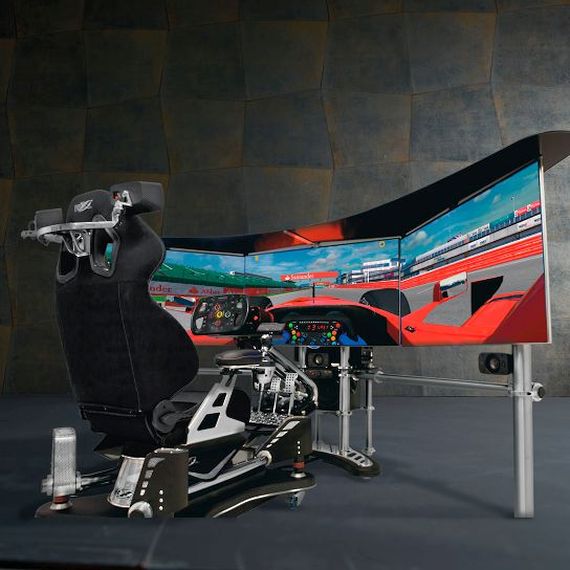 If you need a gift for the racing fan on your list who seemingly has everything, we can almost guarantee that he doesn’t have this. The Z-55 includes a complete PC, three 55 inch HDTVs, and a 500-watt surround sound system. The entire frame is crafted from hand-polished stainless steel and aircraft aluminum. The included Italian Sparco racing seat is connected to a D-BOX motion system that can deliver 2g of acceleration and three degrees of movement. The pedals are the ClubSport V2 with a hydraulic dampened, pressure-sensitive brake and degressive clutch.

The unit’s $61,500 price tag includes having technicians come to your home, assemble this beast, and install it. It’s 124 inches wide and 89 inches long, so you need to make sure you have room in the house for it. If your racing fan wants the most authentic in-home experience, this is it. And hey, who doesn’t drop over 60 grand on their Christmas presents?