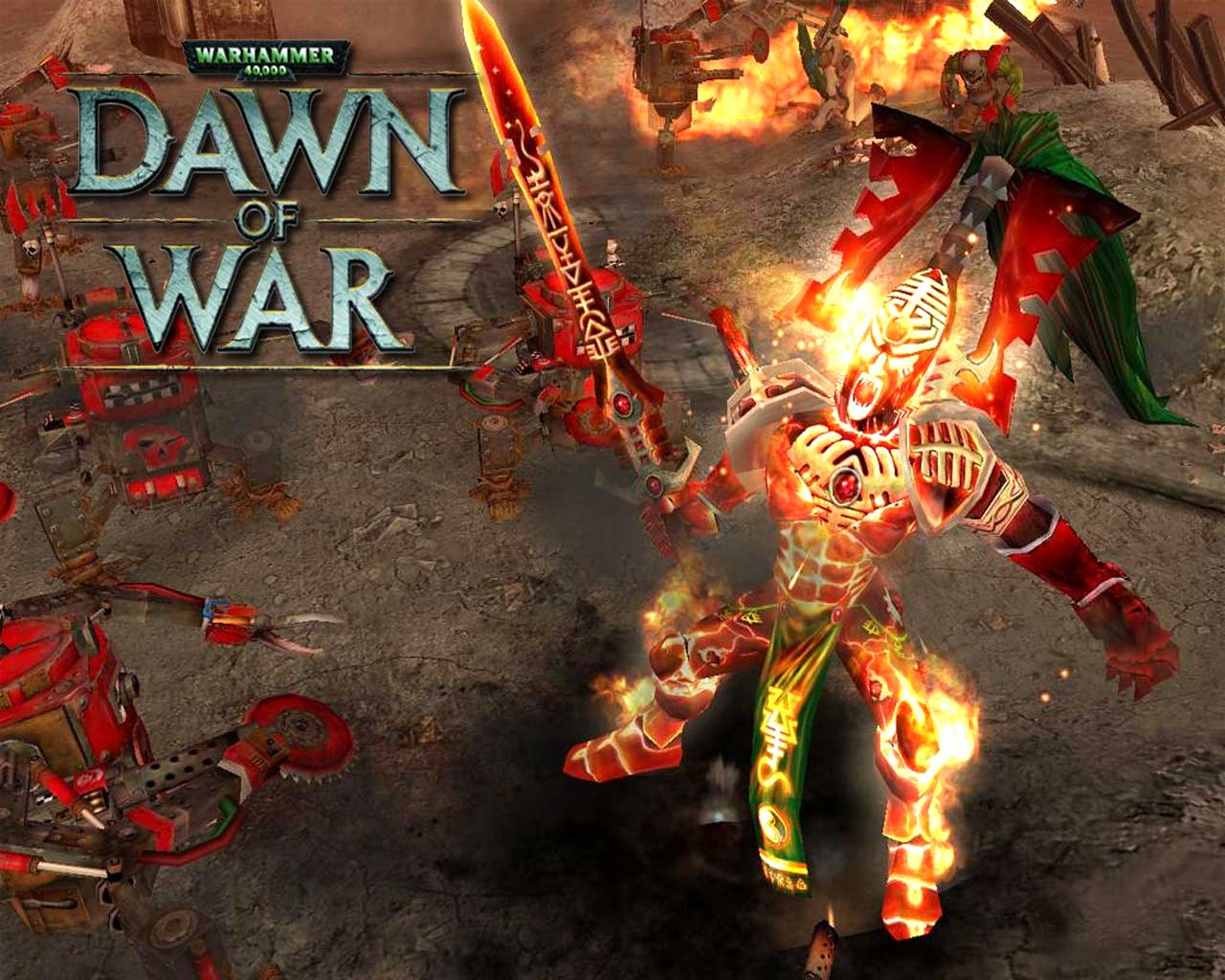 There have been many Warhammer and Warhammer 40,000 games in the past, but quite a few never really got past cult classic status, like Final Liberation or Chaos Gate. But then Games Workshop partnered up with Relic, the makers of Homeworld (one of my favorite RTS titles ever), and blew everyone away with Dawn of War. With a polished presentation and intense multiplayer modes Dawn Of War and its spin-offs (Except for Soulstorm, cause ugh) raised the bar for all Warhammer 40,000 games to come. Plus, that CGI intro sequence? I could watch it over and over. 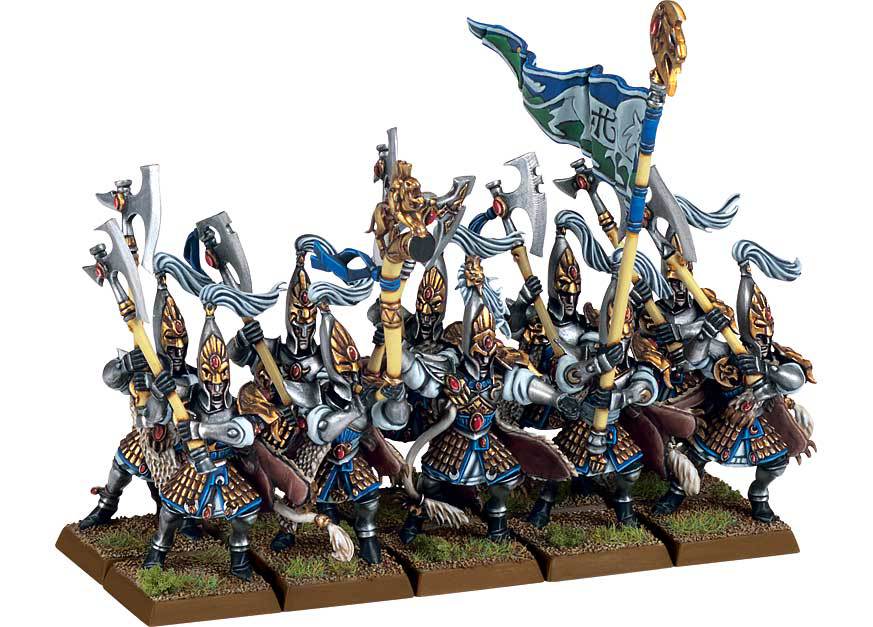 While most fantasy elves are stereotypical tree-hugging hippie archers, the High Elves from Warhammer are all about getting things done with giant freaking axes, like this Lions of Chrace unit pictured here. I don’t know about you all, but I sure can’t picture Legolas leaping into the fray in full plate armor swinging around a weapon bigger than he is. 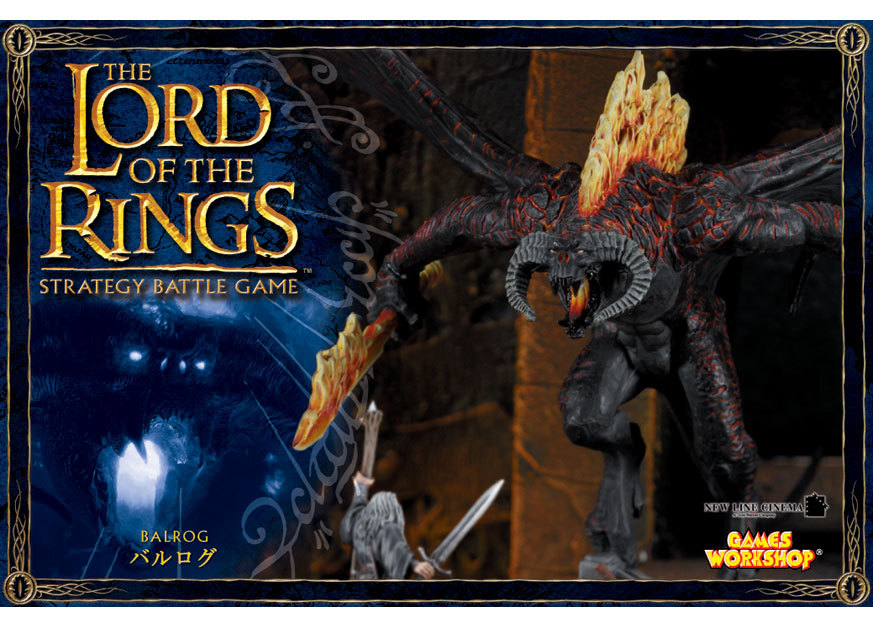 What could have been a cheap cash in on the Lord of the Rings movies turned out to be an incredibly well put together tabletop mini games. With rules comparable to Warhammer, easy to understand unit stats, and a system that scaled very well from small to large scale battles that was less finicky about points and army construction, the Lord of the Rings Strategy Battle Game turned out to be a really nifty board game that all gamers could enjoy. 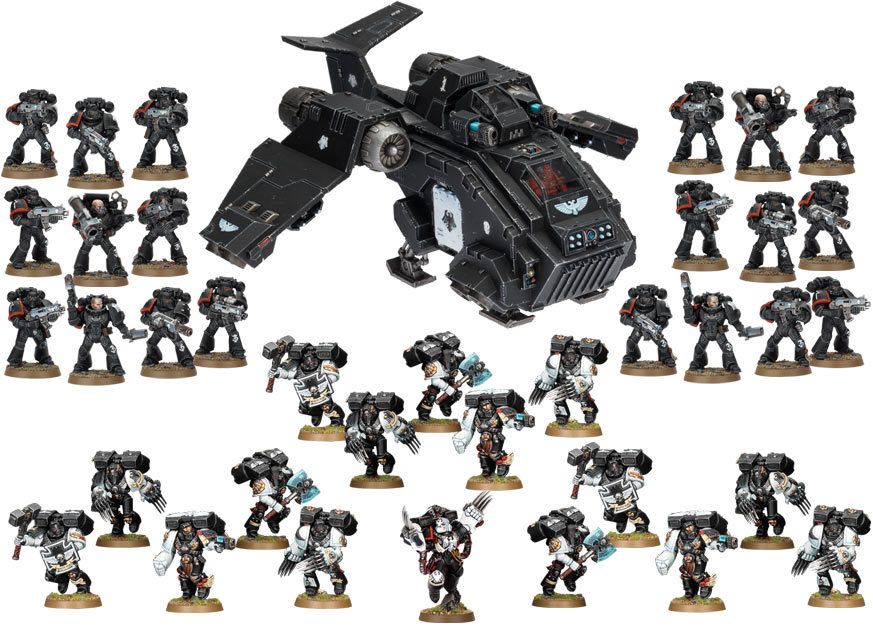 Okay, so the Raven Guard Chapter of Space Marines are essentially eight foot tall ninjas in power armor. That’s wicked cool, if you ask me. 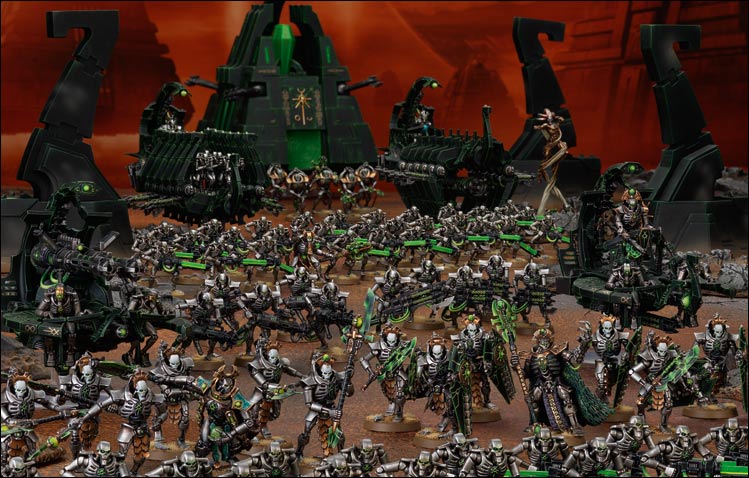 I remember the first time the Necrons appeared in White Dwarf, Games Workshop’s (former) monthly magazine where they were initially a faction of mysterious robots that showed up just at the end of Warhammer 40,000‘s 2nd Edition run; I almost immediately saved up to purchase the original all-metal boxed set of Necron Raiders and painted them a very shiny metallic silver and bronze. Now, several editions later, they’ve evolved into a full-blown army, showing how Games Workshop could sometimes turn a small idea into something much larger and epic. 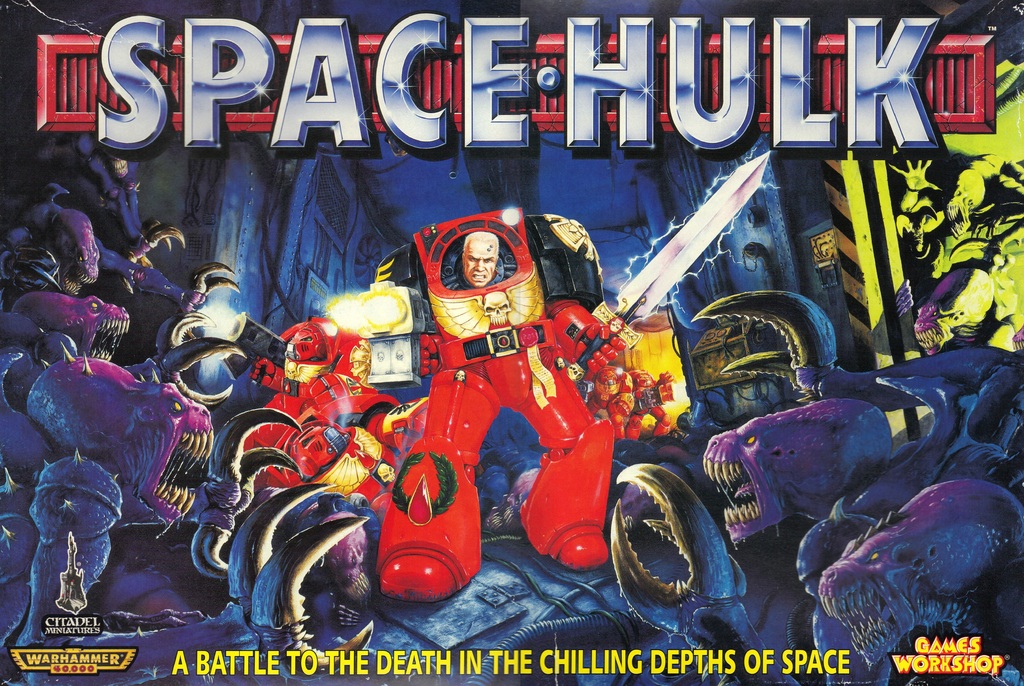 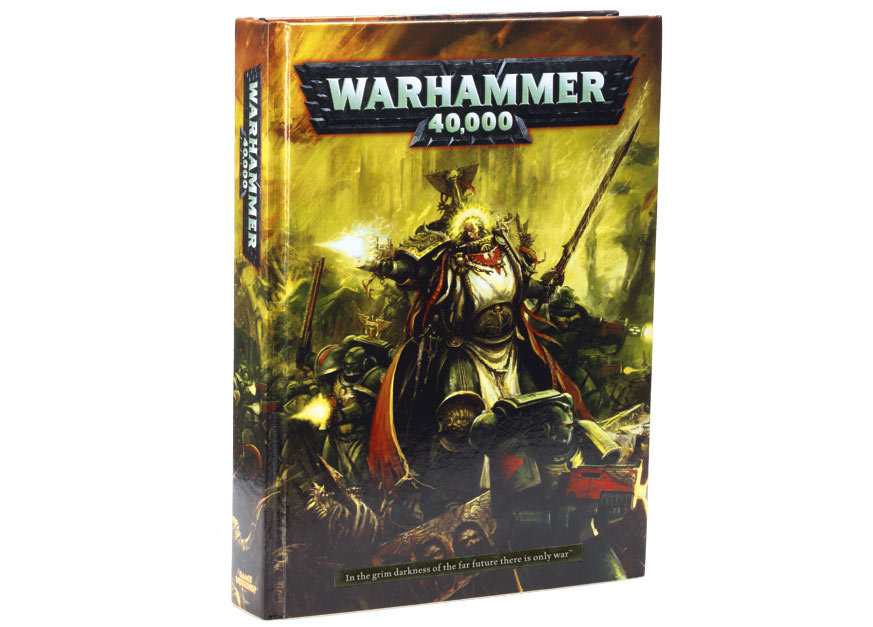 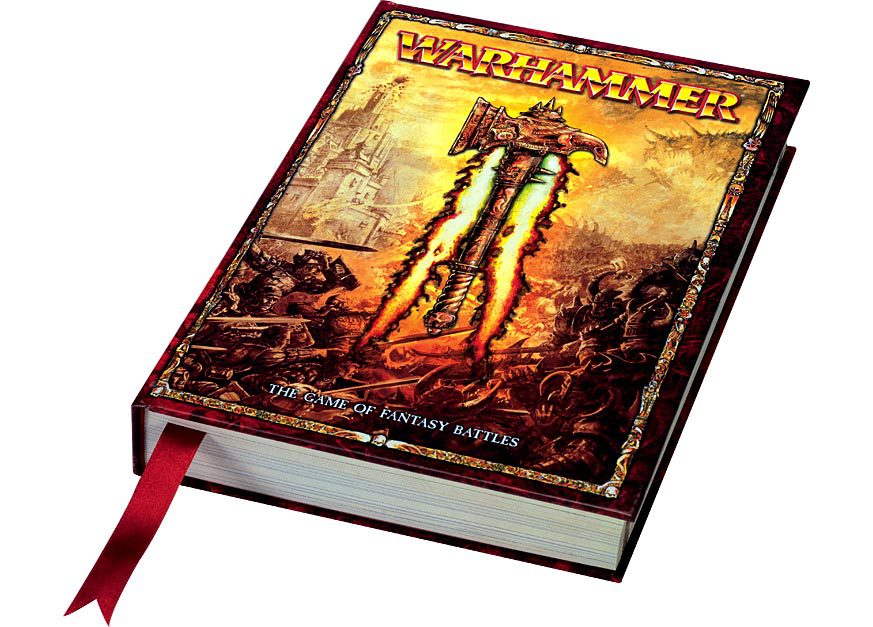 Okay so despite all the complaining over prices, game rules, etc, you have to admit that when you look at the big picture, Games Workshop created some awfully robust and grand settings in the worlds of Warhammer and Warhammer 40,000. 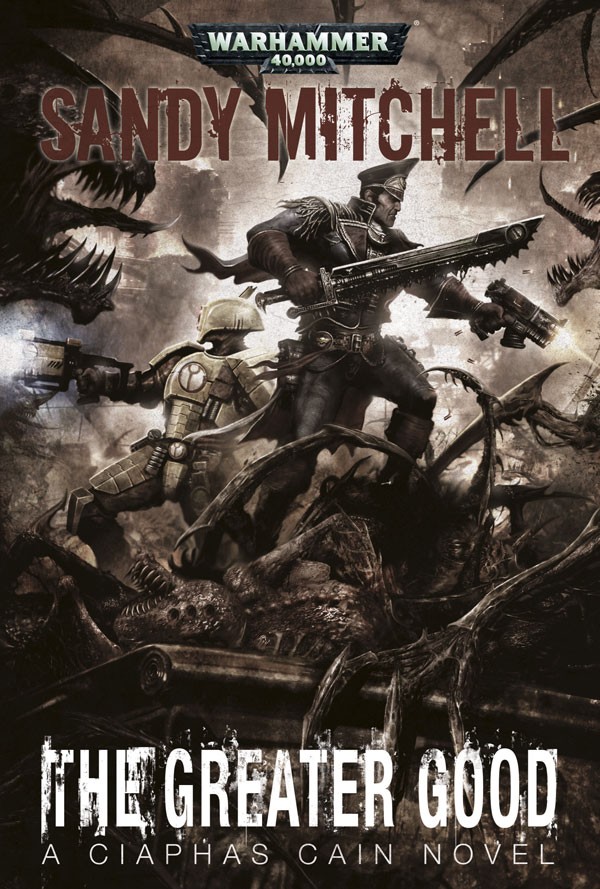 Commissar Ciaphas Cain. Yeah, he’s making another appearance, because again, he’s the coolest character in the Warhammer 40,000 universe. In a setting where a lot of characters are ultra grim, dark, and broody, it’s nice to see a unique character who’s adventures are all centered around trying not to die horribly.