Death in videogames is fairly common. You screw something up, your character dies, and then you restart at a checkpoint or a recent saved game. That is, unless you’re playing a roguelike. In that case, you start the whole game over, often with a new, randomly-generated map as well. Roguelikes have made a comeback in recent years, especially in the indie space, and the genre has also expanded to include some game that are more “roguelike-likes.” If you want to see some of the best the genre has to offer these days, we humbly suggest these eight games. 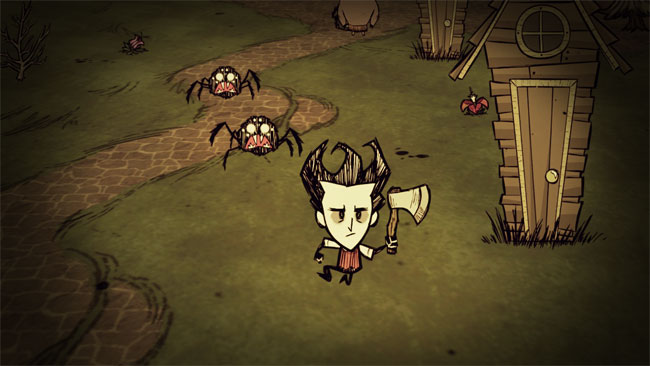 Don’t Starve offers up an mixture of exploration, crafting, and survival that makes it both compelling and terrifying. As a scientist named Wilson, you must explore the world during the day to find food, firewood, and other necessities. Light is of major importance, as dangerous monsters come out after dark, and an invisible creature will attack when the player is without light. Keeping yourself fed and sane is the key goal, but that’s not as simple as it might sound. 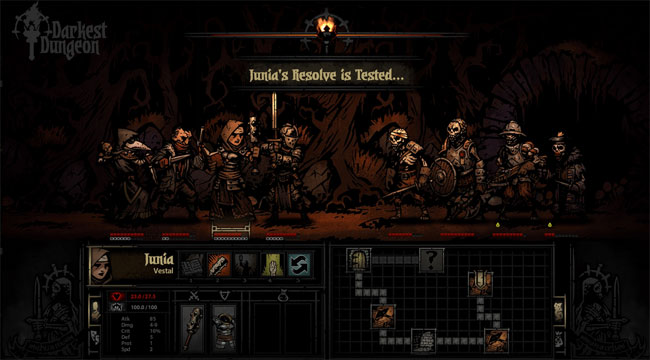 Darkest Dungeon embraces the horrors of dungeon crawling and the effect it has on heroes. Before you venture into the depths of the recently-excavated dungeons, you’ll pick a team of four hardy adventurers from your roster, and then set forth. Fighting, darkness and time will not only wear on your supply status, it will affect the sanity of your party. A dead party member is gone for good, and retreating to the surface means that your next delve into the dungeon will be a new, randomly generated affair. 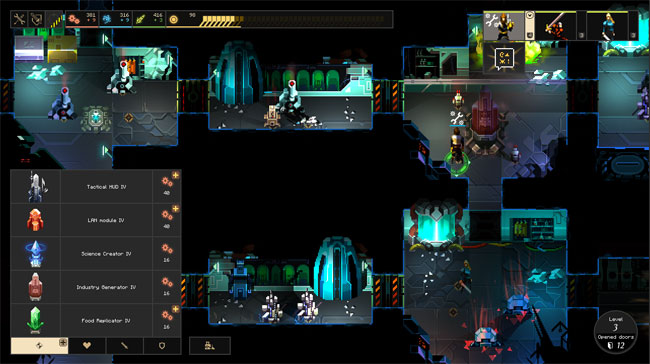 Dungeon of the Endless

Dungeon of the Endless tasks you with managing a group of heroes protecting the generator on their crashed spaceship. Unfortunately, the crash has left them in a dungeon filled with closed doors and dangers. Each time you open a door, the game generates new enemies and new resources, and you can build anything from turrets to modules that assist you in advancing. Once you find the dungeon’s exit, you head back to the beginning, grab your ship’s crystal, and head for the exit. Of course, this wakes up all sorts of monsters, and all the building you did previously pays off. Dying means you’re back to the start, so tread carefully. 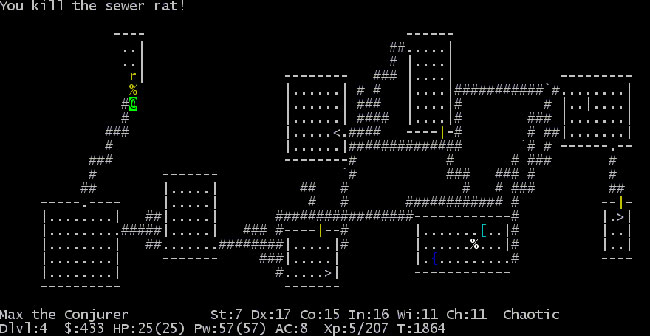 Yeah, Nethack is an oldie, but it’s definitely a goodie. Released in 1987, the game featured ASCII graphics. Players would name their characters and choose a class, and then embark on a quest to retrieve the Amulet of Yendor. The game’s dungeons were randomly generated upon the player entering, and you’d have to fight your way to the lowest level of the approximately 50 levels in each dungeon to find the Amulet. Items aren’t identified except in the most vague terms possible (i.e. “You find a pink potion”), leaving players to try to decipher its use, or simply experiment by drinking it. Permadeath is a feature, and the game even saves your deaths and randomly integrates those levels into later runs. Although it was not the first of the roguelike games, it’s definitely the one that’s appeared on the most platforms. 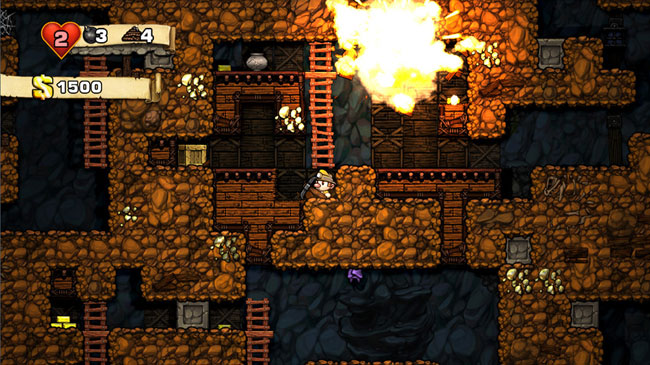 Spelunky manages to embody almost everything about the roguelike genre, and does so in an easy-to-approach manner. It’s a platformer that offers randomly generated levels and permadeath, and is extremely difficult. However, it’s so easy to hop into that you find yourself continually going back for more. Not only does it contain a wealth of items, enemies, and weapons, there are also daily challenges to keep things fresh. It’s a great game for fans of roguelikes and platformers alike. 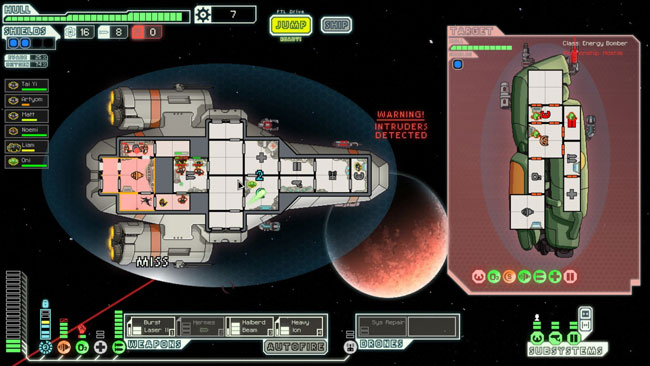 FTL is a roguelike that casts you as a spaceship captain. As you augment your ship and your crew, you’ll fly through a procedurally generated galaxy taking on rebel forces, pirates, and more. You must control a wide array of functions on your ship, distributing power, assigning crew members, and installing upgrades. If your ship is destroyed, or your crew is killed off, you lose and have to start with a new ship and new crew. 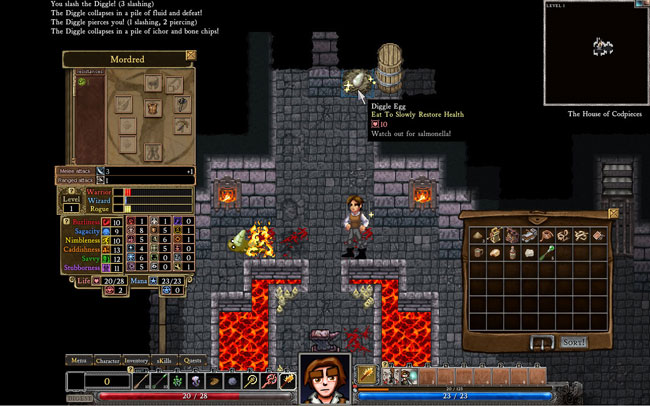 Launched in 2011 by Gaslamp Games, Dungeons of Dredmor features some basic roguelike gameplay that is strangely addictive. It’s one of the easier roguelikes to get into, and despite some minor issues with the interface, it’s a fun dungeon crawl. It still requires careful strategy and is quite difficult, but its approachability and humor make it one that almost anyone can enjoy, while still offering a ton of depth. 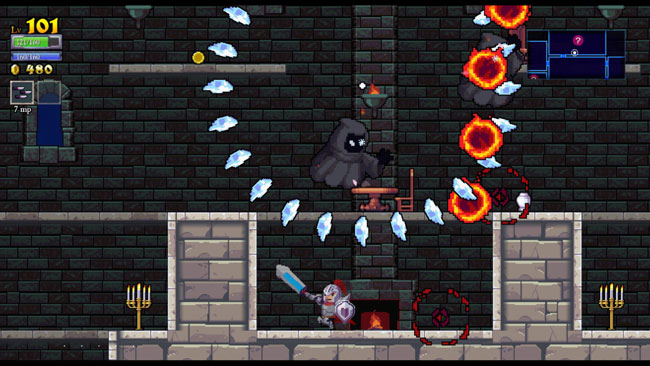 Every roguelike has a death mechanic, but Rogue Legacy brings in an interesting twist on it. When you die, your heir becomes the next character. They inherit all your upgrade, weapons, and armor, but they have their own unique traits. These include useful things like bigger muscles for more knockback, as well as annoying things like color blindness or irritable bowels. You then charge back into the castle, only to find that the room have all changed, but your progress at unlocking the final boss’ room has been preserved. It’s a challenging game, but one that always seems to invoke the “just one more level” instinct in many gamers.