There are plenty of things to complain at with the way video games are advertised these days, but what people often forget is that game ads have always been a little…different. Some of them are confrontational, some are a little questionable in content, and some are just weird. These eight retro gaming ads should illustrate exactly what we’re talking about here. 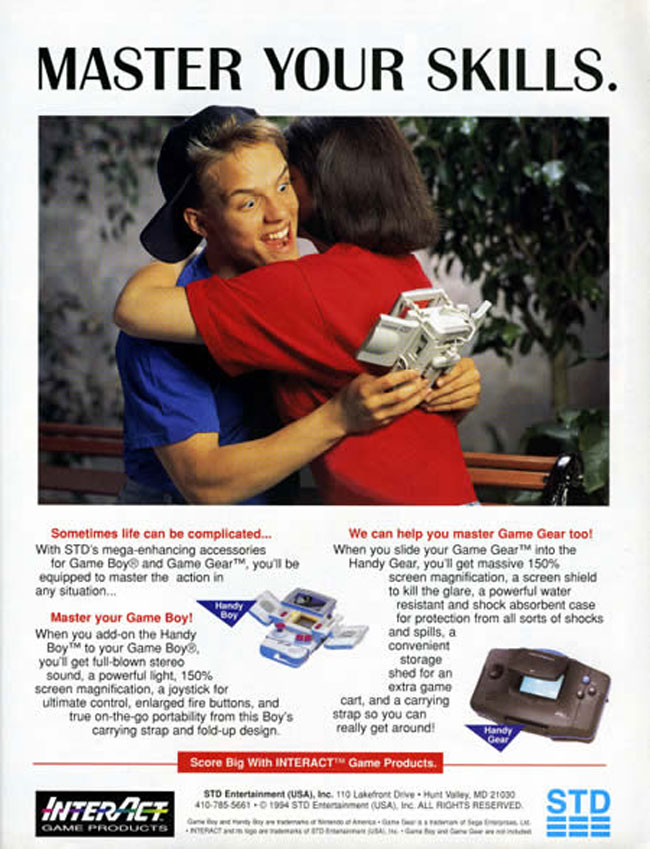 That face. Oh man, that face. I do have a couple of questions, though. Was anyone’s Game Boy ever actually that tricked out? I mean, that thing has every accessory known to man on it, including the joystick and the oversized buttons. I remember seeing those in the store as a kid, and even much younger me knew that no one was buying that stuff. 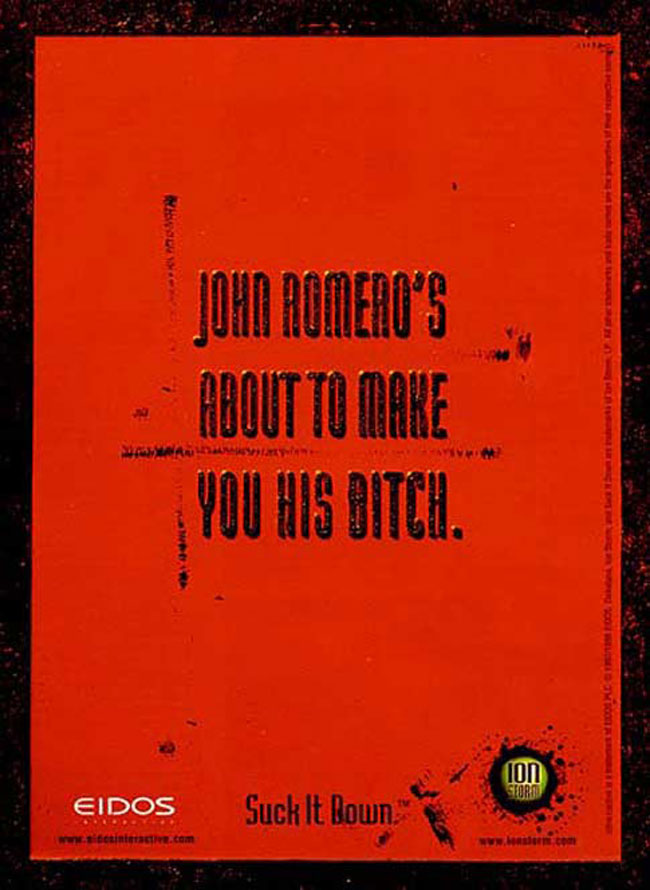 Daikatana was the brain child of John Romero, who left id Software and co-founded Ion Storm so he could make a game in his own way. Prior to Daikatana being announced, ads appeared in various publications with the words, “John Romero’s About To Make You His Bitch….Suck it down.” The ads were widely mocked, and only looked worse when the game, which was supposed to have been finished in seven months, took 3 years and millions of dollars to complete. 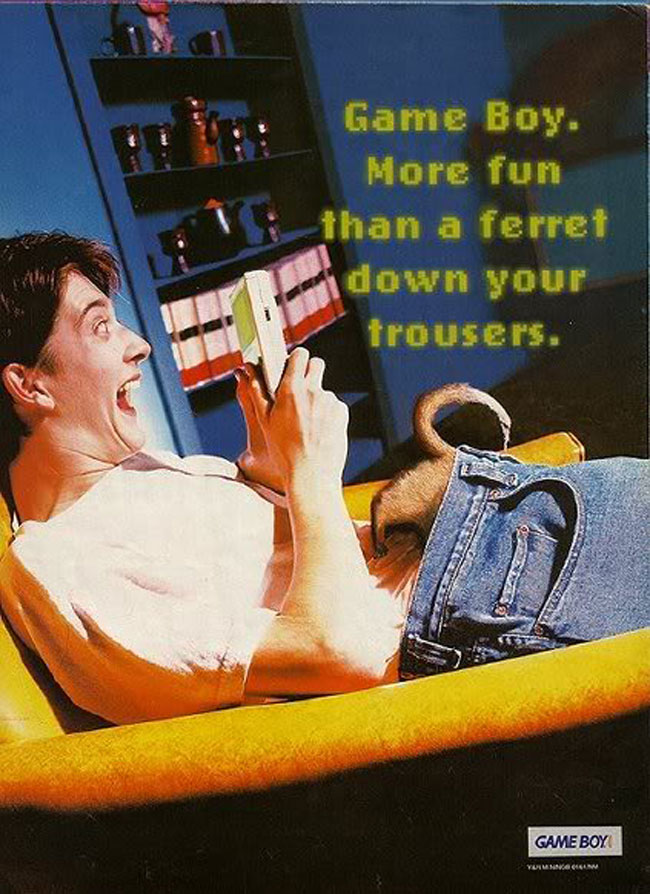 I don’t…I mean…Obviously this was a UK ad (see: trousers), but I feel fairly certain that the practice of putting a ferret in one’s pants wasn’t all that common, even across the pond. I don’t even know how to measure the fun here. 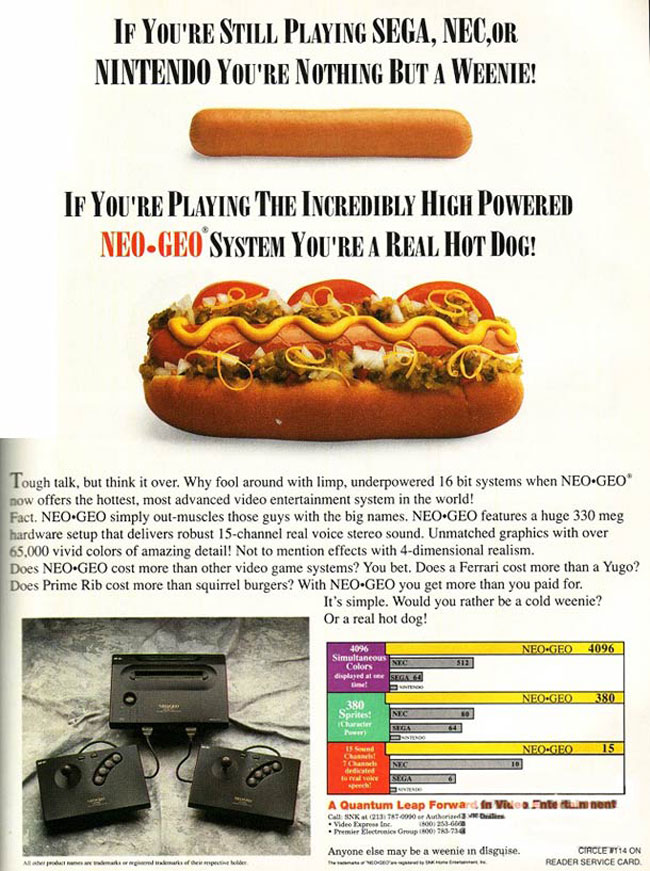 For those of you who think the console wars of today are contentious, I give you this Neo-Geo ad as proof that they used to be worse. Instead of gamers arguing on the internet, companies argued through advertising. They also took shots at the people using the other systems, you weenie. 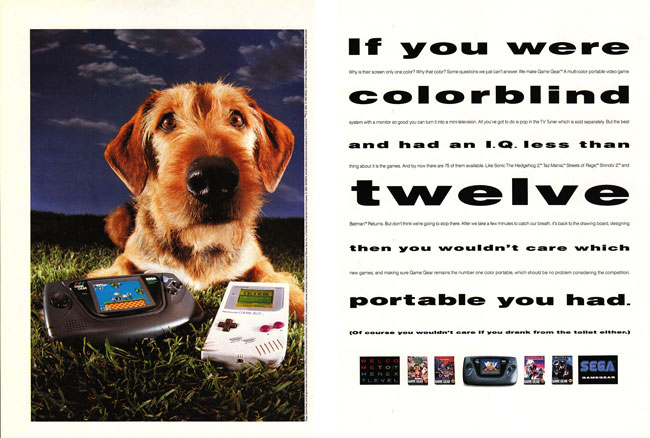 Speaking of attacking companies and gamers, this Sega Game Gear ad is just…wow. You have to wonder if these ads really convinced anyone, or if they were the fertile ground in which today’s console war proponents were grown. 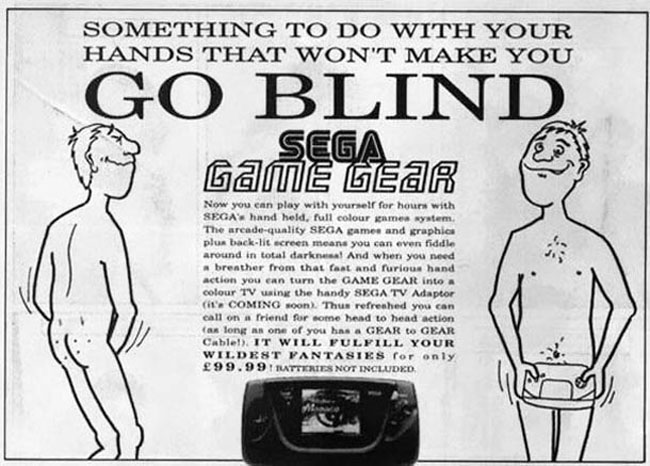 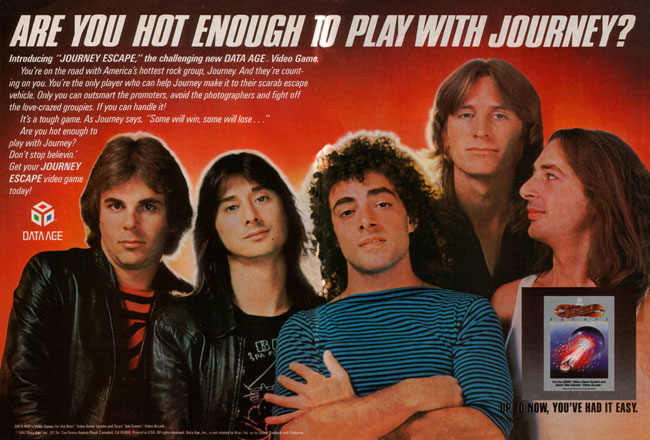 ARE YOU HOT ENOUGH TO PLAY WITH JOURNEY? The game had you leading band members of Journey back to their bus past groupies, photographers, and promoters. The band’s manager was the Kool-Aid Man! The ad just incorporates Journey song titles in its copy and hopes to get attention from the band name. 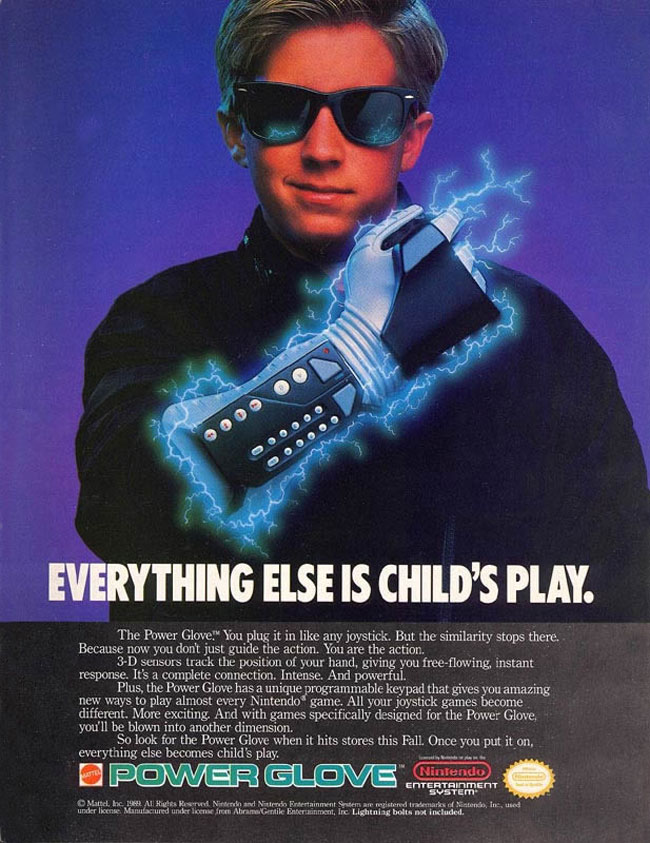 One of the most instantly recognizable ads of the NES generation, this ad is literally the coolest the Power Glove ever looked. Not even Fred Savage could top the smirk on the face of the kid in this picture. Add in the totally 80’s lightning effects and the sunglasses he stole from Anthony Michael Hall, and you’ve got the whole decade encapsulated in one photo.