Hollywood has some of the best tech around when it comes to making magic appear on our televisions and in the movie theater. So why do they fail horribly at the basics?

“It’s a UNIX system, I know this!” Maybe she knew how to use UNIX, but what she was wasn’t UNIX. It was IRIX running a UI called “nfs” that’s exclusive to SGI equipment. “nfs” was never really popular as it was slower to navigate a system than using the command prompt that was still very much used to run anything back then.

In any event, when you have a bunch of Velociraptors beating down the door to come and eat you, you’re not going to waste time in a GUI when the command prompt is so much faster.

Understandably, the James Bond series has always been one of fancy gadgets that either have no realistic or practical use but look fun to use. That being said, when it comes to hacking a randomizing encryption, it’s not a 3d model. I doubt anyone who’s creating such encryption would bother creating a GUI that would make it possible to decrypt it. 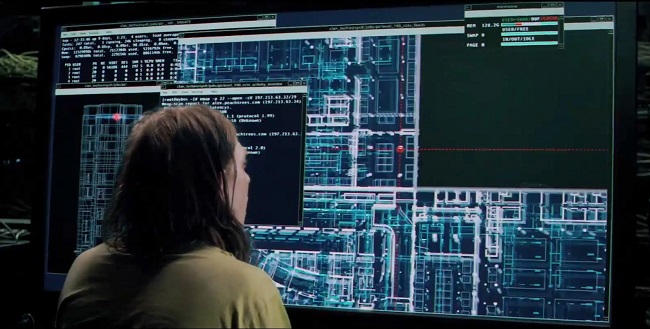 Live Free or Die Hard is all about technology and it being used in the most evil way possible to educate us against the “real” bad people. The only problem is that, even with multiple hackers in the back of a trailer hacking the multiple systems they use against John McClain, there’s no real way they could do it that quickly or even in real time, as they do in the scene where they change all of the traffic lights. They’re not using any fiber connection in the trailer, so it’s satillite which has a much higher latency to perform these tasks.

Also, given the interfaces that we see them interact with, they would be remotely linked to these systems continuously, which many of the networks they claim to hack are not linked to the Internet for this specific reason.

It was still a fun movie to watch though. 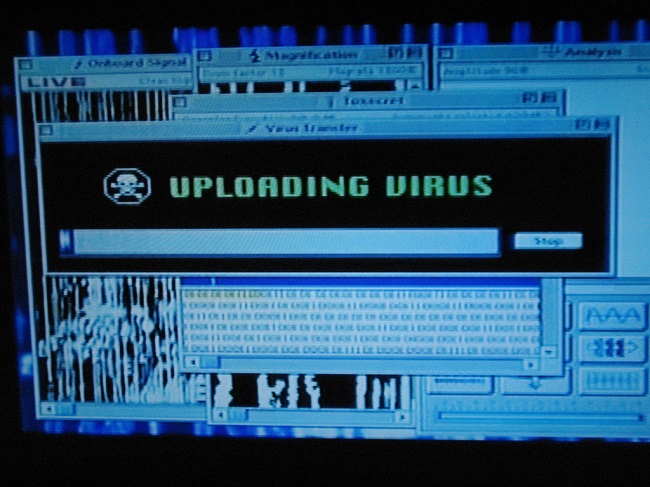 So let me get this straight. Without knowing their system, knowing if it’s compatible with anything we use, (see Mac vs PC compatibility) Jeff Goldblum’s character is able to make a virus and has a system interface that can interact and handshake with their system to upload it? Because I seriously doubt they use an IP address to connect to. That’s almost as bad as Aliens attacking our world only to be deathly allergic to water.

Hackers was a 50/50 hit and miss movie about technology. They did get their terminology correct for the most part, but everything else was just science-fiction. I do admit that making Penn Jillette the network security operator was a great choice, since everything on screen was simply magical. Just an FYI, navigating a super-computers system isn’t the same as flying around inside it like you’re in TRON. Also, you use a typical keyboard as with any other computer, not some Star Trek style console firing photon torpedoes at the viruses and attackers.

First off, who arranges their monitors that way? It must be hell to switch to each monitor to put up a display. In any case, viruses do not look like any sort of graphic or easy to use interface. If they wanted to go outlandish, they should have tried to hop in the Bond universe. There are many other issues with this movie but this one stands out the most.

NCIS proves that when you’re watching a TV show that talks about technology, prepare for science-fiction because none of it is any sort of realistic. Take this video for example, I want to know what the person was smoking when they thought this was a good idea. They obviously passed it around because it got through any sort of QA and tech consultant so it must be great. Two people using one keyboard is anything but faster or helpful. Congrats NCIS, the hacker gained entry into your system because your tech guru’s were morons.

First off, who needs to make a GUI to track an IP address?
This show itself is a travesty of technological knowledge that seems to just make shit up as they go along with the story using modern tech as the punching bag for their stupidity.

My favorite cringeworthy moments involve their ability to turn any photo or video into some supre high-res format with full detail. Yay, let’s magnify on an image the size of a keyhole and “enhance”. Oh wow, we made that pixelated image into a 4k resolution picture that, if we put into a 3d model we can see things that the camera didn’t capture! /sarcasm