Space: The final frontier. Well, not exactly. Video games have been going to space almost since they were invented, and these days the offerings are more varied than ever. If you want to visit the stars, these eight games will not only take you there, they’ll let you fight, build, and conquer as well. 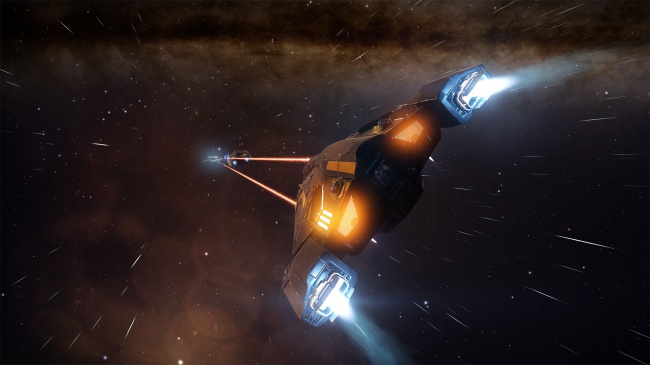 Elite: Dangerous is more than just a space piloting simulator – it’s got combat, exploration, trading and more under the hood. Funded on Kickstarter, the game officially released in December of 2014. You’ll start out with a spaceship and a bit of money, and then go forth to make your way however you choose. You can be a space pirate, a trader, or a bounty hunter, just to name a few options. The game includes roughly 400 billion star systems, with 150,000 or so taken from real-world astronomical data, so you’ll need some time to explore them all. There have been a few server problems since launch, but at last report, things were running smoothly. You can grab Elite: Dangerous at the official site. 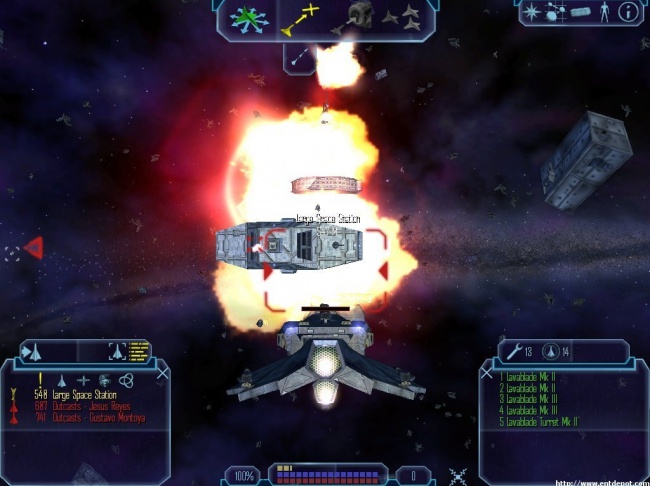 Freelancer is a game that didn’t live up to its initial billing, but still turned out to be pretty darn good. Centered around dogfighting in a chase-camera view, Freelancer did something unusual for a flight sim – it used the mouse as its primarily control input. In the game’s single player, you could take on missions, hunt down bounties, and even do some trading. All of these would net you cash, which you could use to upgrade your ship and its weapons. The multiplayer mode supports up to 128 players, but lacks any mission options. If you want your Chris Roberts-inspired space game fix but don’t want to wait for Star Citizen, this is the answer. You can grab a copy of Freelancer (but it isn’t cheap) on Amazon. 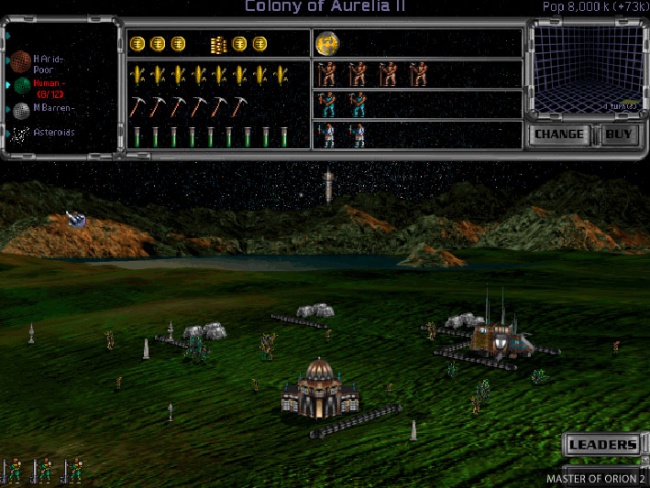 Master of Orion 2: Battle at Antares

Unlike the first two games in this list, the Master of Orion games aren’t dogfighting titles. Instead, they’re 4X strategy games with complex combat, colony management, diplomacy, and more. Despite being released in 1996, Master of Orion II: Battle at Antares not only set the standard for 4X games, it continues to be the yardstick that many use to measure the success of similar games today. If you’re into managing a vast empire rather than individual ships and units, you can grab Master of Orion II on GOG.com. 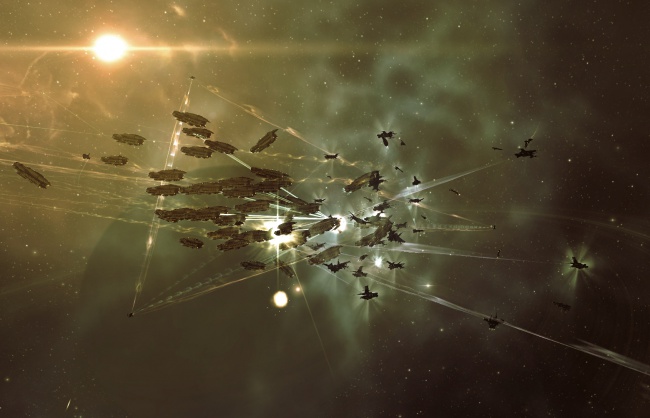 Pretty much every gamer has heard of EVE Online at this point. CCP Games’ persistent-world space MMO routinely results in some amazing news stories, and its galaxy of 7,800 star systems has keep players entertained since it launched in 2003. While it does require a subscription to play, EVE allows players to purchase game time items known as “PLEX” using in-game cash. It’s a grand game of exploration, combat, dealing diplomatically with other players, and trying not to get your ship shot up. If you want to give EVE a try, you can grab a 14-day trial at the game’s official site, or nab the Core Starter Pack at Amazon. 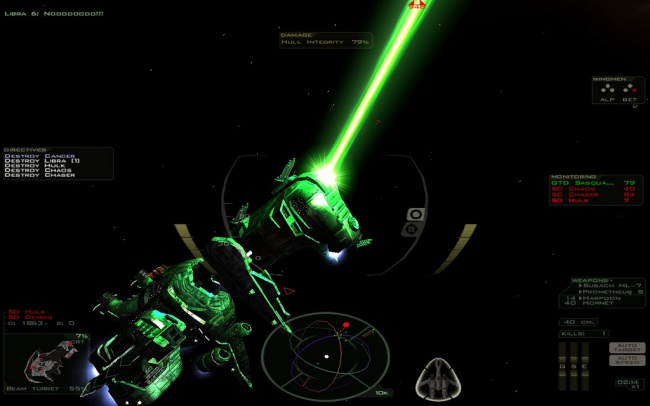 Most gamers are familiar with Volition. They’re the developer behind the Saint’s Row and Red Faction franchises. But what you might not know is that Volition made their bones in space, with a little series called Freespace Freespace 2 was the crown jewel of that series, packing in dogfighting, recon and escort missions that you carry out in your starfighter. While it’s not going to offer much in the way of branching storylines, Freespace 2 does have a satisyfing narrative. You can check out Freespace 2 for yourself on GOG.com 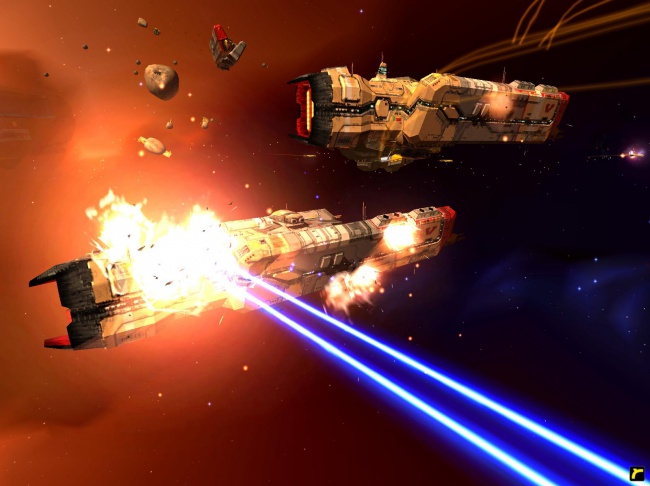 Homeworld was the first fully-3D real-time strategy game, and is still one of the best space-based strategy games ever made. You’ll gather resources by harvesting dust clouds and asteroids, and use them to build more ships to increase the size of your fleet. That’s terribly important, because the campaign uses a persistent fleet concept, meaning that your units will carry over from one mission to the next. If you lose too many units in a mission, the next mission will be that much harder. You can grab Homeworld from Amazon, but the old version is still $25. It might be worth waiting for Gearbox’s remastered version that’s due out later this month. 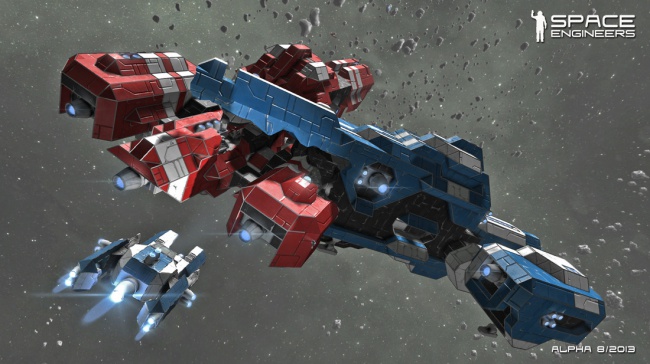 Space Engineers is a voxel-based building game. Like Minecraft and others in the genre, you gather minerals that are used to make components to build larger items. The difference is in the complexity of the items. Space Engineers lets you start from a basic platform near an asteroid, and construct complex spaceships armed with gatling guns, rocket launchers, and more. You’ll have to fend off hostile players, roaming NPCs, and swarm of random meteors to avoid taking damage. There are already a host of useful modes for the game, and it’s still in Early Access. You can check it out on Steam. 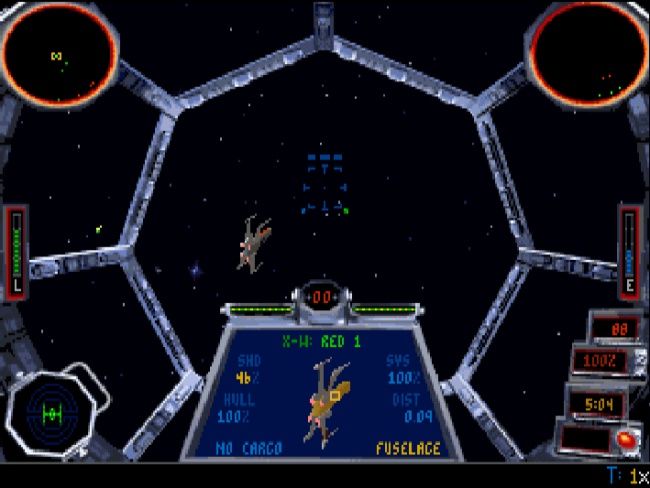 Of all the games I’ve played that let me be a space pilot, none has stuck with me like TIE Fighter has. I think nearly every Star Wars fan who had a PC was mesmerized by this game. You’re a nameless TIE pilot who’s helping the order maintain peace and order despite the disruptive efforts of the foolish Rebels. Before the game ends you’ll prevent a coup against Emperor Palpatine, and if you jump into the expansions, you can play missions that end just before the final battle in Return of the Jedi. You can switch from first-person to third-person perspectives, target specific systems on enemy ships, and even use ion cannons to disable targets. It’s a must-play title for Star Wars and space fans, and you can get it on GOG.com.