Last week, we finally got some additional details about Star Wars: Battlefront, including the fact that it’s coming this November. But if you’re not content to wait until the end of the year to get your Star Wars fix, we understand. Instead of talking about the new game, we decided to take a look back at eight of the very best Star Wars games from the past.

Don’t see your favorite here? Tell us in the comments! 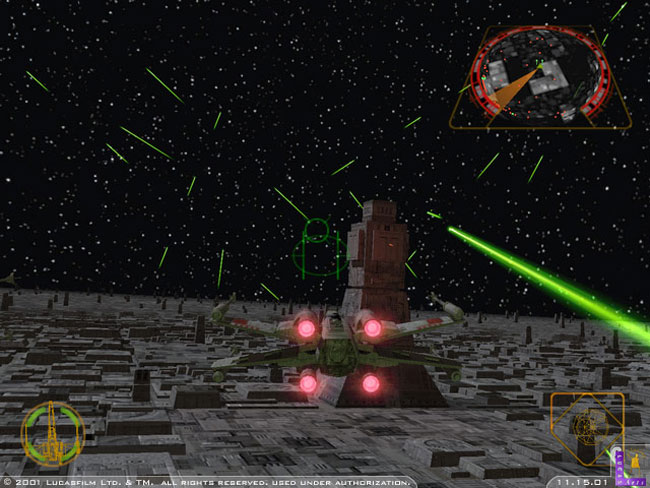 Rogue Squadron II: Rogue Leaderwas easily one of the best launch titles on the Gamecube. Throughout the life of the console, it was one of the best looking games available for it. Not only that, it let you fly around in some of the most iconic ships from the Star Wars universe. It also includes pretty much every major battle from the films you might want to fly around in, including the Death Star trench run, the battle over Endor, and arguably the best rendition of the Hoth battle. It’s just a great Star Wars experience. 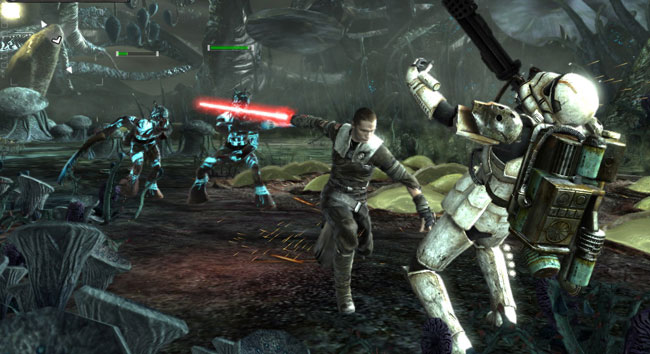 The Force Unleashed was set between the original trilogy and the prequels, and told the story of Darth Vader’s ridiculously-named apprentice, Starkiller. Vader concealed his apprentice from the Emperor, and sent him out to pare down the ranks of the Jedi. Mostly a hack-n-slash game, The Force Unleashed also included some great implementations of Force powers. Anyone who has played it remembers the scene near the end where Starkiller pulls a Star Destroyer from the sky using only the Force. Plus, Force Lightning. FORCE LIGHTNING. 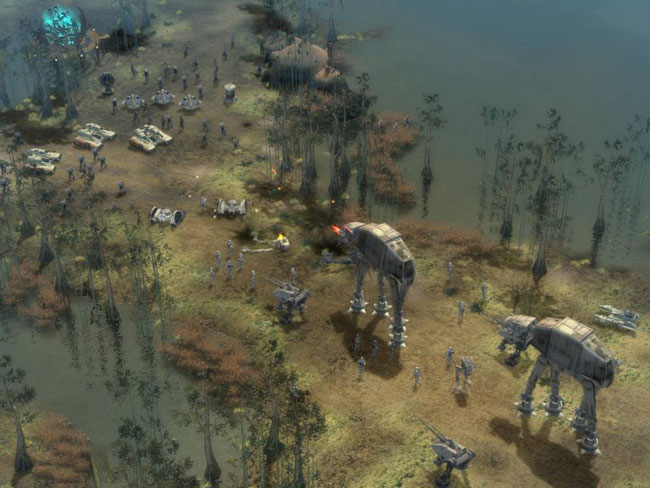 By far the best Star Wars strategy game, Empire at War embodied the larger war that underlays the movies. It was set between Episodes III and IV, and it let you play as either the Empire and the Rebel Alliance. You fought not only on the surface of planets, but also in space. You could only fight with the troops you brought to the fight, making it play a little differently than other strategy titles. The story ends with the assault on the first Death Star. Strategy games may not be your thing, but this one is definitely worth checking out. 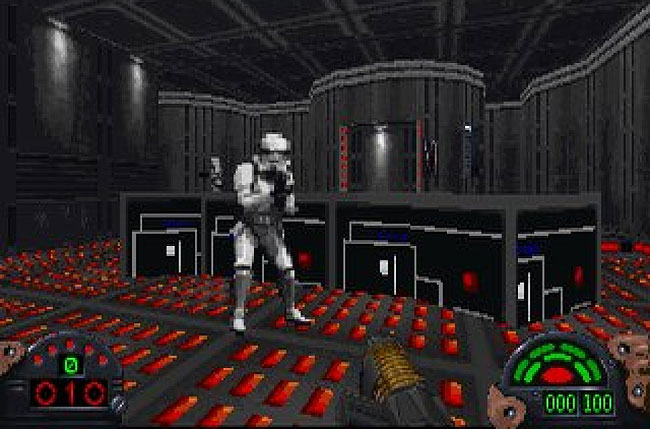 In 1995, games like DOOM gave way to the story of a former Stormtrooper turned mercenary named Kyle Katarn. The game began as the player (as Katarn) stole the Death Star plans that would later appear in Star Wars: Episode IV, and continued after the events of that movie as Katarn tracked down the construction of Dark Troopers. It could have been nothing more than a DOOM clone, but the ability to jump, crouch, look up and down, and navigate multi-level maps was a huge step forward at the time. Combine those advances with the Star Wars universe, and it’s no wonder that Dark Forces did so well. 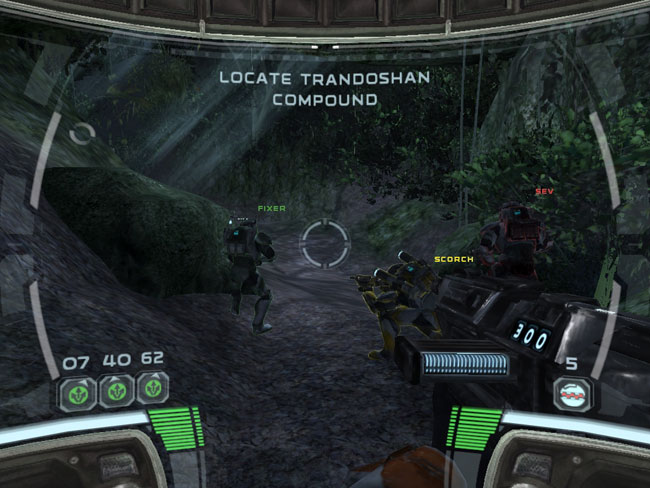 Instead of a typical first-person shooter, Star Wars: Republic Commando embraced a more tactical approach. As special ops clone trooper RC-1138, you complete missions along with three other commandos who you give directions to using an orders system and context commands. It’s a simple system of squad control, but when you combine with the game’s mostly excellent AI, it makes for a fun run-and-gun FPS experience. 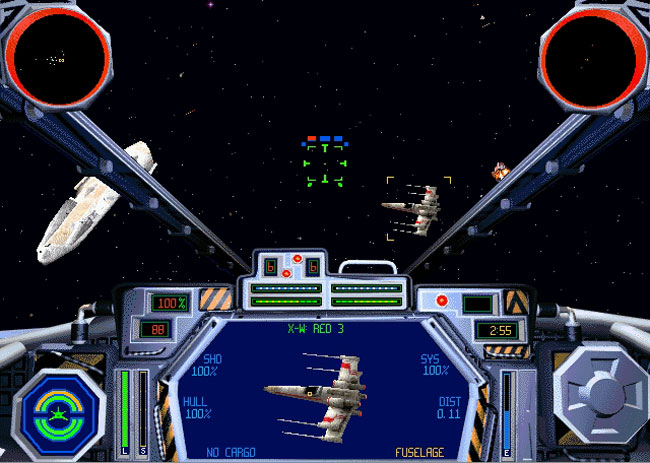 When you start talking about Star Wars video games, you can bet that two names will come up: TIE Fighter and X-Wing. For money, TIE Fighter was the superior product. Not only because of improvements it made to the X-Wing formula, but also because of the way it made the Empire seem like the good guys. The main character is a pilot named Marak Steele, and the short story-like instructions and strategy guide told a tale of camaraderie and heroism that was at odds with how we typically view the Empire. Most importantly, the gameplay sold that idea, making the Rebels feel like lawless terrorists that the brave Empire was holding out against. It was not only fun to play, it was brilliantly plotted. 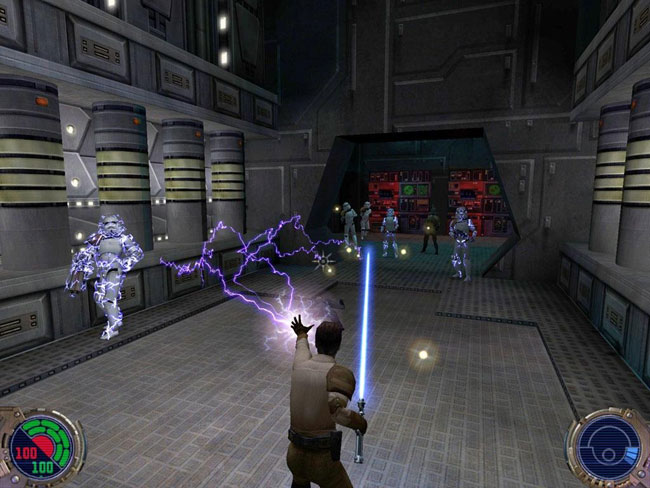 Kyle Katarn returns as the titular Jedi Outcast, having abandoned his ties to the Force after almost falling to the Dark Side. He begins his journey back to the ranks of the Jedi in Jedi Outcast. The game was easily the best example of lightsaber combat at that time, offering up the ability to change between light, medium, and heavy combat stances. Add in the awesome Force abilities, and you’ve got yourself one of the best Jedi sims to date.

Knights Of The Old Republic was set 4,000 before the rise of the Empire. Instead, it was the time of the Republic, where everyone was living in fear of a Sith named Darth Malak, the apprentice of the powerful Darth Revan. As the hero, you create a character to go out and stop Malak. Character creation was detailed, as KOTOR was based on the d20 ruleset, making it basically Star Wars: Dungeons & Dragons. It included an amazing cast, and one of the best plot twists in the history of RPGs. It’s easily my favorite Star Wars game of all time.