Games have evolved, but boss battles aren’t going anywhere. Mine the hidden depths of recent releases with The Escapist as we reveal 8 secret boss battles — how to unlock them, and just what makes these particular battles so special.

Needless to say, there are going to be a bunch of end-game or late-game spoilers ahead.

Nier: Automata is no strange to mystery. This is a series that demands to be replayed just to get a complete story. No, we’re not touching on any of that main story stuff here – instead, let’s discuss the oddball, creepy-faced, and perpetually body-less presence of Emil. This child-like character is first encountered running a small shop, and intruding on his secret residence one too many times leads to your first Lvl. 99 secret boss battle.

The first fight against Emil isn’t such a big deal. He appears as he always does – in his mobile shop, but summons armies of duplicate Emil heads to attack. If you’re not properly leveled, this battle is pretty much impossible – which is also true of the final-final secret boss hidden in Nier: Automata. Here’s where things get weird.

After finding and upgrading every single weapon in the game, you’ll get a message from Emil, asking to meet you in the far, far corners of the desert. It seems Emil has remembered too much thanks to your memory-jogging efforts. He reveals his past, and loses his mind – summoning enormous Emil-head warmachines out of the sand, all Lvl. 99, and spawning an infinite supply of these deadly enemies. It’s a grueling fight in the sand, accompanied by heart-wrenching music and Emil’s despair-filled monologue. If you don’t stop his self-destruct countdown, it leads to the last unlockable ending available in Nier: Automata, one that’s pretty fitting for a series this dark and depressing.

Let’s switch to something more light-hearted. Pony Island is a strange, fun little indie adventure that begins with all that standard video-game creepy pasta foolishness, until it eventually escalates the grimness (and silliness) — revealing itself to be, basically, a parody. Which we’re just fine with, and the farcical nature of it all continues with the unlockable, hidden H0peles$0ul boss battle.

H0peles$0ul (or just Hopeless Soul) appears when you’ve collected all 24 tickets, found throughout the game. After getting them all, the host of the Afterlife Arcade appears, expositing that hard-working players probably deserve a reward for putting in all that collectible work. As a reward, the Hopeless Soul initiates a three-phase boss battles, running through all the different gameplay styles you’ve been practicing so far.

When it’s all over, it leads to a secret ending. The game doesn’t close, and if you sit around staring at nothing for long enough, your character will just fall through the map. 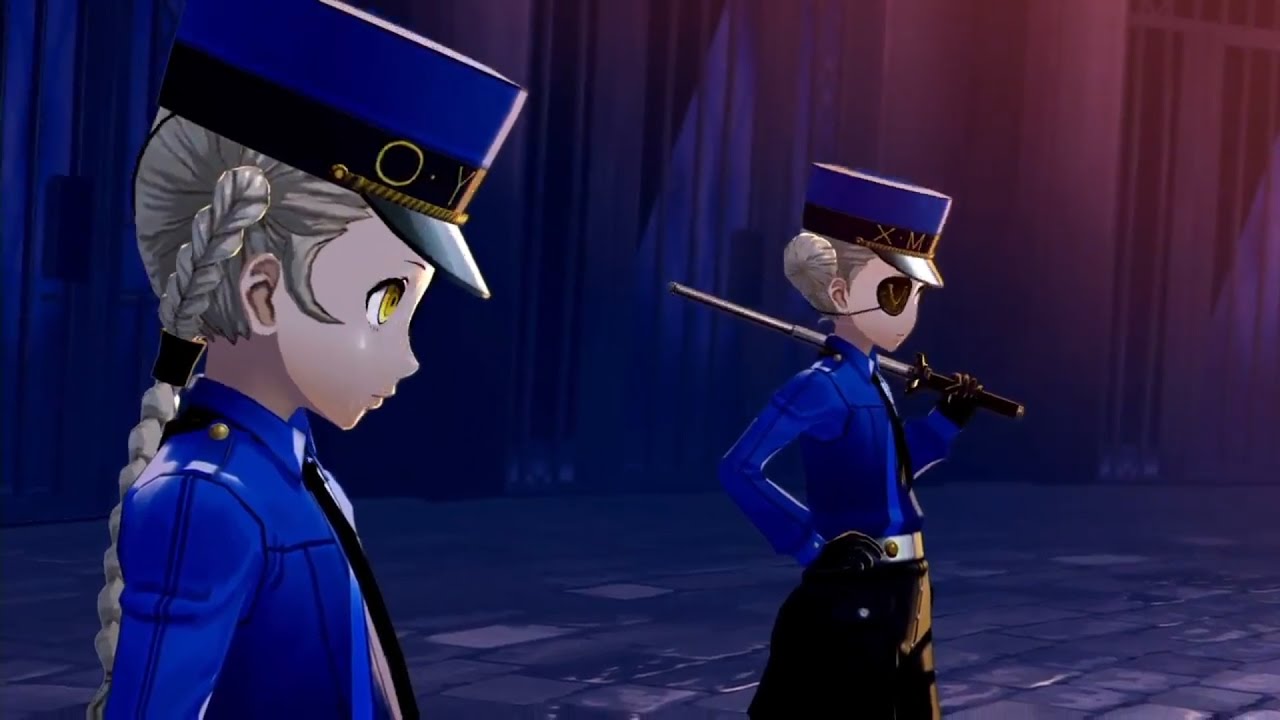 Persona 5 doesn’t mess around with its secret boss battle. Unlike every other enemy in the game, the pair of Justine and Caroline can use the player’s tricks against them. As the custodians of The Velvet Room, these pint-sized prison guards give orders and shout at the protagonist every time he arrives in his dream-like cell. They won’t even think about fighting you until after you’ve completed the story at least once. Finding the duo in Mementos, in NG+, you’ll finally be able to fight them.

And it’s the toughest fight in the game. They’ll specifically target your party’s weaknesses, can use skills that were previously exclusive to the party (Baton Pass, All-Out Attack) and will revive one another if you take one of them down.

Doing battle with The Velvet Room’s attendants is a long-running staple of the Persona series, and winning is mostly about bragging rights. This isn’t just a super-powerful demon, the difficulty derives from the sudden (and exclusive) change in mechanics. That’s pretty cool for a JRPG to pull off. 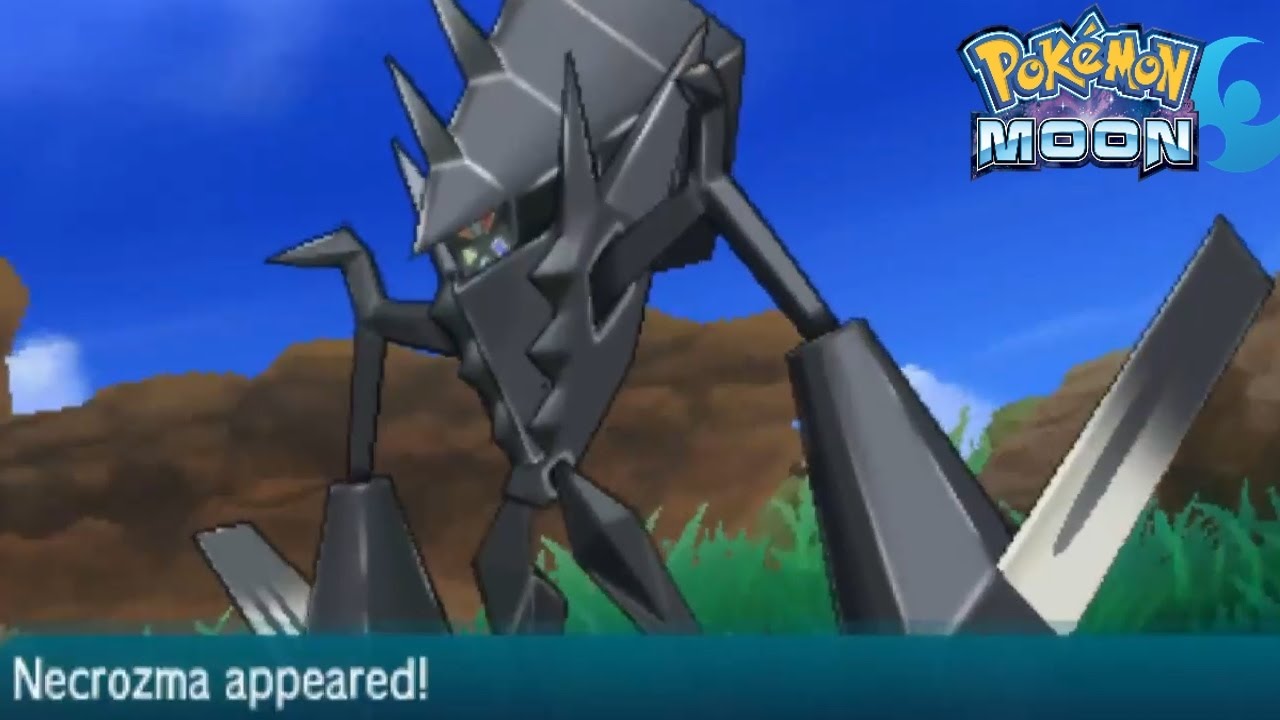 Pokemon Sun and Moon unleashed a whole new threat upon the weird world of Pokemon. The Ultra Beasts are aliens from an alternate dimension – they’re Pokemon, but not, and they tend to be incredibly dangerous when you encounter them during the story. After defeating the main threat and bringing peace to the Hawaii-like region, there’s still more Ultra Beast problems to resolve.

A lengthy quest-line unlocks post-game, teaming your trainer up with The Looker, an agent hunting down and studying the dangerous Ultra Beasts still roaming the island. Here, you’ll be able to track down and capture every single one of these strange, wonderful, and more-menacing creatures, but there’s still one last query to catch at the end.

When you’re done working with the Looker, who appears in (relatively) obscure motels all across the region, you’ll get hints toward a strange Pokemon stalking the starting area of Ten Carat Hill. It turns out the threat is none other than Necrozma, a true legendary that’s also painfully difficult to catch. At this point in the game, your Pokemon team can handle just about anything, but if you didn’t save your Master Ball for this moment, Necrozma is by far the toughest critter to catch.

We’ve all heard about the giant boss in Final Fantasy 15 that takes “72 hours” to defeat. The massive Adamantoise in a rock-solid mountain that comes to life after completing the main story of Final Fantasy 15, and I’m not going to suggest it isn’t pretty tough. This hulking, enormous beast can be a problem for the underleveled or unprepared, but it certainly doesn’t take 72 hours to kill. At most, this is a several hour scenario… which is still a disgustingly long time, in video-game terms.

The real problem is that Adamantoise really isn’t all that secret. The protagonist’s team points him out very early in the game, while on a road trip out of the capitol. Instead of focusing on that behemoth, we’re going to discuss a different hidden boss in Final Fantasy 15 – one most of us will probably never see.

After completing Chapter 15, an NPC named Randolph will appear in Lestallum and send the player on high level hunts against legendary monsters. Completing these quests eventually leads the team to encounter the Omega Weapon of Final Fantasy 15 – Naglfar. This Lvl. 120 monster is resistant to all magic, and can deal insane damage to even a fully-leveled party. This guy requires preparation, and although there are many super-bosses in Final Fantasy 15, this one might just be the hardest (non-hunt!) super boss fight. 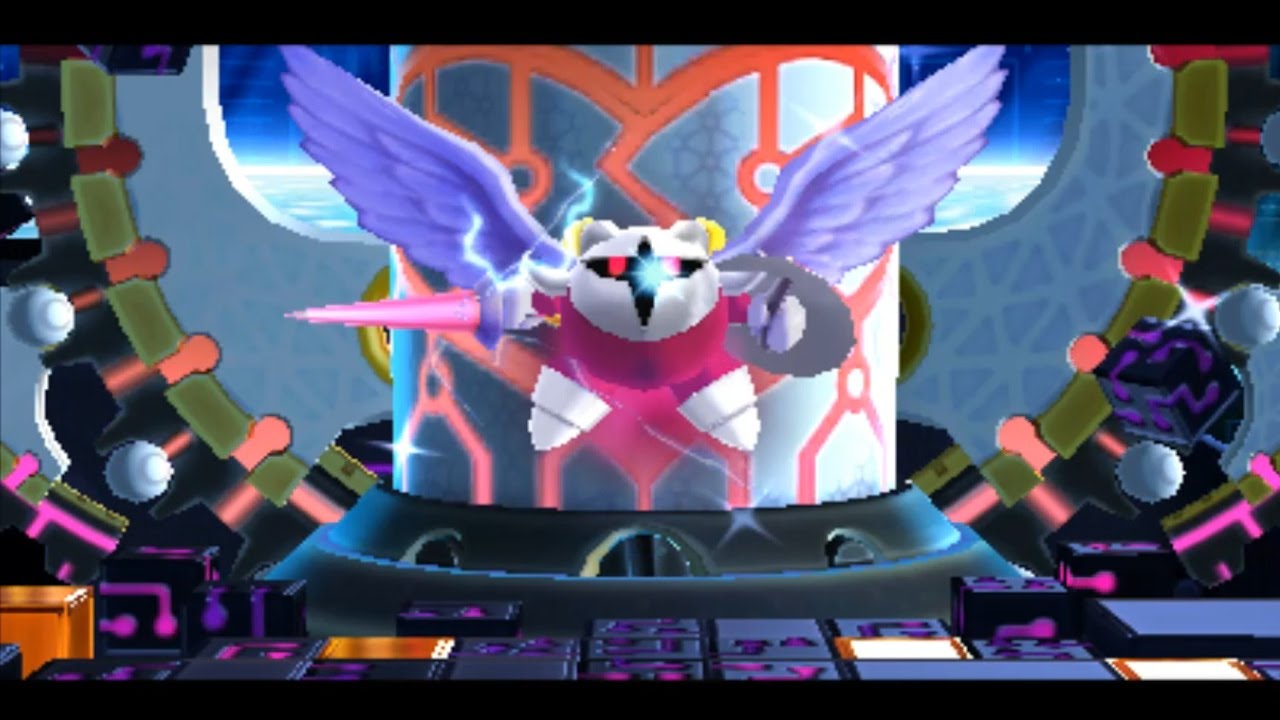 Going from a hard-as-nails to JRPG boss to a super-cute pink ball might seem odd, but the hidden bosses of Kirby: Planet Robobot share a lot in common with Final Fantasy 15’s nostalgic returns – and they’re pretty tough to reach, too.

After completing the main game, players will unlock a sub-story called Meta Knightmare Returns, swapping everyone’s favorite puffball Kirby with the noble Meta Knight, a sword-wielding antagonist with a completely different moveset. His stages are timed, with fewer healing items to go around, but the replay through the story goes pretty much the same.

That is, until you encounter the final boss. Instead of fighting the Star Dream OS, you’ll do battle with some familiar Kirby faces – Dark Matter, Queen Sectonia, and the Galacta Knight. These are all returning characters, but Galacta Knight is by far the most obscure. This strange nemesis to Meta Knight, and only appears as a secret boss in three of the most recent Kirby adventures on 2DS and 3DS.

Specifically, he’s most often a True Arena Encounter – you’ll have to defeat every boss, without healing, and without retries, to encounter him. Bet you never knew Kirby could be so hardcore.

Legend of Zelda: Breath of the Wild – Naydra and the Spring of Wisdom

Breath of the Wild is all about discovery, and the mad geniuses at Nintendo managed to pull out some incredibly satisfying discoveries. One encounter that’s a shock and a surprise is the “boss” battle against Naydra, one of the elemental dragons that wanders the world of Hyrule. Like just about everything, this battle is totally optional, and you’ll only find it if you explore the summit of Lanayru Mountain, north of Hateno Village.

Up top, Link will find the Spring of Wisdom, and a giant, serpent-like dragon coiled around the upper-most peak. The fight it, target the weak points with your bow, and follow it down the entire mountain range, using gusts of wind to keep Link’s glider afloat, targeting each region of the dragon’s body that’s covered in curse.

It’s a satisfying and exciting encounter that’s totally unique to Breath of the Wild, and although there are more dragons out there, this is a uniquely hidden encounter.
If you’re interested in more secret monsters – explore the dungeon underneath Hyrule Castle to encounter a skeletal one-eye brute – the only one of its kind in the game, and guarding the powerful Hylian Shield.

There’s no escaping Dark Souls 3 when it comes to secrets in games. The third in the main Souls series includes two mind-bending battles against unique, super-powerful opponents. Both of these end-game bosses are encountered in the hidden Archdragon Peak area, accessible from Irithyll Dungeon. To get there, you’ll need the Path of the Dragon Gesture – use it on the rug next to the stone Dragon Acolyte on the cliffside with a view of a strange area in the far distance. Doing so will summon a path to the secret zone. That’s plenty obscure enough to qualify for our list. It helps the following bosses are special – in their own unique ways.

The first boss of the Archdragon Peak is a puzzle battle – the kind we don’t see very often since Demon’s Souls first established the Souls formula. After that, it’s a tussle against The Nameless King in the clouds, a god-like figure riding a dragon as his steed. It doesn’t help that this is one of the hardest battles in the entire series. Depending on my disposition, I’d rank him up there with the Orphan of Kos from Bloodborne first (and only) DLC, and include Slave Knight Gael from The Ringed City DLC somewhere on that list too.

So, let’s talk about secret bosses in The Ringed City if you’re looking for something more recent than DS3 vanilla. Near the Ringed Inner Wall bonfire, in the eponymous Ringed City, there’s a lift with a hidden door about halfway down.

In this secret room, there’s a super-secret illusory wall that leads into the double-secret lair of Darkeater Midir, a massive dragon that’ll test the patience of even the most diehard Dark Souls 3 fans. It’s like Kalameet all over again.

These aren’t the only secret bosses in recent games. Indies and downloadable-only adventures are stepping up in 2017. I Am Setsuna and Hollow Knight both feature true hidden boss battles. I probably missed more than that. Got your own favorite secret battles from the last year of gaming? Let us know in the comments!