With the announcement that World of Warcraft subscriptions have dropped down to 5.6 million, all eyes will be on tomorrow’s expansion announcement at Gamescom. While Blizzard seems to have stabilized the subscriber count (according to their own reporting), you can bet they’re actively working to try and raise that number. Luckily, we’re here to offer up eight suggestions that we’d like to see Blizzard try in this expansion

Tell us your suggestions in the comments!

Bring Back the Lore!

One of the things that drew me into World of Warcraft in vanilla, Burning Crusade, and Wrath was the way that the world’s lore felt so solid. The Warcraft universe gave Blizzard a lot of canvas to play on, and players got into exploring it and learning about it. It seems in the more recent expansions the focus has been on in-game progress and fast leveling, meaning much of lore ends up getting ignored. Focusing on making it matter again would go a long way to engaging players again. 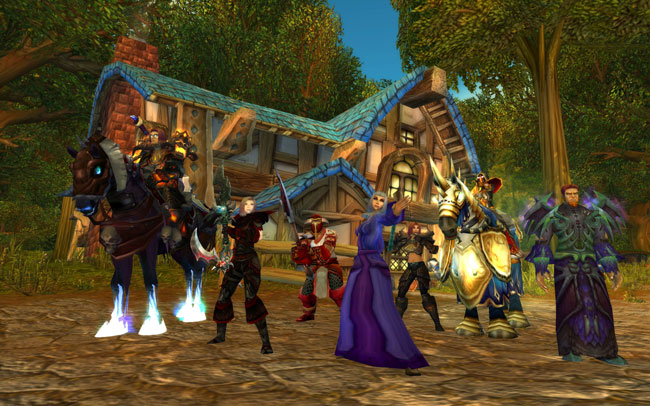 More Focus on Social Aspects
NOTE: This does not mean we want more Twitter and Facebook tie-ins, Blizzard!

Although the Looking for Group and Looking for Raid tools have been huge boons in terms of getting more players access to content, they’ve definitely hurt the social aspect of World of Warcraft. This is also true of removing guild perks, There’s no need to maintain a stable of friends, or to worry about having a solid rep as a player when you can just queue up and get into groups anyway. As long as LFG/LFR exist, this is going to be a big problem to overcome, but hopefully Blizzard can find a way to make interacting with other players rewarding again. 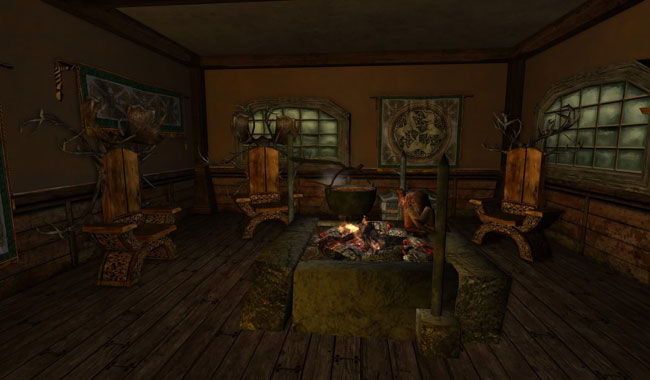 Yeah, I know, We’ve been asking for this since World of Warcraft was in beta. The Garrisons were a tentative step toward this, but they missed out on a crucial aspect of what makes housing great: showing it off. Everyone’s garrison was basically the same, and the only way to see anyone else’s was to group with them. While space is premium, and instancing is inevitable, perhaps WoW could try a system of instanced neighborhoods, like Lord of the Rings Online, or an instanced variation on the player cities of Star Wars Galaxies. Combine that with a solid decorating interface (the Rift Dimensions system is quite solid), and you could give players a place to call home, and something to show off as well. 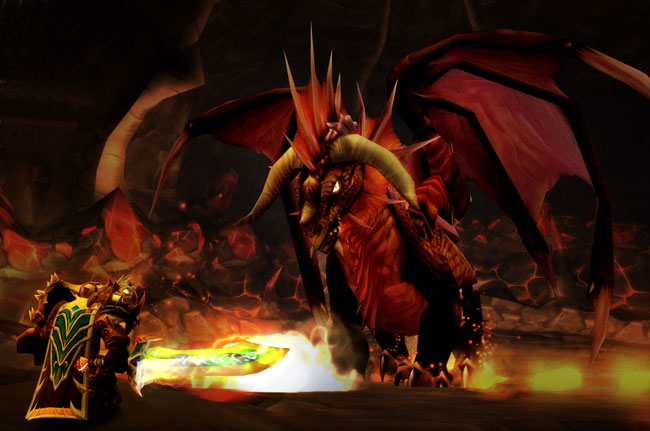 It’s about time for World of Warcraft to offer more solo content besides daily quests and rep grinding. Skirmishes for 1-3 players, like LotRO offers, or Rift’s Chronicles would be great models here. Not only could this allow players to experience new areas and different takes on familiar encounters, it could also be used to bolster the lore and backstory of the world. 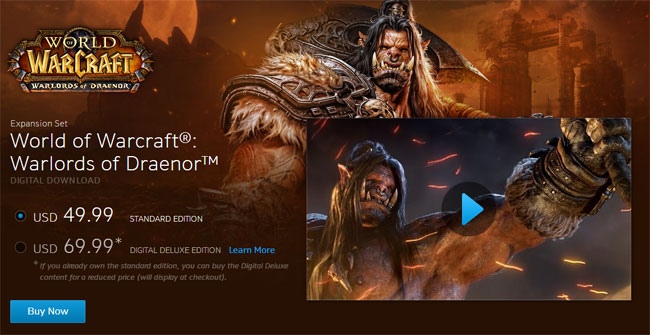 Cut the Price of Entry

While Blizzard has done a solid job of bundling all the previous expansions in to one box, it’s time to consider that they’re making the cost of entry (or re-entry) a little prohibitive. Warlords of Draenor weighed in at $50 for an expansion. That’s a little steep, and if you were coming back to the game after having missed an expansion or two, you could add $20 more onto that charge to get all caught up. In this era of easy digital sales, it should be no problem for users to buy those past expansions for a few dollars each, instead of buying a package containing much that they already own. If they really wanted to get crazy, Blizzard could offer the whole back catalog for about $5, and encourage more new folks to step up that way. 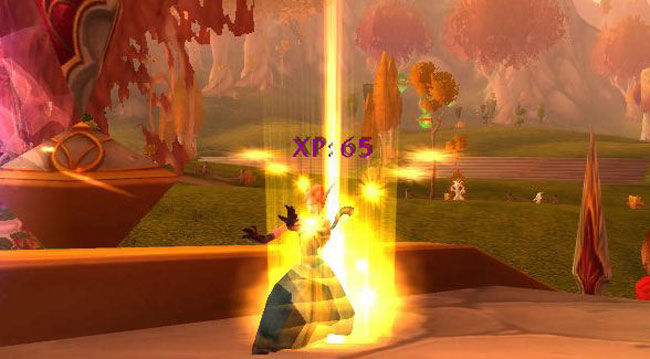 Slow Down the Leveling

When Blizzard does get new players into the game, they rush them right past all the fun stuff the long-time players have seen to get to the new areas. While that’s certainly understandable, those players are missing out on much of what endeared players to WoW in the first place. Whole zones get skipped, factions get missed, and there are so many XP boosts that you miss iconic moments. It also makes the game seem smaller to those who are new, and could be leading to them losing interest much faster. The same is true for the boost to level 90 option and the fast leveling in expansions. 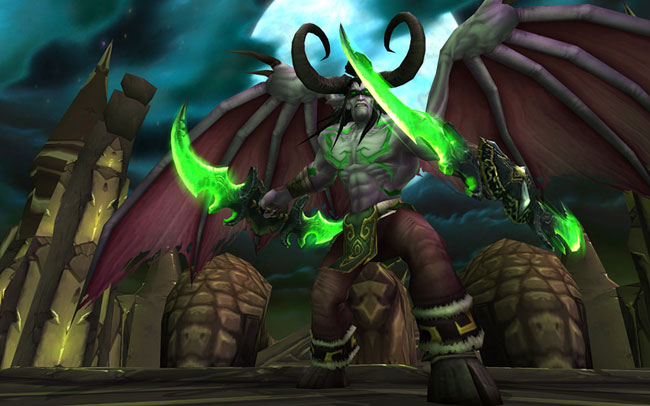 The other side of content coin is the end game. Slowing down the leveling means that players take a little longer to get here, but you still need plenty of content to keep them happy. More dungeons, more raids, and more content that lets players affect the world. Dailies at the garrison just didn’t have the same feel as taking back Quel’Danas in Burning Crusade, an effort that took players from across the server working toward a shared goal, and it didn’t impact the world the way those events did. Combine more content with content that lets players affect the world, and you’ll see players get excited for it. 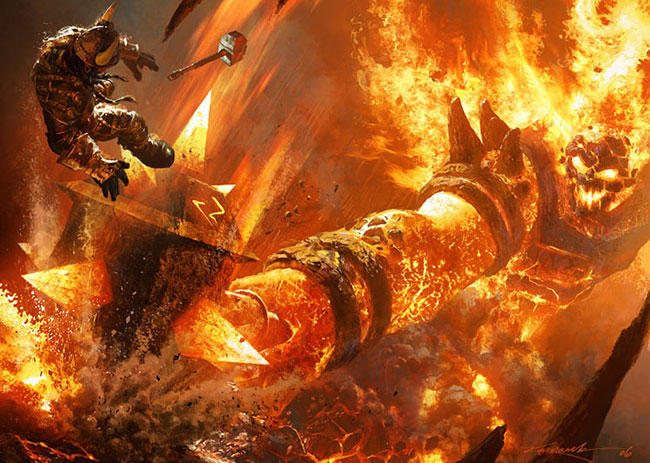 Bring Back the Challenge

World of Warcraft has changed since vanilla. Some of those changes have been for the better, but some of them have not. One thing that needs to be rolled back is the march away from difficult content. Sure, Blizzard added Mythic dungeons, but they’re still not all that hard for experienced players. Make some really difficult content again, and then make players go through the proving grounds to qualify for it, or run it with their friends. Sure, you need accessible content for people to play, but you also need challenging content to keep people engaged. I know that you want people to see content, but you have to find a happy medium.