Release date delays are something that we’ve grown accustomed to, unfortunately. It’s not unusual for any game, especially a big budget one, to miss its release date by weeks or even months. But when a game is delayed for a year and a half, it’s understandable that people get a little annoyed. Such is the case with the PC version of Grand Theft Auto 5, which was just delayed again. It’s now scheduled for an April 14 release. Originally released on PS3 and Xbox 360 in September of 2013, the promised PC version has been the white whale for many gamers. So to keep you busy until that fabled day finally arrives, here are eight things you can finish before Grand Theft Auto 5 finally makes it to PC. 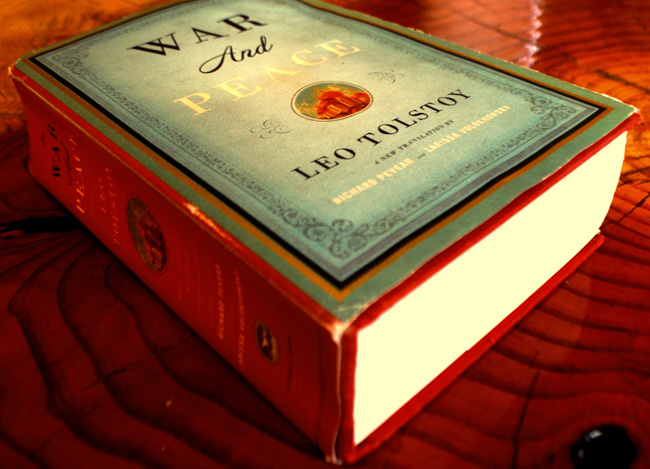 Write a sequel to War and Peace

Tolstoy’s novel is one of the longest books ever written. It tells the story five Russian aristocratic families during the French invasion of Russia, and also details the impact of the Napoleonic era on Tsarist Russian society. First published in 1869, it clocks in around 1,225 pages, depending on the version you have.

We’re expecting your sequel to be a bit longer than that, but you should still have plenty of time. 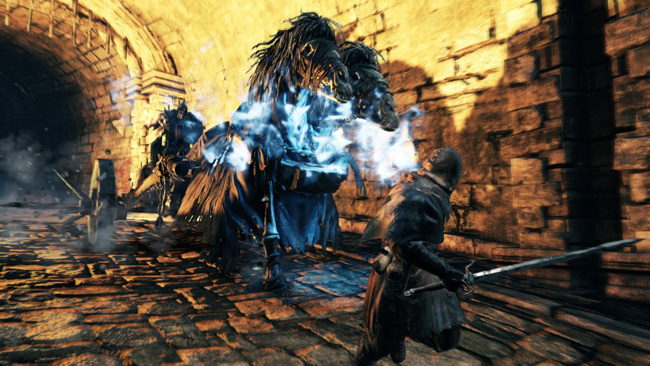 Finish all the Souls games

Demon’s Souls, Dark Souls, and Dark Souls 2. The [em]Souls> family of games have been bring the pain to gamers since 2009. The games are not only brutally difficult, they’re also long, with 100 hours of gameplay being a fairly common completion time for each installment. In fact, I’ve tried to finish these games in order. I started before [em]GTA 5,/em> was even available, and I still haven’t finished. I need to get on that. 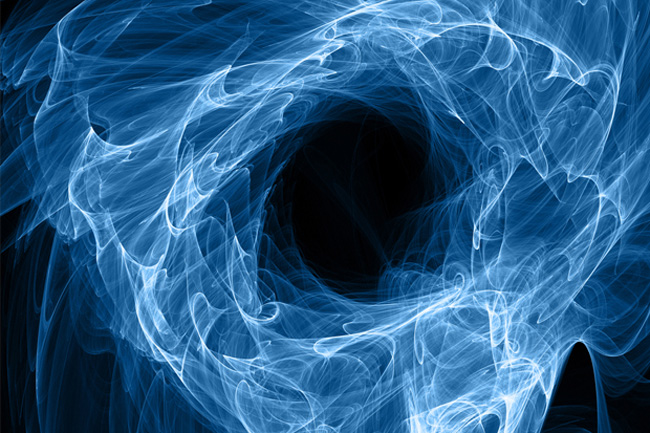 Cold fusion is a theoretical method of energy production that uses nuclear fusion at much lower temperatures than normal. First brought to prominence by Martin Fleischmann of the University of Southampton and Stanley Pons of the University of Utah, cold fusion research produced large numbers of counter arguments, and much of the scientists’ work has been dismissed or discredited. Although a small community of researchers continues to look into the technology, no reliable progress has been made…until you came along. Since you don’t have anything else to do on your PC until GTA 5 comes out, finish up that cold fusion, wouldja please? 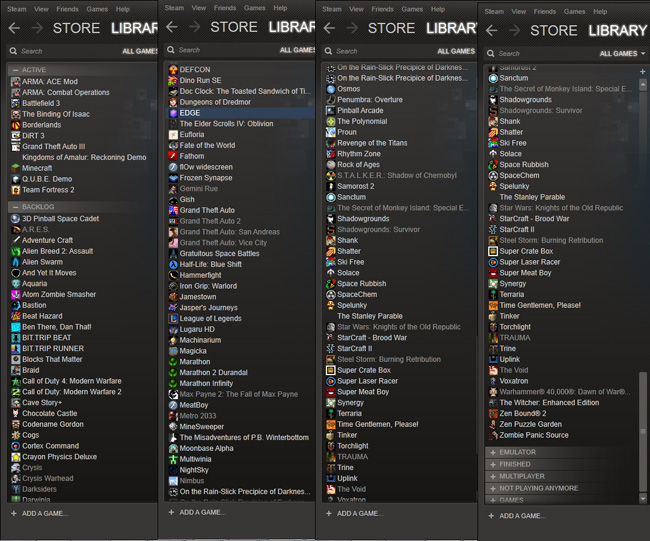 Play every game in your Steam backlog

Thanks to years of Steam sales in the summer, fall, and winter, every PC gamer has a monumental backlog of games. Not you? Well, this report by Ars Technica estimates that 37 percent of all Steam games have never been played. Not once. I’m fairly sure my personal percentage is even higher than that. While you’re waiting on GTA 5, it’s time to get caught up, even if it means going back and playing Hexen: Beyond Heretic one more time. 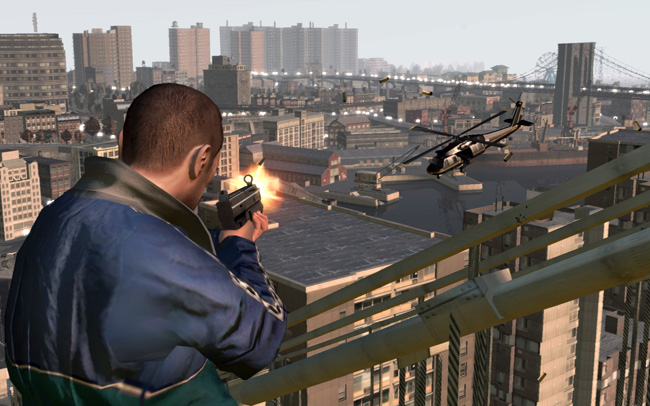 Try out every GTA 4 mod

Maybe you don’t want to tide yourself over with some other games, or scientific research, or whatever. Maybe you just want more Grand Theft Auto. Well, to each his own. All you need to do is diuve into the positively ludicrous number of GTA 4 mods thjat are out there. Heck, I just told you about eight of them last week. If you can put together a crazy enough selection of mods, I’d love to hear about it. 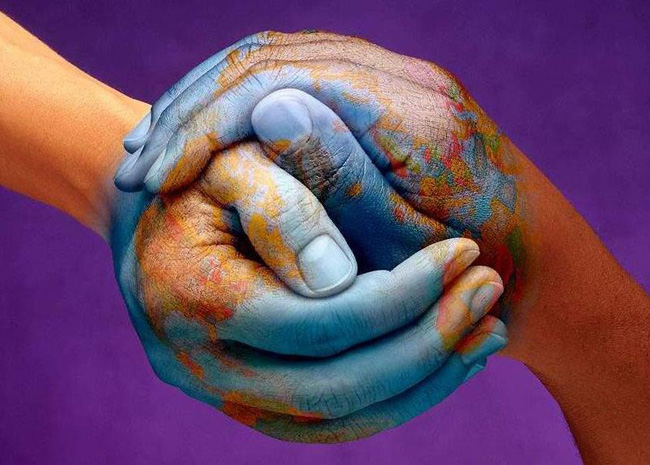 I hear you. You’re saying, “World peace? Sounds daunting.” C’mon, really? You’ve saved the galaxy how many times now? You’ve thwarted evil plots, rescued hostages, averted wars, beat back the Reapers, and so much more. You even took the nuclear option away from Gandhi, the warmonger.

If you managed all that, a little word peace by April 14 (or whenever GTA 5 finally comes out) should be no big deal. 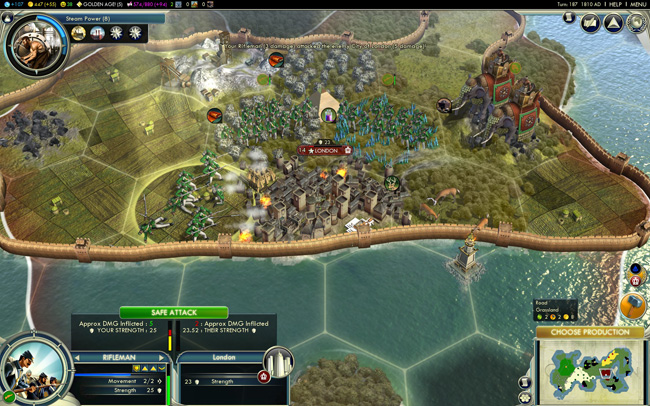 Finally finish a game of Civilization 5

“One more turn.” If I had a dollar for every time I’ve said that, I’d be able to retire and maybe finally finish a game of Civilization V. Instead, it’s a constant series of not-quite-finished games, abandoned saves, and the general malaise that comes from reaching turn 1000 or whatever. Maybe if we chose smaller maps, it wouldn’t take so long, but where’s the fun in that? 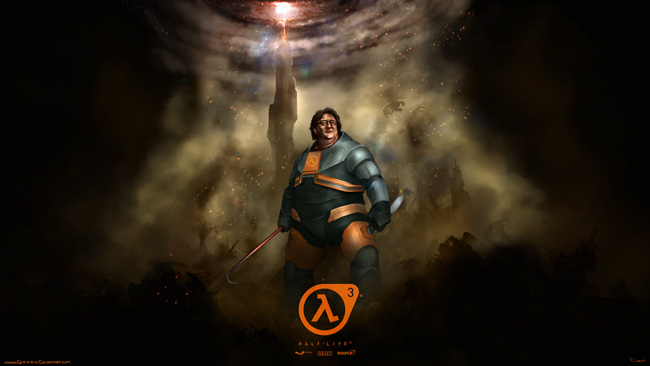 Hey, why not? I know it’s fashionable to believe that Half-Life 3 isn’t coming out, but I STILL BELIEVE. Maybe we can talk Valve into making this a race between then and Rocsktar. Maybe we’ll see it at GDC next week. Maybe I’m completely out of my mind and rambling about Half-Life 3 at this point.