A good plot twist can make you sit back in your chair in bewilderment, but a poor one can be infuriating. Unfortunately, we’re often treated to these cliched attempts at surprising gamers, as pulling off a great plot twist is a rarity. These eight games had some of the most obvious plot twists we’ve seen in quite some time.

NOTE: We’re talking twists here, so there be spoilers ahead!

Don’t see your most disappointing twist? Tell us what it is in the comments! 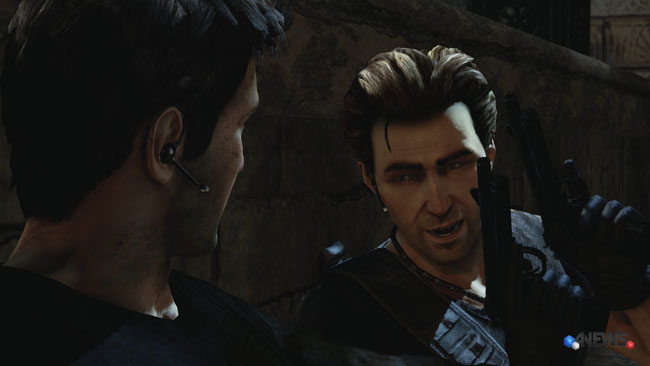 One of the oldest tropes in any form of entertainment is the hero getting betrayed by someone they think is a friend, and Harry Flynn fits that bill perfectly. The whole time that Nate and Harry are breaking into the museum, there’s never any doubt of what’s coming. In fact, the only surprising thing is that Nate isn’t expecting Harry to grab the it like the rest of us were. 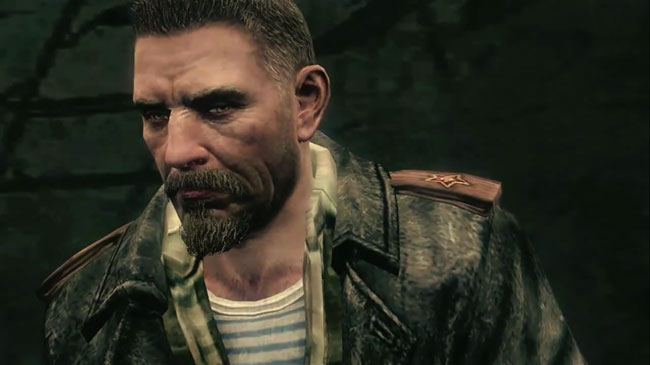 Call of Duty: Black Ops
The Twist: Reznov was dead the whole time.

Call of Duty: Black Ops definitely improved on storytelling when compared to some of the previous installments in the series, but when it came time to plan the twist, they definitely took the easy way out. Although Reznov appears a number of times throughout the game, no one ever speaks to him except Mason. Ever. No one even acknowledges his presence. Even the most hardened fan of shooters will be saying, “Why is no one chatting up Reznov?” by the halfway point of the game. Once you find out Mason’s imagined it all, you’re not even the least bit surprised. 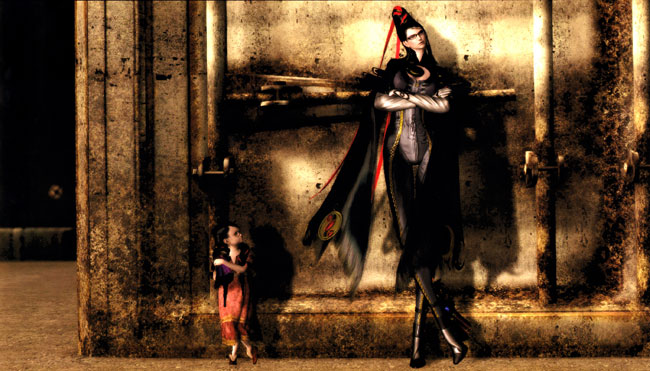 Bayonetta
The Twist: Cereza is Bayonetta as a child.

Normally, the “meeting and saving yourself as a child” twist is reserved for cheesy time travel stories, but Bayonetta manages to squeeze it in, and it makes little to no sense. After all, Bayonetta herself has just woken up from a 500 year nap, and she stumbles upon a girl who comes from nowhere and attracts angels to herself wherever she goes. Add in her love of lollipops, her ridiculously log hair, and her oh-so-stylish glasses, and you can’t help but know who Cereza really is long before the game deigns to inform you. As a side note, it’s a little creepy to hear your much-younger self call you “Mummy.” Just saying. 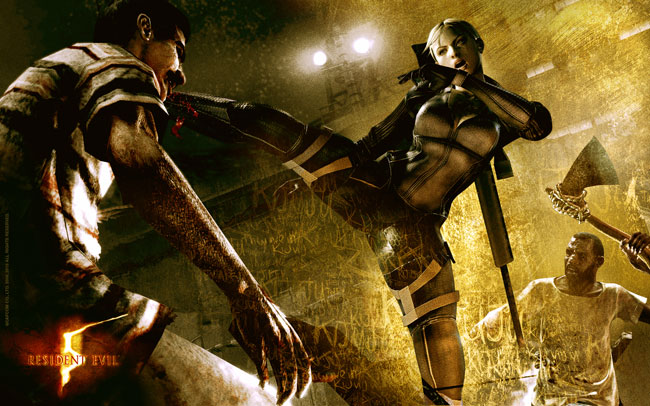 Resident Evil 5
The Twist: Jill Valentine is the masked woman.

Chris Redfield and Jill Valentine are intertwined in the world of Resident Evil. So when Capcom announced Resident Evil 5 with Chris Redfield starring, everyone naturally wondered where Jill had got off to. Capcom was mum on the question, but then when you played the game, you almost immediately encounter a masked woman. Later in the game, she turns out to be a mind-controlled Jill, surprising no one. The only thing less surprising is that Chris and his partner Sheva manage to save her from the mind control drugs. 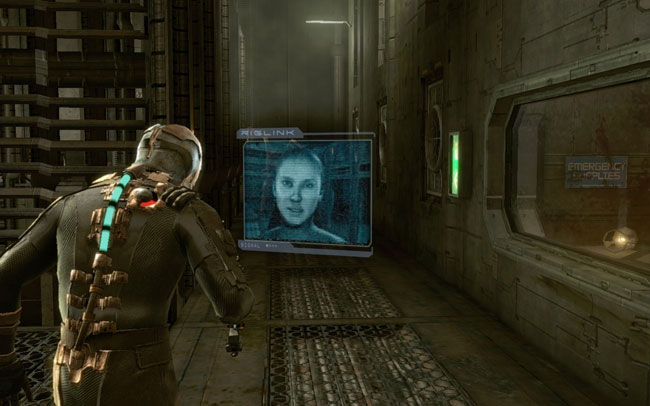 As Isaac Clarke ventures through the remains of the USG Ishimura, he receives cryptic messages from his lost love, Nicole. No matter how bad Isaac’s situation gets, it always seems like Nicole has another message for him, and he keeps pushing forward. Fairly early on in the game, you figure out that this is because it’s all in Isaac’s head. Why? Well, mostly because it’s so painfully obvious. Nothing she says references the horrific things going on aboard the ship, and even when she physically shows up, she’s unarmed and alone, yet somehow still alive. It’s one of those twists that never adds up. 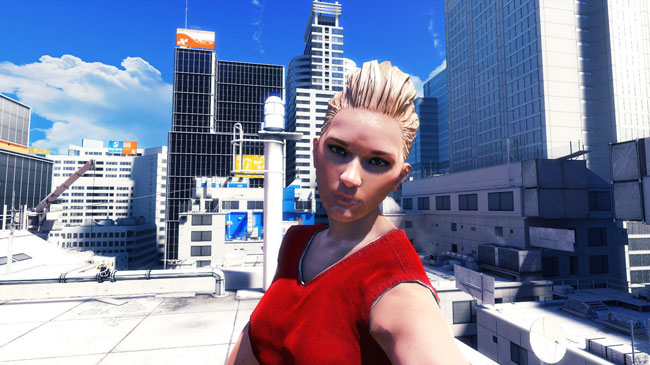 Mirror’s Edge
The Twist: Celeste is the masked assassin.

This one is really bad. Faith is a runner who delivers packages while avoiding the government and other nefarious entities. There’s really only one other runner in the game, Faith’s friend Celeste. While investigating a murder that someone is trying to pin on her sister, Faith encounters a female assassin who has the same parkour abilities that she does. I wonder who that could be? If you said Celeste, here’s a cookie. Enjoy it. 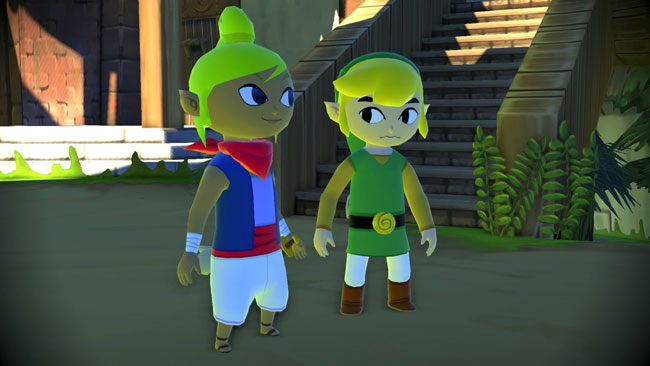 The Legend Of Zelda: The Wind Waker
The Twist: Tetra Is Zelda.

There are two characters that every gamer expects to see in a Legend Of Zelda title: Link and Princess Zelda. So when The Legend Of Zelda: The Wind Waker launched and there was no sign of the Princess, it was surprising indeed. Instead, Link had a new companion named Tetra – a blond haired pirate girl. You already know where this is going, right? Just like in Sheik in Ocarina Of Time (the previous game in series), it turns out that Tetra is Princess Zelda, and she’s captured by Ganon, setting up another end-game battle. It’s disappointing, because Tetra starts out as a good character, but you can see the reveal coming for miles. 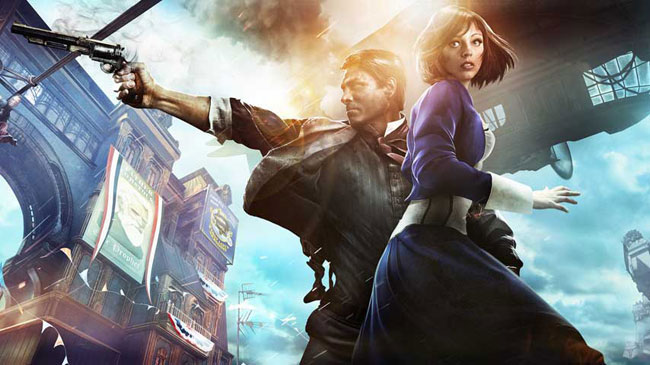 We spend much of our time in Bioshock Infinite trying to pay off Booker’s debt by rescuing Elizbeth from Comstock, until at the end it’s finally revealed that DeWitt is Comstock, or at least that he becomes Comstock in one possible reality. Oh, and Elizabeth is also his daughter, which was pretty obvious from very early in the story. The thing is, if you listen to the audio logs and pay attention to the plot points, you should know how this story ends long before the game finally gets around to revealing it to you. It’s a twist that never lived up to the hype it got.