Sequels. Sometimes that can be a dirty word among gamers, but not all sequels are bad. The best sequels let us continue the great gameplay we experienced in the original game, while also taking the story further and adding new elements. Unfortunately, some of the games that are most deserving of sequels never get them. Such is the case with these eight franchises – each of them deserve at least one more sequel .

Got a personal favorite you think we should have included? Add it in the comments! 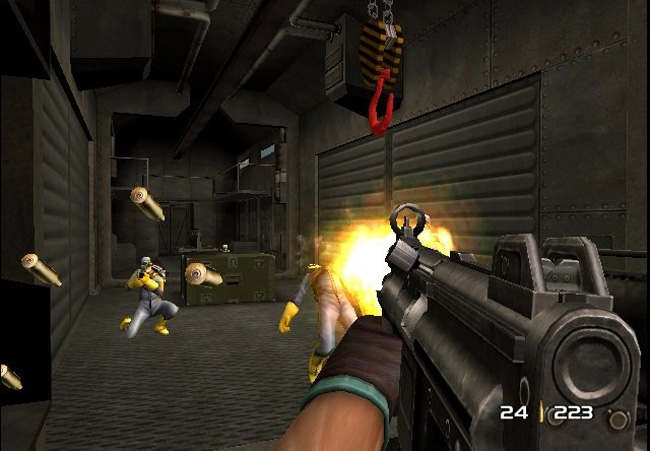 Crytek’s time-traveling shooter was built by veterans of Rare (Goldeneye 007 and Perfect Dark), and those influences shone through in the gameplay. Although it’s been over seven years since this planned sequel was announced, I like to think that somewhere in a back room at Crytek there’s one person still slaving away to make a new Timesplitters happen. C’mon Crytek, it’ll give you a chance to make some amazing foliage in CryEngine 3 for the new game, and it’ll shut us all up, too! 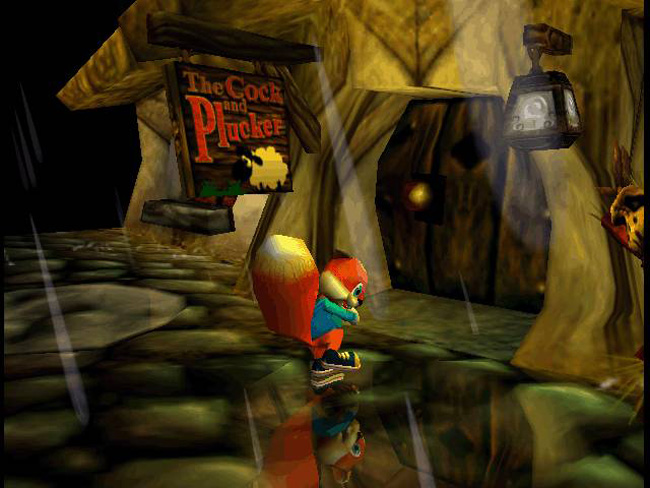 There was a platformer on the Nintendo 64 that was so full of irreverent humor that it received an ESRB rating of Mature, and that game was Conker’s Bad Fur Day. To put it into perspective, the premise of the game was that Conker (a red squirrel with a drinking problem) was trying to make his way home the morning after binge drinking with some friends. The game was filled with toilet humor and jokes poking fun at all sorts of things, so much so that Nintendo actually censored a few of them right out of existence before release. While the game’s closing monologue featured Conker extolling the virtues of appreciating what you have instead of always wanting more, we don’t care. We want more Conker. Hey, it’s not like Nintendo is overrun with games targeted at the older demographic. Why not give the drunken squirrel a chance? 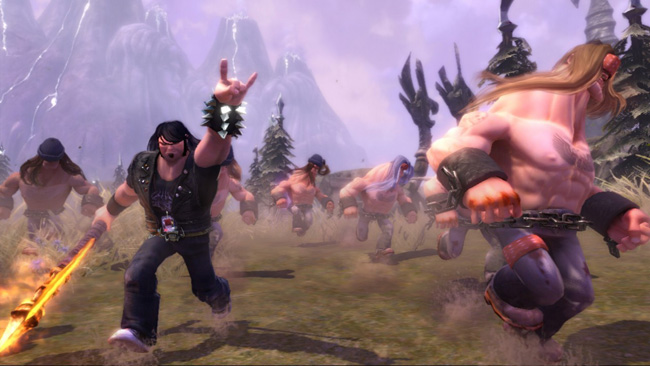 The Tim Schafer game everyone always mentions for a sequel is Psychonauts, but for my money, give me more Eddie Riggs. Riggs is a roadie who’s transported to a heavy-metal inspired fantasy world populated by musical icons like Ozzy Osbourne, Lemmy Kilmister, Rob Halford, and Lita Ford. Banging out power chords and swinging his massive axe as rides his custom hot rod into battle, the Jack Black-voiced Riggs would look really great in a new adventure. 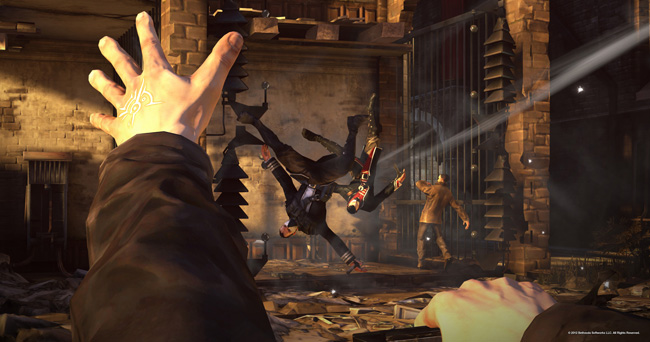 It’s only been two-and-a-half years since we first crept through the streets of Dunwall, and I’m already itching for a chance to return. Dishonored was a solid realization of the idea that players should be able to approach a game’s mission in any way they see fit. After attaining his magical powers from The Outsider, protagonist Corvo Attano can use stealth, direct assault, or any combination of the two to avenge the death of The Empress. Although there have been rumors of a possible sequel, no news has emerged from Arkane Studios yet. Maybe in 2015? 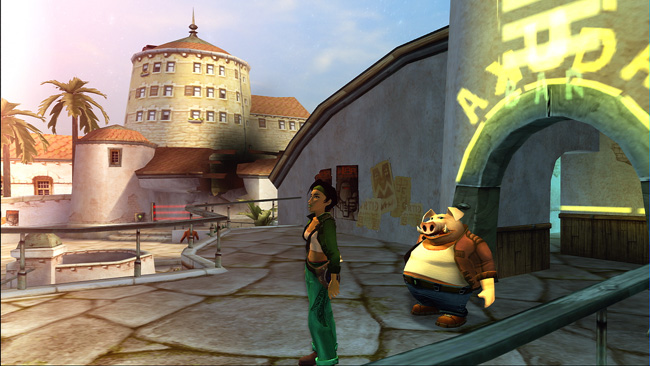 Beyond Good & Evil puts players the shoes of the young photojournalist Jade in the year 2435. As she travels around photographing wildlife on the planet Hillys, she finds herself not only uncovering human trafficking, but eventually sparking a revolution. Of all the games on this list, Beyond Good & Evil has probably come the closest to releasing a sequel so far. Confirmed to be in development as recently as July 2014, the elusive sequel has been an on-again, off-again affair since its official announcement in 2008. Will it finally come to fruition this year, and continue Jade’s story? I hope so. 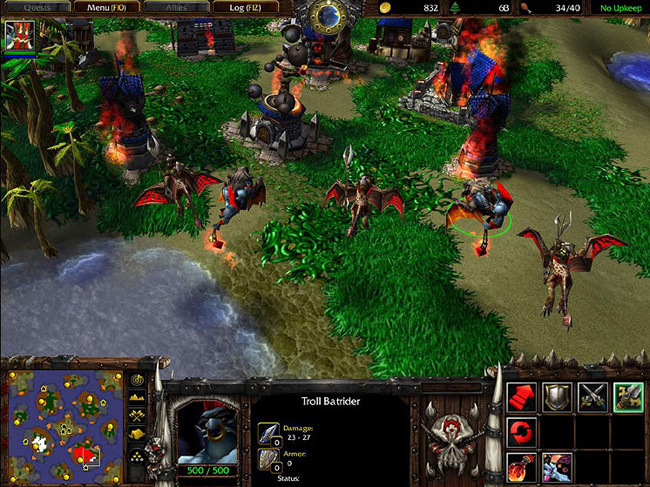 OK, now we’re getting serious. Warcraft III was released in 2002, back before Blizzard turned their eyes on the mountains of MMO dollars World of Warcraft brought them. The Warcraft series had plenty of lore back then, but it’s bursting at seams with factions and characters to base a new strategy title on now. The game has traditionally included a level editor for players to create their own maps and scenarios, which would also allow Blizzard to have players creating content to keep a new Warcaft fresh for a long time. If we can distract Blizzard from more WoW development long enough to get a new RTS going, it’ll be a great thing for everyone. 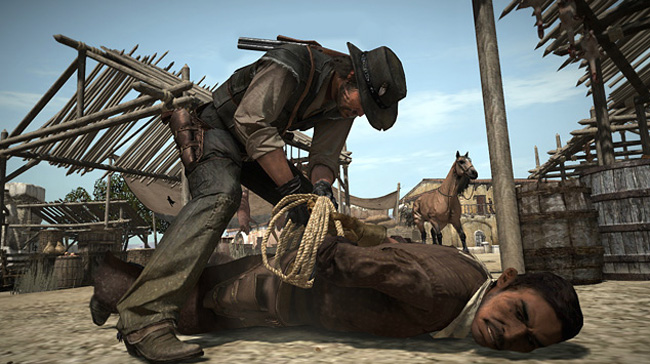 Rockstar’s tale of an old West outlaw who’s gone straight was one of the hottest games of 2010, and with good reason. The open world was a character in its own right, filled with things for players to do as they rode around in search of main character John Marston’s former outlaw allies. A return to the setting could cover all sorts of themes, including a continuation of the story of John’s son Jack.While Rockstar’s obviously been tied up with Grand Theft Auto 5 for quite sometime now, the time could be right for Red Dead to return, as there was a six year gap between the first game in the series, Red Dead Revolver, and Redemption. 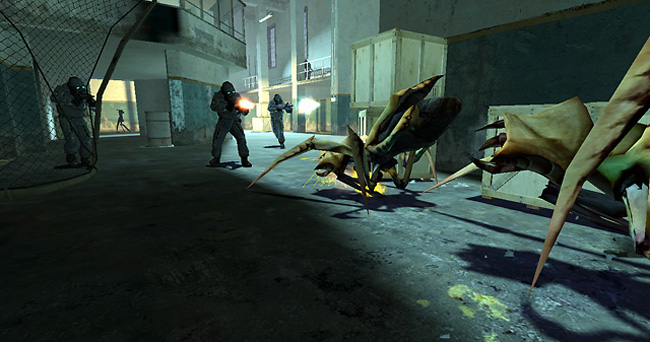 C’mon, you knew this was on here, right? I’m a gamer, and as such I am contractually obligated to start out every year expecting that this year will be the one. Every year it’s a baseless hope, but we keep doing it, don’t we? It’s been a little over six years since Half-Life 2: Episode Three was originally planned to release, and there’s no sign of the game yet. That said, with two Portal games under their belt, it’s entirely possible that Valve will finally get around to releasing the third Half-Life game this year. They can even work in Aperture Science, since that lore is now intimately familiar to fans as well. Surely it’s this year, right? RIGHT?!?