Space, the final frontier … for epic space battles. EVE Online has had its fair share of fancy schmancy battles but this one takes the cake. With over 2,200 participants and over $200,000 at stake this one is for all the space marbles.

This looks like a cluster of death. Each ship intent on blowing up the other. This isn’t your grandfather’s online space sim. 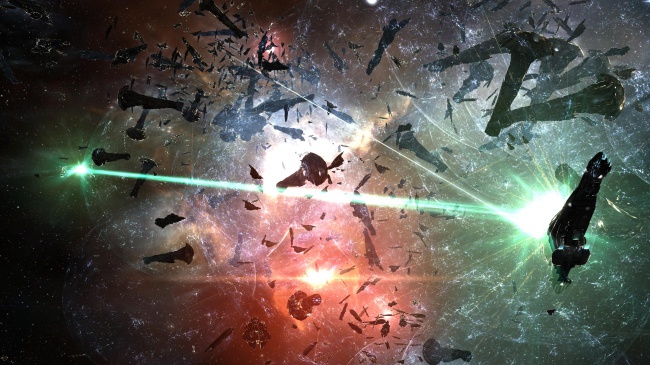 Looks like someone was where they shouldn’t be. That’s one dangerous looking attack. This may look like a plethora space debris but if you look closer … 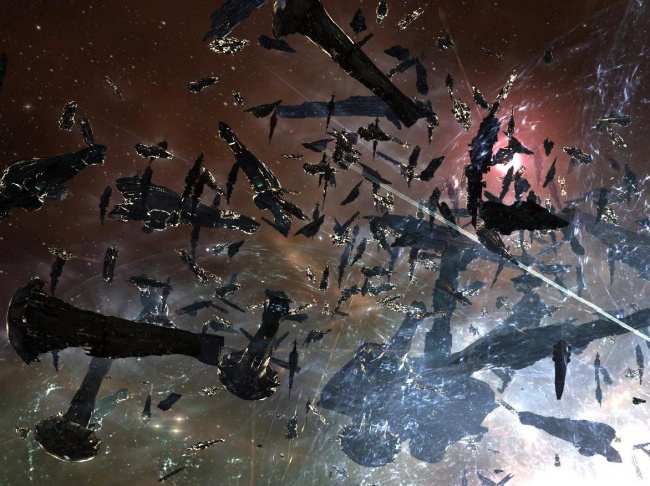 Take a closer look at the previous image and each bit of that “space debris” is actually a player-controlled spaceship that is there for the sole purpose of space battle. Not to make space friends.

Putting some distance between you and the battle gives it some perspective. It also means that you’re quite a bit safer than in that cluster of doom.

This looks less like Star Wars and more like a bunch of spaceships thrown into a bag and shaken around. Close quarters space combat seems a tad more dangerous than the opposite.

Speaking of cluster of doom, this is what you may call certain death. Being stuck in that ball of ships makes everything dangerous, not just their weapons. 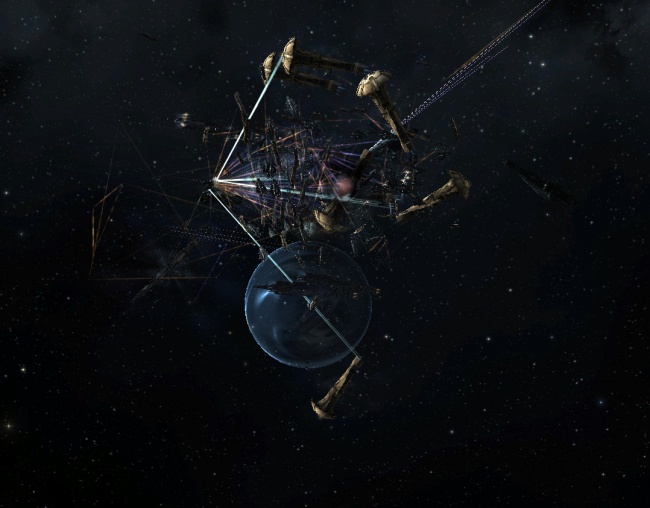 The space cluster from a different angle. You can see here that THEY ARE ALL GOING TO DIE. 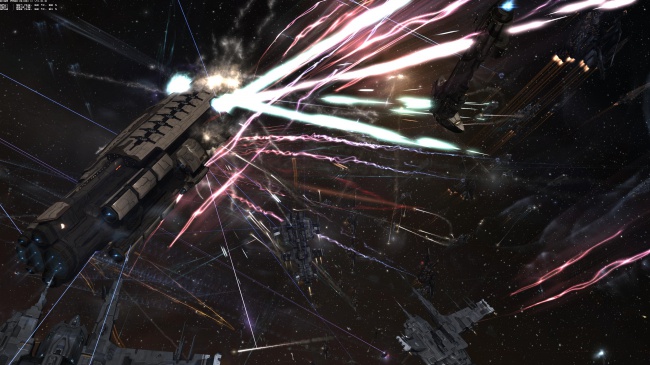 The pretty colors can distract you from the fact that this battle comes with some pretty real consequence. I’m just wondering how many of the pilots of those ships called in sick to work so they can fight for their cause. 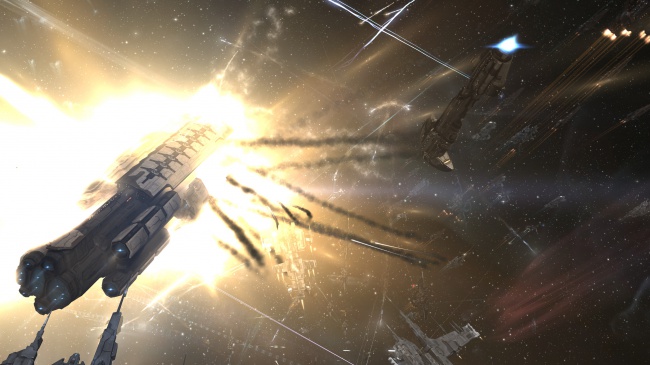 Such a pretty explosion. If you ignore the fact that this ship belonged to someone and they worked really hard to get it, it looks pretty.