Everyone’s played at least one simulator game in their life, and many of us have enjoyed them. Titles like The Sims, Roller Coaster Tycoon, and the Football Manager series have kept the genre in the limelight over the years, but there’s also a bumper crop of oddball sim games out there. They’re the games that make you say, “Who ever thought of making a game about that?” These eight of some of the strangest we’ve seen. 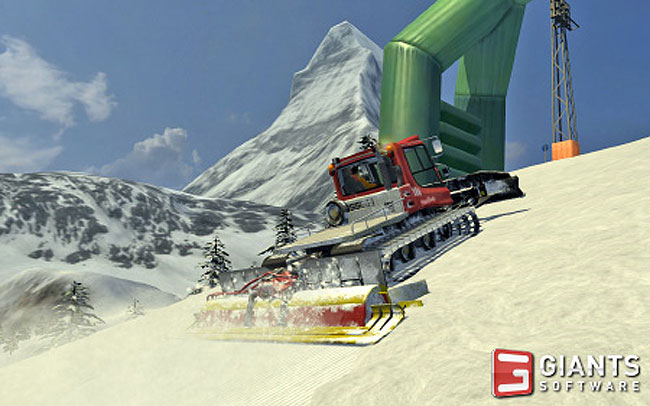 “Show your technical and managerial skills,” proclaims the box for Ski Region Simulator 2012. It puts you in charge of a small ski resort and tasks you with making it grow. To make it as realistic as possible, the game features actual snow management vehicles from Pistenbully. As you grow your resort, you’ll add more vehicles and lifts, and you can explore that entire area on foot for some reason. It’s developed by Giants Software, the some company that produced the Farming Simulator series.

Check it out on the game’s official site 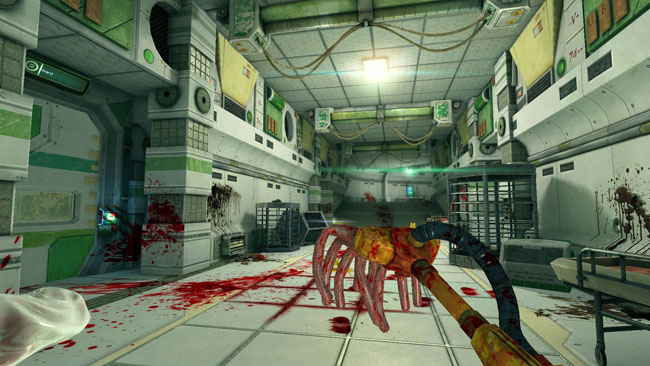 While the level design in Viscera Cleanup Detail is reminiscent of any of a number of first-person shooters, you don’t get to do any shooting. Instead, you find yourself knee-deep in a janitorial simulator. You’re left to clean up the levels after the so-called hero has gone through and left blood, guts, and body parts all over. Instead of shooting back, you grab your mop and bucket and start cleaning up the mess, picking up shell casings, and repairing bullet holes. It’s still in Early Access, but it’s definitely playable now. 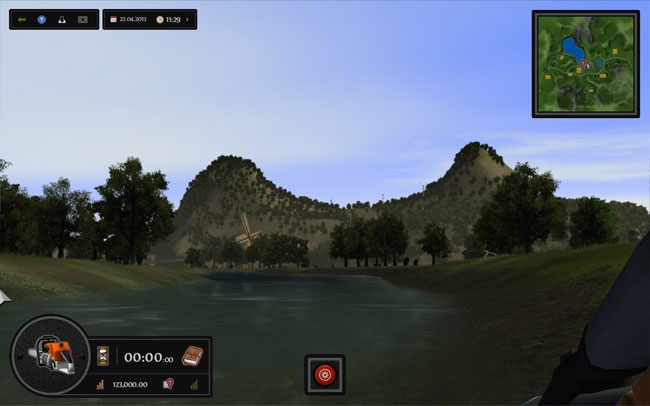 Woodcutter Simulator 2013 is more than just putting on flannel and grabbing your favorite axe. You can do everything from cutting down trees with a chainsaw from a first-person perspective to running large machinery and clearing woods. Not only that, you’ll need to get the logs you’ve cut out, onto trucks, and delivered. You’ll have to contend with a realistic day/night cycle and weather, as well as a mission system that challenges your woodcutting ability. 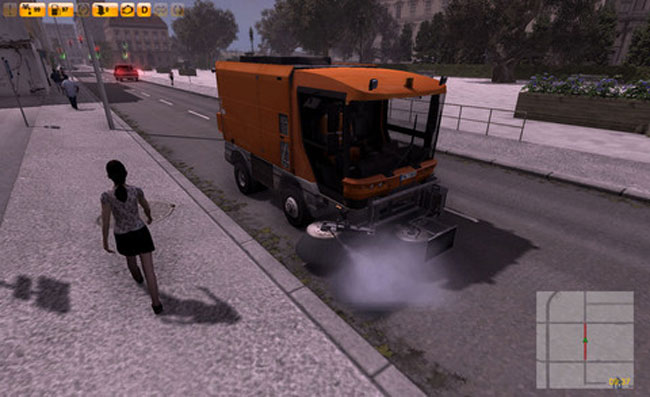 It’s time to jump in your assigned vehicle and clean up the city streets – literally. Street Cleaning Simulator puts you behind the controls of three realistically modeled cleaning vehicles and tasks you with dealing with different types of pollution using various cleaning techniques. You’ll not only have to clean the streets; you’ll have to deal with the complex traffic AI and pedestrians.

Check it out at Excalibur Publishing 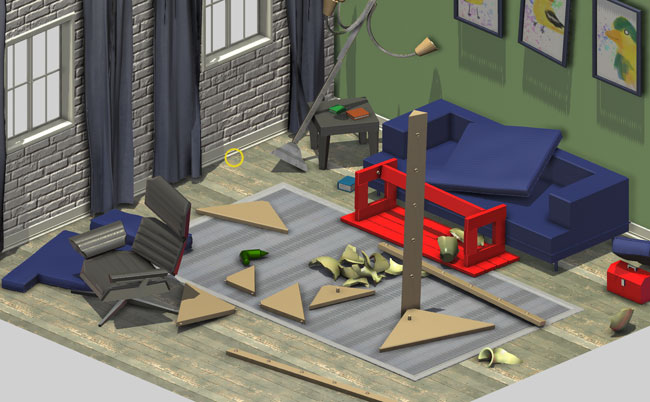 What could be more fun than trying to put together ready-to-assemble furniture? That’s the premise behind the online game Höme Improvisåtion. You can play alone of team up with friends to build increasingly more complex pieces of furniture. You’ll probably need the help, as there are no instructions for any of the pieces. All you have to go by is the picture on the box. Of course, you can always just build whatever you want out of the pieces you have. Judging from my frustration while trying to play it, it’s one of the most realistic simulators ever made.

Check it out on the game’s official site 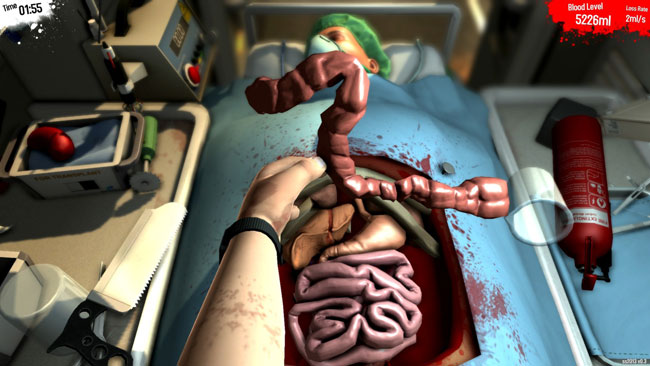 If you’ve always dreamed of being a surgeon and saving peoples’ lives, well, this is not that game. This game tasks you with saving lives, but then makes it completely impossible to carry out your intentions on screen. In fact, it’s more like trying to win a prize in the claw machine at the amusement park than it is any sort of realistic surgery simulator. After you’ve dropped body parts, instruments, and just about everything else into your patient’s chest cavity, you’ll realize it’s just good fun. 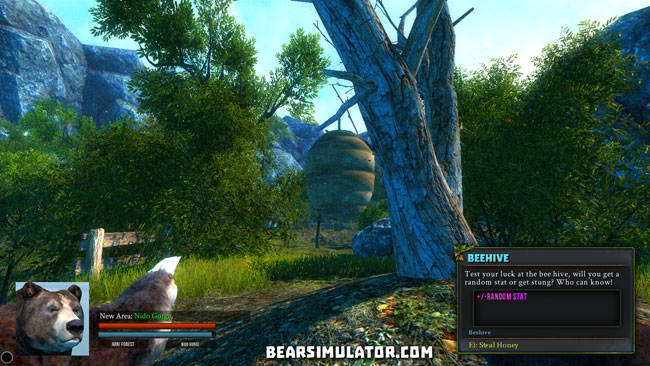 If you’ve always wondered what it would be like to roam the woods as a giant bear, then this game is for you. Bear Simulator was funded on Kickstarter and is currently on Steam Greenlight. Not only will you get to take on various creatures, like rabbits, raccoons, and mice, you’ll also get to decorate your den with trophies and items. You’ll also be able to unlock new bear abilities, bear skins, and even hats. Yes, hats.

Check it out on Steam Greenlight 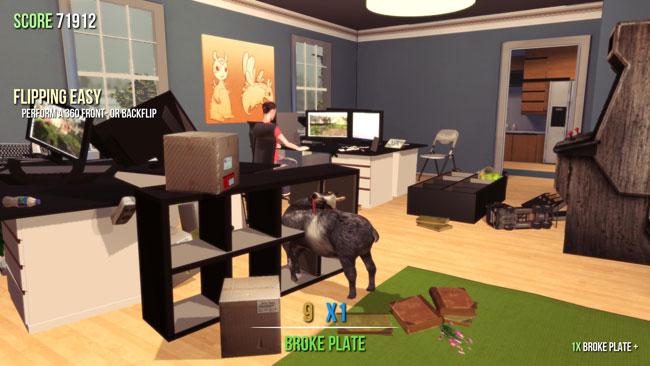 Explaining what Goat Simulator is can be simple. You play as a goat who runs through an open world smashing into things and earning points for it. Explaining why it seems to be so addictive is a little harder. It was created in a couple of weeks almost as a joke, but now that it’s exploded in popularity, it’s gotten even more ridiculous. First there was the MMO Simulator DLC that let you play five different classes and complete dozens of quests. Now there’s a survival DLC titled GoatZ coming soon. With the success they’ve seen so far, there’s no reason to think that we won’t see more additions to this crazy game.