Eight years ago today Team Fortress 2 was released, and to celebrate it’s emergence we’re giving you nine ways to customize your favorite character. So get ready for some serious action. 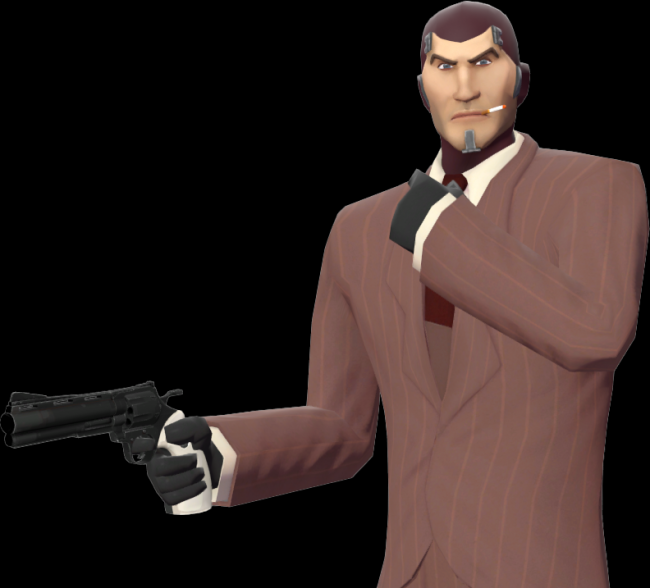 This one is for the Spy, if you got the achievement Trophy Wife in Poker Night 2 you received the Dapper Disguise. This cosmetic item makes your character look exactly like Handsome Jack from Borderlands 2. I mean who doesn’t want to be handsome? Especially if you get to look like that dashing psychopath Handsome Jack. 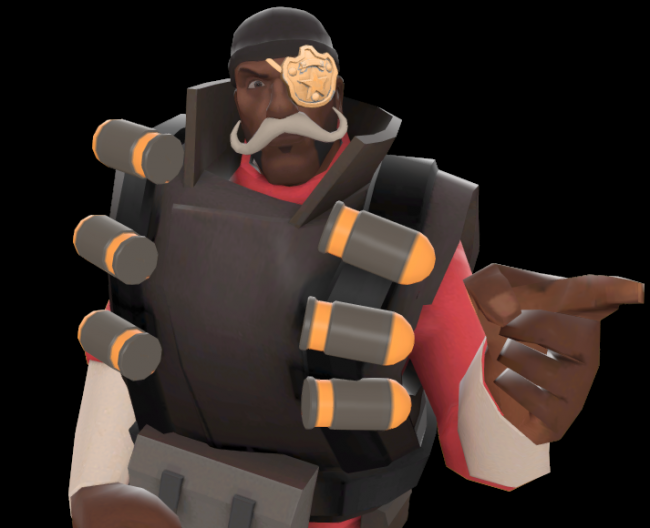 Since the Demoman has to wear an eye-patch, why not make it look good? The Blind Justice item was available to players that pre-purchased BioShock Infinite. If you want to look like the baddest law-man around then this would be perfect for you. 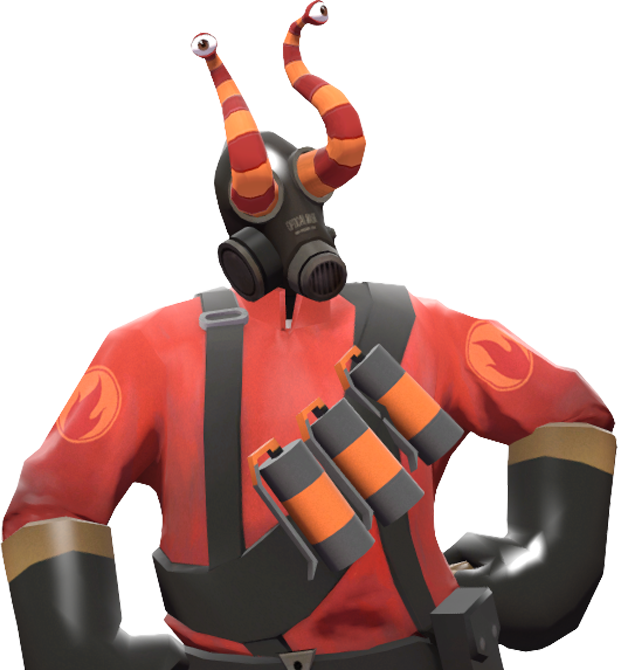 The Pyro doesn’t need much, he already gets to see the world through candy colored glasses, but now he can get an even better eye on the game. Up Pyroscopes is an item that was released as part of the Scream Fortress 2013 patch, and if you have it then you’re ahead of the game, because this just makes the character even more intimidating, if that was possible. 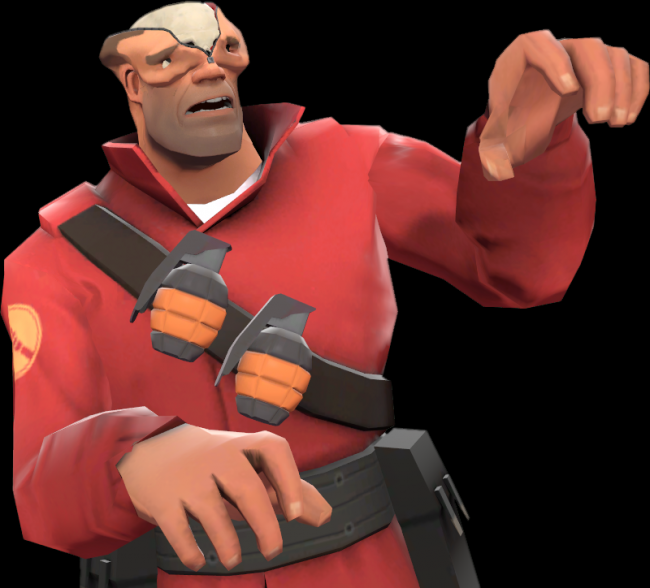 The Soldier’s Zipperface will leave your enemies screaming in terror. This terrifying piece was part of 2012’s Spectral Halloween Special, and can be seen during a full moon or around Halloween. To really take your game to the next level of terrifying then equip this on your Soldier. 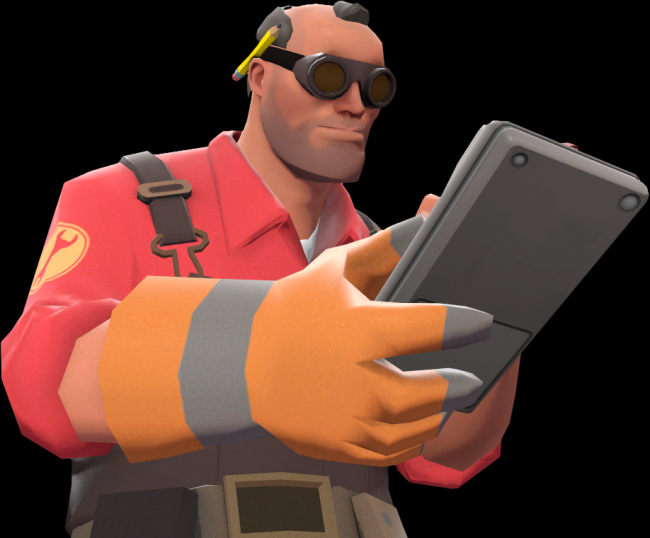 The Engineer’s Pencil Pusher item was released in the 2011 Manniversary Update, and makes the Engineer more believable. This is truly how the Engineer would look if he were in his natural environment, he probably wouldn’t be out fighting but in an office trying to come up with some new fangled thingy. 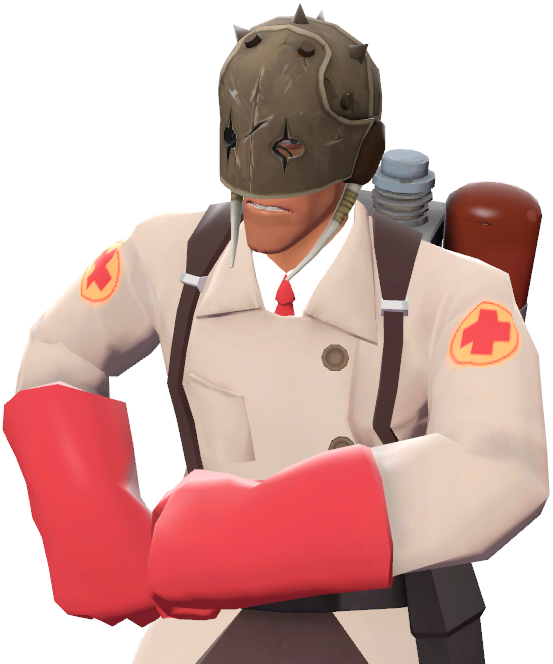 If you had pre-ordered Magic: The Gathering – Duels of the Planeswalkers 2012 then you would have received this fancy schmancy helm. This helps give your Medic a striking resemblance to Garruk Wildspeaker, and if you want an intimidating character from Magic: The Gathering then that’s the way to go. 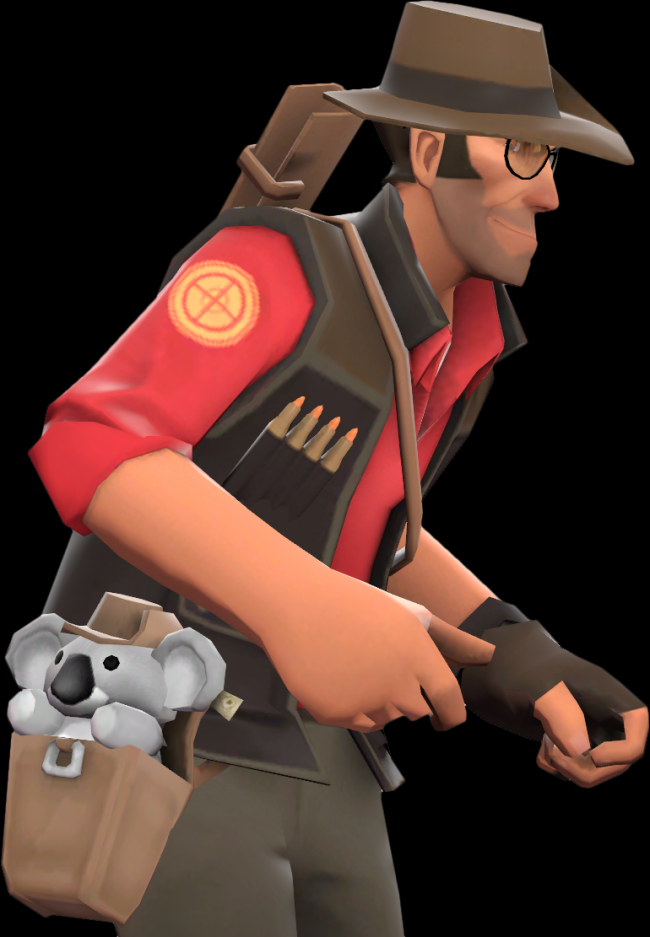 This cosmetic item, the Koala Compact, can help further the Australian stereotype that the Sniper is already perpetrating. The koala sits in the Sniper’s ammo pouch and keeps him company as he’s gunning down the enemy from across the map. It can get lonely being a sniper, you’re meant to work alone so this is the perfect way to stave off all of those boring hours with your thoughts. 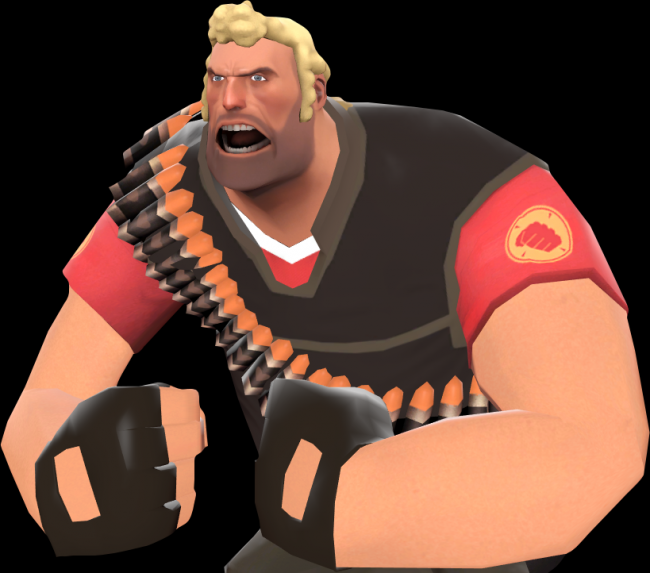 One of the best additions to the game came in 2012 and was part of the Mecha Update. This gave the Heavy Brock’s Locks, what Venture Bros. fan wouldn’t want to look like the heavy duty Brock Sampson? This will let you fulfill all of your dreams to stomp around and make mince meat of your foes. 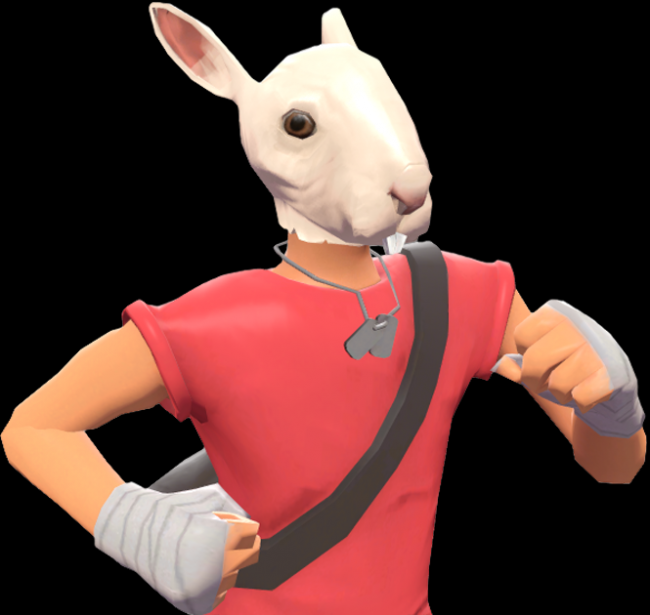 If you’ve ever wondered what the Scout would look like if here were in Watership Down then look no further than the Horrific Head of Hare item. This was added to the game in the Scream Fortress 2013 patch, it’s still available so get this and pretend that you’re Fiver trying to avoid death.