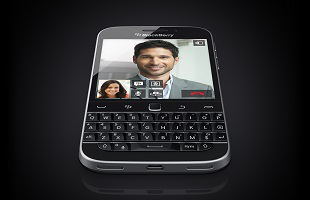 The deal, if completed, could be worth as much as $7.5 billion.

Reuters is reporting that everyone’s favorite rich uncle is in talks to buy one of the crazy, senile grandfathers of smartphone tech.

Samsung executives met with their BlackBerry counterparts last week, according to the report. During those meetings, buyout share prices ranging from $13.35 to $15.49 were discussed, meaning BlackBerry shareholders could see a premium of as much as 60 percent attached to their stock. That stock opened at $9.62 per share this morning, but currently sits at $12.60 — a jump of nearly 31 percent in one day of trading.

Samsung’s interest in the buyout is BlackBerry’s patent portfolio, with its enterprise expertise surely being a focal point. While BlackBerry has long excelled at courting business users, its recent failures have been due spinning wheels in the consumer market. As Samsung already has a sizable smartphone/mobile footprint, this purchase could result in fresh revenue from the daytrader/lawyer/serious business/I sleep in a suit user segment.

The patent interest doesn’t completely rule out some sort of BlackBerry-esque Samsung Galaxy device, should the deal go through. However, the nature of the deal means Samsung is likely interested in taking BlackBerry’s enterprise expertise, and applying it to Samsung-made apps for its Android-running smartphones (and beyond). The more data-secure Samsung can make its phones and tablets, the more business- and enterprise-friendly they become.

Given the offered cash per share range, the deal would be worth $6-$8 billion total, with up to 12 percent of the deal being BlackBerry debt conversion.

Who’s up for a Samsung BlackBerry S? Given my past proclivity for physical keyboards on smartphones, I’d probably bite.

Rumor: Spider-Man Will Join The Avengers in 2018