Believe me when I say that no-one can be more surprised than I that I didn’t like The Cave very much. I was going into it with a sense of “Oh boy! A game by Ron Gilbert and Tim Schafer’s Double Fine, the big talents from the glory days of the LucasArts adventure games working together again at last. I’ll enjoy this, and then I will do a review about how good it is. That’ll teach all those ignorant sods who say that I only ever hate on stuff.” But that cunning plan was foiled, wasn’t it. You win this round, sods.

I get not wanting to make adventure games anymore, though. I grew up on LucasArts adventure games like Monkey Island and Day of the Tentacle and have made a few of my own, but in more recent years I realized their limitations and have been more interested in the marrying of gameplay and story than the traditional overt story focus. It seems Ron Gilbert and Tim Schafer have gone through a similar process and in all of their post-LucasArts games have been increasingly experimental with gameplay. For better, and, it must be said, for worse. But Monkey Island I loved, yes. I’ve played that game over so many times I could write an FAQ right now without needing to look anything up.

And that’s what got me thinking about the concept of “replay value”. Why did Monkey Island, a linear adventure game with no story branches, have more replay value for me back in the day than The Cave does now, despite The Cave actively attempting to court replay value?

I think the answer to that is that The Cave‘s deliberate, artificial replay value – in having you pick three characters out of seven for each playthrough to dictate what three of the game’s six puzzle areas are – is not actually replay value. Oh, christ, I’ve typed “replay value” too many times and now the words sound weird. I’m going to call it “chocolate sauce” from now on. The Cave‘s chocolate sauce is not chocolate in the strictest sense. It’s more like that stuff Domino’s Pizza includes with the dipping brownies that tastes like slightly viscous brown water.

Replaying means to go back and play a game you’ve already finished again to reminisce about all the good times. The key word there is “finished”. And you have in no sense of the word “finished” The Cave after going through with your first three choices of characters. You’re not even half-way. You’ve only played three out of seven possible chapters. The first thing you do after seeing the ending is start again with three new chaps. And that’s not chocolate sauce. You’re not replaying it, this is just all part of the same playthrough. You haven’t finished playing it because you haven’t seen all of the content.

And it wouldn’t be so bad if we only had to play the chapters of the characters we brought, but what makes it obnoxious to me is having to do the intro bit, the outro bit and the three fixed chapters over and over again for every single group. It seems like a particularly obvious design flaw in a comedy game, because the appeal of a joke plummets quite drastically once you’ve heard it the first, second and third time.

A lot of video games that I’ve played have attempted to deliberately have chocolate sauce on them, but the usual way of including it is a misguided one. Assuming the game isn’t one of those random Roguelikes like Binding of Isaac or FTL that are different every time you play, the usual thing to do is change some of the game’s content depending on what choices the player makes. But all you’re doing there is arbitrarily denying the player half the available content. They’re not finished when they reach the end of the game because they need to immediately start and play through again to get the full experience. This is the main cause of my distaste for the binary moral choice system in games like Infamous and Dishonored. It’s not chocolate sauce on a lovely sundae, it’s just half a lovely sundae. 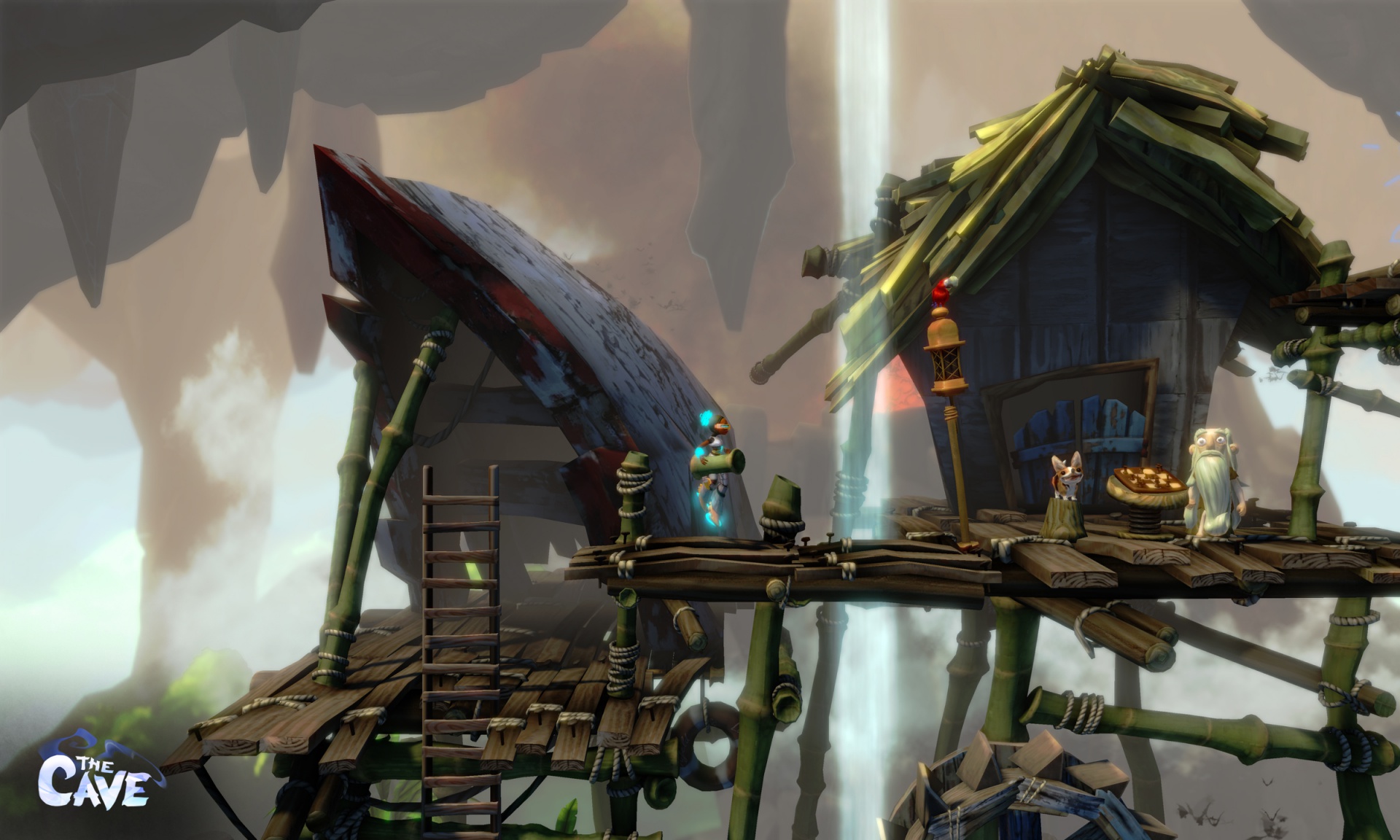 Chocolate sauce is something that every good game has automatically. Hang on, “chocolate sauce” is starting to sound weird, now, too. I’m going to call it “breast massages” from now on. If you have entirely finished a game and are satisfied then you’ll be left with that feeling, and on a cozy Sunday afternoon some months later you might think “Oh, I don’t feel like leaving my comfort zone so I think I’ll have that breast massage I liked so much again”. If you use content denial to try to force breast massages upon someone then you’ll likely provoke resentment. Wait, this sounds even weirder. Let’s go back to “chocolate sauce”.

But I’m not saying you shouldn’t try to put chocolate sauce on your game, I’m just making the point that chocolate sauce is an addition to a thing that’s already good, not a huge part of the thing. Harder difficulty modes are the classic example of easy chocolate sauce: it’s the same game you liked the first time around, but with the extra challenge. Or go the other way on my three-leg game theory and add gratification instead of challenge. The standard New Game Plus, for example, where you get to take cathartic revenge on the early enemies with end-level gear. After I’d played through Resident Evil 4 on the harder difficulty a few times it was very healing to go through the game just one time with the infinite rocket launcher.

You can’t really do that in adventure games, though, so what Monkey Island and most other LucasArts adventure games did was have huge amounts of optional dialogue. There were countless moments in cutscenes when you could pick one and only one conversation option from a possible four, and each one provokes a different gag response before the cutscene continues the same way as always. I suppose this is content denial, strictly speaking, but it’s such an insignificantly small amount that merely exists as an alternative to existing content, and no-one could resent the game for it. It makes a second playthrough a little more interesting without adding so much that a second playthrough feels essential for the full experience.

What I’m saying is, don’t worry too much about chocolate sauce because a truly good game makes its own chocolate sauce. But if you do think in those terms, chocolate sauce is best applied lightly. Don’t feel like you have to sacrifice anything for future playthroughs. You might as well stuff the first playthrough with all the content you’ve got and the player shouldn’t feel like they’ve missed anything important if they decide to leave it at that. Chocolate sauce is lovely but it needs to be on top of something solid. And indeed breast massages are lovely but they shouldn’t be the only reason you called your girlfriend over.