Gary Gygax and Dave Arneson released the first roleplaying game, Dungeons & Dragons, in 1974, creating a worldwide sensation and laying the foundations for an entire hobby. Following in their footsteps was a public librarian named Ken St Andre who, in 1975, released the second RPG ever published, Tunnels & Trolls. Though never as popular as D&D, T&T found an enthusiastic audience and earned many accolades for its elegant rules design and innovative game mechanics. No less a luminary than Greg Stafford, creator of the world of Glorantha, setting for RuneQuest, dedicated the game to: “Dave Arneson and Gary Gygax, who first opened Pandora’s box, and to Ken St. Andre, who found it could be opened again.”

Ken was gracious enough to answer a few questions I put to him about T&T, game design, and related topics.

How did you become involved in tabletop roleplaying?

I invented it for myself when I wrote up my first version of Tunnels & Trolls. I had a vague idea of what to do from browsing through the earliest D&D rules one night. Clearly, it was a story-telling game. One person was the storyteller, the players were the characters, and the rules sort of determined what would happen.

Do you consider “roleplaying game” and “storytelling game” to be synonymous?

Roleplaying and storytelling don’t have to be synonymous, but considering the roots of FRP gaming, I think they should be. If you don’t feel like a character in a story, then what’s the point of playing? Thus, you’ll find that the best game supplements and adventures all seem to have strong story lines embedded within them. The storyline can be as simple as explore the dungeon, or as complex as save the world. T&T does tend toward the simpler end of the spectrum, but we’ve had some complex world-beater adventures too.

If a roleplaying adventure is a story, where does randomness fit in?

Randomness is very important in roleplaying games. It interjects those sudden turns of fate that control the story. Not all stories end happily. Horror stories, for example, usually end badly for the protagonist. Some scenario designers have one particular story they want to tell. I’ll use an example from my own work. The “Hot Pursuit” adventure is the story of how brave adventurers tracked the Scorpion Men to their desert hideout, rescued the villager’s daughter, and made their escape. On the other hand, “Hunting Party,” also by me, is the story of how some adventurers go hunting. They can meet anything on the way, don’t have to rescue anyone. Both are stories, but the first one has a plot, the second one doesn’t. 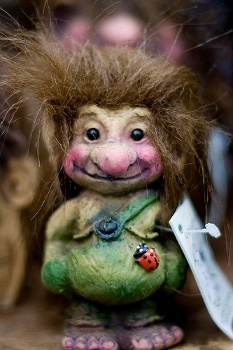 Some GMs, like Larry DiTillio, are adamant about the story they are telling. They will twist whatever you do into the story that the scenario is meant to tell. Larry is a great GM–his tales are always highly amusing and exciting, but the players have no freedom. Other GMs discover the story as they play the adventure, I tend toward the second way of doing things. I set up a situation, like the dragon hunting situation I’m running now, and wait for the players to make the story. That’s my entertainment as GM, finding out what story the players will tell me.

Gamer legend has it that Tunnels & Trolls was your attempt to do Dungeons & Dragons “better.” Is there any truth to this?

I don’t know about “better.” When I created T&T, I just wanted this kind of game that I could play with my friends. None of us owned D&D or had any idea of where to get it. None of us had the miniatures, the multi-sided dice — heck, we had never even seen dice that didn’t have 6 sides.

T&T is what we’d today call “rules light.” Why did you choose this approach to its design?

I didn’t choose any approaches. I was in a fever to get a game I could play. Tunnels & Trolls grew as the ideas occurred to me or my friends. Even back in 1975, I just did what seemed logical. Weapons for example: Weapons do damage to health. Health was covered by the Constitution attribute. Bigger weapons do more damage than smaller weapons. A little logic, a lot of guessing, some basic research into medieval weapons.

Since 1975, T&T has gone through several editions but the game hasn’t changed in huge ways since the beginning. Given that, what’s your perspective on “evolution” in game design? Do games “evolve” and become “better” over time and, if so, how does that happen?

I believe that games do evolve. Tunnels & Trolls has evolved tremendously since I scratched out my prototype in 1975. Evolution is incremental. In the real world, certain traits help creatures survive, and they pass those traits and/or mutations down to their offspring. In the gaming world, players learn better ways of doing things over time and the game changes into a form that allows it to survive with a new generation of gamers.

How has T&T evolved? The original game only used saving rolls with Luck. Over time, we began using it with other attributes like Strength, Intelligence, or Dexterity. Now we use it with talents, that aren’t even attributes but are special skills based on attributes. That’s evolution from simpler to more complex.

Early versions of T&T paid for magic use with Strength. That always felt just a little bit wrong. In version 7, I rewrote the history of Trollworld, changed the magical paradigm of the planet, and now we pay for it with Wizardry, and it requires an intelligence saving roll to actually cast the spell. The basis of magic in Trollworld is more clearly understood now.

I’m not sure that game evolution always makes them better over time. I suspect that in cases where game evolution takes a wrong turn, the game either dies out, or reverts to a simpler form. 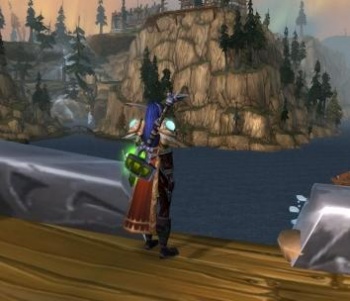 You subscribe to a theory of “unbalanced” or non-zero sum game design. Could you explain what you mean by this?

I was a gamer who invented my own games long before I got into roleplaying. I was, and am, a big fan of escapist literature — superhero comics, the novels of Edgar Rice Burroughs, the stories of Robert E. Howard. Those stories aren’t set up like chess games with balanced forces. They were always the story of a hero against great odds. When I started creating my own games, I did some research during college into game theory, and learned about zero sum games. They seemed to take the whole element of heroism out of the gaming equation. So, if I wanted heroism, I would have to do non-zero sum games. That doesn’t mean there is no game balance — it just means the balance isn’t even. If you wanted to win a St. Andre game, you would have to do something that would beat the odds. I wanted games where luck was involved, and I made them.

Do you still get the chance to play RPGs today?

I don’t play nearly as much as I used to. My old circle of friends has moved on. I’m old. I work all the time. I have other things to do. I like to go to SF and game conventions because I usually get a chance to do roleplaying there. I can always run a game on a moment’s notice, or drop into some other game the same way. I don’t really care about rules so much. I’m happy to roleplay and let the guy who knows the system advise me on what I can do and when. These days I get most of my roleplaying online — either games I’m running for Trollhalla, like the Rogues Gallery adventure that just ended or Runescape.

I take it then that you’re a fan of massive online adventure games?

I am a big fan of massive online adventure games, in any genre. My dream would be to see Tunnels & Trolls made available as a MMORPG.

So do you see computer games as competitors to traditional tabletop RPGs or as a different form of entertainment entirely?