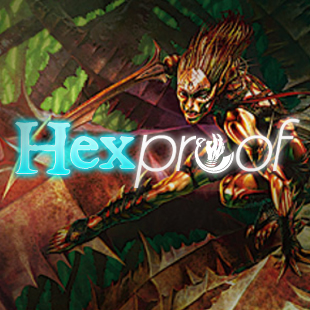 Today I wanted to start a series of articles discussing the various issues of sportsmanship, faux pas, and other such situations that we encounter as Magic players. We won’t do these every week, because frankly on the whole I think the Magic community gets way too wrapped up in everything from acceptable post-winning actions to “slow rolling”, but they can still be valuable conversations to have.

Whether it’s at tournaments or just playing around the kitchen tables, if you’ve been in and around the Magic community for any amount of time, you’ve run into these kinds of situations before.

Today’s topic was spawned from something I saw on Twitter earlier this week about someone telling his opponent what deck he was running, in order to keep an even playing field. His opponent accidentally revealed some cards. Seeing a card or two might not seem like it matters much, but this can sometimes be a huge advantage.

How often have you kept a reasonable hand only to feel the gut wrench when it lines up poorly. For instance, over the weekend I kept a good [mtg_card=Splinter Twin] hand against an unknown deck. It had lands, cantrips, [mtg_card=Snapcaster Mage], a [mtg_card=Pestermite], and a [mtg_card=Remand]. It’s a pretty reasonable keep in that dark that swiftly died to Infect on the play. Had I seen a [mtg_card=Glistener Elf] while he was shuffling, I would have known to ship that hand or at least play it differently.

For the purposes of today, we’re just concerned with the situation of someone accidentally revealing cards. Similar, but separate, situations are things like remembering what someone next to you was playing, having a buddy scout the top tables, video coverage, peaking during a draft, etc. Here’s what the rules have to say on it.

Hidden information refers to the faces of cards and other objects at which the rules of the game and format do not allow you to look.

Throughout the match, a draft, and pregame procedures, players are responsible for keeping their cards above the level of the playing surface and for making reasonable efforts to prevent hidden information from being revealed. However, players may choose to reveal their hands or any other hidden information available to them, unless specifically prohibited by the rules.

In other words, you’re expected to maintain the hidden and unknown state in most situations, but you’re not penalized if say you want to reveal to your opponent that you have two [mtg_card=Lightning Bolt]s and they are at six life. I do this a lot with the aforementioned [mtg_card=Splinter Twin] if I have both combo pieces, the fourth land, and my opponent just tapped out.

Players must not actively attempt to gain information hidden from them, but are not required to inform opponents who are accidentally revealing hidden information.

So here’s the sections that we’re concerned with today though. As long as you’re not actively trying to garner hidden information, by flipping over their deck on purpose or blatantly trying to see under their shuffle, from a rules standpoint you’re in the clear. You’re not even obligated to tell them, though often times in the case of dropping a card it’s pretty clear to both parties.

As I see it, you have a couple of ways that this can play out.

Personally I think a lot of it depends on the context of the situation, specifically the competitiveness of the event or match I’m playing. At FNM, Regular REL, and such I’m much more willing to make sure everyone has a fun and even game, but at higher level events I’d let my opponent know to be careful, since that’s how I’d want the reverse to go. But I’m not going to begrudge someone who doesn’t.

So what would you do?