0
Not much more than a reskin, but still a blast to play

In a lot of ways, Age of Wonders: Planetfall feels like critically acclaimed Sid Meier’s Alpha Centauri. Both are turn-based strategy games that took to the stars after more ancient-themed predecessors. The comparison kept coming to my mind while playing the game, but Planetfall kept reminding me that it wasn’t Alpha Centauri and that I should be ashamed for even trying to put them in the same box. These disparate franchises have taken their systems into the future and into space, with the design tendencies manifesting very differently within the setting. The Age of Wonders franchise has always been a more conquest-centric experience, trying to give us deep combat over diplomatic and nonviolent solutions that games like Civilization have become known for, and the difference in sensibilities is palpable from the moment you boot it up.

Just as in previous games within the franchise, this one is divided into two distinct modes of play: the resource management and the combat. The former is a slog. With the resource production and colonization, I was sleepwalking through it after my first game. I make sure all the good numbers are high, all the bad numbers are low, and put in building projects to keep it that way.

The diplomacy system has been revamped from previous games, but it still doesn’t really reach the level of depth that I’d like. As a player, you can negotiate trade with all of the factions as well as form alliances, create coalitions for wartime, and develop cultural exchanges. On the flip side, you can invade their land, kill their troops, and generally wipe them off the map.

My style of play began as a diplomat, trying to please everyone. I’d do quests for the one while giving aid to another, but the most fun came when I went for a mixed style of play, forging soft alliances with one or two of the factions and wiping the others off the face of the map. The diplomacy system is a little more in-depth than in the previous games, but it still comes off as a watered-down version of what Civilization has been doing for years. 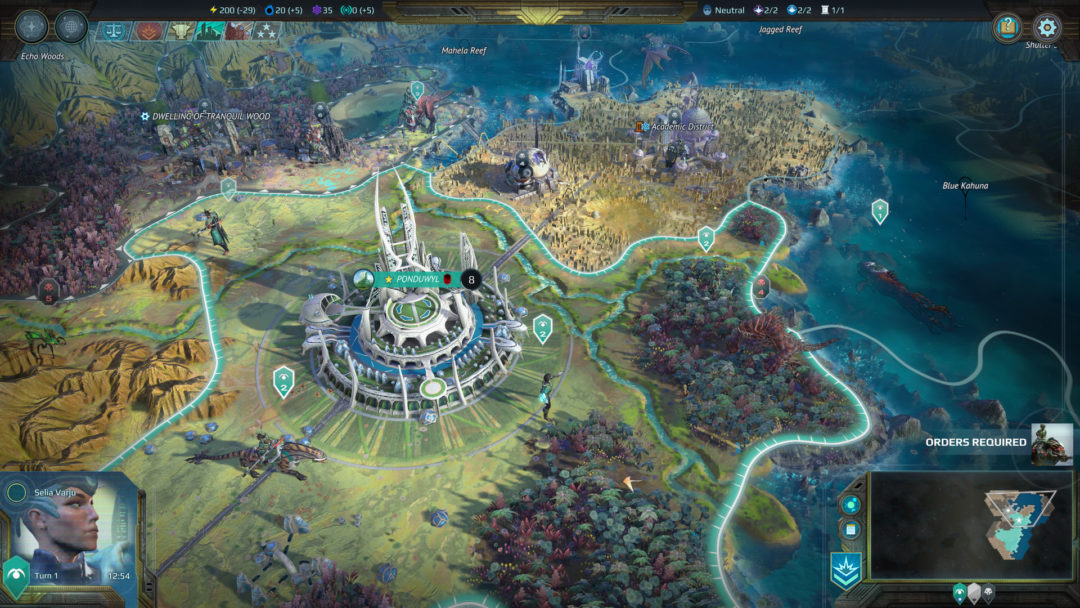 You also have research trees, as is expected, and the upgrades range from benign to interesting. The depth is there with the ability to juggle many different stats at once, but I never felt that I needed to think hard about it, even going up to the higher difficulties. These were the moments where the game started to test my patience.

The combat is where most of the fun comes in Planetfall. It plays as a turn-based isometric shooter, and there’s focus on unit positioning, cover, and hit probability that has become a mainstay in the franchise. There is great depth to it. That being said, it’s baffling that you are given the option to let your units battle automatically. My first game in Planetfall felt completely empty because I just selected automatic for every encounter, and I get the feeling that many new players might make the same mistake and be disappointed by the lackluster game that exists without the combat.

As always, Age of Wonders: Planetfall has a story campaign. In part, this is to make sure new players know the ins and outs of these systems, and it also gives a basic rundown of the various alien races and human factions that you’ll be interacting with in your play. It’s incredibly barebones, telling the story of space marines on a rescue mission turned bad. You begin by playing as the Star Union, recently coming out of 200 years of cryo-sleep. You encounter diverse factions such as the Amazon, a group of all-female bioengineers; the Kir’Ko, former slaves to a hive mind; and the Dvar, technological geniuses.

Sadly, the story never really goes into that much depth, as it tries really hard not to overstay its welcome, taking me almost no time to complete. Yet, I will say unequivocally that the story is incredible. Not the campaign, mind you. It’s cliché and uninventive by design. Rather, the most compelling stories I saw were made in the middle of combat, without a single writer at the helm. 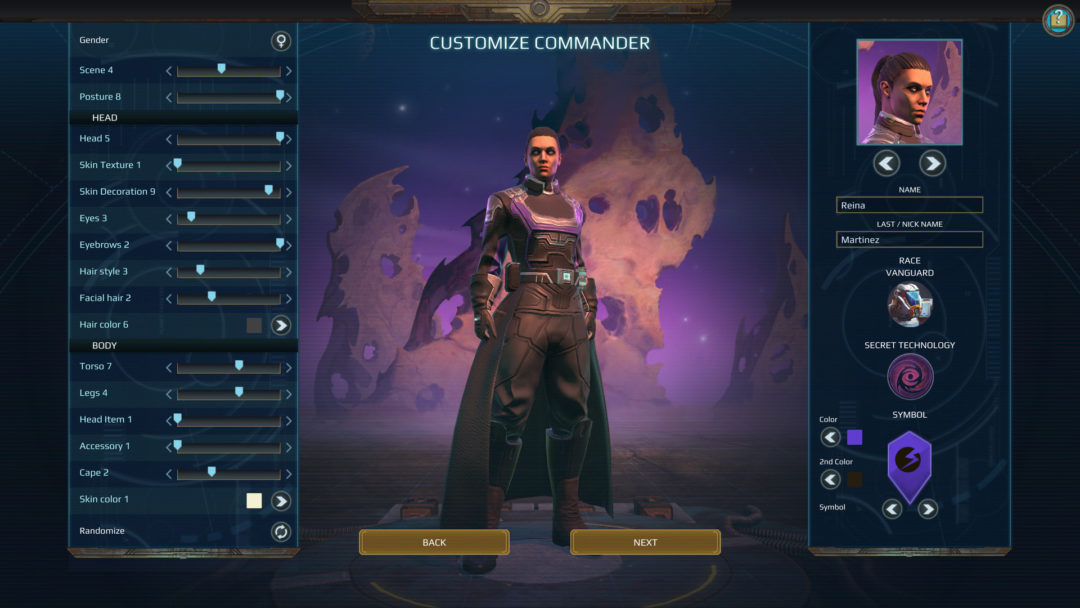 There are terrific, personal war stories to be created here, and that’s the mark of great mechanical design, where the memories of battle systems are even greater than the human dramas. The various factions are given just enough nuance in the story to pique your interest for the bulk of your play, and you begin to care about them. This shows a deep understanding of how gamers interact with turn-based strategy games, and Age of Wonders: Planetfall is all the better for that understanding.

The sound design is impeccable, allowing these factions to sound distinct, threatening, yet still lovable in some ways. The mechanical clank of the Dvar’s war machines drawing in is put in stark contrast to jungle sounds of the Amazon. The slimy and uncomfortable movements of the Kir’Ko are a personal highlight, never failing to unnerve me. The visual designs of each unit are noteworthy, but in the average game, you don’t get much time to really admire the designs.

Sadly, the game had pretty consistent technical shortcomings. I saw really long load times. The graphics were on point and I never saw any drops in frame rate, but waiting for one-to-five minutes between large chunks of gameplay really took me out of the game. Crashes were also fairly common, but that was never a huge hassle, as I am a compulsive save-scummer. I didn’t see any glitches in the gameplay, however, which is refreshing. The gameplay was preserved.

Ultimately, I am conflicted on Age of Wonders: Planetfall. On one hand, it doesn’t feel like that much of an improvement upon previous entries, only really rising to the level of a reskin. On the other hand, I had an absolute blast conquering my way through alien worlds. The combat was just as sharp as always, even exceeding the previous games at points. Aesthetically, the game is beautiful, trying for a very classic sci-fi approach somewhere between frontier and alien world, and this all sings when engaged in the isometric battles. But it’s hard to overlook the fact that the other half of the game is so bland. In the end, the moments of naturally occurring story and deep strategizing with vast numbers of units overshadowed the bad and left a really good taste in my mouth. The Age of Wonders series has always given us a different rhythm of play, and Planetfall continues that tradition, for better or for worse.