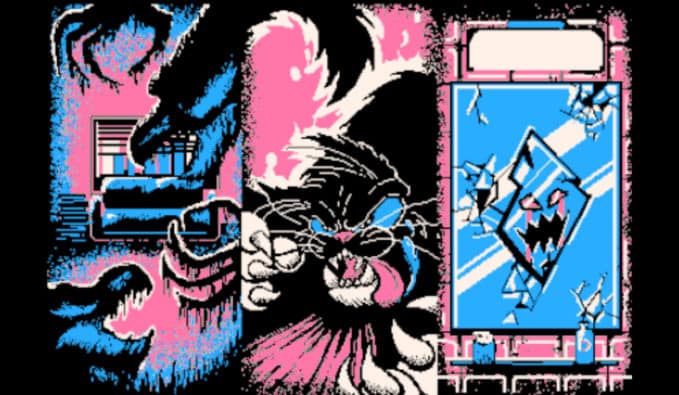 Few things feel more powerful than having an effect on the direction of a game’s story. Smart decisions save the dimwitted teenagers of Until Dawn from a horrific fate, and the choices made in Telltale’s The Walking Dead determine not only who lives and dies, but also which friendships endure a zombie apocalypse. One could argue that this modern style of storytelling would not exist without the influence of choose-your-own-adventure books, a series of stories where the book is not read in a linear fashion, but the reader instead flicks back and forth to different passages according to which decisions they have made. The books are quite difficult, with a wrong choice often resulting in a grisly end, but also extremely entertaining, offering a great deal of variety within a single slim tome. Al is a fitting homage to those classic adventures, a short but varied story with a multitude of paths to take.

You cannot believe your luck. A crush from school has finally agreed to a date and is waiting to meet you at a fancy restaurant. However, not only are you running late, but the demons that haunt your house will not let you leave! Frantically searching through the house for a way to escape, the player faces many trials evading monstrous versions of everyday objects. Is romance in your future, or will a fight with a demonic coffee maker spell your demise?

Al is played free in-browser with a slick interface, each choice opening up a paragraph further down the screen. The smooth scroll downward fits in well with modern reading practices, more akin to skimming through Twitter than flipping through the pages of a book. With each passage, the protagonist Al is faced with a choice: attack an evil mirror with its own shards, or flood the bathroom to escape? Find the long-lost key to the front door, or try to create a new one? Fight against the demonic household appliances, or try to appease them?

The binary choices keep the game quick-paced but also give plenty of options for a second playthrough. Not all choices lead to a new path through the treacherous house — letting the ravenous couch devour you is predictably a game over — but four different endings are achievable, and the generous checkpoint system encourages the player to try even the most ridiculous ideas. 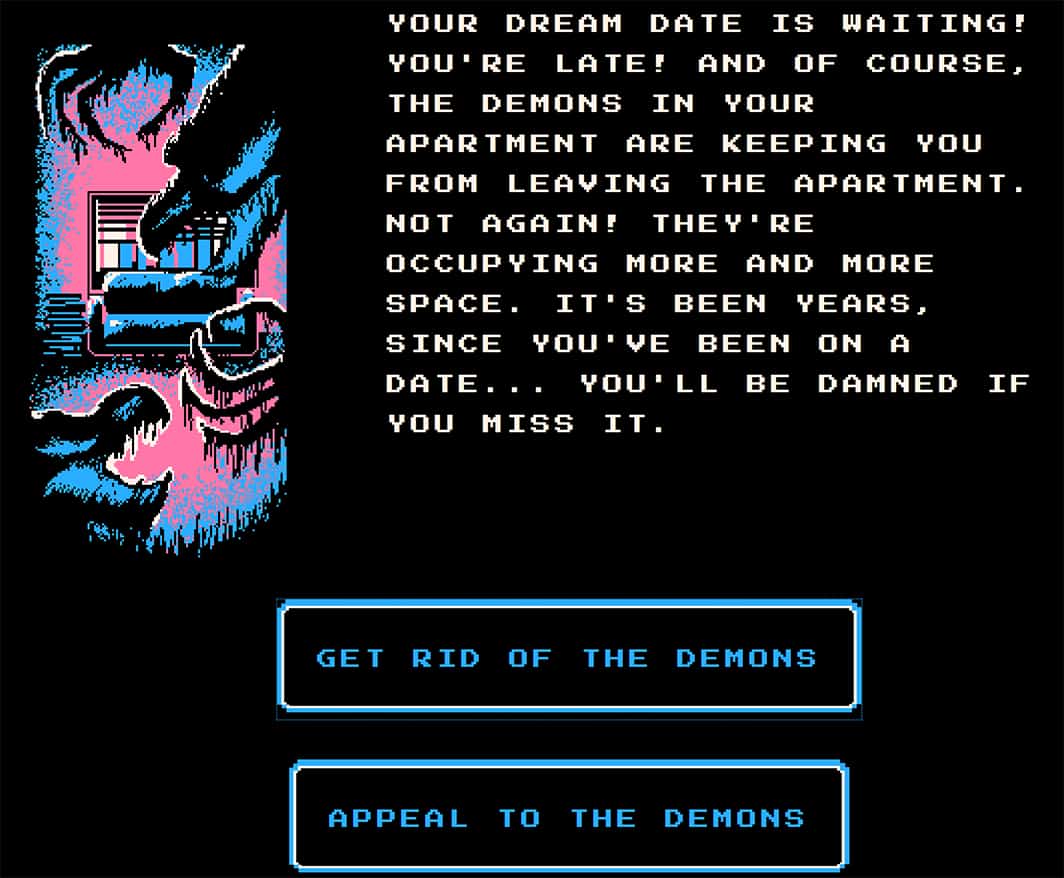 The transformation of everyday objects from mundane to monstrous is aided by Al‘s amazing art style. The world is depicted in shades of blue, pink, and white with scratchy black lines, shimmering slightly next to the blocky text. I particularly liked the couch monster, which was somehow cute despite its bulging eyes and gnashing teeth. Accompanied by intense synthesizer background music, (Do not forget to click the play audio button at the top of the screen.) the story is given an aura of ‘80s culture, just like the choose-your-own-adventure books that came before it.

A few parts of the interface could be tidied up to give Al greater ease of use. I took a little too long to realize that the objects I found could be used instead of path choices, for example, smashing a window open with a pipe rather than trying to pry it open. Putting the item icons next to the other choices might make the option a little clearer. A pop-up that says “Need help” will describe how to use items on mouseover, but the function did not work on mobile as I originally played it. The text from the crush does not display correctly on small screens, although the rest of the game ran beautifully. A handful of typos are also present — nothing that gets in the way of playing the game, but it could use tidying up.

I really enjoyed Al. I had to think creatively since I did not have access to my computer this week during my usual column turnaround time, but this simple-input browser game was far more than just finding something that would work on my phone. Al transported me back to a moment in my childhood, a long-forgotten memory of sitting in the library with fingers firmly wedged between the pages of important decisions. I find this style of story is still utterly charming in my 30s and hope that more of its kind continues to be made. For more in-browser goodness, developer Gabriel Cornish has other free games available on itch.io.

Next week we will be playing Lapso: NIMBO, a mysterious exploration game. The game can be downloaded from Steam. If you would like to share your thoughts, discussions will be happening in the Discord server.