You didn’t think we were done with Animazement, did you? We took so many cosplay photos at Animazement 2014 that today we have even more for you to check out. Consider it a public service.

Of course, in case you missed it, be sure and check out gallery 1 and and gallery 2.

Meanwhile, in today’s gallery, there’s a little of this, a little of that, and a hell of a lot of Kill la Kill and Pokemon. But to start, I think we can all agree it’s Kim Possible not to love this cosplay group. Get it?* 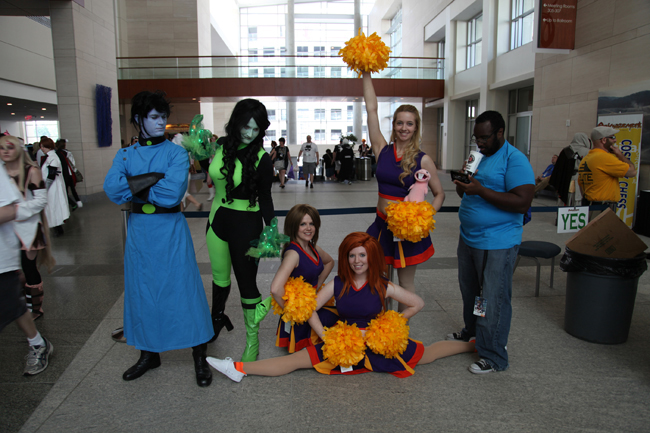 * no seriously, get it? Comedy gold, my friends. 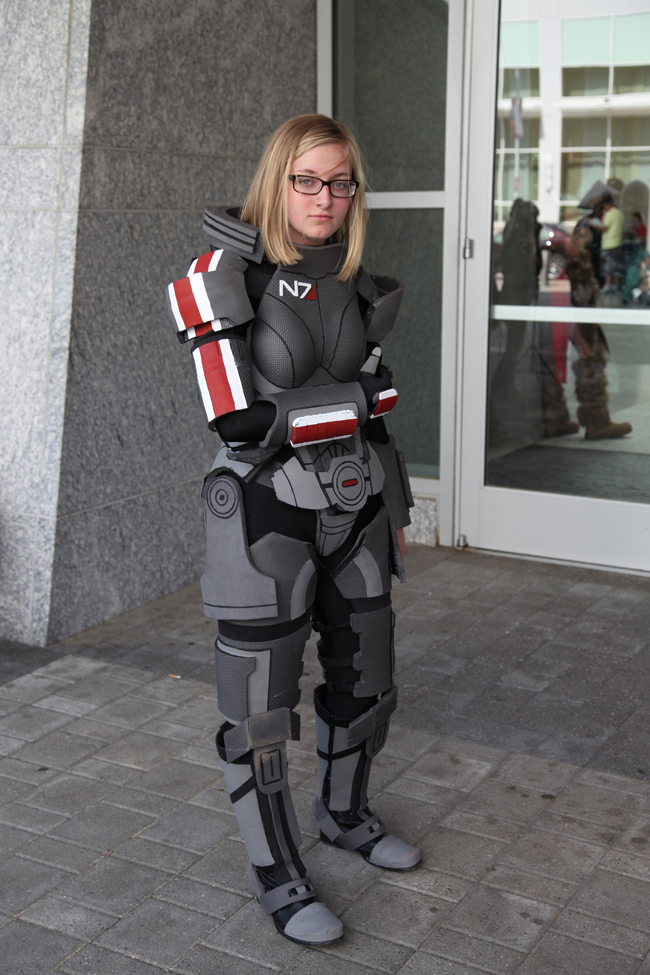 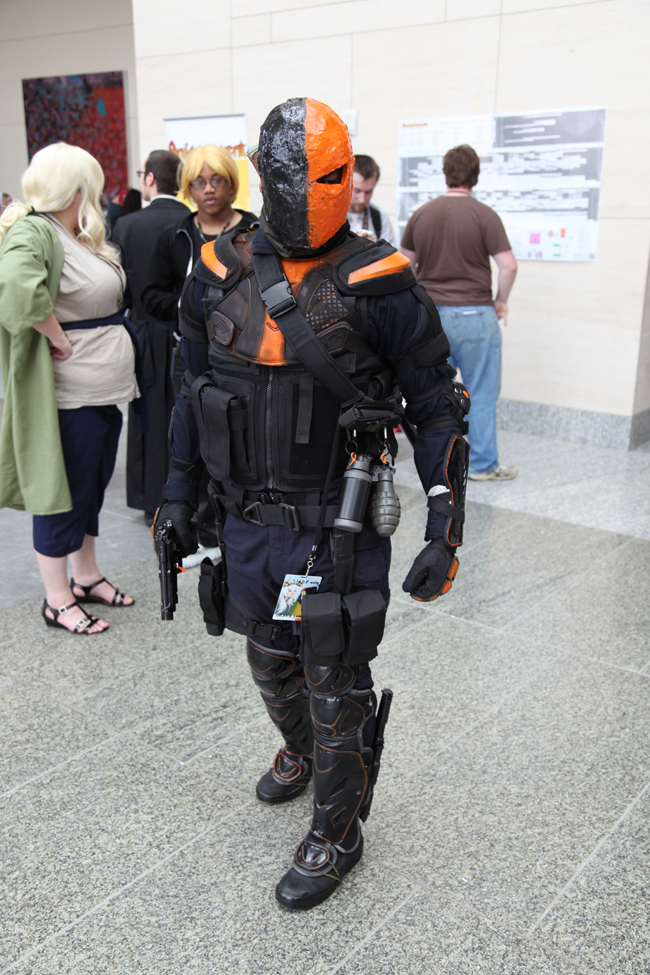 Deathstroke is looking for that blatant copycat Deadpool. GUNS AT DAWN. 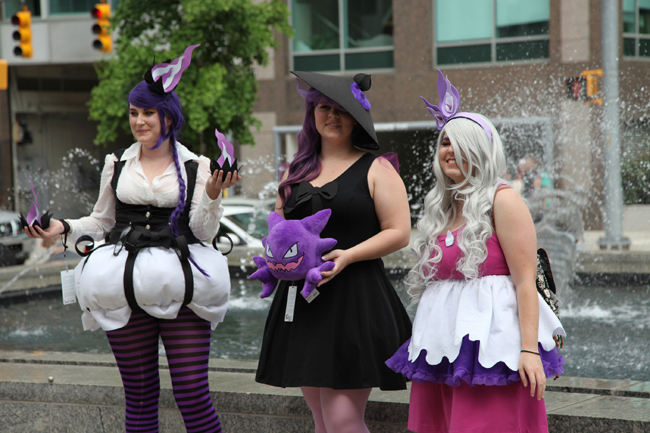 Some Ghost Type Pokemon for you today. 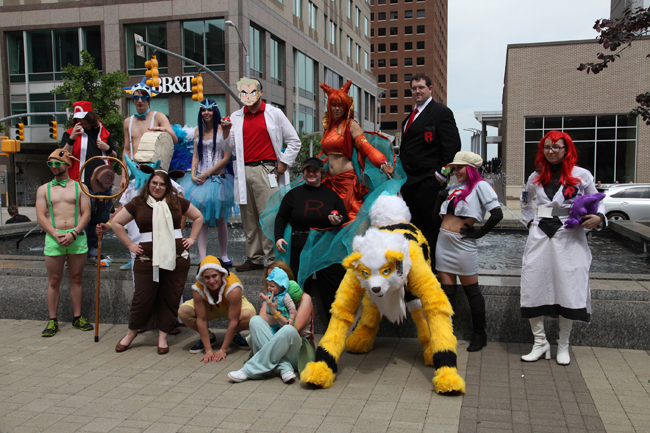 And here’s some Gen 1 Pokemon to fight back. 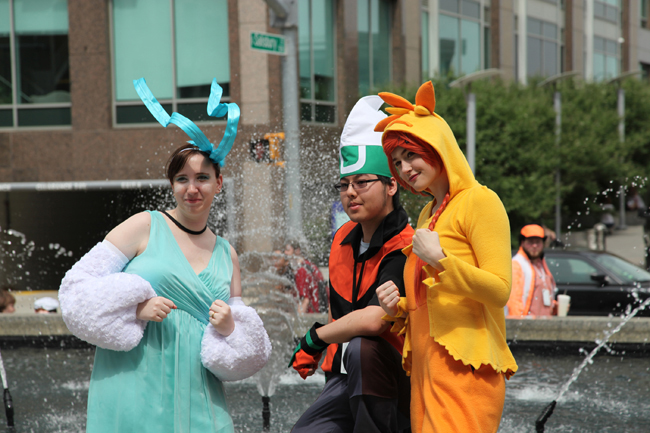 No clue who they are, but I’m impressed by how heavy their clothes are considering how hot it probably got. 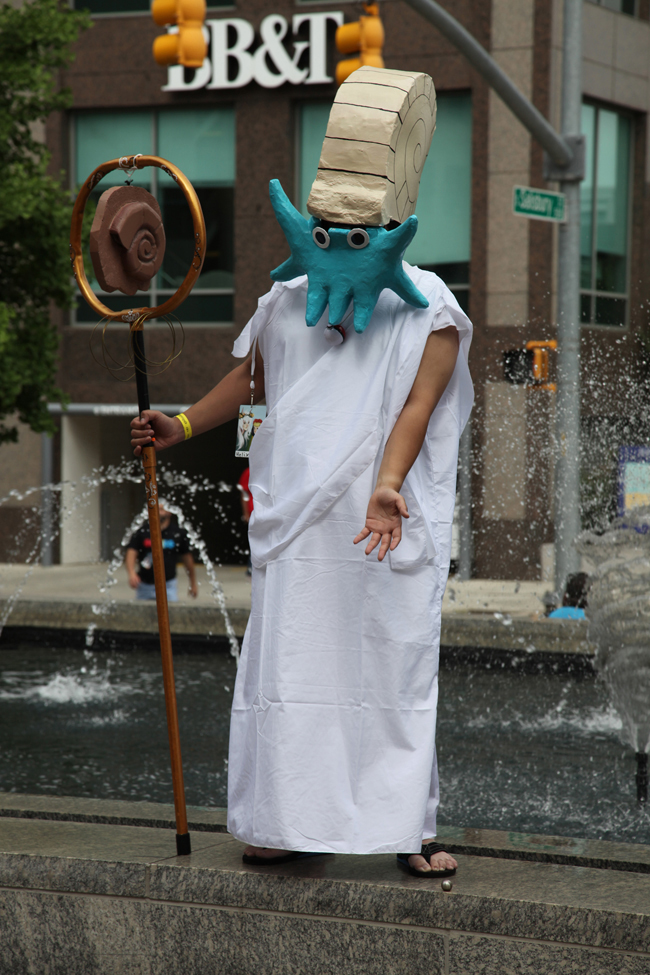 All praise our Lord and Master. Helix be his name. 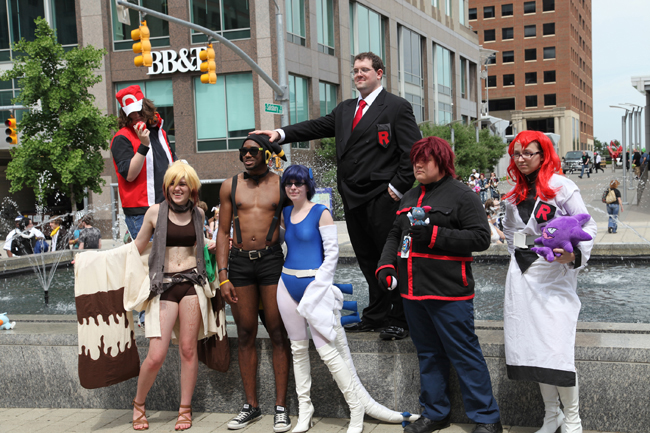 Apparently downtown Raleigh is the scene of an enormous factional Pokemon battle. 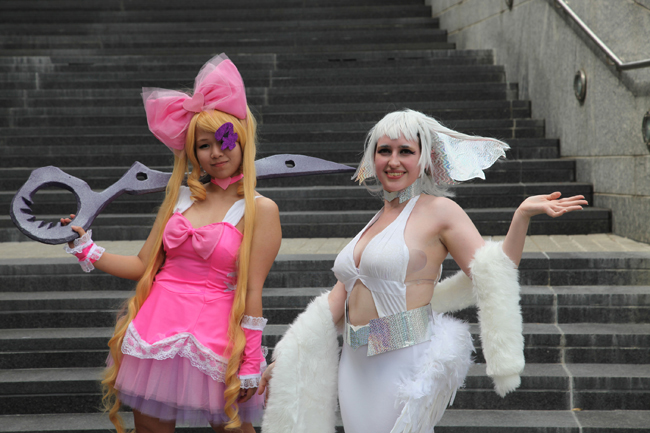 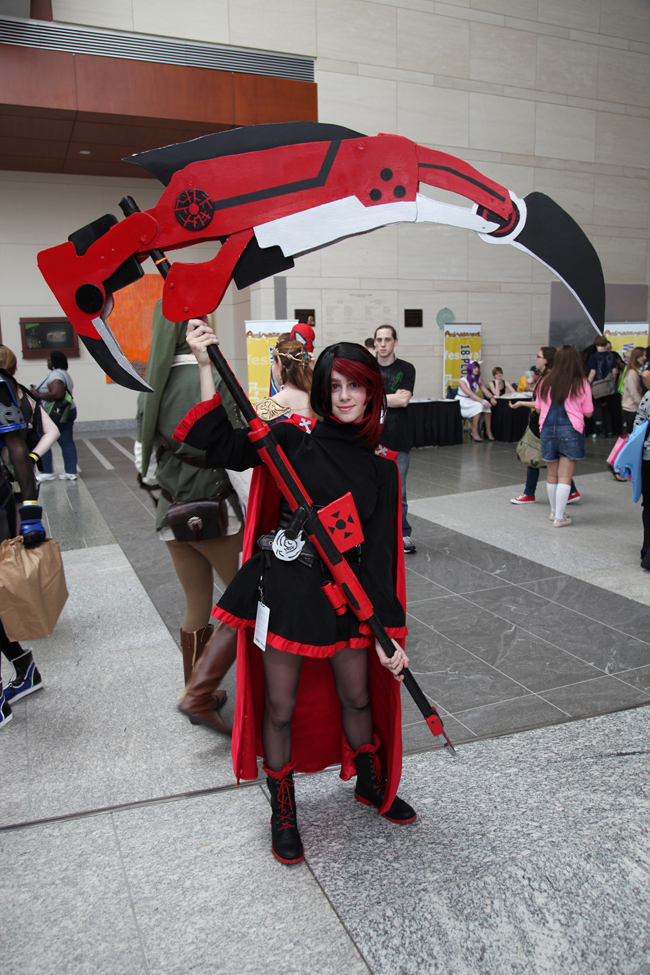 And here’s the most badassest Ruby Rose ever. 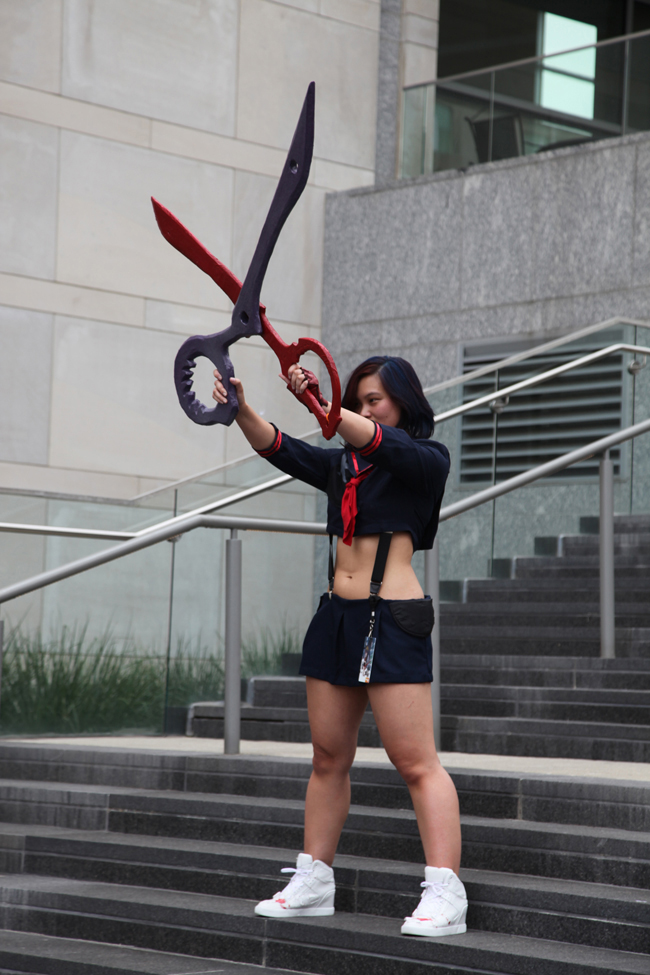 Ryuko Matoi brings it. ALL OF IT. Like it’s never been brung. 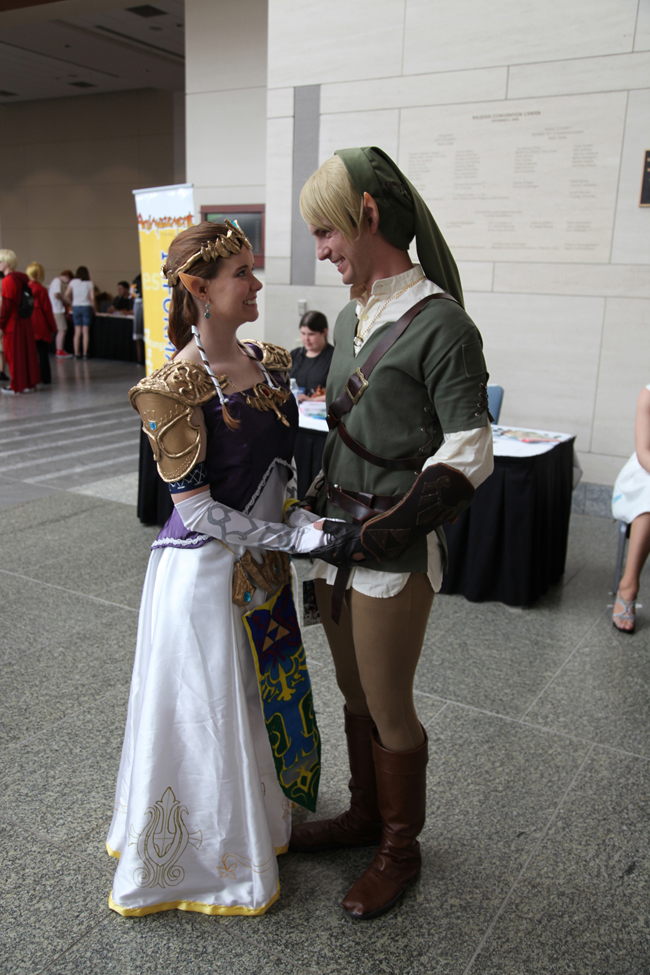 “Zelda, will you make me the happiest Hyrulian alive and marry me until the timeline gets reset again for the millionth time?” 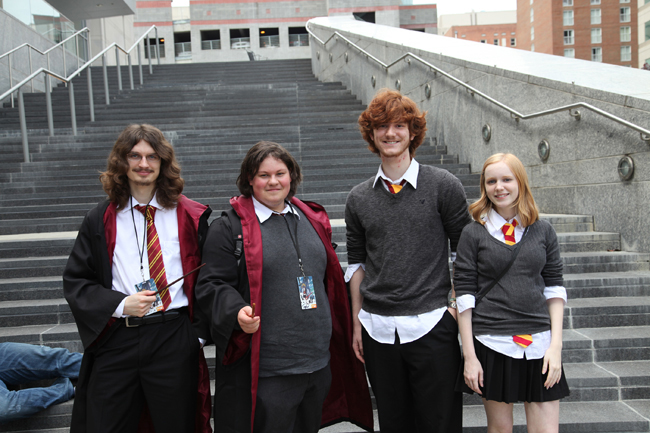 The Hogwarts class of 1979 has no idea how terrible things are about to get for everyone. 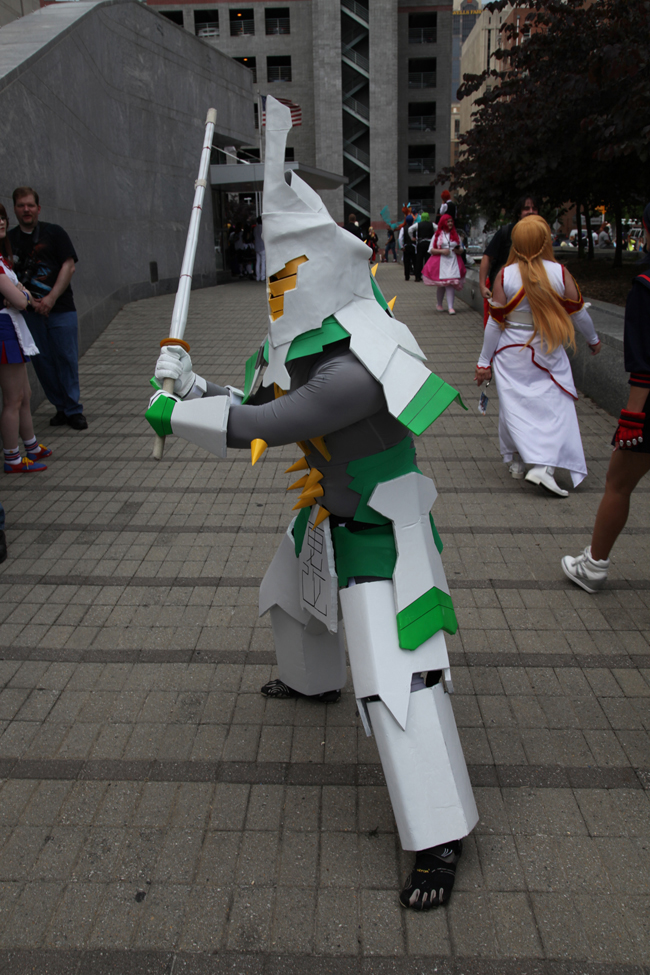 Uzu Sanageyama on the scene, looking for anyone with a sewing kit to help. 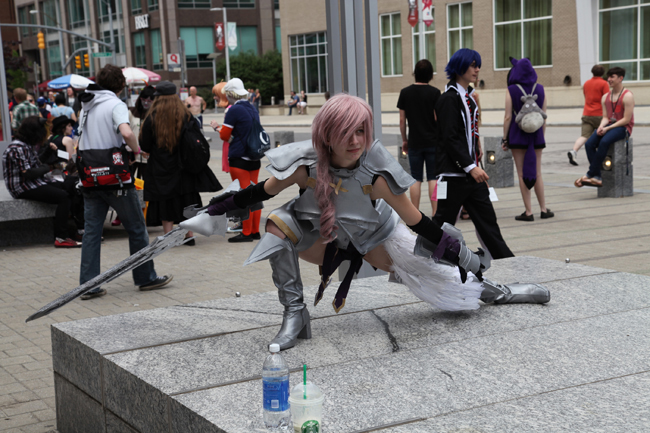 But I thought Lightning never returned twice in the same spot YES BEST JOKE EVER. 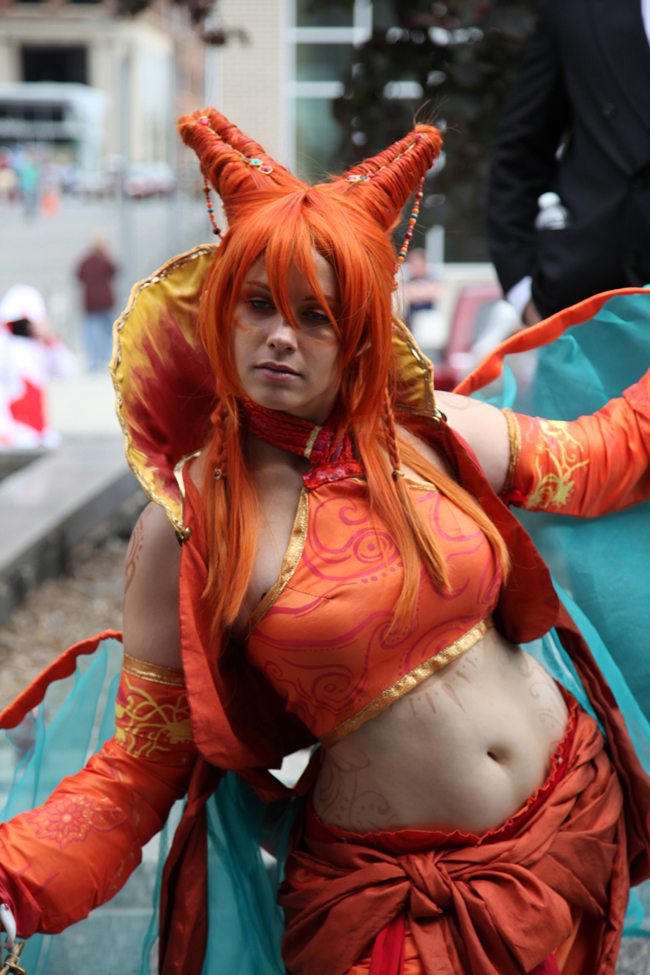 We believe this is Charmander. Anyone care to weigh in? 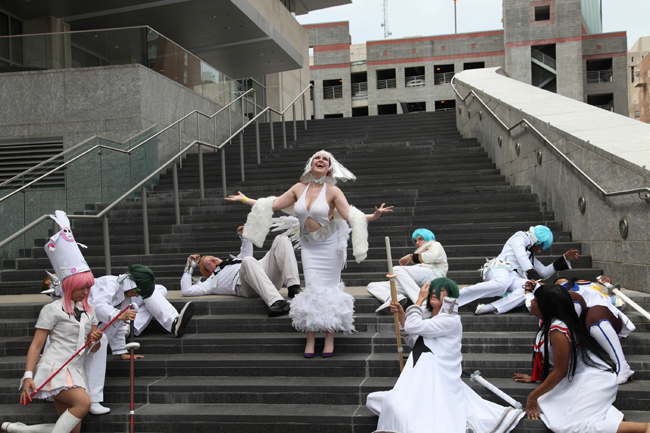 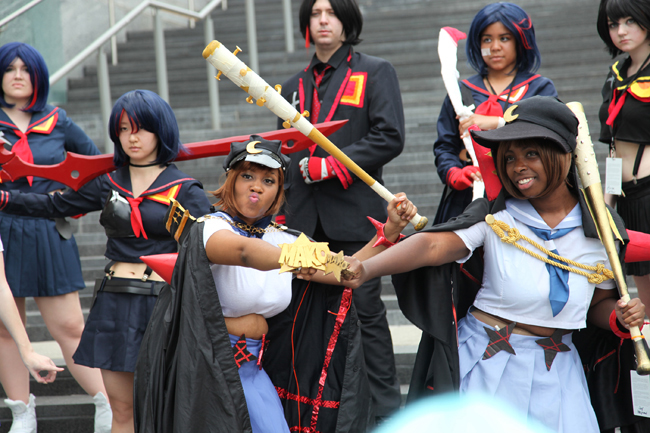 Even more Kill la Kill. It’s very difficult to argue there can ever be too much Kill la Kill, however. 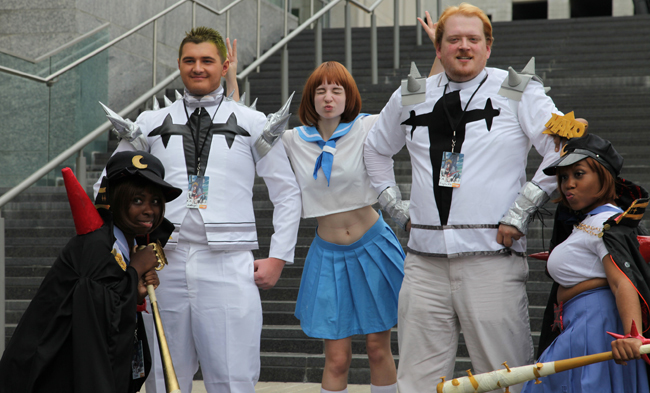 Because you (probably) demanded it, even more Kill la Kill. 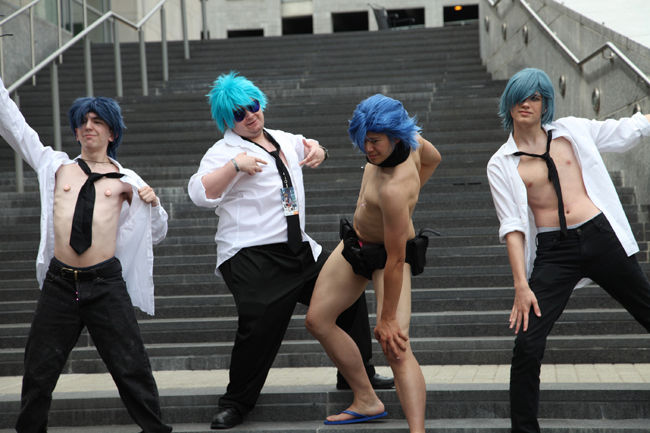 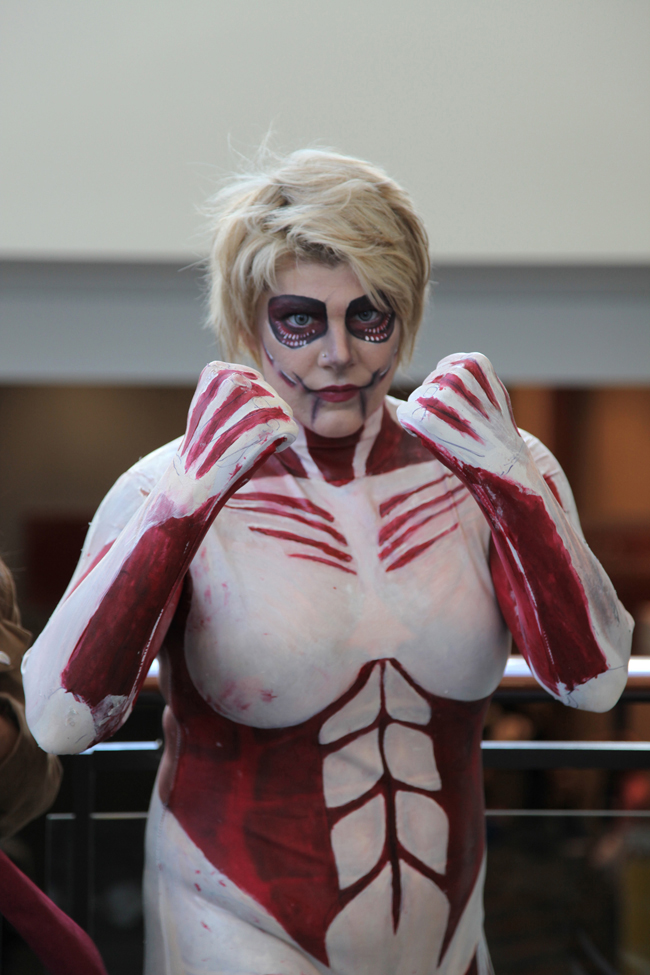 This Titan attacks on back. 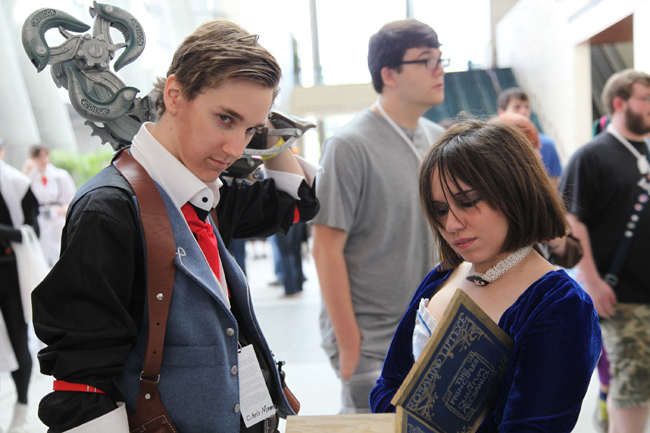 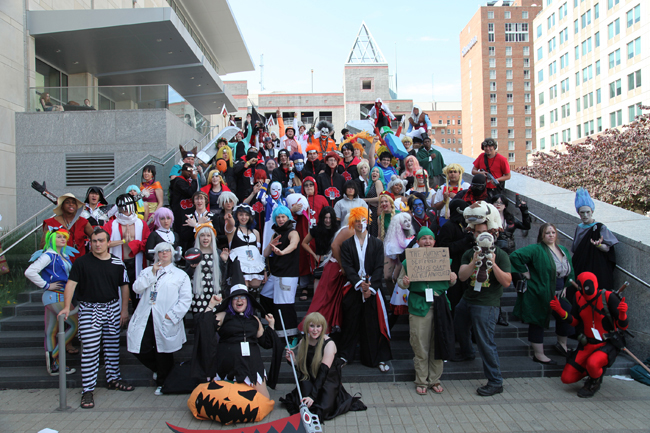 And last but not least, here’s a final group shot for you. Can you name everyone here?