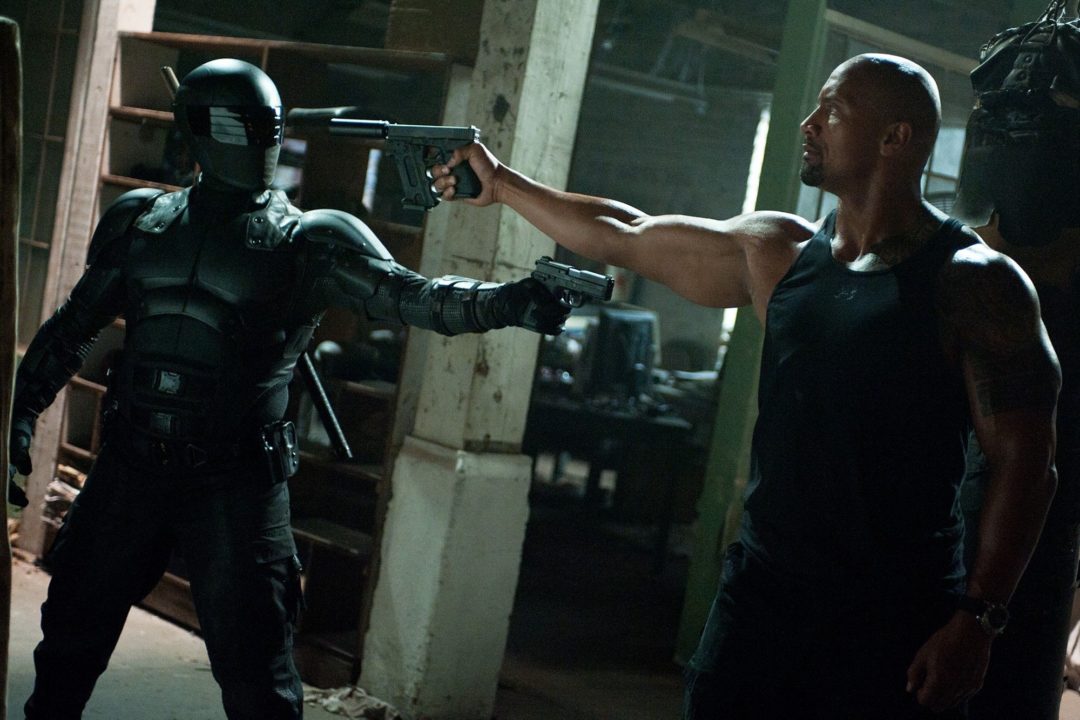 The G.I. Joe movie franchise has been dead in the water for a while now, but both Paramount and Hasbro believe they still have something on their hands. They are working on an ensemble spin-off film that will reportedly feature the character Chuckles as one piece of the team.

The film is the second “spin-off” in the works for the G.I. Joe films, which hasn’t seen a release since 2013’s G.I. Joe: Retaliation, as Paramount and Hasbro attempt to revitalize the franchise after years of stagnation. The first is a Snake-Eyes film that has been in development for years now but is set to release in 2020. This second movie will reportedly focus on a team of “Joes” as an ensemble action flick and is being written by Josh Appelbaum and Andre Nemec (Teenage Mutant Ninja Turtles movies, Mission: Impossible: Ghost Protocol). It’s still in early development, so aside from the inclusion of Chuckles in some role there are little other details.

For those unaware of Chuckles, as might be the case since Paramount is burrowing deeper and deeper in G.I. Joe lore, he came into the G.I. Joe universe in 1987 as both an action figure and character in the Marvel comic book. The character was a spy, specializing in undercover work to infiltrate whatever enemy was being tackled, and lover of Hawaiian shirts.

Maybe the film will be more of a spy thriller than the over-the-top action films that the previous two Joe films were. It makes sense for Paramount to get the ball rolling on the franchise on multiple fronts as it has been one of the more successful toys-to-film franchises to date, pulling in $678 million globally, and the long lull between films only means a loss in awareness and momentum for the public.