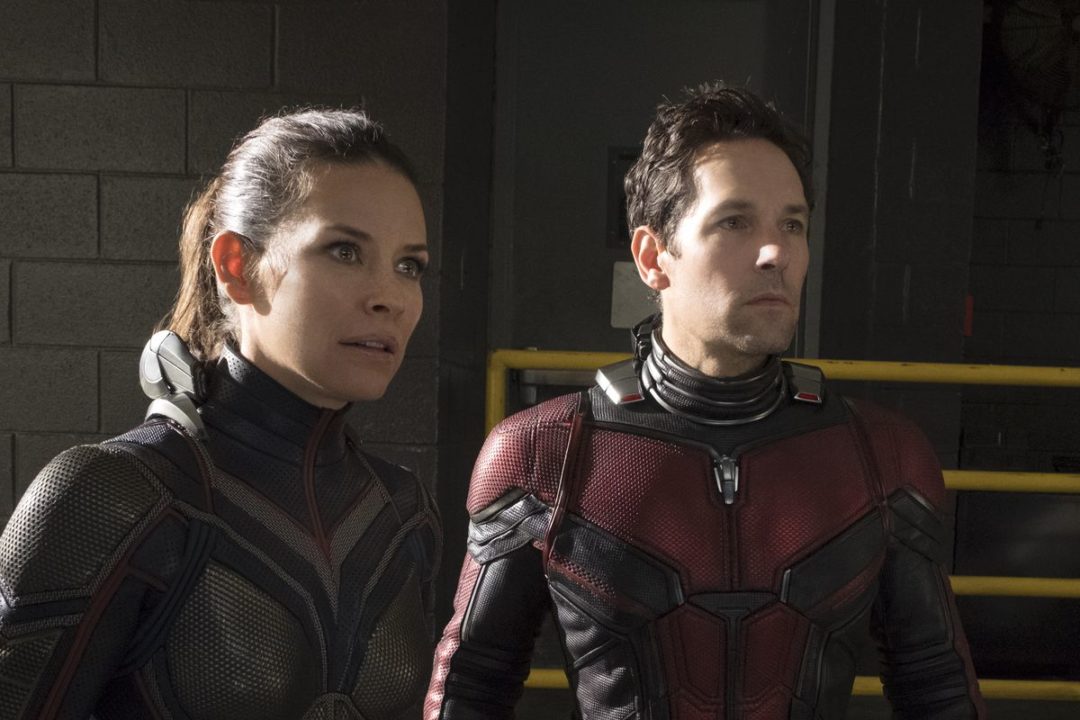 I wasn’t especially overwhelmed, or even impressed by Ant-Man and the Wasp when I saw it for the first time. I could barely remember it a month after watching. Next to 2018’s roster of ambitious, visually daring, logistically massive films, Ant-Man and the Wasp seemed unambitious, silly, and small. It didn’t have a sweeping political message like Black Panther. It didn’t tie up a bazillion narrative threads the like Avengers: Infinity War. It didn’t set new standards in superhero animated storytelling like Spider-Man: Into the Spider-Verse.  It didn’t even have the adolescent shock jock charge of Deadpool 2 or Venom. Ant-Man and the Wasp was just another superhero movie. It seemed designed to be overlooked.

But after rewatching it last week, the humility of Ant-Man and the Wasp has really grown on me. Giant stories are by their nature hard to wrap your head, or your heart, around. But Ant-Man and the Wasp‘s smaller-than-life stakes give its characters, and its plot, room to breathe.

Ant-Man and the Wasp isn’t about saving the entire universe; it’s about saving mom. Janet van Dyne (Michelle Pfeiffer), the original Wasp, disappeared on a secret mission in 1987 when she was forced to shrink to a subatomic scale to diffuse a missile. Her husband, Hank Pym (Michael Douglas), has just realized he might be able to rescue her after the events of Ant-Man where Scott Lang (Paul Rudd) shrank into the quantum realm and came back. So Hank and his daughter Hope (Evangeline Lilly) contact Scott, who is under house arrest for illicit use of the Ant-Man tech. The three of them try to bring Janet back. Their main antagonist is Ava Starr (Hannah John-Kamen), aka the supervillain ghost, who can walk through walls and is trying to steal Hank’s lab for herself.

The plot sounds a bit convoluted and overly finicky when you write it out. That’s in part because it isn’t based around a single world-shattering conflict. Infinity War, for all its monstrous size, can be boiled down to a one-sentence elevator pitch: “Thanos tries to kill half the people in the universe.” Instead, all of the characters in Ant-Man and the Wasp have their own goals and crises which loom large for them, even if they don’t seem that important to anyone else.

In one of the funniest gags of the film, the bad guys have Scott, Hope, and Hank tied up when Scott’s cell phone rings. It’s his daughter, Cassie (Abby Ryder Fortson), and who then texts him that it’s an emergency! He convinces the kidnappers to let him FaceTime with her, and she explains that she can’t find her soccer cleats, which she needs for a game the next day. Scott promises to find her cleats, and hangs up. Everybody stares at him while he mutters defensively, “It was an emergency!”

It’s not just Cassie who has an emergency. Scott is trying to get through three more days without letting the police know he’s violating house arrest so that he can spend more time with his daughter. Scott’s buddy Luis (Michael Peña) is trying to get the security consultation business he’s started with Scott off the ground. Ava wants to steal Hank’s equipment in order to stabilize her molecules and stop the phasing that causes her constant excruciating pain. Most supervillains have grandiose plans for wealth or world conquest or restoring ecological balance to the universe. Ava just wants to stop hurting.

Ava’s motivation might seem selfish; she’s willing to kidnap Scott’s child to end her own suffering. But Hank’s selfish too when he prioritizes rescuing Janet over helping Ava. And Scott’s selfish and thoughtless when he compromises the quest for Janet in order to try to save his business. Everybody’s own small tragedies, needs, and desires loom large for them, even if they look petty and insular to their neighbors.

In another movie, these differences in priorities might be the irreconcilable stuff of tragedy. But Ant-Man and the Wasp treats them with affection and humor. The movie’s special effects gleefully literalize the way that the world embiggens and emsmallens depending on your perspective. Buildings shrink to the size of carry-on luggage; Hello Kitty Pez dispensers balloon until they’re as big as tractor-trailers. Ant-Man grows to be 80-feet tall in one scene and is stuck at 3-feet high in another. Hank asks him if he wants a juice box and string cheese.

Best of all are the battles between Hope and Ava, which turn into glorious ballets of frustration. Hope shrinks and grows so she looks like she’s disappearing and reappearing like a spastic jack-in-the-box. Ava is insubstantial as mist, and more than half of the blows aimed at her never land. Every fight between the two of them is an exercise in missed connections — the hero and villain are in two different worlds that never quite meet.

As this suggests, the conflict of the film isn’t to defeat Ava. It’s to touch her. Everybody in the film is living in their own world, looking at their own small problems grown large. But the Scott, Hope, Hank, Janet, and their friends and family working together can bring everyone back to scale and into sync.

Heroism in Ant-Man and the Wasp isn’t about throwing your enemies in jail; it’s about bringing them back into your life. Scott was estranged from his wife during Ant-Man, but now he has a close, loving relationship with his daughter, his ex-wife, and his ex-wife’s new husband, who is constantly squeezing everyone together in big, enthusiastic group hugs. Similarly, the after-credits scene shows Janet, Hope, Scott, and Hank undertaking a dangerous mission into the quantum realm to get more medicine for Ava, who has gone from antagonist to something like family. Even the hard-ass FBI guy in charge of Scott’s incarceration is treated as a potential friend; he almost asks Scott to dinner at the end of the movie, though he’s just a little too awkward to manage it.

Ant-Man and the Wasp isn’t just a movie with low stakes. It’s a movie about how the inflated bombast of superhero films limits the stories you can tell and keeps you from seeing the supposedly smaller narratives creeping about like friendly ants. When you have one giant conflict to resolve, the only options are victory or defeat and morality tends to be limited to good or evil. At sub-galactic size, though, there’s more space for different folks to co-exist; you can even get multiple heroes into the title. The moral of Ant-Man and the Wasp is that if you have the right tech, you can get more love and more justice into a mustard seed than exist in the whole universe. Tiny heroes can have bigger hearts.