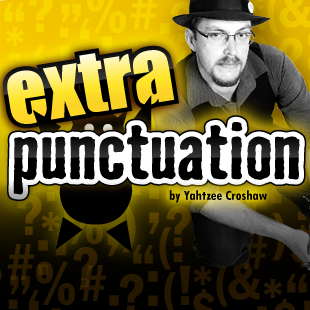 I ask, because there have been rather a lot of games I’ve reviewed lately that, while playing, I felt I needed to accompany with some kind of external stimulation. Not the kind you’re thinking of, you dirty bugger. Normally I turn the volume of the game audio down low (but not inaudible) and stick a podcast on. For preference I’m quite fond of the old BBC 6Music ones with Adam & Joe or Russell Howard & Jon Richardson. If I can run the game windowed I’ll often have a nice talky Youtube video going in another window. I feel like I need to do this when I start getting bored and restless with the game by itself.

You might think this should be interpreted as an indictment of the game I’m trying to play, if it can’t keep my interest alive. And it’s true that this is something I did while playing The Division and The Witness because they were boring the shit out of me and it was the only way I could get myself to keep going (although in both cases it ultimately didn’t help). But I also did it with Salt & Sanctuary, a game I somewhat liked. Also with Stardew Valley. In my free, end-of-work-day unwinding time I do it while playing the games I’m playing for my own enjoyment, which are of course exclusively games I like. Most recently I’ve been replaying XCOM, Symphony of the Night and Strider with the sound down and a Youtube video adjoined.

If it’s an indictment of the games then it’s also an indictment of the podcast/video, since I also can’t focus on those by themselves. I quickly find myself groping with something for my hands to fiddle with, and a game controller suits that purpose just fine. But the two simultaneous forms of stimulation I have running aren’t being focused on with the same parts of the brain. I can’t pay attention to the dialogue or story in the game because that part of me is occupied with interpreting the voices in the other thing.

Sometimes I feel bad about doing this. Not for when I’m playing in my spare time, I’ve played all those games before and aren’t going to miss anything. When I’m doing it while playing a new game, I worry that I’m not giving it a fair enough shake. I hasten to add at this point that of course I turned down the external audio during The Division when a cutscene was going on, and I wouldn’t do any simultaneous podcasting in a game that relied heavily on its story. I wouldn’t do it with Spec Ops The Line, and I didn’t do it with Layers of Fear. Layers was trying to get by on atmosphere and sound is such an important part of that that it wouldn’t have been fair to drown it out.

I also didn’t do it with Far Cry Primal because while stealthing through the wilderness it’s pretty important to be able to hear the things around you without British comedy DJs jabbering all over the soundscape. Really, listening to something else is only what I do when the gameplay has turned mindless. That’s probably the best way of summing it up. In my unwinding time I’m just looking for something to keep my hands occupied, so I map out Dracula’s castle and slit up all his mates in Symphony of the Night, skipping all the cutscenes because the awful voice acting was only really funny the first time.

I didn’t turn the radio on straight away when I started The Division, only some ways in when I realised the action had turned mindless

So maybe it is an indictment after all. I didn’t turn the radio on straight away when I started The Division, only some ways in when I realised the action had turned mindless, and had decided that the occasional explanatory dialogue line from a hilarious section commander was an acceptable sacrifice if it meant I could get through an afternoon of samey shootouts without biting my own lips off. But then there’s Salt & Sanctuary again. I came out still somewhat liking it but I did have to put the radio on to keep me going as far as that point.

I find myself grappling with a little paradox. So The Division was bad because I needed to put the radio on to distract me from it. But Salt & Sanctuary was okay after I used the radio to help me stay focused on it. Was it unfair of me to augment the two experiences with additional audio unintended by the original creators? Surely, when you think about it, this is like modding a nude patch into a game and then giving it a lower/higher rating because you hate/love titties.

This is veering on a broader philosophical debate on the nature of an artwork and what, if any, duty the audience has towards it. Or at least, at what point is the audience entitled to criticise a work if they don’t experience it in the intended way. A game’s supposed to be a complete package, how can I say the gameplay left me bored when I might not have been in the ideal mental state that the audioscape was intended to put me in?

To take an extreme example, The Witness has no music at all, that’s why I had to listen to something else. But that silence was, in this case, part of the intended experience. It was probably supposed to create a sense of isolation and oppression. Am I entitled to say I didn’t like The Witness after having not played it as intended?

A conversation for the comments, perhaps. What obligation should be expected of the viewer when they pledge to ‘play’ a game? Where exactly lies the divide between playing a game ‘properly’ and not doing so? Where does the vision of the creator have to give way to what the viewer requires to be engaged? And does anyone else like simultaneously gaming and doing something else? I ask ‘cos I’m running out of new podcasts.