Developed and published by Koei Tecmo. Released on February 9, 2016. Available on PlayStation 4 (reviewed), PlayStation 3, Xbox One, and PC. Review copy provided by publisher.

Arslan: The Warriors of Legend follows the plot of the eponymously titled anime The Heroic Legend of Arslan, a revival of a series of novels, manga, and OVAs. To go alongside the newest anime adaptation, Koei Tecmo released The Warriors of Legend, which recounts several battles from the show on a massive scale. Players take control of various heroes with the power to hack and slash through tens, if not hundreds of enemies with every swing of their weapons. 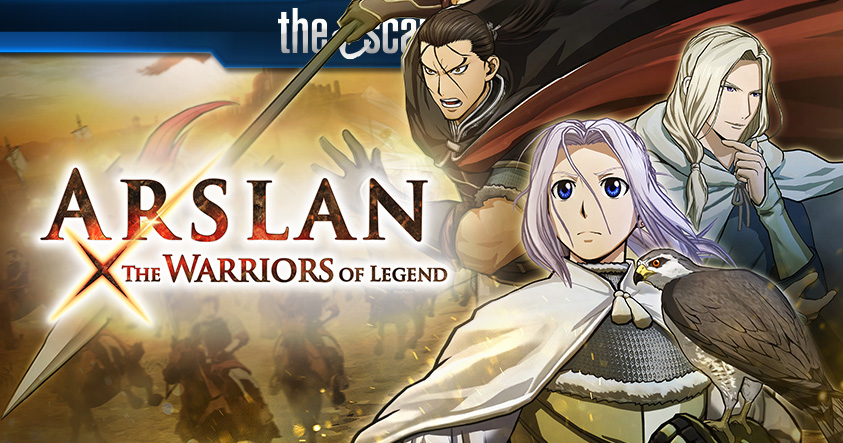 The game follows the adventures of the young prince Arslan and his warrior companions. After a battle during which Arslan is separated from his father, the prince must make his way back to the capital city in one piece, making new alliances along the way. The plot is fairly simple, with the “twists” even being predictable. None of the characters were particularly interesting, nor did they have much depth. However, the simple medieval plotting fit the genre very well, and even if it did quickly become cliche, it provided a decent background for the main element of the game: hacking and slashing.

The gameplay is fairly simple. Heroes have light and heavy normal attacks, light and heavy special attacks, and jump and block buttons, which they must string together in order to unleash combos on their foes. If players have ever played any Dynasty Warriors game, they will feel instantly at home. The game begins in the midst of a large battle and gives the player little instruction on what they must do. After struggling through this prologue with a poor ranking, I discovered that there is a tutorial level after the prologue. While not the biggest issue, it was still a frustrating experience that could have been easily remedied by switching their order. 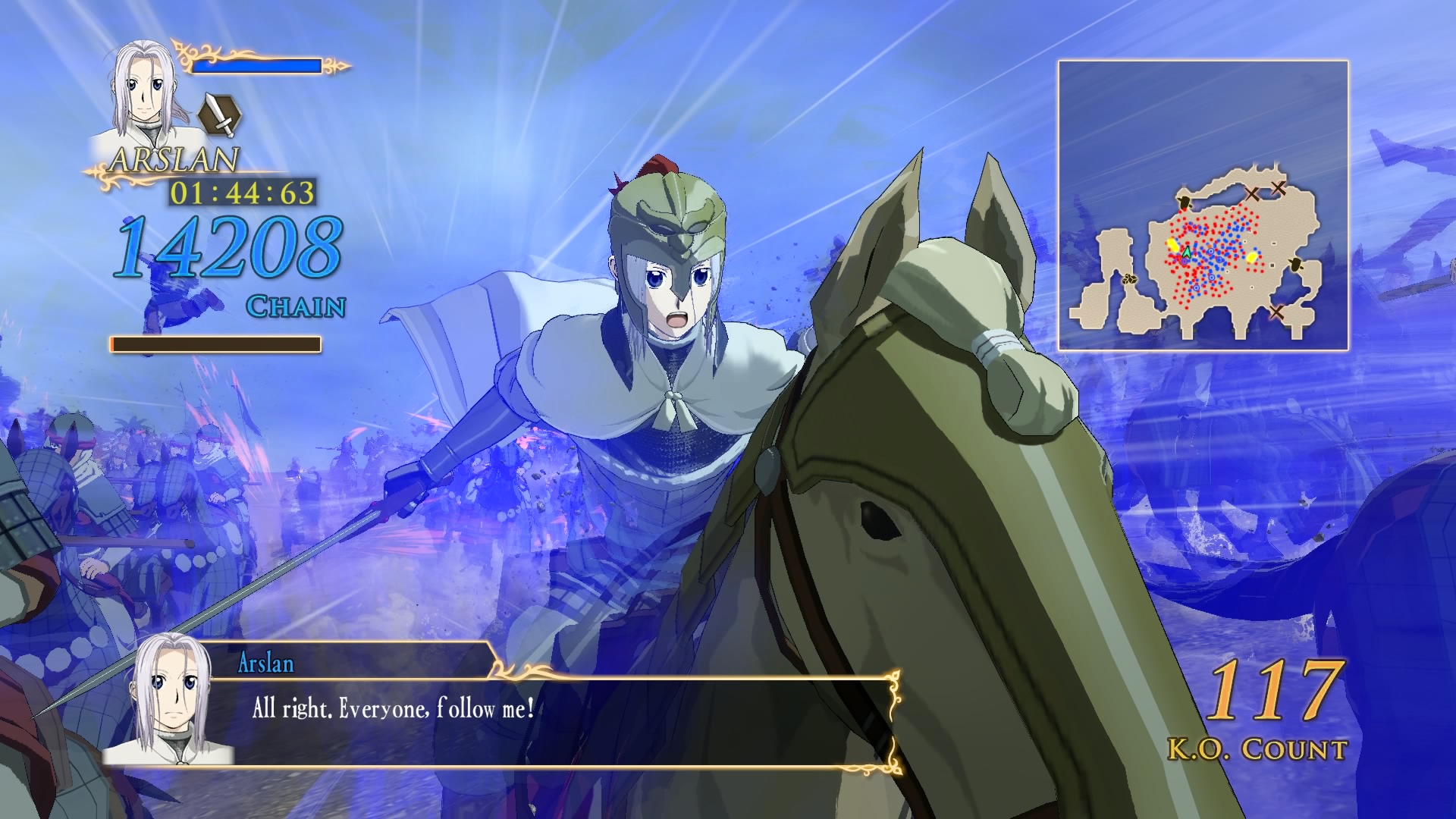 In many levels, players also have the ability to ride horseback through the leagues of enemies, even being able to lead a charge through an opposing army. Levels and their objectives often felt repetitive and dull, but I was sucked back in any time a charge was available as running through thousands of enemies never stopped being fun. While these charges were a nice touch, they were rare enough to keep their novelty throughout the game.

During missions there are also boss encounters, which are hands down the most frustrating element in the game. Most of these encounters are with regular enemies, but with a recovering shield that must first be depleted before any damage to their health can be made. Most of these bosses are simple enough to defeat, but special bosses, mostly main characters from the show, proved to be more formidable.

I did have one huge issue with these bosses though, which is that they are indistinguishable from the soldiers that surround them. The bosses, generals, and gatekeepers have text above their heads, but the text is small and the soldiers are so close that the text is often jumbled with five other warriors. On top of this, the special types are nearly indistinguishable from their soldiers, meaning that you often have your combos stopped halfway through by a rogue boss whose only unique feature is a special health bar located (ambiguously) at the top of the screen. The lack of originality in the bosses also left me disinterested after a while, as every enemy and every environment felt the same. This led to a very monotonous pace that rarely stopped for players to approach the game more strategically. 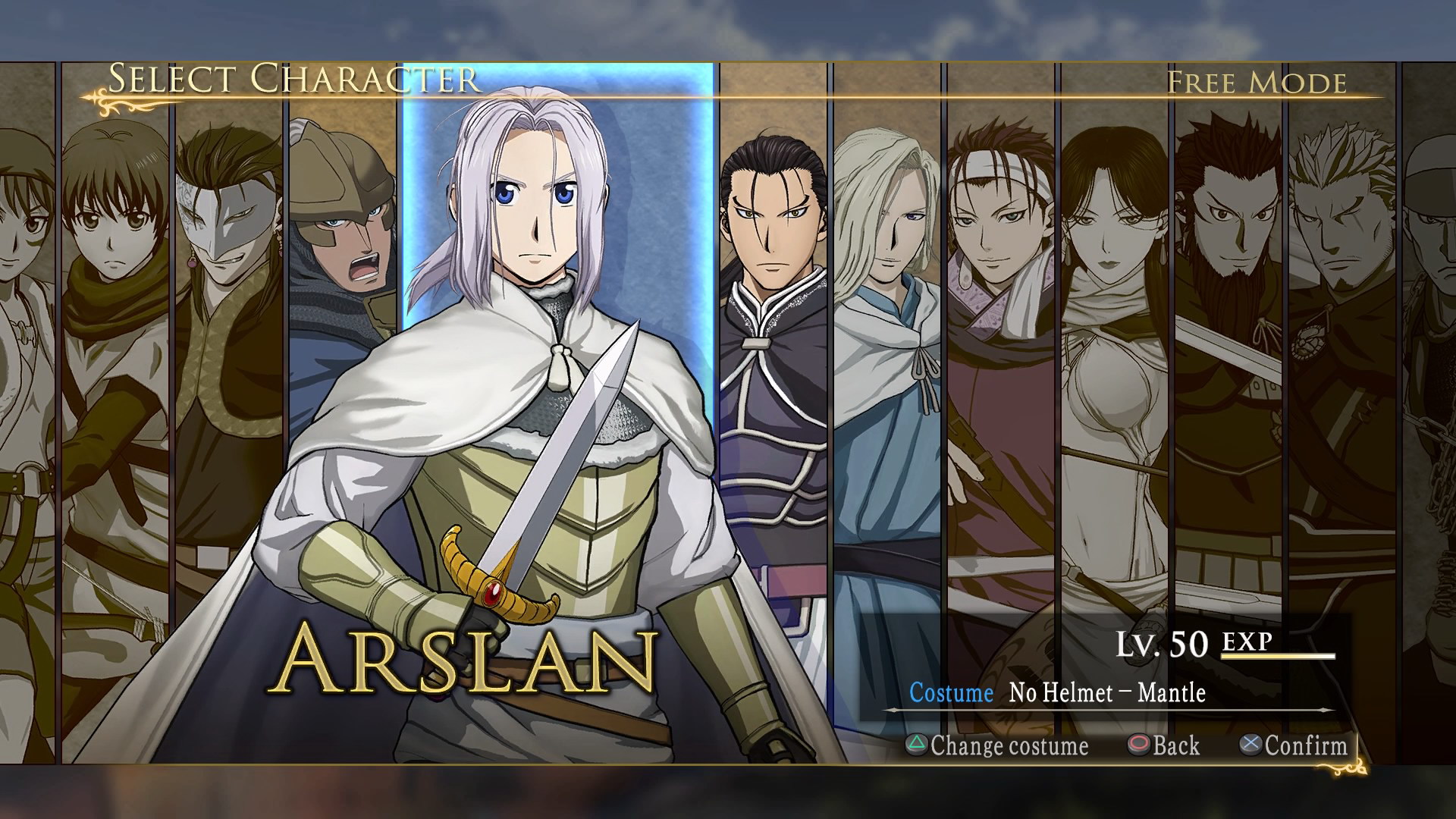 Speaking of pace, this game only operates at one level: fast. Players are constantly moving through environments with ambiguous directions on what to do. There is a mini-map and checklist on the right of the screen, but the map is so small that it is nearly impossible to tell where I am on it and the directions are often so vague (“Assist Arslan”), that I rarely knew what I was actually supposed to be accomplishing. Instead, I would aimlessly hack and slash through the enemies for twenty minutes before the barely-labeled gatekeeper, or general, was killed.

This is not to say that the game is not enjoyable. It was actually very fun in small doses. The artwork and voice acting is ripped straight from the anime, which lends to a feeling of continuity I rarely feel in games. The main artist is from none other than Hiromu Arakawa, creator of the Fullmetal Alchemist series. The character designs match the show to a T, but the only detail is in the characters themselves. The environments are bland, generic venues that never caught my eye during my time with the game. While I did feel epic playing as these heroes, the lack of interesting environments really made the game feel like something from the PS2, rather than a game on the PS4.

The inclusion of the Japanese voice actors is a nice touch, but with the fast pace of the gameplay, I missed most dialogue while playing, as I did not have time to stop paying attention to my combos long enough to read the characters’ endless monologues. Luckily, the cutscenes filled in a lot of those gaps for me, which were comprised of 2D stills and dialogue. The only problem with this, once again, is pacing. The game is fast paced, but it then slows down to a crawl for ten-fifteen minute cutscenes, which are filled with unnecessary banter and over explanations. Soon, I began skipping this scenes out of boredom, but I was still able to keep up with the fairly simple plot.

The game does feature an online mode in which cooperative play is available for both story mode and free mode levels. However, I was not able to connect with any players to test online play.

Overall, Arslan: The Warriors of Legend does its job of retelling the anime and providing a functional hack and slash experience. However, the lack of diversity, bland scenery, and Japanese-only audio made it difficult to stay interested, especially after two or three missions. While the game certainly holds true to its source text, it does little to set itself apart from other titles similar to it. That’s not to say that it’s a bad game, it’s just not a particularly innovative or interesting one.

Bottom Line: Arslan: The Warriors of Legend does nothing new, but it looks good and plays well. The story is run of the mill, but is nice if you’re a fan of swords, sorcery, and royalty.

Recommendation: If you’re a fan of Arslan, or really into Dynasty Warriors, this is the game for you.