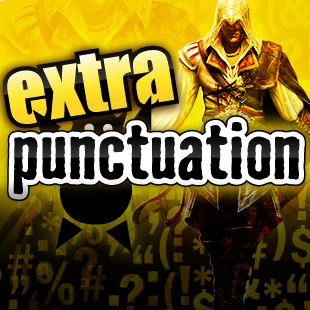 A while back, in my Extra Punctuation that followed the Assassin’s Creed Syndicate ZP, I put forward a suggestion that maybe Assassin’s Creed, as a series, should consider sticking its fingers down its throat and having a big old purge of all the bullshit it’s accumulated over the years. Basically get rid of everything that isn’t assassination related and start again. City and base management, out the window. Collectathons, fuck right off. Let’s strip it back down to nice straightforward stealth-climbing-stabbing and try to figure out where it got fucked up.

But you know what, that’s sort of what Assassin’s Creed Chronicles does, isn’t it. Brings it back down to just a linear stabbing and exploring game. And it’s not very good. So perhaps my advice was a little hasty. Yeah, the failing was more in the execution than the concept, but let’s face it – triple-A developers don’t know how to dig up anymore. The most they can do is dig sideways and overbloat their committee-designed pulp in a subtly different way.

The rumour that Ubisoft is putting AC to sleep for 2016 is one I read about on PC Gamer, so if it proves to be wrong, be sure to spread the blame around appropriately. The other rumour is that the 2017 Assassin’s Creed will be set in Ancient Egypt. Which of course tells us bugger all about the gameplay or anything else. To focus on the historical setting, or speculate on what a good historical setting would be, is, perhaps, to fall into a trap. Once you start talking about what historical periods ‘could be interesting’, that’s when the game becomes more about the historical setting than anything else.

That’s how you end up with the unfortunate “history program on kids’ TV” feel that most of the games have, now. You end up with the Assassin’s Creed 3 thing where every major event in the American War of Independence has to be depicted, and the main character has to in some way have a pivotal role. It’s laughable, frankly. It makes the historical setting feel unreal and tacky, lacking in nuance. And the more well-known the period of history, the more this effect seems to increase. I’m thinking specifically of the bit at the end of AC: Syndicate where Queen Victoria shows up and inexplicably decides to knight the three main heroes, none of whom she has ever met before.

The trouble with letting the history drive the plot is that everyone already knows how history turns out.

See, Assassin’s Creed 1 was set in the Third Crusade, but they didn’t take it so far as to show the actions of the player or any of the main characters being pivotal to the major events of the Third Crusade, it just provided a setting. You were a small piece in a huge, chaotic time, occasionally brushing up against the edges of major history but mostly taking care of your own business. I wouldn’t go as far to say that Assassin’s Creed 2 started fucking things up by putting more emphasis on the setting and the famous historical figures, because the life and times of Ezio and his personal struggles were still centralised.

No, I’m still pretty sure Assassin’s Creed 3 was the major point of downturn. The history was playing too large a role in the plot, rather than just providing a setting. And the trouble with letting the history drive the plot is that everyone already knows how history turns out. I’m pretty sure the Americans are going to win their struggle for independence, not a whole lot of suspense there. It’s hard to explain, but the history in 3 somehow felt simultaneously token and overdone.

The point is, let’s not worry too much about the historical setting because it doesn’t matter for shit if the characters are just the same archetypes as always reacting to predetermined events, if their personal struggles aren’t interesting, or if the gameplay isn’t fun. I think they should throw us a curveball. Set it somewhere entirely at random, like, 17th century Norway, so we’ve got nothing to distract us from the core characters and their struggles to assassinate the Templar officials who have commandeered all the pickled herring. 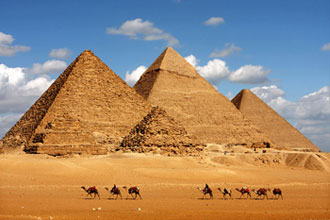 Having said that, the new one being set in Ancient Egypt seems like a drastic enough move to get us far away from the shit pit the series is currently in. An ancient setting would necessitate a total overhaul of the tech the games have accumulated thus far (Although, thinking about it, Far Cry is moving into an ancient history setting as well; maybe Ubisoft are hoping to save money on the asset building). Also, while Ancient Egypt isn’t exactly an obscure historical period, it’s not big on well-known specific historical events or historical figures. Not many that were all alive at the same time, anyway. Fun fact: Cleopatra’s birth is closer in history to the present day than it is to the building of the Great Pyramids of Giza.

Well, here I go again putting on my armchair game publisher hat, trying to tell Ubisoft how to live their lives. It’s probably as futile as always since I’m trying to suggest ways to make a game good from a critical perspective, whereas Ubisoft’s main concern is making enough money to still exist two years from now. PC Gamer also reported – although this comes from an anonymous source, apparently, so take it as such – that they’re pushing the next one back a year so that they can rework it to be a bit more Witcher-like.

And that kinda takes the wind out of my sails, if I’m honest. I mean, I could stand here all day talking about what might be interesting things for a dying franchise to try, but it’s all futile if the attitude driving the series is about making changes in order to chase a trend rather than because they think it might be interesting or creatively fulfilling. You hitch your wagon to that star, Ubisoft. But don’t come crying to me if you melt your headlights.