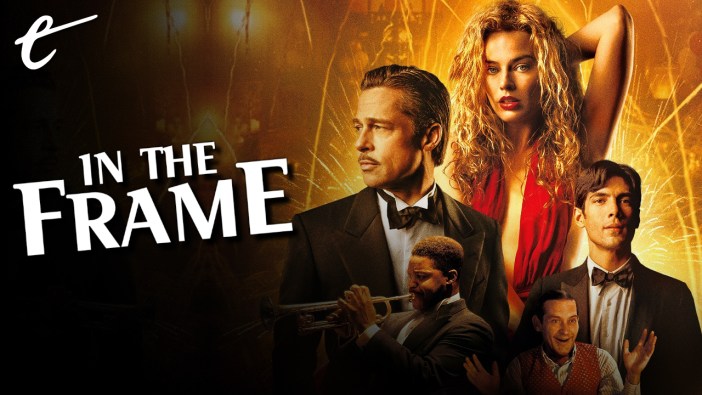 This article contains spoilers for Babylon from director Damien Chazelle and Once Upon a Time in Hollywood from director Quentin Tarantino.

Towards the end of Damien Chazelle’s Babylon, Manny Torres (Diego Calva) returns to Los Angeles in 1952. This is his first visit to the city in two decades. Manny worked in the industry for years and helped to shape Hollywood through his association with actors like Jack Conrad (Brad Pitt) and Nellie LaRoy (Margot Robbie) or musicians like Sidney Palmer (Jovan Adepo). With time to kill, and perhaps feeling a little nostalgic, he visits the local cinema to see a new release: Singin’ in the Rain.

Singin’ in the Rain is one of the most iconic and beloved movie musicals of all time. It is set during the industry’s rocky transition from silent films to talk and offers a charming account of the tumult rippling through Hollywood. It is frequently read as a metaphor for a set of anxieties that were decidedly more contemporary to the film’s release, capturing the industry’s uncertainty as television began to challenge cinema’s cultural dominance. The same fears, but in a different era.

In some ways, the ending of Babylon mirrors the ending of Chazelle’s La La Land, another movie about the director’s relationship with Hollywood and Hollywood’s relationship with its own history. Indeed, Justin Hurwitz’s score quotes liberally from motifs used in La La Land. At the end of La Land, lovers Mia (Emma Stone) and Sebastian (Ryan Gosling) separate. Years later, Mia stumbles into a jazz club by accident and watches her old lover play. It’s a fleeting reunion. Here, if Manny is Mia, then Sebastian is cinema. 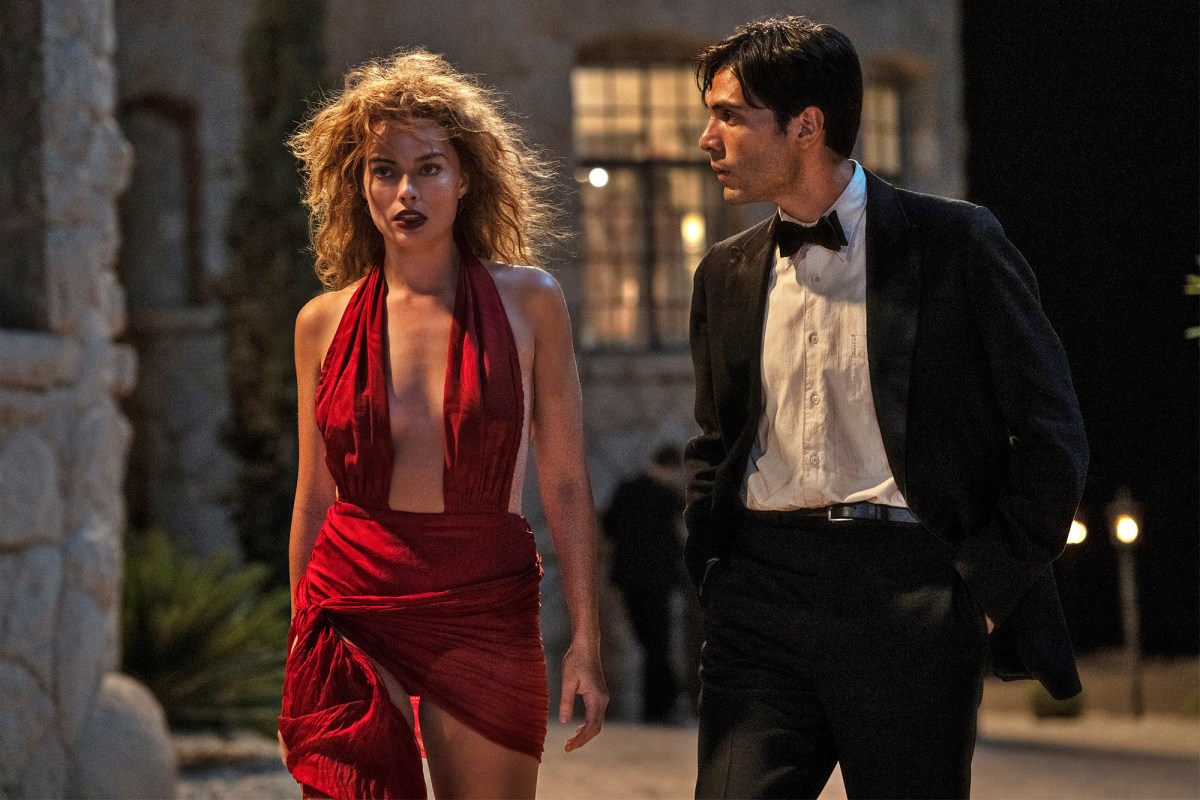 Karl Marx famously quipped that philosopher Georg Wilhelm Friedrich Hegel omitted one key detail from his observation that history repeats, which was the nature of that repetition: “the first time as tragedy, the second time as farce.” Singin’ in the Rain takes these real and personal tragedies and reduces them to farce for the consumption of an eager audience. Hollywood sanitizes its own history for mass consumption. It didn’t just consume Conrad and LaRoy; it packaged and sold their story.

It’s common to describe movies about the process of movie-making as “love letters” to cinema. At times, Babylon feels like a suicide note. There’s something incredibly bleak in the way that Babylon consciously reframes Singin’ in the Rain, one of the most joyous celebrations of cinema ever made, as a relentless cynical exercise that grinds human suffering into feel-good sentimentality that can itself be presented as a wholesome feel-good narrative to strong box office returns.

Hollywood has always loved movies about Hollywood. The Artist and Argo won the Best Picture Oscar back to back. Within the past six years, La La Land, Once Upon a Time in Hollywood, Mank, and Licorice Pizza have all been nominated for the prize, and that discounts love letters to specific genres like The Shape of Water, movies more broadly about stardom like A Star Is Born, and films more tangentially associated with movie-making like Marriage Story.

Like La La Land before it, Babylon is a movie made by somebody who loves movies. Though it runs over three hours, Babylon is propulsive. Chazelle clearly enjoys the opportunity to recreate classic Hollywood in painstaking detail, and extended stretches of the film are spent on evolving sets that have been lovingly crafted. Babylon captures the hedonism and depravity of the industry, but it also understands the magnetic pull of this decadence.

However, Babylon is ultimately bittersweet. The only characters to survive do so by getting out. Manny and Sidney walk away from Hollywood and seem to have few regrets. Conrad and LaRoy are consumed by it. Realizing that he is now just a backup player used to prop up second-rate material, Conrad takes his own life in a hotel bathroom. When Manny tries to take her away from Hollywood, LaRoy flees into the endless night; she dies years later, barely making the papers.

It is fascinating, and a little bit depressing, that Chazelle is so relentlessly (albeit understandably) cynical about the industry in which he works. It makes sense for older directors like Steven Spielberg or Quentin Tarantino to contemplate the state of the industry, but Chazelle is still relatively young. When he claimed the prize in 2017, Chazelle was the youngest filmmaker to ever win the Best Director Oscar. He is only 37 years old, and Babylon feels very funereal.

Then again, there is reason for this cynicism. Babylon unfolds across the late 1920s and into the early 1930s, charting the lives of its characters as the film industry goes through various transitions. As with Singin’ in the Rain, the biggest transition is towards sound. The first talkie, The Jazz Singer, is a major plot point in both films. In Babylon, Manny attends the New York premiere and rushes out to call Conrad. “Everything is going to change,” he warns the star. 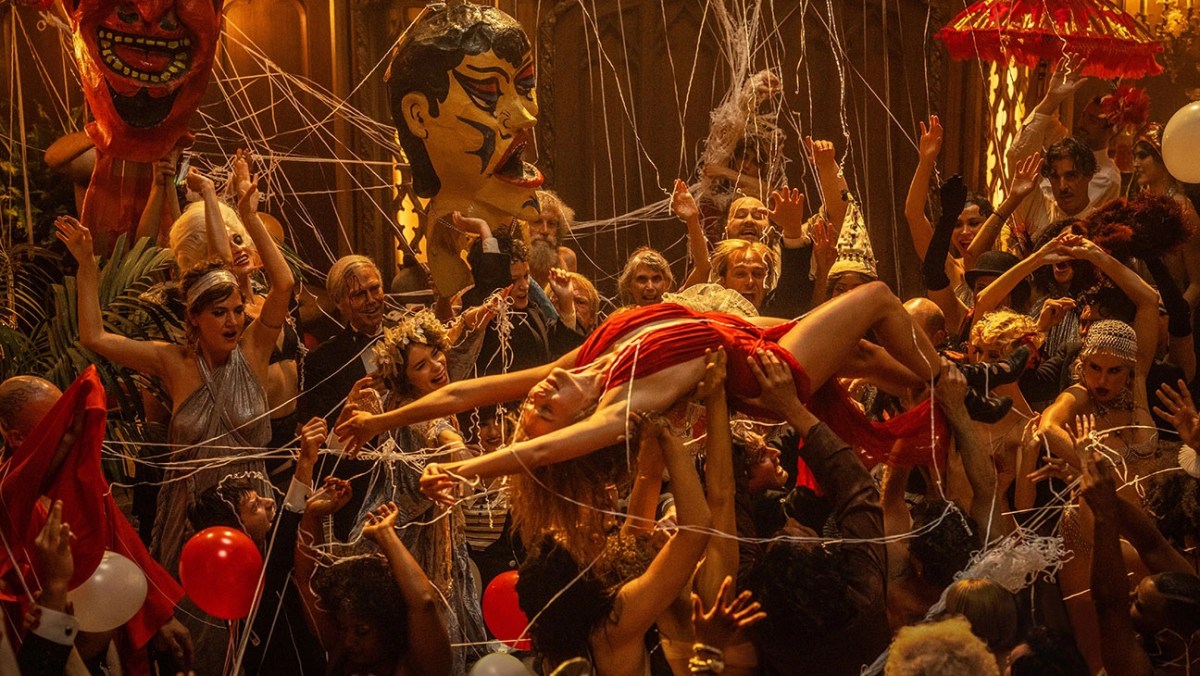 The film mentions efforts to outwardly sanitize Hollywood’s reputation, and it makes allusions to scandals like those concerning Roscoe “Fatty” Arbuckle. However, Babylon isn’t interested in details like the gossip around Charlie Chaplin, the murder of William Desmond Taylor, or the growing efforts of Will Hays to regulate the industry. It’s a curious oversight within a film that otherwise purports to offer a much more grounded and honest exploration of Hollywood’s transformation in that period.

That said, maybe the particulars don’t matter. Late in the movie, gossip columnist Elinor St. John (Jean Smart) warns Conrad that this is just how Hollywood works. The house is always burning down, and the industry’s highest-profile players are always trapped within it. The industry keeps reinventing itself. It changes and grows. Through each of these changes, it discards what it no longer needs in order to survive. People like Conrad and LaRoy are ultimately expendable.

It is no surprise that Chazelle should be drawn to a story like this. The film industry is in flux. The business is struggling (and failing) to pivot to streaming, which has had serious consequences for those who work in the field. Nobody knows what the future of film production and distribution will look like, and there are questions about who will survive the transition. If Singin’ in the Rain was about the fear of television, Babylon is perhaps about the fear of a more modern revolution.

Of course, Babylon doesn’t exist in a vacuum. Plenty of this year’s movies have a similarly anxious undertone. Indeed, it has been simmering for quite a while. Babylon is in conversation with plenty of these classic cynical movies about Hollywood, a genre that dates back (at least) to What Price Hollywood?, the movie that inspired A Star Is Born. Even the casting of Eric Roberts as LaRoy’s father, a huckster trying to profit off a beautiful blonde, recalls his work in Bob Fosse’s Star 80. 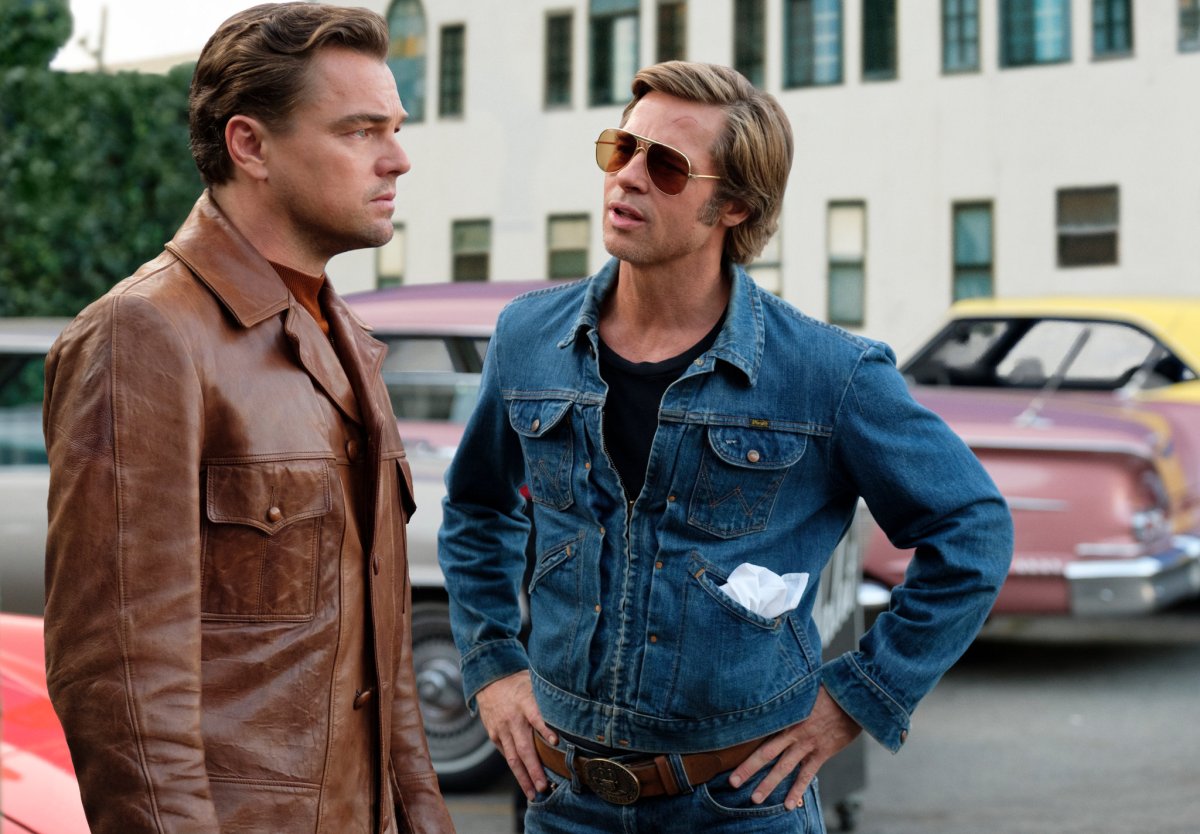 The most recent movie evoked by Babylon is Quentin Tarantino’s Once Upon a Time in Hollywood, to the point that Chazelle’s movie occasionally feels like the coke-addled evil twin of that Best Picture nominee. The parallels are obvious even looking at the cast. Brad Pitt and Margot Robbie are part of the leading triptych in both movies, and their roles even mirror one another. This is most obvious with Robbie, who plays a seemingly doomed blonde in both films. (Returning to Hollywood, Manny contemplates a portrait of Marilyn Monroe.)

Of course, Leonardo DiCaprio was in Once Upon a Time in Hollywood but isn’t in Babylon. Even then, Chazelle leans into the comparison. Babylon features supporting performances from three of DiCaprio’s infamous “Pussy Posse”: Tobey Maguire, Lukas Haas, and Ethan Suplee. Maguire even co-starred with DiCaprio in The Great Gatsby, and his performance here has shades of DiCaprio’s other collaboration with Tarantino in Django Unchained. DiCaprio isn’t in Babylon, but he haunts it.

The absence of Hollywood’s “last movie star” becomes a point of emphasis. Once Upon a Time in Hollywood is a romantic fantasy and a slice of revisionist history, just like Singin’ in the Rain. Tarantino rewrites that traumatic moment in Hollywood history so that Sharon Tate (Robbie) survives. Unlike Conrad and LaRoy, Tarantino’s fictional movie star Rick Dalton (DiCaprio) goes on to have a rich and varied career, to the point that Tarantino has published an account of his work. 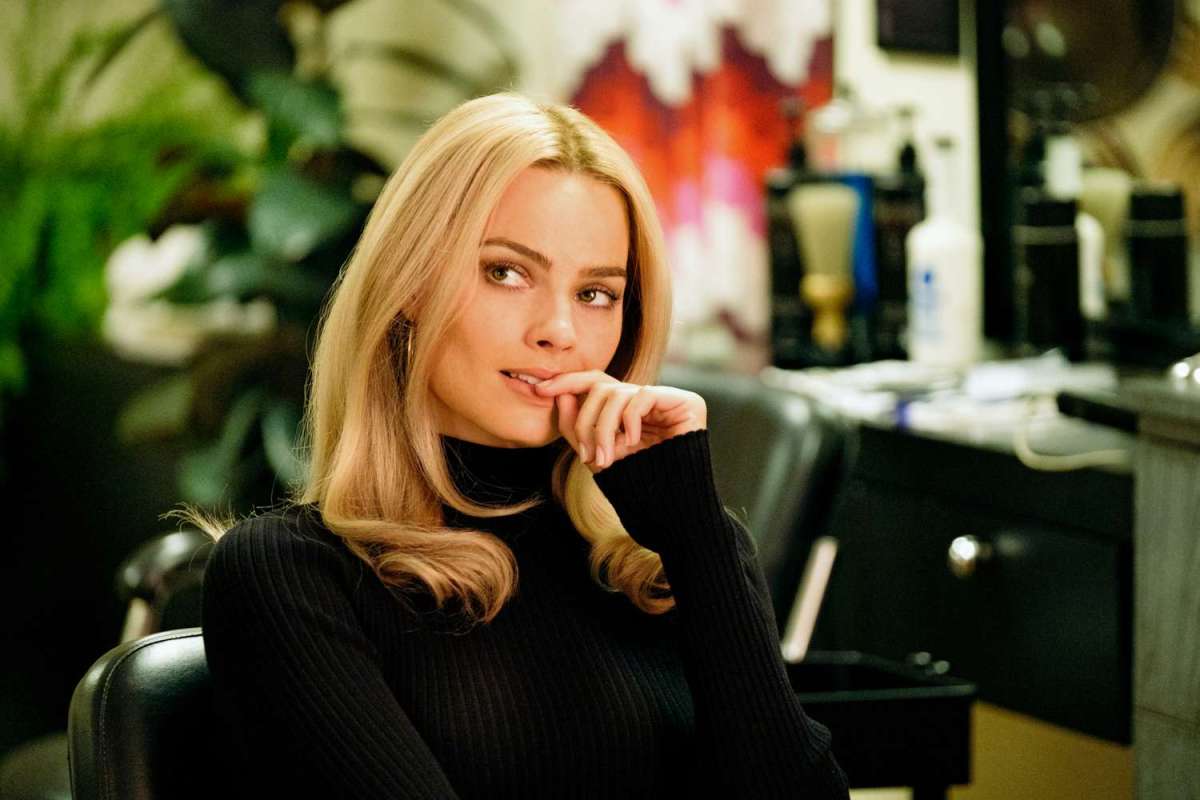 Babylon exists in conversation with Once Upon a Time in Hollywood, serving as a blunt rejection of the romanticism of Tarantino’s comforting alternate history. Reality cannot be rewritten or erased, no matter how comforting that might be. To be fair, Chazelle finds some comfort in the idea that it is the below-the-line workers of Hollywood, the makeup technicians and the boom-mic operators, who last and provide institutional memory, even as stars inevitably go supernova.

This piece opened contemplating the closing images of Babylon, but Chazelle plants his flag during the movie’s opening sequence, as Manny tries to get a truck carrying an elephant up a steep hill. The motor strains. The wire snaps. The creature will not make it all the way to the top, unless it sheds its weight. It does this in the way that all animals do, covering Manny in excrement. It’s grotesque and horrible, but the elephant makes it to the top of the hill. The show goes on.

It is not the most subtle metaphor for a system that chews people up and ejects them when it has no further use for them, but it works. 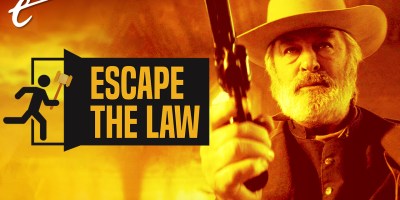