I watch, unsympathetically, as the man who lives in Apartment 2 is beaten by a large police officer and carted off to prison. I am without sympathy – the man pushed my daughter and was a drug addict. I know about the assault because my daughter told me. I know about the drugs because I installed a security camera in the smoke detector in his apartment. I don’t feel bad about what I’ve done – he was a bad man who did bad things, and now he is gone. The apartment building that the government has tasked me with running is better now that he’s gone, and now I can go back to spying on the rest of the tenants. I fix up the apartment, and a nice, albeit lonely, doctor moves in. 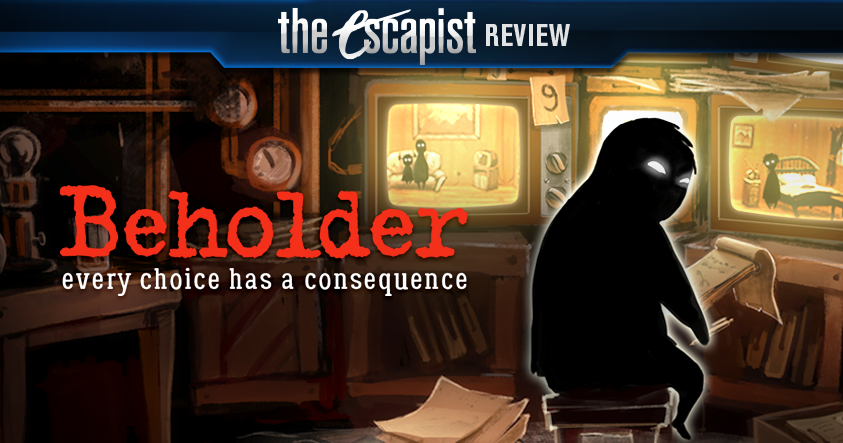 My next task is less clear. Every day, new government directives come through. The originals – like it being illegal to harbor a criminal or create drugs – make sense. But then apples are forbidden. It is illegal to wear jeans. Certain books are prohibited. Suddenly, I’m tasked with evicting the very stubborn Klaus Schimmer. Schimmer lives in Apartment 1 with his wife, and doesn’t appear to have committed any real “crimes.” Sure he’s in possession of some banned books – but books? Come on. He lent my son schoolbooks. His wife gave my wife a large saucepan. By all accounts, they seem like decent people. I do everything in my power to help him escape instead of facing imprisonment. Unfortunately, my daughter’s health has been deteriorating, and I can’t afford the spectacularly expensive medication needed to save her life. She dies because I couldn’t complete my task of getting rid of Schimmer quickly enough. The next play through, Karl shoots me just outside his apartment. On my third attempt, the police arrive, beat the daylights out of Klaus as he and his wife cry, and take him away. In her misery, his wife packs her belongings and leaves. I call the Ministry to report my success and collect my cash. All things considered, it was the best outcome – for me. 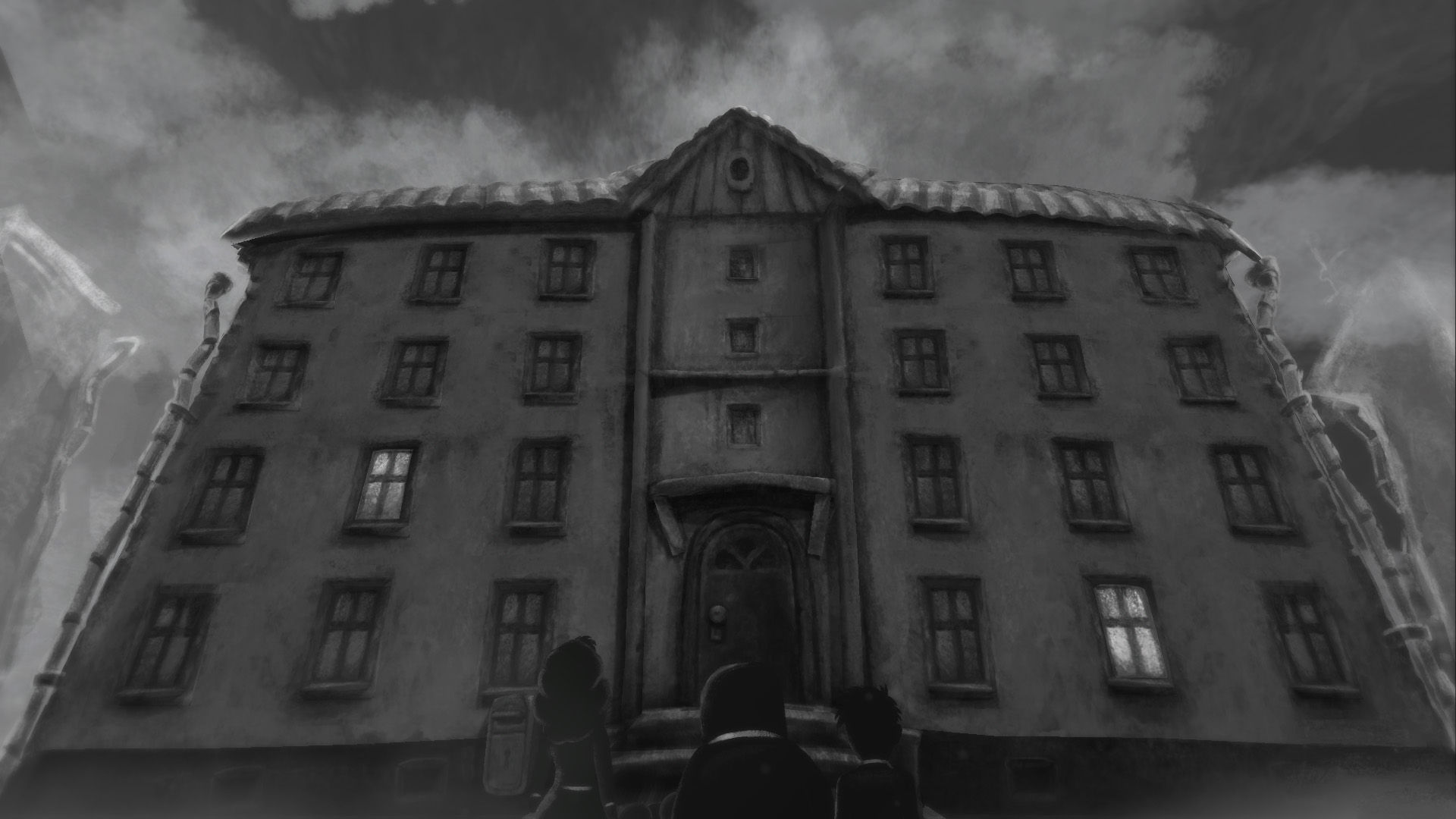 Beholder is a Papers, Please-reminiscent point and click adventure that casts the player in the role of Carl Stein, landlord-turned-spy, who is tasked with collecting information on his tenants, reporting their crimes to the government, and collecting rewards for doing so. Beholder is a game about oppression – and you are the oppressor. The art style of the game is dark and grim. Each character is little more than a silhouette with eyes, distinguishable from one another by little more than their size and shape. This makes it easier to dehumanize the characters enough to turn them over to the government for the crime of owning fish, although only slightly. Beholder is an atmospheric moral dilemma wrapped in a resource management investigative adventure game, set in dystopian 1984. Every choice you make will lead you to a different type of heartbreak as you struggle to juggle your duty to your government, your opportunity to rise against that government, and your obligation to your family. 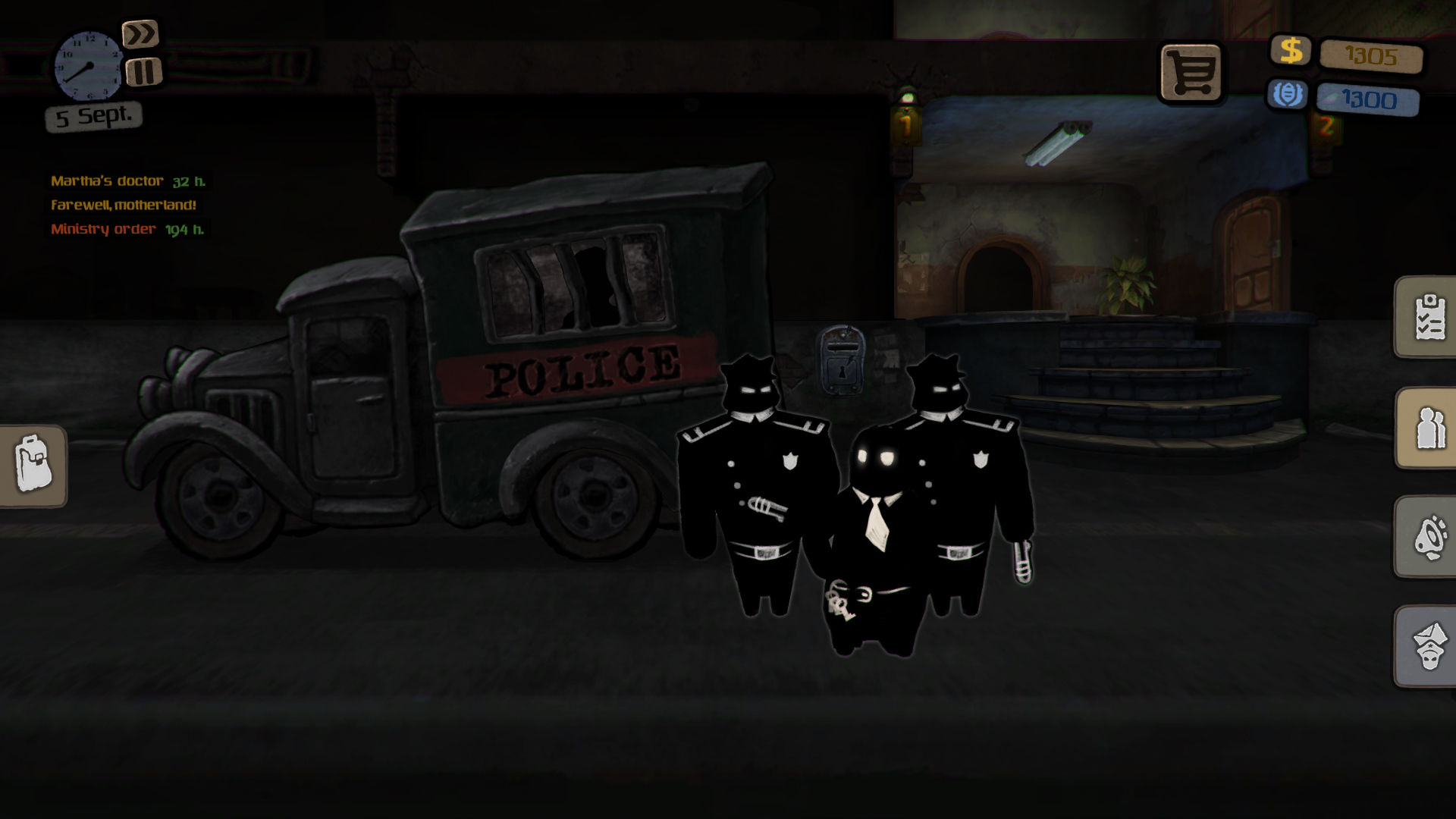 It’s always exciting when I find a game that causes me to feel something – anything – about the decisions I’m forced to make. At any given time, I was juggling four to five different quests, each as demanding as the last. All the while, I watched the hours tick down on my daughter’s life. I needed $20,000 to save her life, but the claustrophobic complex that has become my entire life seems to bleed money from me, and I have to be careful who I blackmail. Even more so, a game that makes me want to immediately close out and start over, no matter how much time I’ve put into it, because I’ve let something terrible happen. Money is always short, repairs are always needed, and there never seems to be enough to go around for anyone. The amount of branches in the narrative are near-staggering, with what seems like an infinite number of outcomes. You can report on your tenants, help them, or even blackmail them, and depending on what you do – and how you respond before and after you’ve done what you’ve done – there can be half a dozen or more different outcomes for any one situation. The choices are hard, and the aftermath never feels entirely worth the stress. Just like, I’d imagine, they would in real life.

Beholder is the type of game that feels both far-fetched and familiar, holding up a mirror to our own world while still feeling distant enough to force the player to use their imagination. I ended up questioning decisions I made, wondering whether or not I was as good a person as I thought I was, and in desperate need of a glass of wine after a handful of playthroughs. Then, I went back for more.

Bottom Line: Beholder feels like it isn’t saying much politically, while still shouting at the top of its lungs about what is and what could be. It’s an interactive moral dilemma that will force players to rethink everything they thought they knew about themselves.

Recommendation: If you’re a fan of suspenseful political games that balance surveillance and resource management with a dystopian setting, then Beholder is definitely worth picking up.